By now, you have hopefully seen Jonathan Lane’s fantastic Axanar Universe fan film, ‘Interlude’. Did you know that at the last minute, it ALMOST DIDN’T HAPPEN??

While showing the video to someone in the Axanar Fan Group on Tuesday (where I am a Moderator), I was shocked to discover there was a blurred out image over the Chief Engineer of the USS Artemis, something not seen during the Premier. Why on earth would they make a change like this to an already released fan film, and why blur out one actors face?

As it turns out, it comes down to ego.

The actor in question was Paul Jenkins. For those who don’t study the ins-and-outs of fan films, (or follow the blog), Paul was hired by Alec in October of 2017 to help with the script of the next two episodes off Axanar.  Paul really wanted to try directing as well, but Alec was loyal to Rob Burnett, who stayed behind in LA when they moved the studio to Atlanta,.  When Rob Burnett quit Axanar, Alec decided to give Paul the chance, despite his limited experience. In fact, Paul was such a part of the Axanar family, that he even appeared as ‘Unnamed Commander in Engineering’ in ‘Interlude’ when it was shot in October 2019.

Unfortunately, as detailed in the post on the ‘Captains Log’, Alec eventually had to fire Paul in June 2020 for ‘unprofessional and inappropriate behavior’.

Thus, it must have been shocking to the people at Avalon Universe, when 24 hours before their planned premier, Paul sent an email to Jonathan (Producer/Writer) and Josh Irwin (Director of Photography/Editor) demanding his image be REMOVED from ‘Interlude’.

Fifteen months between shooting and release, (and ten month since his firing) and he waited until the day before to make such a demand. What kind of person would do something like that??

Sadly, this isn’t the first time he has done such a thing.

After he was fired in June 2020, Paul demanded that Alec not use the footage that was shot in October 2019. Why? He claimed he had intellectual property rights, because he was the Director! When he discovered that had zero basis in the law (or reality), he then filed a Copyright claim (as a co-writer) to stop the use of their collaborative script. Well, Paul found out that being co-writer didn’t give him any veto rights over what the other co-writer can do, and so just when you think he couldn’t sink any lower, Paul hired a new lawyer who filed a fraudulent copyright claim against Alec, stating the ENTIRE revised script was solely written by Paul.

We all know Axanar is Alec’s baby – does anyone honestly believe he’d relinquish sole control of a script that he has written and rewritten multiple times? All these copyright claims Paul made were also in violation of the CBS Fan Film Guidelines – something Alec would have been required to notify CBS of, per their settlement. Shockingly, (okay, unsurprisingly) CBS Legal has not done anything about it – showing just how much they care about their own ‘guidelines’.

The saddest part of all this, is that if Paul gets his way, he’s only hurting the fans that donated over $60,000 to fund the October 2019 shoot. (Again, read the Captains Log above for where Paul originally failed).

Sigh…. This is why we can’t have nice things.

Hopefully, Paul will stop acting like a bitter, angry child. Those blurred scenes he is in only distract from the pulse pounding action in ‘Interlude’.  The good news is, Josh Irwin visited the Ares Studios Set two weeks ago and totally reshot Paul’s scenes, and this week a new version of Interlude will be released, with a new engineer and no Paul Jenkins. 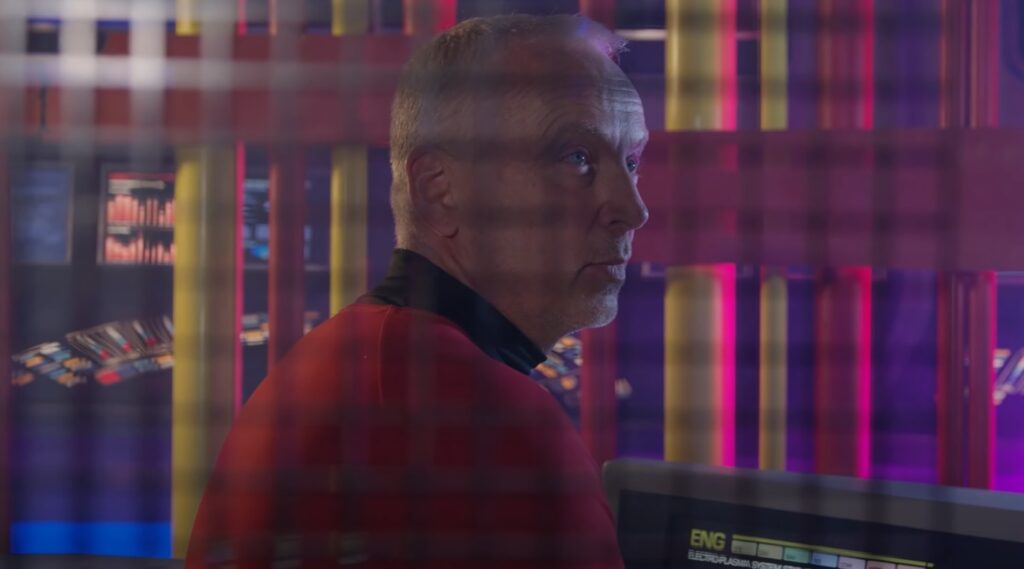 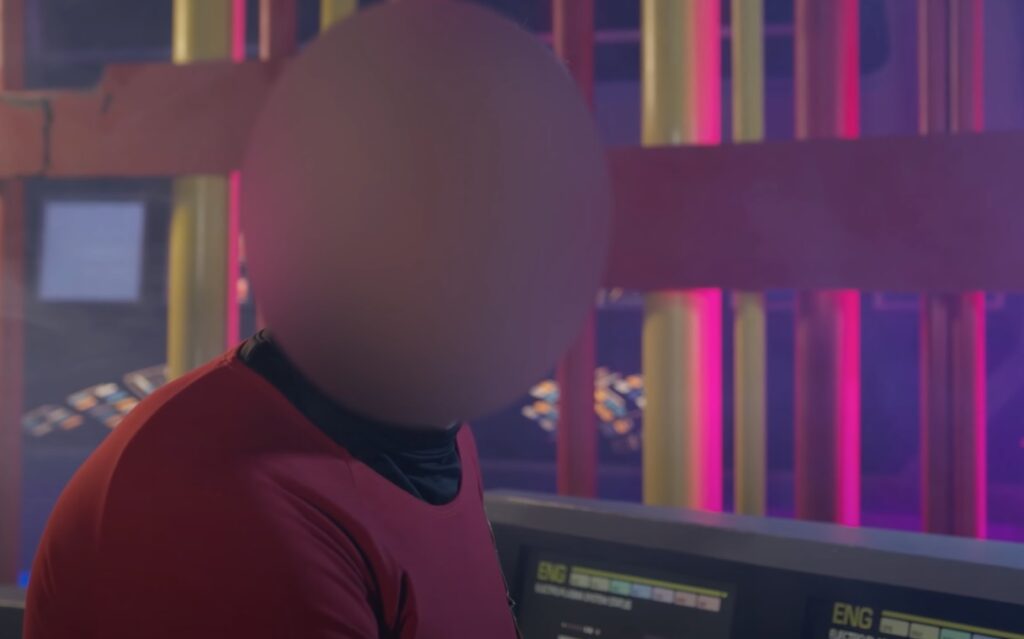