OK, first, if you haven’t read the statement, go read it here:

Now that you have dissected that, what does it mean?  Well, first and foremost, we get to make Axanar, though in an abbreviated form. The original script we were set to shoot was about 100 pages.  In Hollywood that means about 100 minutes.  Well, now we only get 30 minutes.  So we have to cut it down.

What form will that take?  Well, we are going to have a big planning meeting with our core team in the next two weeks where we discuss everything, and come up with a plan.  It is possible the two 15 minute episodes will be two more episode of The Four Years War documentary, as that is a great story telling format, which we have prove ourselves able to execute.

We also are awaiting the report of the Independent Financial review Committee so we can send all donors the financials with where every dollar of donor money went.

So expect to start getting more info in the coming weeks.

And I for one am now not under the threat of a lawsuit and financial ruin for the first time in 13 months.  So between that and us now being able to make Axanar, we have been celebrating a bit today.  So tonight it was Pizza!

And yeah, we had some fun with our favorite pizza place, Mod Pizza. 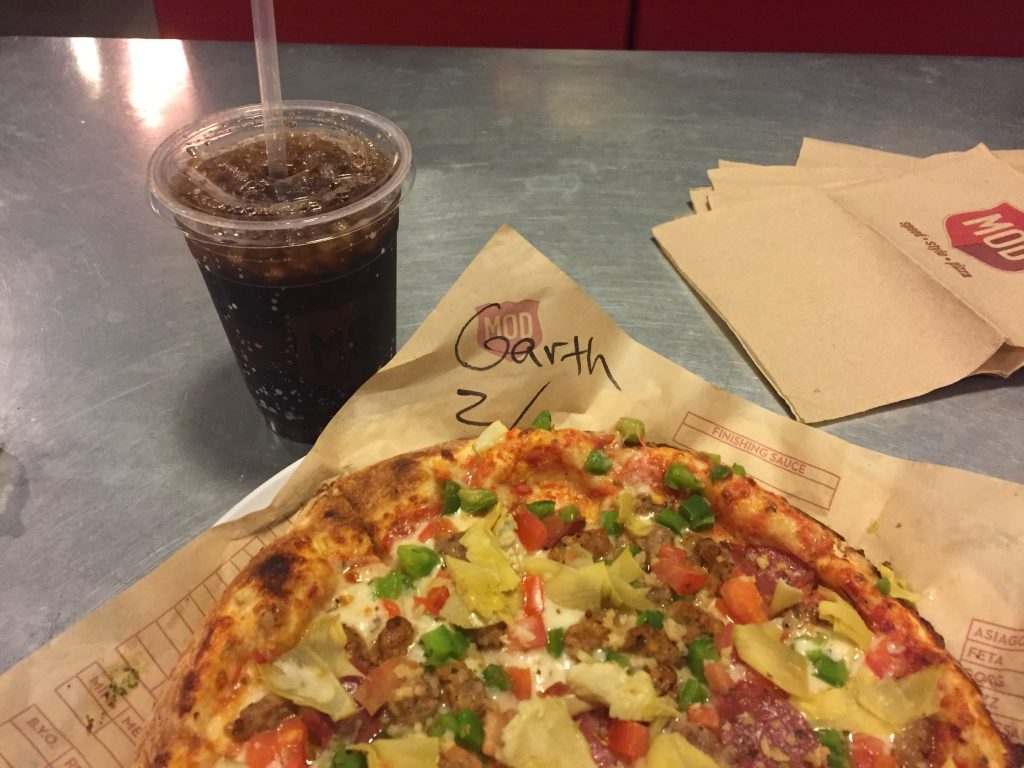