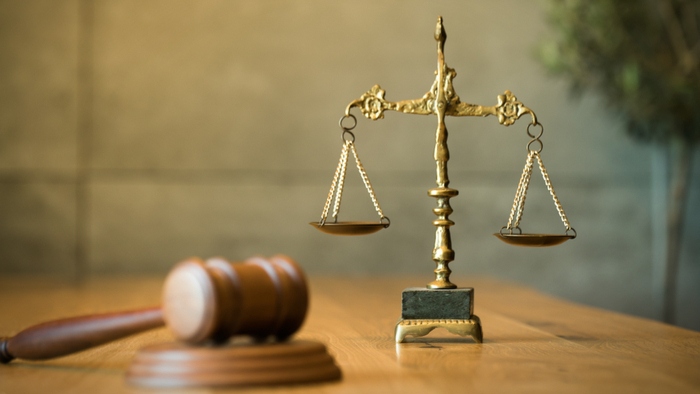 While we try and keep everyone updated on the production of the next two episodes of Axanar, we also don’t always share the behind the scenes drama that is so common in entertainment, as you are here for great Star Trek, and not a reality TV show.  And while Axanar had its share of problems with the CBS/Paramount lawsuit in 2015-2017, lawsuits are not exactly a business plan.  Unfortunately, on August 12, 2020, Axanar Productions was forced to sue our former director, Paul Jenkins of Meta X studios (https://metaxstudios.com/), for filing a fraudulent copyright on our script and making what we believe to be false and defamatory statements in a press release.

Why did we fire Paul Jenkins?

After working on Axanar for over two years, Paul Jenkins was fired on June 20, 2020 for what Axanar and its management believed to be inappropriate and unprofessional behavior. Mr. Jenkins actions included inappropriate conversations with Crysstal Hubbard, (a producer on Axanar and Alec Peter’s  fiancé), and a profanity-laced email sent on May 4, 2020 to Alec Peters.  We all know that Hollywood is a different place, but typically, when you are fired from a film production, the common practice is to follow Hollywood’s #1 unwritten rule – “don’t burn your bridges.”  Unfortunately, Mr. Jenkins failed to follow this rule and proceeded apparently and for some unknown reason to do everything in his power to destroy Axanar.  That is especially bewildering since at one point, Mr. Jenkins tried to take over Axanar, even demanding that the story and production be turned over to him as he wanted, at least at that time, to be a film maker and apparently thought he knew better than the creator of Axanar how Axanar should work.

The situation that led to Mr. Jenkins being fired started during the three-day film shoot of Axanar in 2019, when multiple situations arose that were not handled well by Mr. Jenkins or his hand-picked producer, Scott Conley. Actors and crew had issues with the way Mr. Jenkins was handling filming, and veteran Star Trek actor JG Hertzler, who portrays Admiral Sam Travis, made it known that he didn’t think Paul knew what he was doing.   Worse yet, when a memory card malfunction happened, and parts of three actors performances were lost, Mr. Jenkins’  producer — Scott Conley – and Mr. Jenkins failed to tell me about the problem immediately so we could have reshot the scenes while the actors were still present at the shoot.  To make matters worse, Mr. Jenkins blamed current Axanar Director of Photography Geoff Fagien for Mr. Jenkins’ own failure to manage the shoot under his direction.

Later, we would discover that most of the footage Mr. Jenkins shot was not up to the standard Axanar has set for this production and was essentially unusable.  The performances of the two best actors we had (one an Emmy-winner) were weak and costumes often looked disheveled.  In our opinion, it appears that Mr. Jenkins was more interested in being part of the actors performance than in paying attention to how things looked through the camera.  Prelude to Axanar has a very specific look, and Mr. Jenkins had been instructed to make sure he adhered to that look.  Unfortunately, Mr. Jenkins apparently had his own vision and we now find ourselves reshooting much of the footage.

False claims of ownership and a fraudulent copyright

When Mr. Jenkins was fired, he, through his then business partner, Sarah Boyd, claimed that the footage shot in 2019 could not be used since he was the director.  Our IP attorney informed Ms. Boyd and Mr. Jenkins that a director simply has no such rights (something any professional director should know). Mr. Jenkins, for reasons unknown, then filed a copyright with the Federal Copyright office, identifying himself and Alec Peters as co-authors.  Mr. Jenkins then claimed that the copyright filing prevented Axanar from using the script and thus the footage shot from the script.

Again, our IP attorney pointed out that being co-authors does not give one author the right to prevent the use by the other author.  You would think someone who claims to be a professional writer would know this, but again, Mr. Jenkins shows a rather unique “understanding” of copyright law.

Then, after twice failing to prevent the footage from being used, Mr. Jenkins filed yet another copyright claim that contradicted his first copyright filing.  This time, Mr. Jenkins claimed to be the sole author of the editing work that he and Mr. Peters had done together over the previous 3 years.

We have now been involved in this lawsuit for over a year and a half, and we have given Mr. Jenkins multiple settlement offers that would have cost him nothing.  But for some inexplicable reason, Mr. Jenkins seems hellbent on either destroying Axanar or delaying it’s release, not caring about the thousands of donors and crew members who his actions impact.

So, while the lawsuit grinds slowly through the courts, we continue work on Axanar and are very excited to be planning the last 4 days of shooting, three of which will take place in Los Angeles in late summer.  If you live in the LA area, drop us a line and perhaps we can have an Axanar fan meet and greet while there.

Thank you for your continued support, and we look forward to finishing Axanar this year for you all.  Until then, remember, The tip of the spear, must be sharp.