Why We Do Axanar! 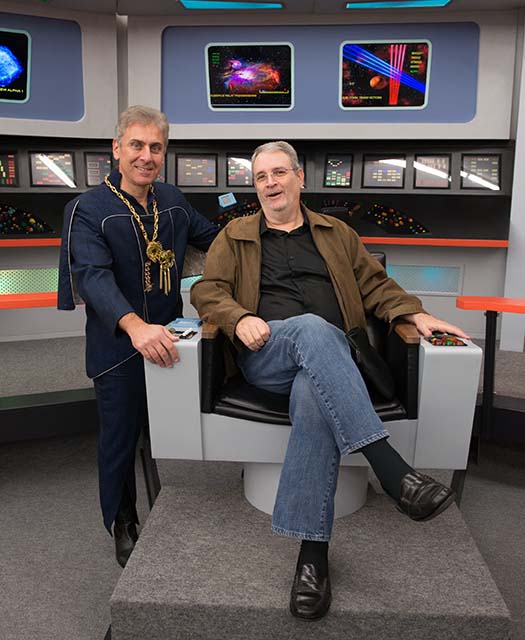 Now that the lawsuit is over, I thought we should address some of the nonsense out there about WHY we do Axanar.  As anyone who actually knows us knows, we love Star Trek.  In fact we love Star Trek as much as the fans who have made Axanar the phenomenon it is.  We aren’t doing this to make money or to promote our careers (although doing great work in any field always helps you with that).  We do Axanar, and have fought a long, hard fight in court when everyone else would have folded, because we LOVE Star Trek and love what we do.

Some fans have tried to paint me as someone who wanted to make a business off of Star Trek.  Oh please!  Yes, we raised more money than any other fan film, and yes we were paying people to work on Axanar (you cannot expect anyone to work full time for free, or for a professional to give up paid work to help you on your film).  But trying to make a business off of Star Trek?  Honestly, as a 20 year serial entrepreneur, as well as someone who went to law school and passed the bar, you would have to be stupid to waste your time treating Star Trek as a business to make money off of.

When we always said we were “professional” we were referring to QUALITY.  We were saying, we want Axanar to look like it came from a Hollywood studio.  That didn’t mean is was a PROFESSION.

If you actually have read about Axanar over the past three years, it is pretty clear that we do Axanar because we love Star Trek.  I wrote my first Garth story in the 1980’s when I was in law school.  When James Cawley invited me to play Garth in the episode “Origins” in 2010, I did it because I wanted to bring this character to life in a different way than we saw in “Whom Gods Destroy”.  My decision then, while I was in Port Henry shooting and talking to James, to write a script and make a fan film, had nothing to do with business or a film career.  And anyone who says otherwise is frankly, a moron (or a liar).  I spent almost 4 years working on Axanar before we even shot Prelude to Axanar.  And even then, all I wanted to do was to shoot Axanar on the sets of Cawley’s Star Trek New Voyages.  The studio was never my idea, but that of our then director, Christian Gossett who refused to work on those sets because he didn’t want to work with the fans who worked as crew, and claimed he couldn’t work on the bridge set because there wasn’t enough room to shoot (something Rob Burnett proved wrong when he shot “Origins” there in November of last year.)

Disappointing James, who really wanted us to shoot Axanar in the fall of 2014 was a real bummer and I wished we had shot there, because Axanar would have been done by now!  And playing Garth was something I worked long and hard for.  If wanting to make a profession out of producing films was my goal from the beginning, I never would have played Garth in Prelude and I never would have rented a studio.  Because acting doesn’t help you become a producer and managing a SOUND STAGE is not how you produce films.  In fact the ONLY reason we are trying to rent out the sound stage is to pay the rent.  I really don’t care to be in the sound stage business. 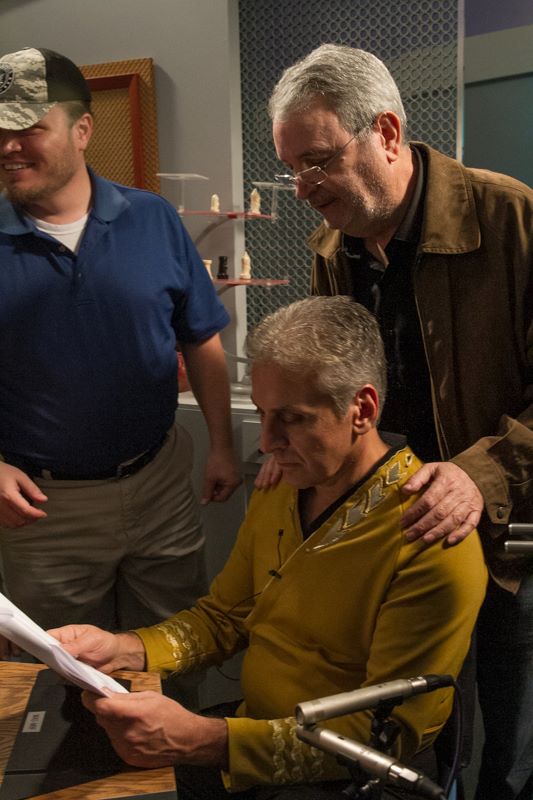 Axanar has been my passion project for 6 years because I love Star Trek.  Diana also loves Star Trek and has been a life long fan.  And Rob made a movie called Free Enterprise that starred William Shatner, fulfilling a life long dream for him.  Axanar is that film for me.

What Star Trek fan wouldn’t want to film a Star Trek fan film on an exact replica of the USS Enterprise bridge, with David Gerrold helping you on your script, like I had the great honor of doing in 2015 for the vignette “Heroes”.

And more than anything, I love that you the fans have shared this journey with me.  If I had the chance to make official Star Trek that fans didn’t like, or make a fan film that true Star Trek fans love more than the official version, I know I would choose the latter.

So THANK YOU all for helping me chase my dream, and create a new part of the universe we all love, even when being chased by Romulans!

P.S.  You can read about the beginnings of Axanar in the very first blog article I wrote here: