Why are we crowd-funding at a time like this?

Why are we crowd-funding at a time like this?

I’ve read some comments on social media recently asking if now is the best time to be trying to raise money to produce a fan film.  Whether it’s Axanar’s current campaign to raise $30K for our big Los Angeles shoot, or the Czech fan film Squadron trying to raise $15K or Marc Zicree’s Space Command attempting to reach $100K, there are currently a bunch of fan-run projects out there trying to raise money even though the world and its economy have gone a little (well, a lot) crazy in the last three weeks.

So why are we fundraising now instead of waiting until after things settle down?

Well, first of all, we don’t want anyone donating who can’t afford to at the moment.  Seriously!  Axanar isn’t more important than people’s health, safety and livelihoods.  So please take care of yourself first, take care of others second, and worry about Star Trek fan films much later.

But for those who can afford to give something, even if its as little as $10 or $25, every bit helps.  Right now, we just past a quarter of the way to our goal, and there’s still nearly two months to go.  But two months from now, or three or four, whenever we’re no longer sheltering in place and things go back to normal, I’d rather us be able to hit the ground running with the money we need to begin our fourth and final studio shoot.  So that’s why we’re not suspending our efforts to fund-raise until the crisis is over.  Even if donations are only trickling in at the moment, every dollar brings us that much closer to completing Axanar, a dream we’ve all shared for many years. 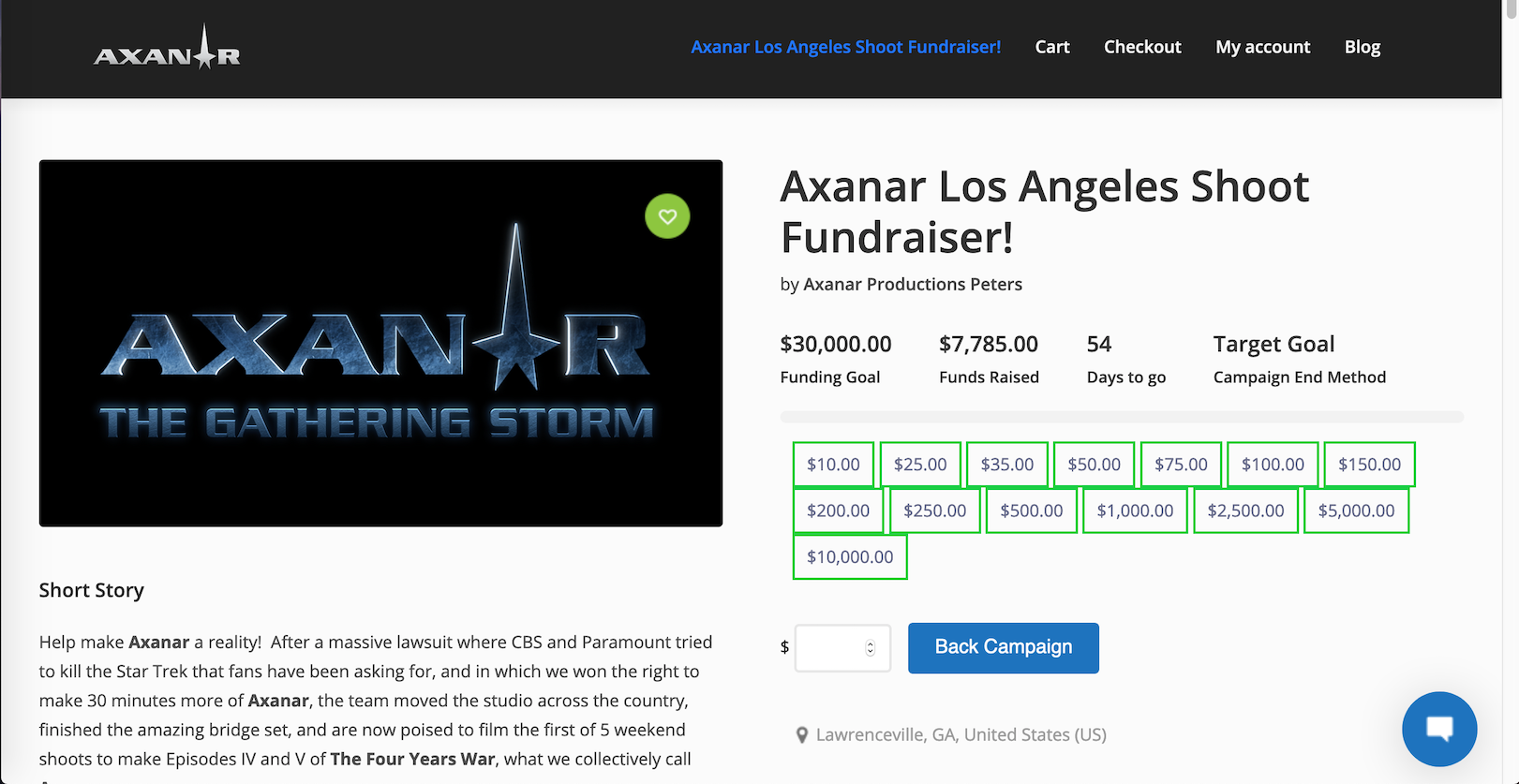 We have raised 25% of what we need in less than a week!

In a recent blog post, our friend Jonathan Lane said that Star Trek and the fan films that spring from it represent optimism and hope.  And that’s always been what Axanar is all about.  We survived a $100 million lawsuit from not one but two Fortune 100 companies.   We survived a 3,000-mile move across the country.  Fans donated both money and time, with volunteers driving through multiple states to come help us unpack, set up, build, and ultimately film.  All with one thought in mind, “Let me help.”

Axanar IS hope and optimism.  It’s a felling that, together, we can do this and have the Star Trek we all want.  And right now, with the Coronavirus pandemic changing our lives, unsettling many of us with growing uncertainty on a daily basis, the message of hope and optimism, of believing and knowing that “we CAN do this” becomes all the more important.

So yes, maybe Axanar is just a Star Trek fan film. But as I and other Axanar fans and supporters watch our donation total grow, even if it’s just $10 higher today than it was yesterday, it gives us a feeling of progress, of optimism and hope.

And that’s why we’re still fundraising.