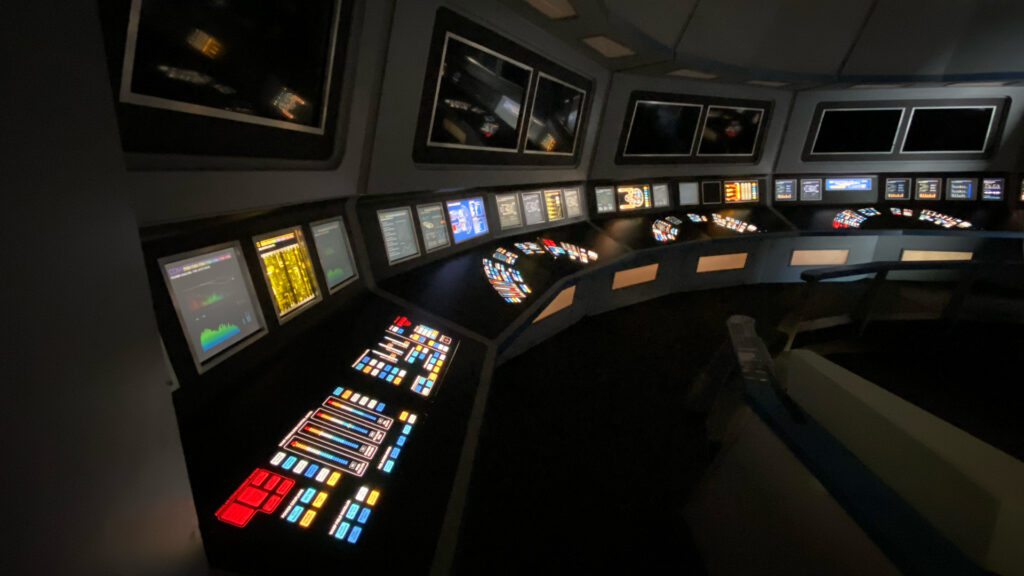 Dana Wagner is in charge of our set at Ares Studios and has been upgrading the bridge set with new lights on the consoles, ditching the old fluorescent fixtures we had previously.

I was able to complete the bridge console lighting upgrades today. One of the benefits of swapping to LEDs is that I could tap into the existing power supplies that are already driving the eye-level plexis, since the transformers are rated at a significantly higher output than the LEDs require. In fact, the consumption of these strips is so low, the entire lot of consoles (14 sets total) are using less power than one of the fluorescent Kino-FLO bulbs we were using before. That’s going to reduce our electrical footprint by nearly 1000 watts. They look great too. 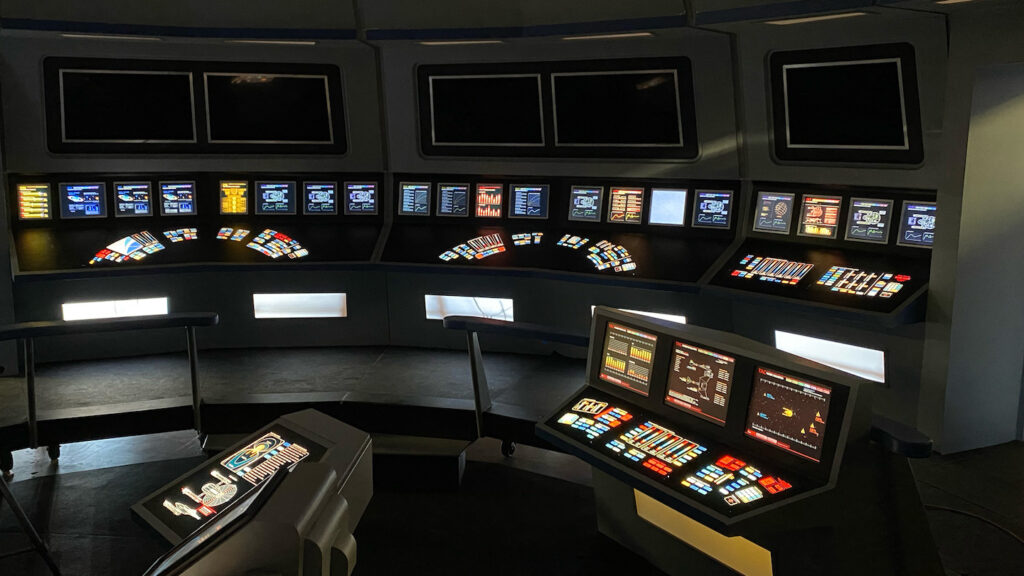 Work on the bridge continues to improve the lighting and restore it to perfect filming condition. 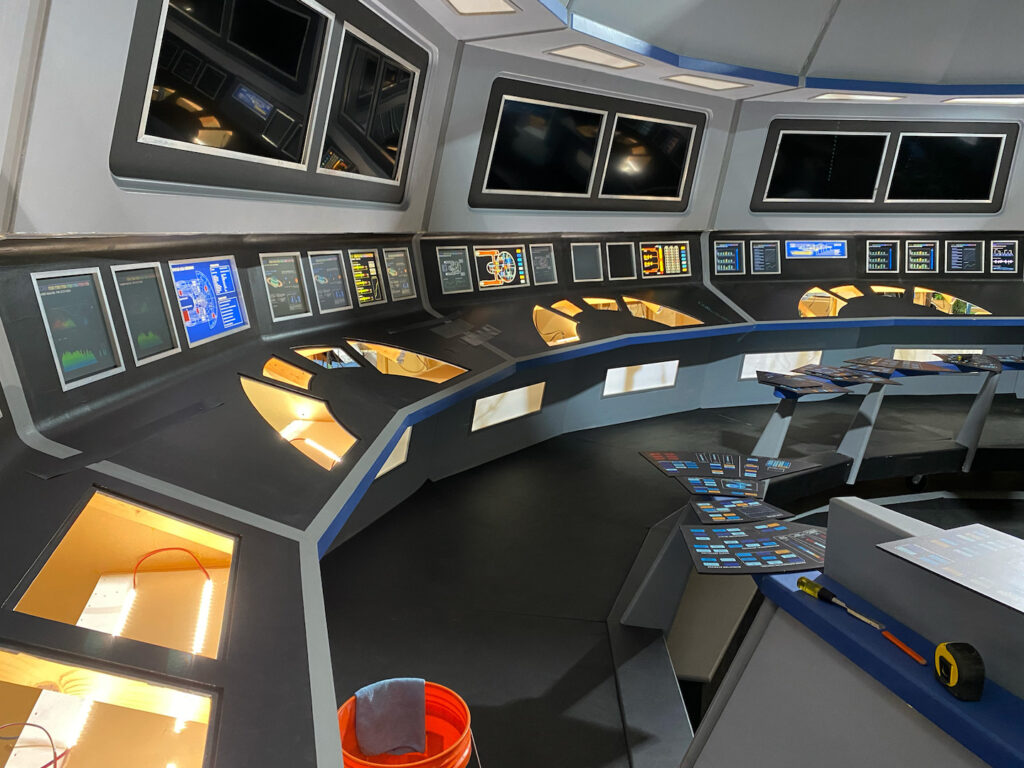