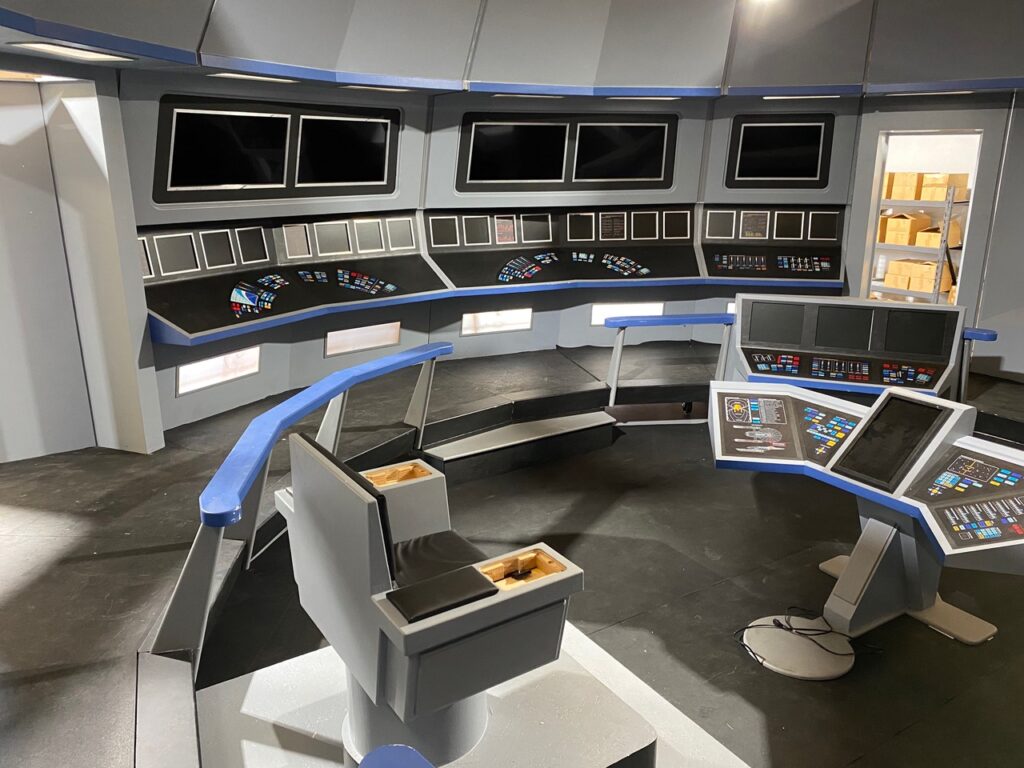 Dana and his team of stalwart volunteers (This time Scott Good and Paul Osborne)  spent the day yesterday finishing the reassembly of the bridge set, and it looks great!  Here is Dana’s recap of the day’s activities:

Scott, Paul, and I had a really productive day at the studio today. We still needed to re-adjust the first small section to the right of the view screen – which had an alignment issue due to a construction error when the piece was originally built (if you can believe that – someone cut a piece about 3/8-1/2” short). We unsecured the top section, coaxed that into its proper place, and made some leveling corrections where the deck was still racking in a few spots. We reassembled all of that, then I installed new 8-inch bolts to re-connect the smaller sections we had to cut apart during the last move. All the consoles are now screwed into position, and all the connecting bolts are installed and snugged up – something that never even happened at the old studio. The bridge alignment is also in far better shape than we were at the old studio – with those horrible gaps all but gone, and I had Scott shim any of the wheels that were still off the floor on the inner ring to help eliminate any creaking when people walk about. 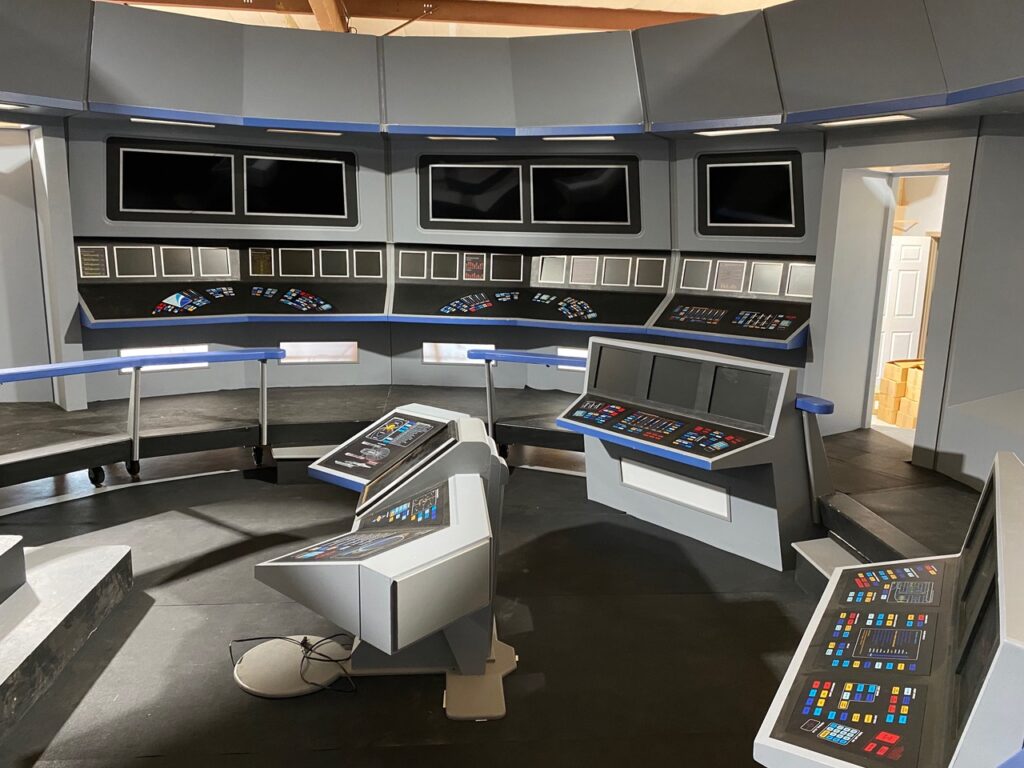 While Scott was shimming and cleaning up, Paul and I  brought in the Fleet Ops and Tactical forward stations, got those installed, and put down the rubber mat in the command pit. Then Paul reinstalled the upper and lower bulkhead plexis, and I rounded up all the console control panels and set them in their correct locations. The last big thing of the day was unboxing all the TVs and placing them in the correct spots (yes they have specific places, since we have three different models of TVs we need them to color match as closely as possible). 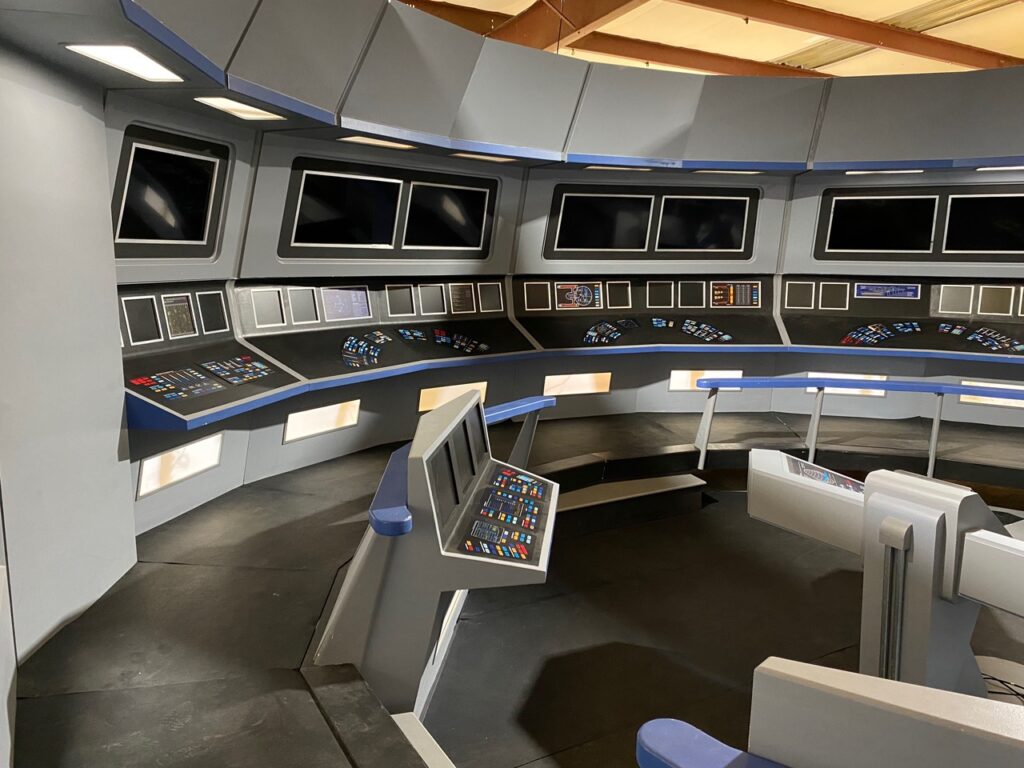 There’s still so much to do and clean (so much dust), but a great start and a great day hanging out with the guys for sure! 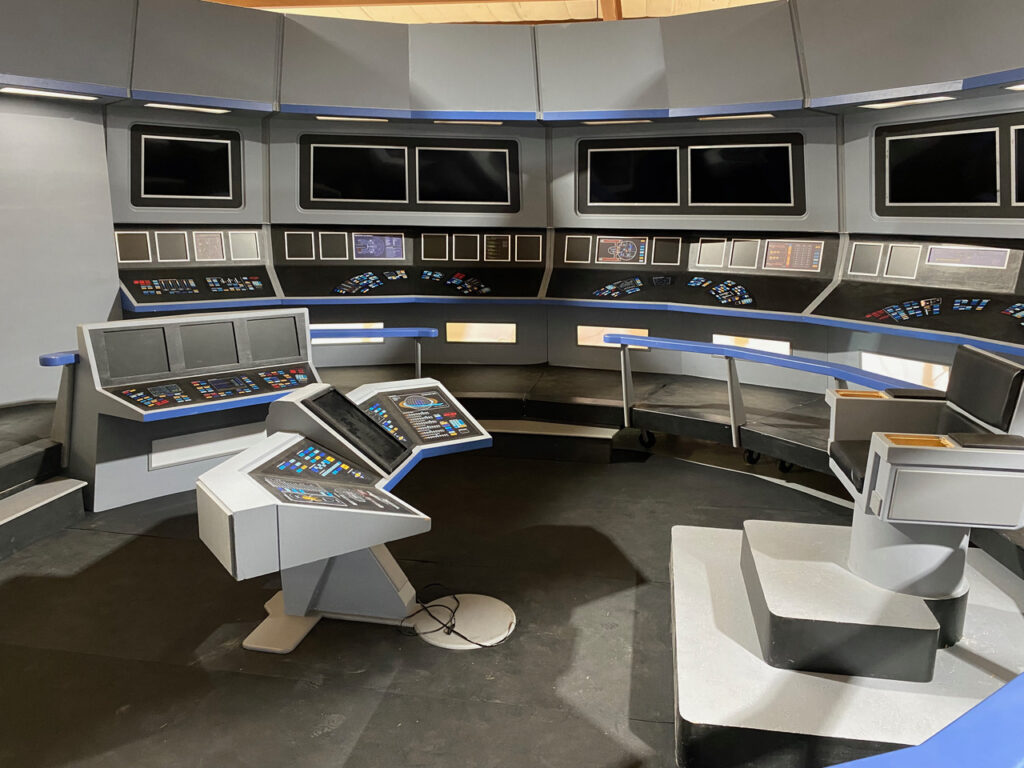 Thanks to Dana, Scott and Paul and all the Atlanta volunteers!