Axanar is at the Las Vegas Star Trek convention and our booth goes live at 10:00am today!

Here is the Trek Fan Film Track schedule for this week:

Team Axanar will be at every panel to support our fellow creators. All panels are in the Deforest Kelly Theater. 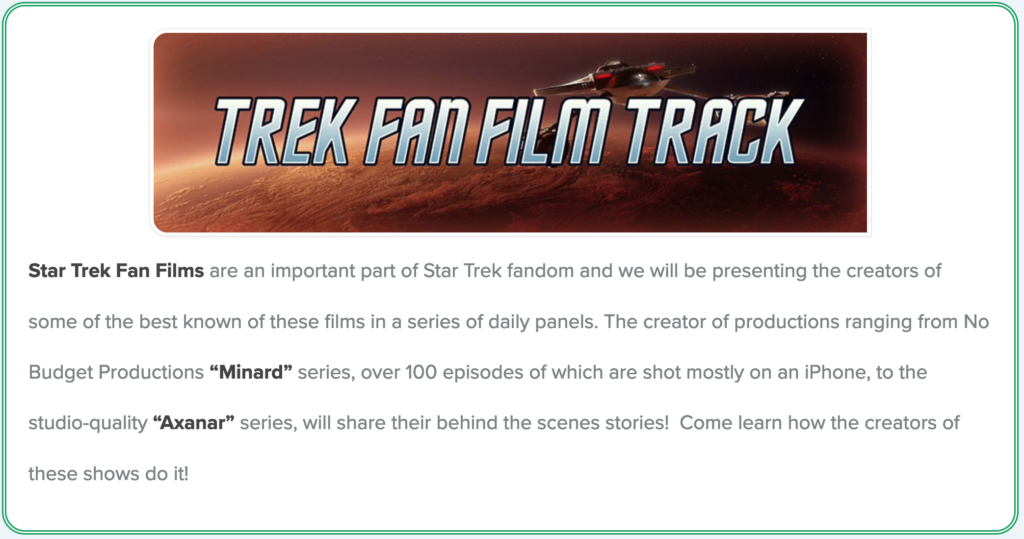