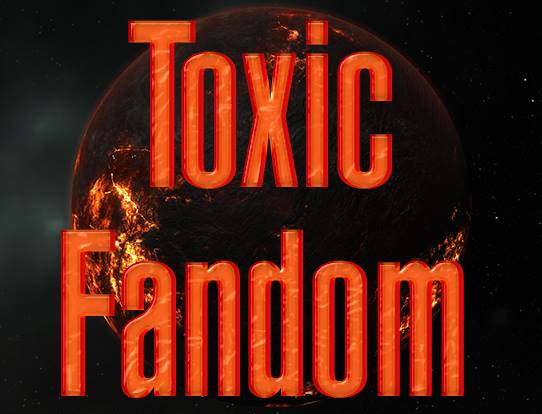 Believe it or not, even nearly half a decade after Axanar Productions and CBS/Paramount settled our year-long lawsuit and walked away amicably, several dozen fans (we call them “haters”) are still not letting this go.  They have literally threatened Alec Peters and his girlfriend Crysstal Hubbard, both with attempts at professional/business sabotage but also with threats of physical violence.  They attack those who publicly stand up for Axanar, insulting them with name-calling (one Jewish supporter was repeatedly referred to by the name of a infamous Nazi collaborator), and even spouses and family members have had to endure threats like being served with lawsuits at their places of employment.

All of this over a Star Trek fan film?  It’s really ridiculous, if you think about it, and the phrase “Get a life!” has never seemed more appropriate than when directed at the Axanar haters.

We rarely talk about these people because we don’t like to give them oxygen. But the group sank to even lower depths last week as two members, Chris Condon and Emmett Plant, took a Twitter argument against Axanar fan Jeff Craig and contacted his employer, trying to get him fired.  Jeff was called in at his job to explain the emails from the haters, and frankly, his bosses couldn’t understand the stupidity of the haters’ actions.

It’s bad enough with all the stupid name-calling, but that’s just sticks-and-stones crap.  This was a direct attack on someone’s livelihood.  So if Emmett Plant feels personally empowered to cross that line, then perhaps it’s time to treat him in a same way.

Emmett recently sent a message via Twitter to Jeff containing a threat of a “red-assed beatdown.”

Emmett will tell anyone who will listen, and many who won’t, that he is a “Star Trek Producer.”  More specifically, he worked/works on the Star Trek audio dramas.  Axanar has now taken the step of contacting ViacomCBS legal and presenting the above tweet from Emmett Plant threatening violence against a Star Trek fan, along with telling them about his attempt to sabotage this fan’s employment.  It is now up to ViacomCBS, their lawyers, HR department, etc. to decide whether or not they want people like Emmett Plant representing their brand in any way.

Being a toxic fan is not a crime, just a sad, sad lifestyle.  But when you try and attack someone’s livelihood, you should be called out in kind.