Axanar has had a relationship with Starfleet International, the Star Trek fan club, for a number of years.  Starfleet is one of the biggest Star Trek fan organizations.  It has been around for 45 years (since 1974), has 5,340 members and 225 + chapters in 20+ countries.

Leading the new administration of Starfleet as Commander, Starfleet, will be FADM Steven Parmley. In the real world, he is a Deputy Jailer in Western Kentucky. He also serves as an assistant chief of the local fire department and as a Lt Cmdr in the United States Naval Sea Cadet Corps, responsible for 115 cadets and 37 instructors in his posting as the regional commander for the Commonwealth of Kentucky.

In STARFLEET, Steve has served as Deputy IG for STARFLEET, DCOINFOCOM, 1st BDE OIC, CO of USS Constellation NCC-71855, 2nd BN OIC SFMC, and Chief of Medcom in R12, just to name a few of his postings. He is a Master Mason as well as a Knights Templar in the Masonic Organization. He currently holds the seat of Junior Warden. He is a single father of two beautiful girls. Natalie 15 and Fiona 8. 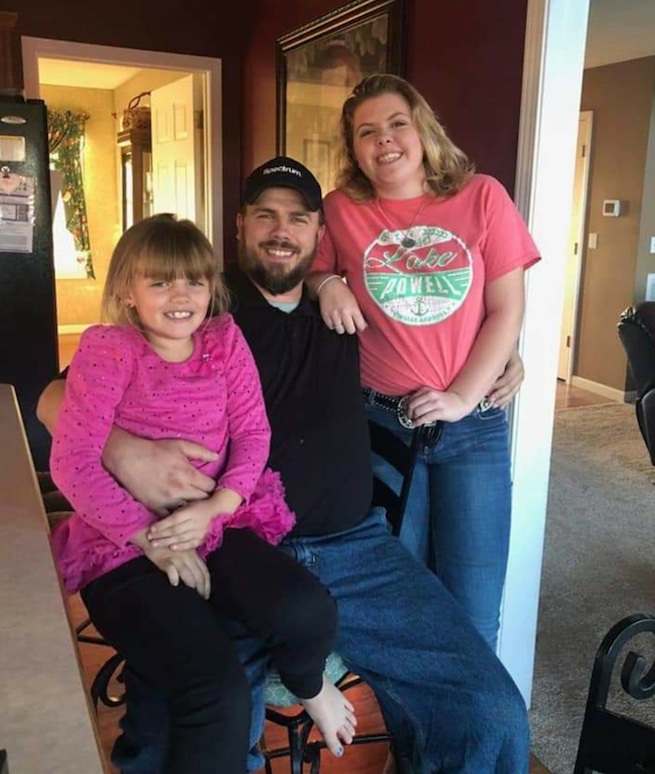 But Steve needs our help!

“We had a fire in 2019 when we had moved in to a new rental , but due to an electrical issue the house had caught fire and before we had insurance. I lost 20 years of STAR TREK Memorabilia and we lost  furniture, clothes etc.  While we were able to replace the furniture and clothes, I have been unable to replace my collection. But as long as I have my daughters then anything is possible.”

Message Steve on Facebook.  Heck, send him a friend request too, as it is good to know the Fleet Admiral!  You can find him on Facebook here:

If you have something he needs, he will give you his address!