I am always asked what I think of Star Trek Discovery, because well, there is a lot of controversy over Discovery. Some fans like it, some hate it.   It has created a huge divide among Star Trek fans, many of whom say CBS doesn’t care about actual Star Trek fans.

Well, TV has changed over the years and so has the way that TV shows tell stories.  Everything is serialized now.  DS9 was the first truly serialized Star Trek, and it worked pretty well for them!  And I don’t think anyone thinks that Star Trek will ever be like it used to be. S0 Discovery being serialized is to have been expected. And I have no problem with that.

Also, Alex Kurtzman and his team decided to reboot the universe but claim they weren’t!  Unlike his mentor, JJ Abrams, who was very clear in the 2009 Star Trek, that the movie was an alternate timeline (preserving everything in Prime the timeline), Kurtzman is rebooting TOS, with a totally different look, different uniforms, different ships, totally different Klingons, etc. And the worse of it, is they are trying to tell us it is NOT a reboot!  And this is much of the problems fans have.  This is not the TOS fans want.  Just say it is a reboot and I think there would be a lot less blowback.  Heck, set it after Voyager!

So now to my take.

Well, I actually don’t mind Discovery.  I am through episode 12, and about to watch the last episodes.

I have a very inclusive view of Star Trek.  I think Star Trek is a multi-verse, with alternate timelines for every incarnation.  You have Prime Timeline, the Mirror Universe,  the JJ Verse, the Animated Series, the books, the FASA timeline, Starfleet Battles.  Each one is worthy of inclusion in the Star Trek multi-verse.  And this is both how I look at Discovery and how CBS should too. 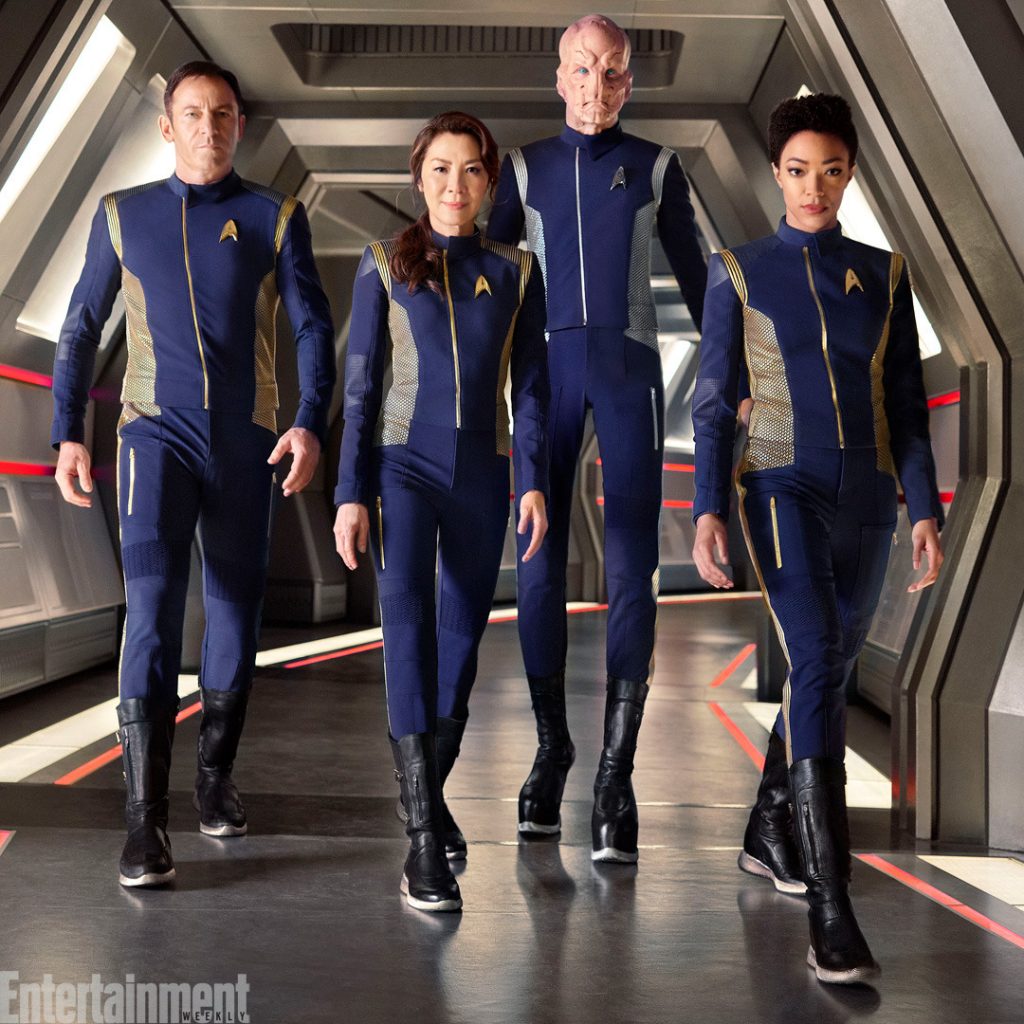 So other than that, what do I think?  Well, I actually think it is OK.  Yes, it tramples all over canon, and there are so many cute tricks the writers try to endear themselves to fans (Harry Mudd, Mirror Universe).  But I am not a hater.  I don’t reflexively dump on Discovery because it is not “Star Trek”.  It clearly is trying to be, and it is made from CBS, the current rights holder (Paramount owned Star Trek for its first 45 or so years).   The issue fans are upset about is that many feel that Star Trek Discovery doesn’t honor the soul of Star Trek.  Well, if you want that, there is this great show called The Orville… 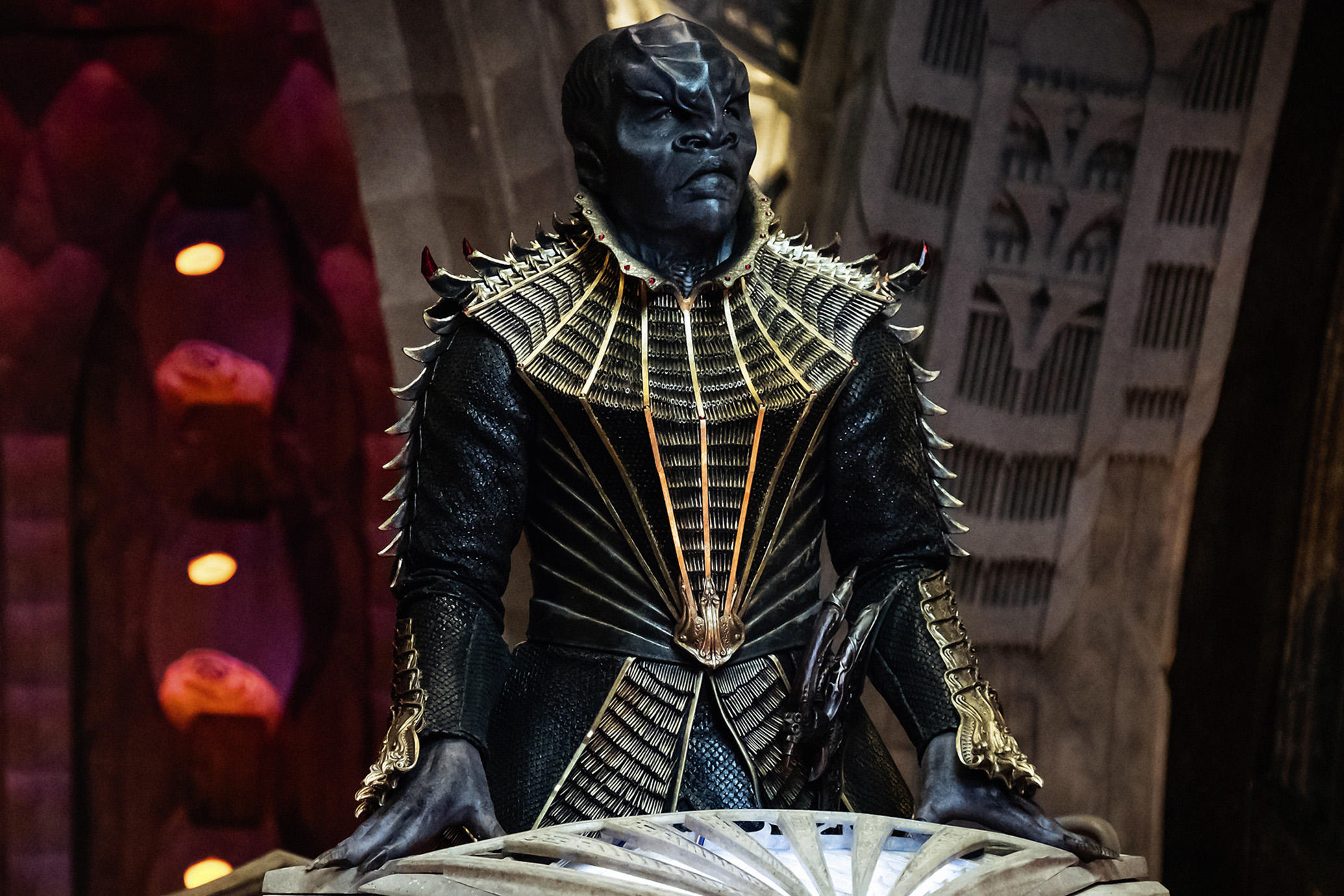 Star Trek Discovery is fine.  An interesting premise, with some excellent actors (we wanted to cast Jason Isaacs in Axanar), great VFX, nice sets and competent writing.  The problem is, that it is happening in a world where we have brilliant shows like Game of Thrones, Breaking Bad, Stranger Things, Hannibal, American Gods, The Crown, The Walking Dead, House of Cards, Orange is the New Black and basically anything from Marvel (except Iron Fist).  So an average show that doesn’t rise above the rest of the streaming offerings, that splits your fan base, is basically weak tea in the current environment.  Discovery doesn’t make anyone’s top ten list and it should because it is STAR TREK.  But nothing was learned from the mostly unsuccessful JJ movies.  Discovery was wildly over budget, and Les Moonves fired the ONE GUY who could have pulled it off, Bryan Fuller.  I mean the guy does Hannibal and American Gods and you fire him?  Bad move. The guy is a winner. Hell, he walks on water in my book (and he is an Axanar fan).

So, I think everyone should watch Discovery, but certainly don’t subscribe to CBS All Access (at least for more than you have to to binge Discovery). Because I think we should always support the franchise.

So what do YOU think?