On Sunday, September 5th, Shawn O’Halloran, the cyber-stalker who has harassed Alec Peters and Axanar for 6 years, flew into Atlanta from his home in Las Vegas and assaulted Alec while he was working at the Ares Studios Booth.  This assault elevates Shawn from cyber-stalker to full blown stalker.  Flying across state lines to stalk and engage a person you have been stalking for 6 years manifests the crime and Alec plans on reporting this matter to the FBI. 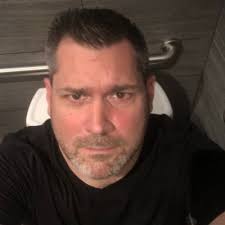 In the afternoon on Sunday, Shawn, wearing a mask that covered most of his face, approached the Ares Studios booth, carefully waiting till Crysstal had left to run an errand. Alec was alone in the booth with actor Rob Hayes, and Shawn started yelling and singing “Happy Birthday” ending with “coward” and shoving a copy of one of Alec’s posts from Facebook in Alec’s face.  Rob, and two dealers who were close by, noted that Shawn was shouting, using the F-word and being belligerent.  Alec told Rob to go get security.  Continuing to threaten Alec with his actions and words, Shawn shoved his phone in Alec’s face, Alec knocked the phone out of Shawn’s hand, and Shawn crashed through Alec’s booth, put his hands on Alec and grabbed his phone.  Alec started calling for security.

The police arrived and took the statements of both parties, Rob and two dealers who saw Shawn being aggressive with Alec, and defended Alec.   One officer took a copy of Shawn’s video, and the other told me that based on the video and witness statements, I was justified in knocking the phone out of his hand.  Both Alec and Shawn were asked to leave the show as that is Dragon Con policy, that both parties in any altercation must leave the show.

While Shawn claimed he was working for Paul Jenkins, the former director of Axanar who was fired for unprofessional and inappropriate behavior, and whom Alec is suing, Paul denies this fact.  Shawn’s badge was also not that of a vendor or artists, proving Shawn was, as usual, not telling the truth.

Alec is following up with the local courts to get a Temporary Protective Order for him and Crysstal as well a s a concealed carry permit for a firearm, as it is very clear that Shawn is a deranged stalker who is dangerous to other people.  Alec is also filing a complaint with the FBI for stalking. 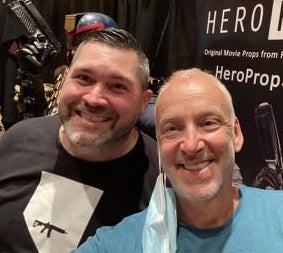 In addition, Alec plans to serve discovery on Paul Jenkins, the former Axanar director who Alec is suing for fraud, libel and copyright fraud (Paul falsely claimed he was the sole author of the Axanar script Alec wrote, and he and Paul edited).  There is a question as to whether Paul conspired with Shawn in this stalking incident, as Shawn claimed he was working for Paul at the convention.  Paul is now claiming that is not true, so Alec’s attorney will be serving discovery and questioning Paul during his upcoming deposition to see if Paul Jenkins enabled and conspired with Shawn.