It was a year ago that our dear friend Richard Hatch passed away.   As anyone who knew Richard knows, he was a truly amazing person.  Everyone who knew him liked him.  He was always positive, and encouraged those around him, whether fan or friend, to pursue their dreams and live life the fullest.

At the time it was really sad as he was the closest person to me that I have ever lost.  Both my parents are still with us and I was too you really remember when my grandparents passed. Richard was one of my best friends, and one of Axanar’s biggest fans.  He told me when I last saw him in the hospital, that he was so disappointed he wouldn’t be playing Kharn again.

During this past year I have keenly felt his absence.  Conventions are not the same without him, and now fans won’t get to meet him and see how passionate and caring he was about his work and his fans. He was always there to cheer fan film makers on, and was a constant source of inspiration.

Our efforts this year as we move towards shooting Axanar, are dedicated to Richard.

I miss you my friend. 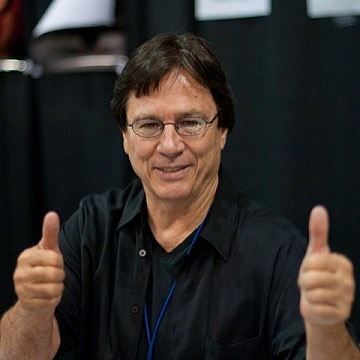