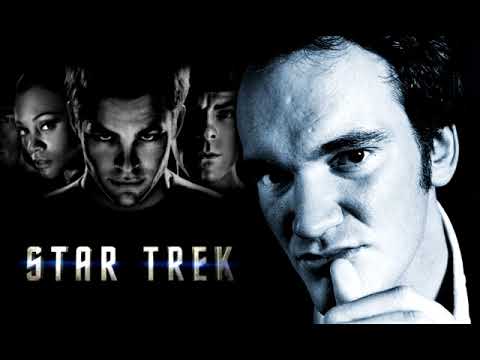 Well, it looks like Quentin Tarantino will be taking on the under-performing Star Trek movie franchise!  here is the latest from Deadline:

“After Deadline this week revealed that Quentin Tarantino pitched a Star Trek film to JJ Abrams and Paramount, the whole thing is moving at warp speed. Tarantino met for hours in a writers room with Mark L. Smith, Lindsey Beer, Drew Pearce and Megan Amram. They kicked around ideas and one of them will get the job. I’m hearing the frontrunner is Smith, who wrote The Revenant. The film will most certainly go where no Star Trek has gone before: Tarantino has required it to be R rated, and Paramount and Abrams agreed to that condition.”

Already Patrick Stewart has said he would love to reprise his role, though we think he is a bit old at this point, and besides, I am sure Tarantino wants to make a TOS movie!

Back after Nemesis I was saying “What Star Trek needs is Michael Bay”.  The point being Star Trek needed to reinvent itself.  Well, they got JJ Abrahms, and while I like the movies, Star Trek Beyond lost money and at a $190M budget, you just can’t make movies that only bring in $343M world wide.

You see, a movie generally needs to DOUBLE its budget, and don’t for get the reported budget doesn’t include any marketing.  Add $100M for marketing world wide on top of the $ 190M budget, and you have $290M spent on a movie that now needs to bring in $580M to break even.  Considering Star Trek Into Darkness only brought in $467M world wide, Beyond was a bad bet that at that budget.  And let’s face it, if Axanar proved anything, it was that great Star Trek need not cost a fortune.

So, my bet is Tarantino’s Star Trek comes in around $125M.  The guy isn’t about over the top special effects.  He is about story and character.  Two things that could bring Star Trek movies back.