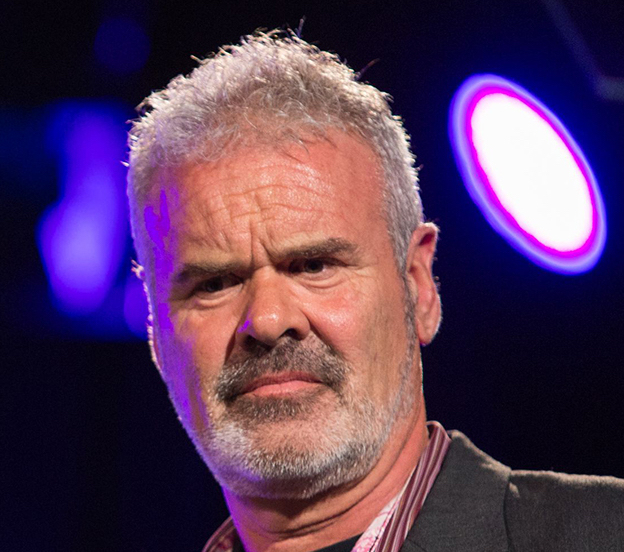 Frank Serafine, the amazing sound designer on Prelude to Axanar, passed September 12th in Palmdale, CA due to a car accident.  Frank was a legendary sound editor and designer in Hollywood whose first job was on Star Trek: The Motion Picture.

When you don’t know about something, you try and get the best people possible to work with you.  And that is what I tried to do with Prelude.  Frank was one of the professionals who loaned his talents to the project and made it amazing.  Frank was brought into Prelude by Mark Edward Lewis, who sound designed Prelude and who had succeeded Frank in that role on the two upcoming short films in The Four Years War series. Working with amazing professionals like Frank, or Mark or Adam Howard or Milton Santiago or Bing Bailey was always a pleasure, as they actually did what they said they would do.  You could always rely on them.

Of his friend and collaborator, Mark wrote:

Frank was: hilarious, clumsy, raunchy, a bit short-sighted, but always glad to see you. We’re talking about a man who was taken into the basement of Disneyland to record the chillers for the sound of the screws  of the USS Dallas in “Hunt for Red October.” The same man who, armed with only his smile, got Disney AND Marvel to part with their singular copies of the ENTIRE mixes of Iron Man 1, 2, 3, Avengers, Captain America, Hulks and more for us while we worked on S.T.A.T.I.O.N. People liked and trusted him. Even the studios. He was a man who suspended microphones from the Goodyear blimp and had them fly over Los Angeles to get the sound of Sark’s Command Carrier for Tron.

You can read the full text Mark wrote in an article on Frank and their relationship here.

Frank was an amazing guy. He would walk into a room with his big smile and all he wanted to do was make stuff sound great. His passion was infectious.  His stories, amazing.  After Prelude to Axanar, I brought Frank and Mark in to work the sound on Avengers STATION, the Marvel exhibit, and they tackled that project with an amazing passion as well. Frank came to our studio in Valencia and always wanted to help.  He wanted to make sure that sound in the studio would sound good and was always offering advice as we built out.  The wood floor and elephant doors were his and Mark’s idea.  Frank is just one of those guys you don’t forget easily.

You can read about Frank in Variety or listen to a great podcast with Frank here.

And we hope you will all take a few minutes to watch this video with Frank where he talks about his work:

RIP Frank.  I am sure he will be walking around heaven, snapping his fingers to gauge the sound quality, and suggesting improvements to God.