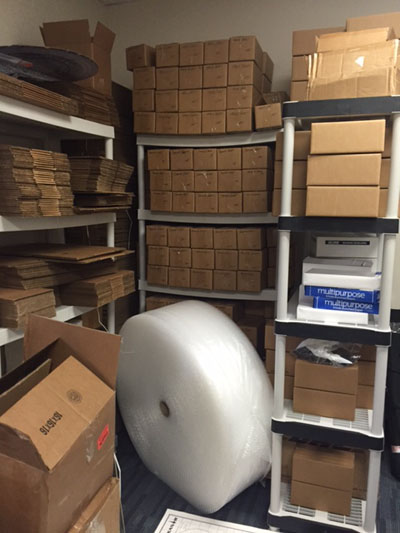 Greetings and a friendly hello from Axanar (at least, from Axanar HQ) to all of our donors, whether long-time supporters or brand-new fans!

There hasn’t been much to report, recently (hence the atypical silence here at HQ), but it’s time for a mid-summer update. So, let’s get to it!

First, we simply cannot thank all of you enough for your continued support and enthusiasm for the AXANAR project, so let me say it yet again: THANK YOU. 🙂

As you know, we’ve been at an unexpected standstill during 2016 due to legal issues. (On that front, we have an ever-expanding legal team working very hard—and pro bono!— for us, so although we can’t discuss any details, please know that things are progressing, and we remain optimistic for an eventual, positive resolution.)

That means, of course, that the majority of the rewards from the funding campaigns cannot be shipped yet (since the film needs to be completed before those rewards can be produced). But, as you probably recall, we’ve been expecting to be able to start shipping out the PATCHES from the AXANAR Kickstarter campaign (from July 2014) for quite some time; we’ve just been waiting until the digital platform (which is not only our means of digital deliveries but also a massive donor database) was completed.

In the way of Newton’s Law, though, we hit another unexpected snag, when our original technologist opted to bow out of the project before the digital platform he’d been working on was ready. That meant finding a new tech expert, whose mission it would then be to create a whole new digital platform, from the ground-up. (Doesn’t sound like that big a job? When you take into consideration three different funding campaigns, plus all of the retroactive donations, the “other” donations [such as in-person, direct-via-Paypal, anonymous, and specially-arranged ones]—involving more than 10,000 donors from all over the world, each in line to receive a different variety of digital and/or physical rewards—the scope of the task set before our new tech whiz starts to look a little more daunting, doesn’t it?)

There is good news, though; our new Chief Technology Officer, Bill Watters, says the bulk of the new Ares Digital platform has now been completed, with only smaller tweaks left to perform. So, around his busy work and convention schedules, he plans to have the new site ready to roll out in the very near future… and as soon as he gives me the all-clear, I’ll be letting you know that it’s time to get yourselves over to the new site so that you’ll be able to check and update your account information (after which we will then have your current, correct shipping info, and can–at long last–get busy sending out thousands of patches!).

Note that patches from the AXANAR Indiegogo campaign (from August 2015) will not begin to ship until AFTER those from the earlier Kickstarter campaign have been shipped.

Last (but not least), the tunics ARE in production! We will be shipping them out (to donors from all campaigns, as well as to those who later obtained them via the Donors Station) once we are in receipt of them. More news on that as I have it… 🙂

Live Long, Prosper, and above all, Be Kind, everyone…
~Diana Kingsbury,
Reporting from AXANAR HQ