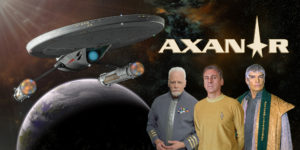 For those folks who have been watching the regular updates by ALEC PETERS on the (usually) weekly “Axanar Confidential” YouTube podcast, you know a lot of the exciting things that have been happening lately…including the fact that the first official shoot for the two Axanar sequels is scheduled for October 4-6! This will include J.G. HERTZLER flying down to Georgia to appear as Sam Travis. Scenes will be filmed on the USS Ares bridge set along with green screen scenes and recording the audio drama version of the full Axanar script.

But for all of those recent updates, I still had a few unanswered questions for Alec—things like…

So with these and other questions floating around in my head, I decided this might be a good time to interview Alec. We set up a phone call for last Friday evening, but naturally, he was late because he had to rescue a dog. And so we had to reschedule. (Yes, I’m serious.) So we chatted a couple days later, and I’ve just finished editing the sound file…which—I am certain will not surprise anyone—includes the sound of dog barks in the background. 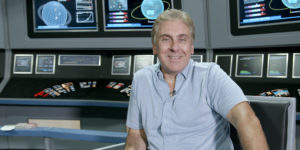