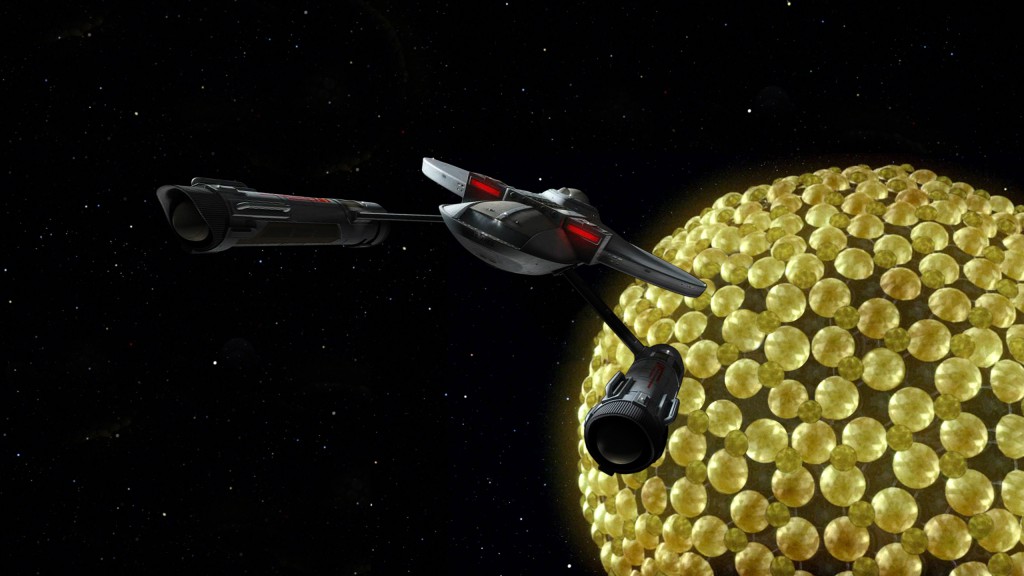 The short answer is no, Axanar is not canon.  As the current IP owner, CBS gets to decide what is canon. And like Disney did in changing canon when it acquired Star Wars from Lucasfilm by eliminating the Expanded Universe, the next Star Trek IP owner can change what it considers canon.

But besides “official” canon, there is “head canon” or your personal canon.  Some fans hate Enterprise and don’t consider it canon in their minds.  The same with the JJverse and even Discovery, before it even comes out!  Discovery has changed the look of Star Trek so much, that many fans (like me) are already saying, “This is not the prime timeline, it is clearly an alternate universe”.  And that is OK.

But we here at Axanar are always flattered by the number of fans who consider Axanar part of their head canon.  Why?  Well, fans tell us we are true to the vision of what Star Trek is supposed to be.  That we get Gene Roddenberry’s vision, and that, being fans, we understand Star Trek.  More over, we have gone out of our way to look like we are set in the year 2255, unlike Star Trek Discovery, which is a re-imagining of Star Trek.  Discovery clearly looks like it is post Voyager from an aesthetic standpoint.  And as I have said before, that is fine.  TV audiences won’t accept “The Cage” era aesthetics, which let’s face it, are a 50 year old vision of the future. Discovery is a re-imagining for a modern audience and that is fine.

But the most common thing fans say was that CBS should have adopted Axanar not sue us.  Because we are true to the roots  of Star Trek.  Well, a lot of fans feel that way, and it is hysterical that in this “Downfall” parody take down of the first Discovery trailer, this fan makes the point that Prelude to Axanar is part of his canon. Pay attention at 1:58.

So, thank you all for your support.  We will be adding to the Axanar universe in an awesome way over the coming year.  Stay tuned!