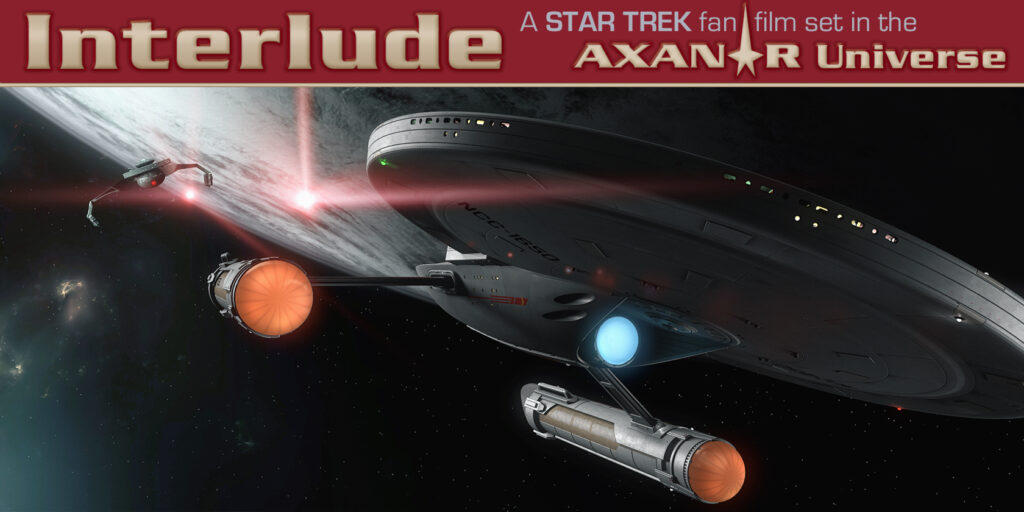 It will be followed at 10:00pm by a Cast & Crew Live Stream on the Axanar YouTube Channel.

Produced by Fan Film Factor blog author Jonathan Lane, and featuring Alec Peters reprising his role as Garth of Izar, “Interlude” is the second fan film based on “Prelude to Axanar”.

“Interlude” takes place after the cliffhanger ending of “Prelude to Axanar” and tells a story that leads into the coming “Axanar: The Gathering Storm” that will be released later this year.

With over 5 million views on YouTube, “Prelude to Axanar” is the most famous Star Trek fan film, featuring Star Trek stars JG Herztler, Tony Todd and other Sci Fi luminaries, including a legendary performance by the late Richard Hatch as the Klingon Kharn.

The premier will be followed by an hour long live stream with cast and crew.