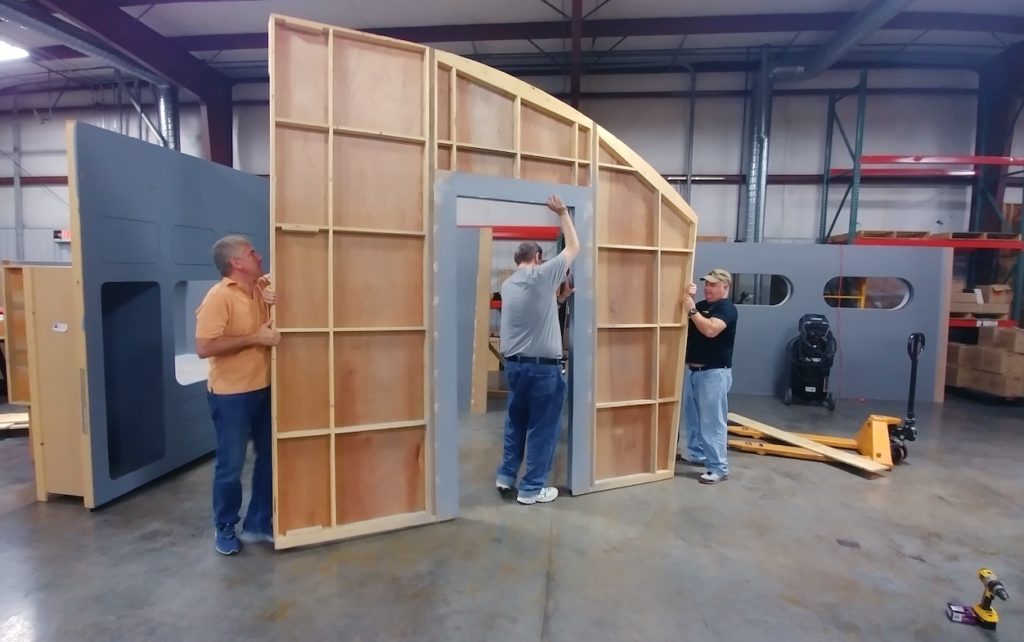 Today we put together Garth’s Quarters.  This amazing set was moved from California to Atlanta with everything else in 2017, but has been sitting at the studio waiting to be rebuilt.  Due largely to the urging of John Strekkis, our YouTube Producer, we put the set back together today during our volunteer day.  Our construction guru Dana Wagner lead the effort, and Dale Simpson, John Strekkis, and our guest Chris Weuve, who was down visiting, all lent to the effort.

The first part of the process was figuring out what pieces went where.And it wasn’t like any flats were marked or even stored together.  So over the course of the first hour, we started pulling wall flats and moving them around.  Then Dana took the lead and started screwing pieces together.

If was hard to figure out how they fit correctly, but since we had four walls we were able to figure it out.

The set will be used to film on and is available to film on for other fan films and student projects once we decorate it. 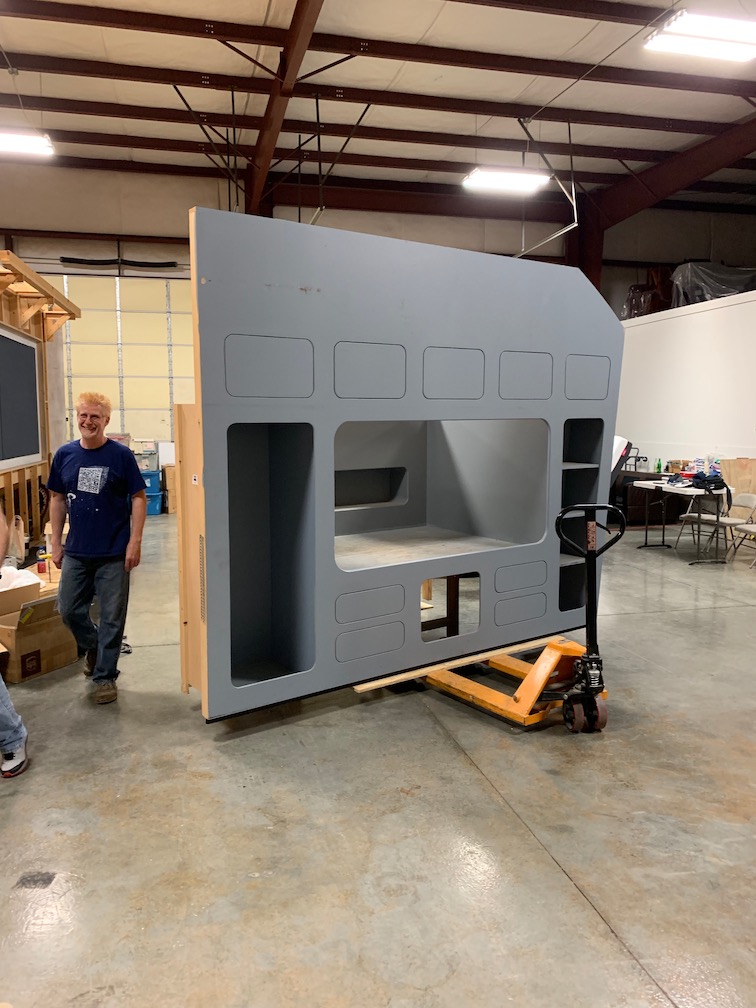 The biggest piece was the bunk unit 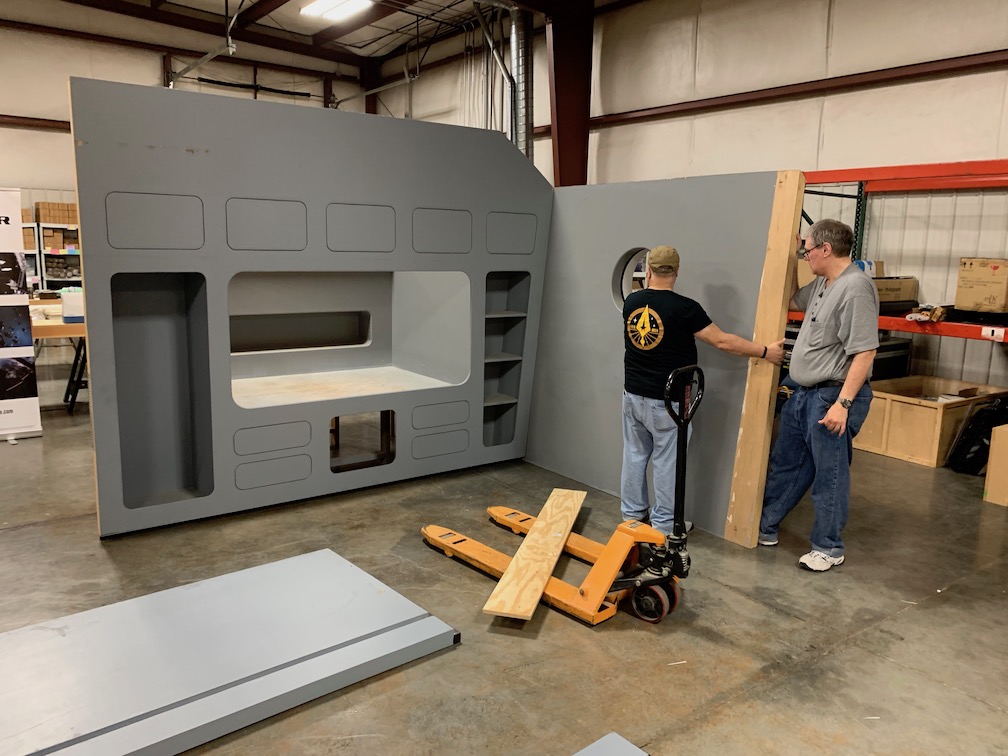 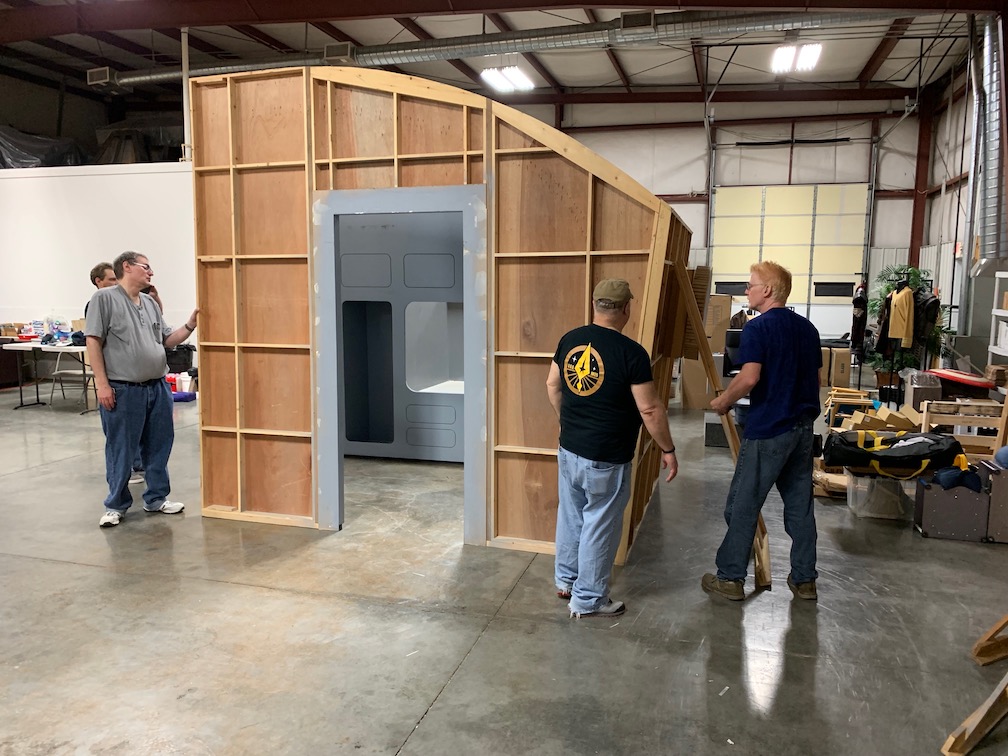 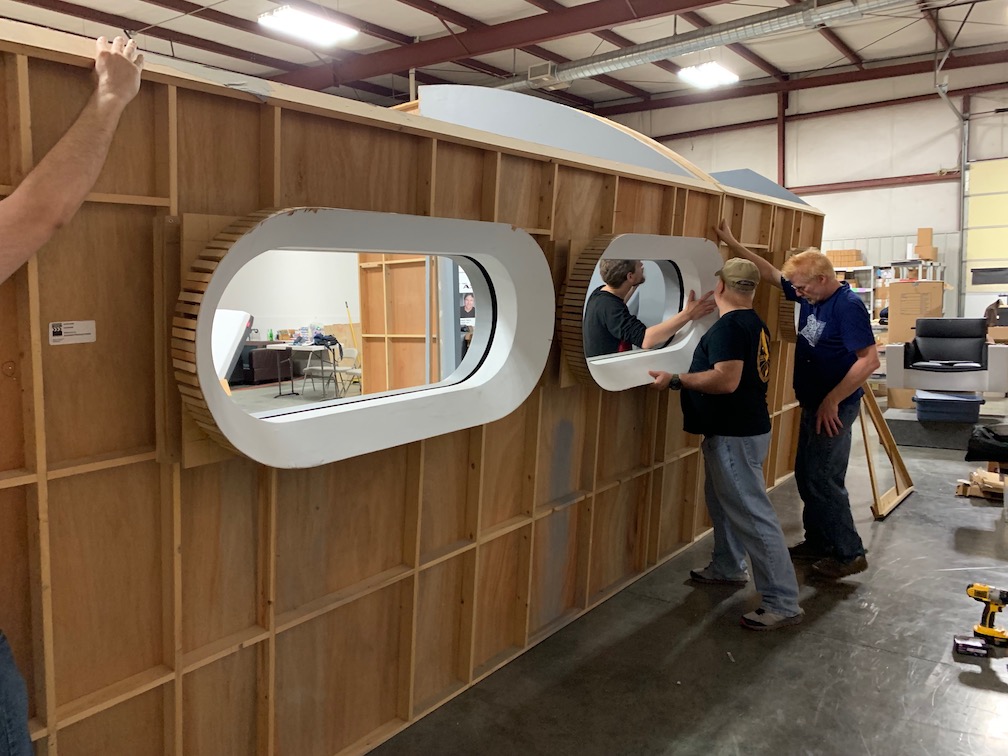 The portholes are works of art 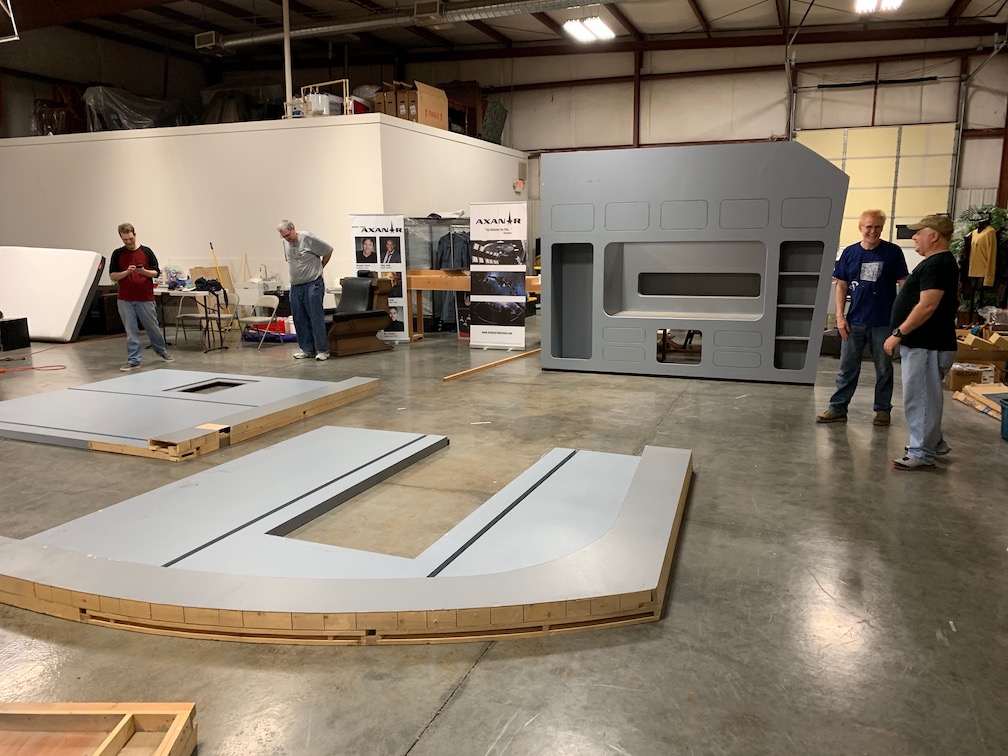 Part of the process was figuring out what pieces went where. 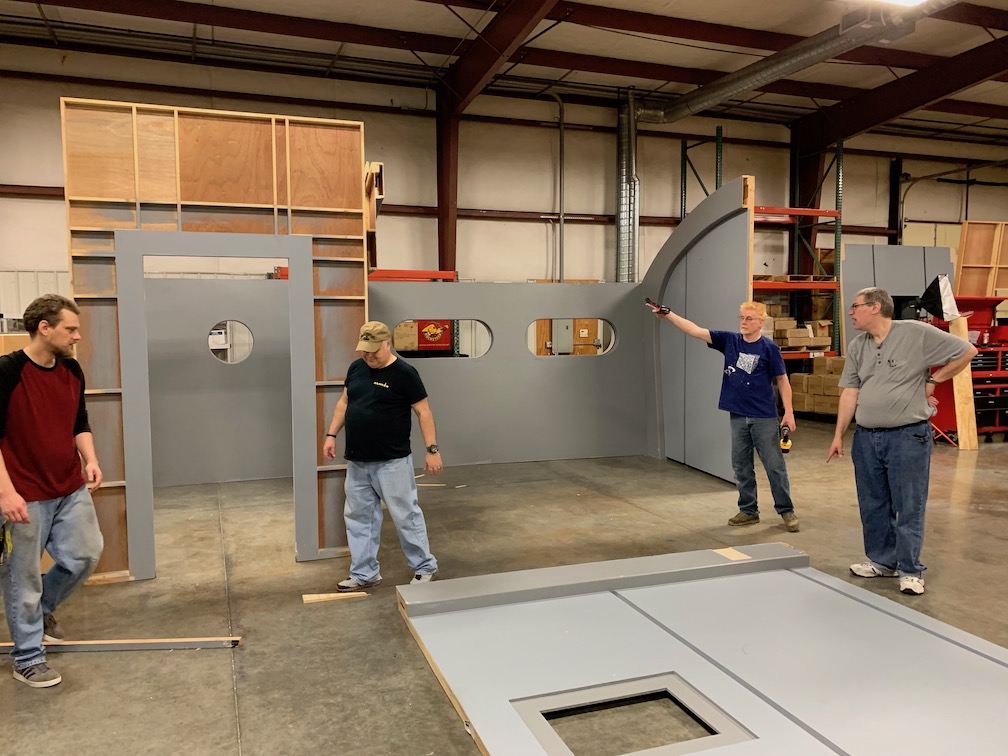 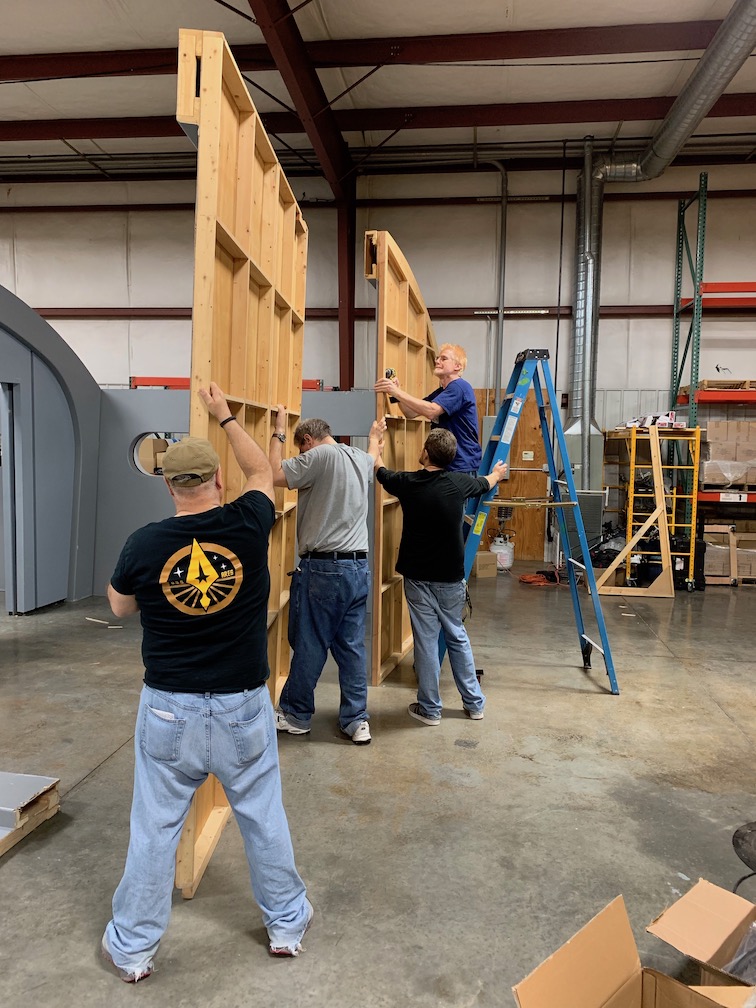 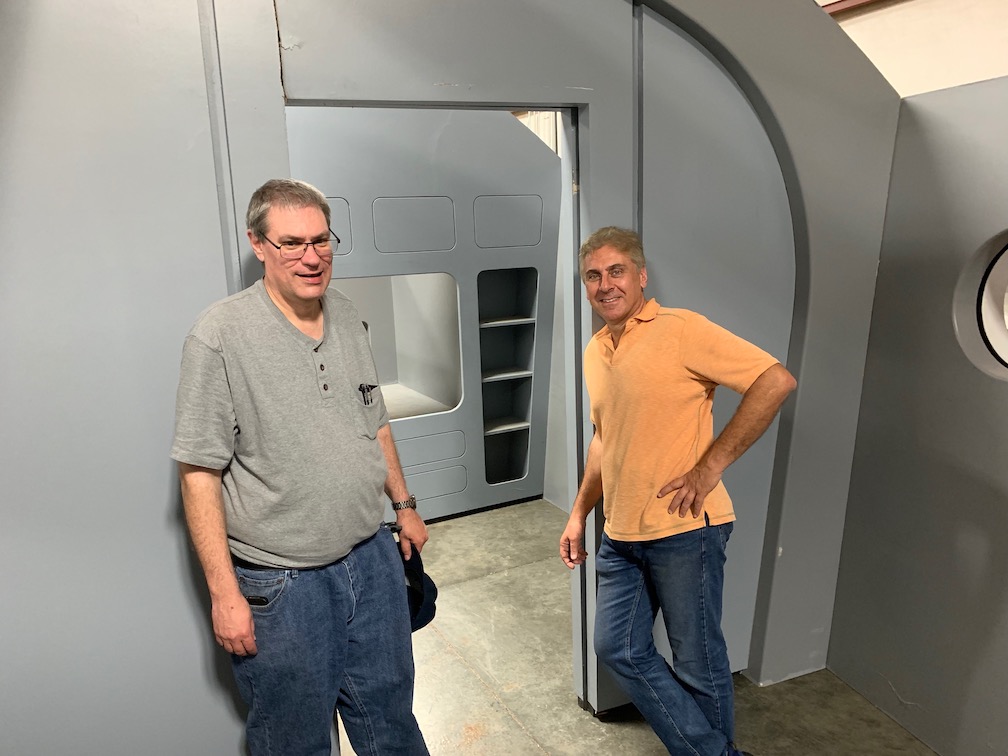 Chris Weuve and I in the finished quarters.