Fan Films Live!  That is the word from Fan Film factor and Jonathan Lane has the facts to back it up! There have been over SIXTY fan films released since CBS released its Fan Film Guidelines.  Read it all on the second part of his article on Fan Film Factor. 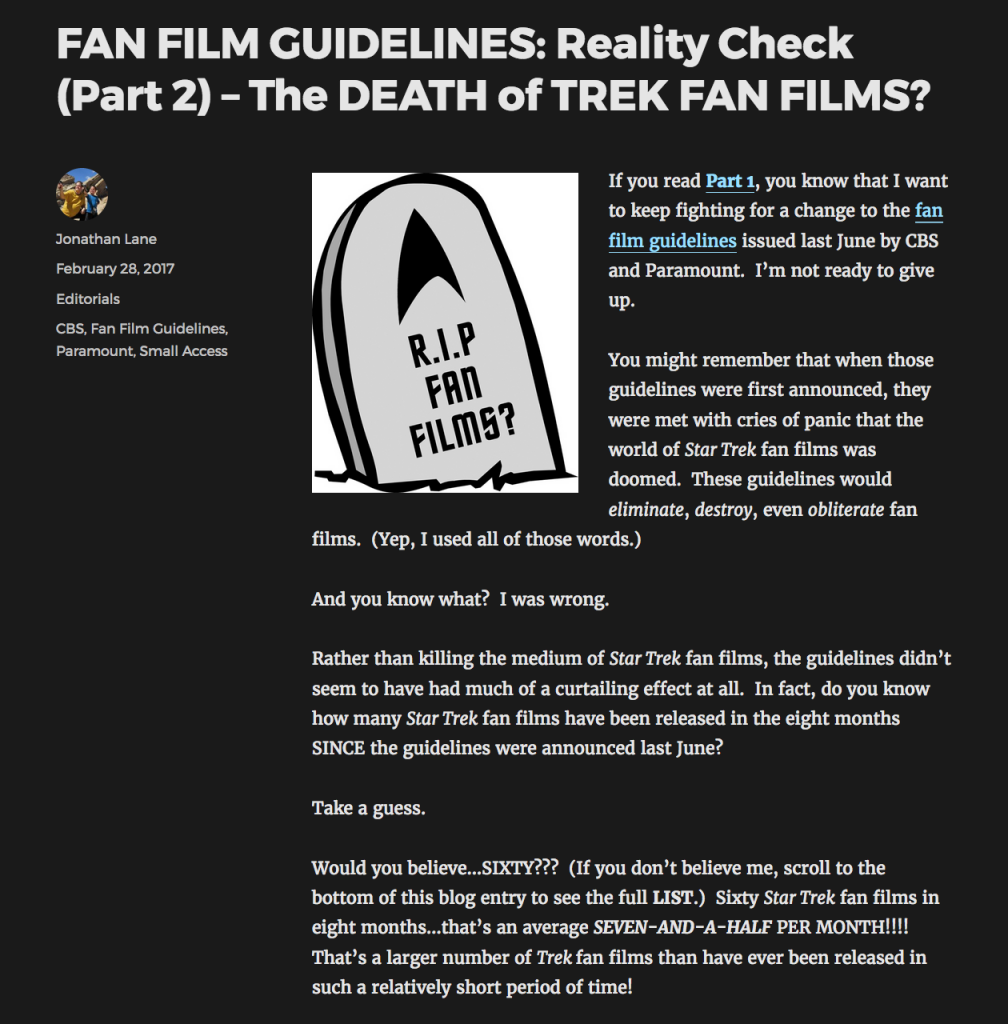 And while Star Trek New Voyages has turned its fan funded studio into a licensed CBS attraction (a plan in place before the guidelines ever came out), Star Trek Continues has decided to ignore the Fan Film Guidelines and keep producing full episodes. 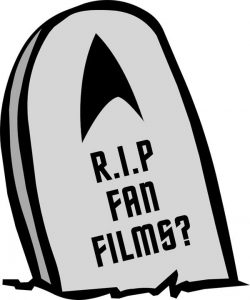 So to paraphrase Mark Twain, the word of the death of fan films has been greatly exaggerated. Read Jonathan’s article here.