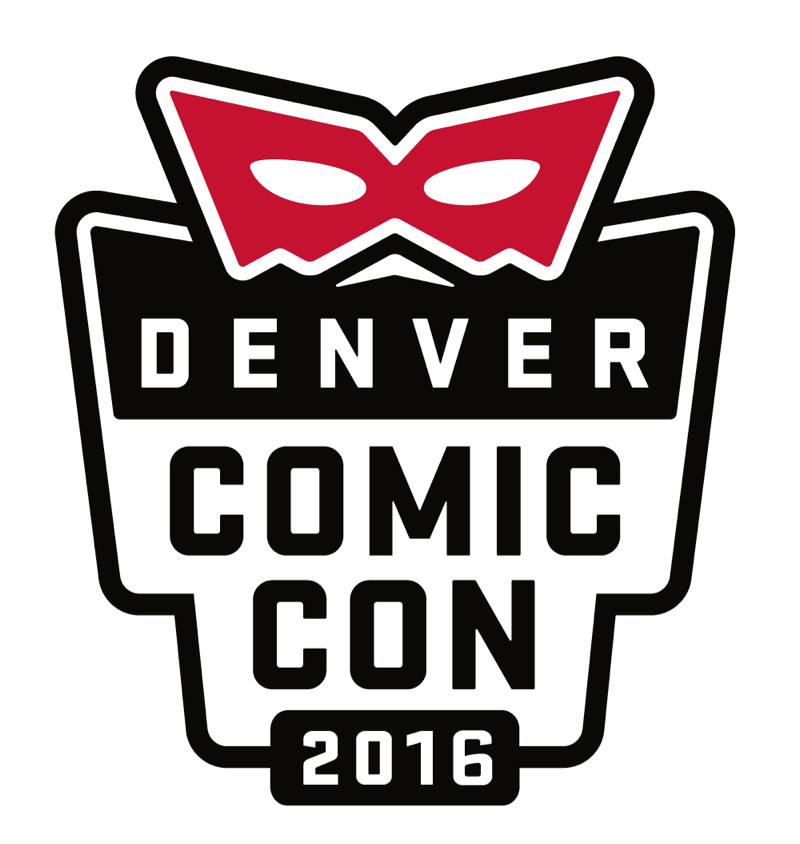 Denver Comic Con was this past June 17-19th and was a total blast.  We were guests and had a booth which was manned by some amazing volunteers.  Here is a collection of photos from the event. 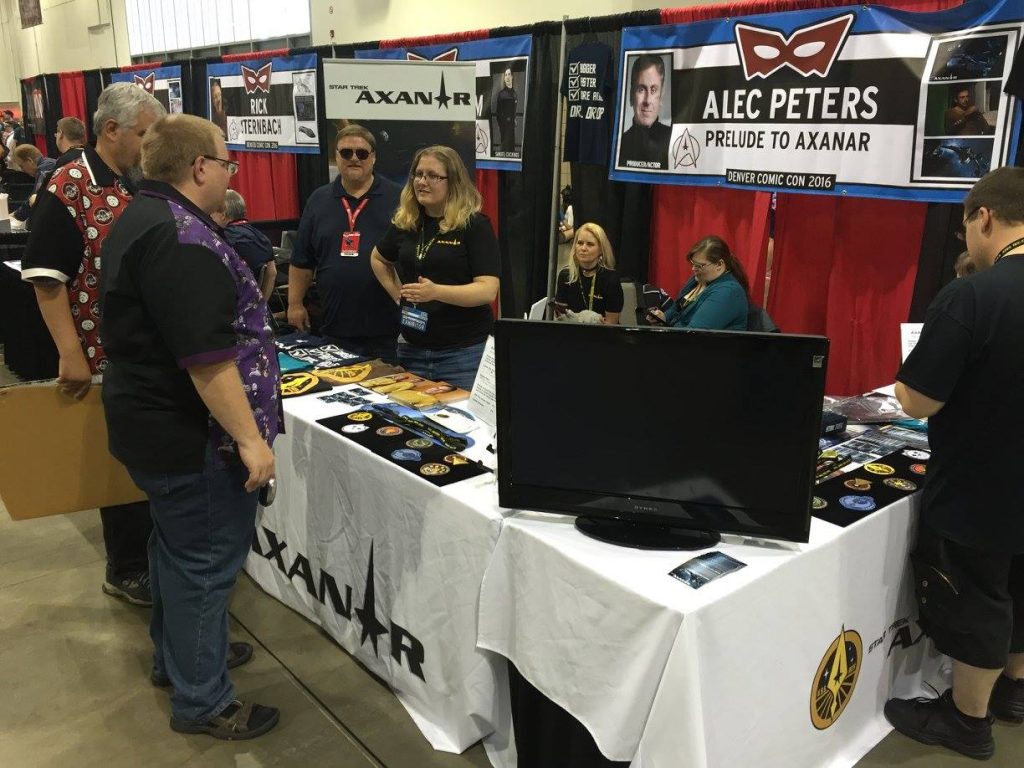 Sara Gurnett speaks to fans at our booth.

I was pleasantly surprised by this cartoon of me as Garth by fantastic artist Jeff Pina that was waiting on our tables at our booth Saturday. Jeff is a huge Axanar fan! 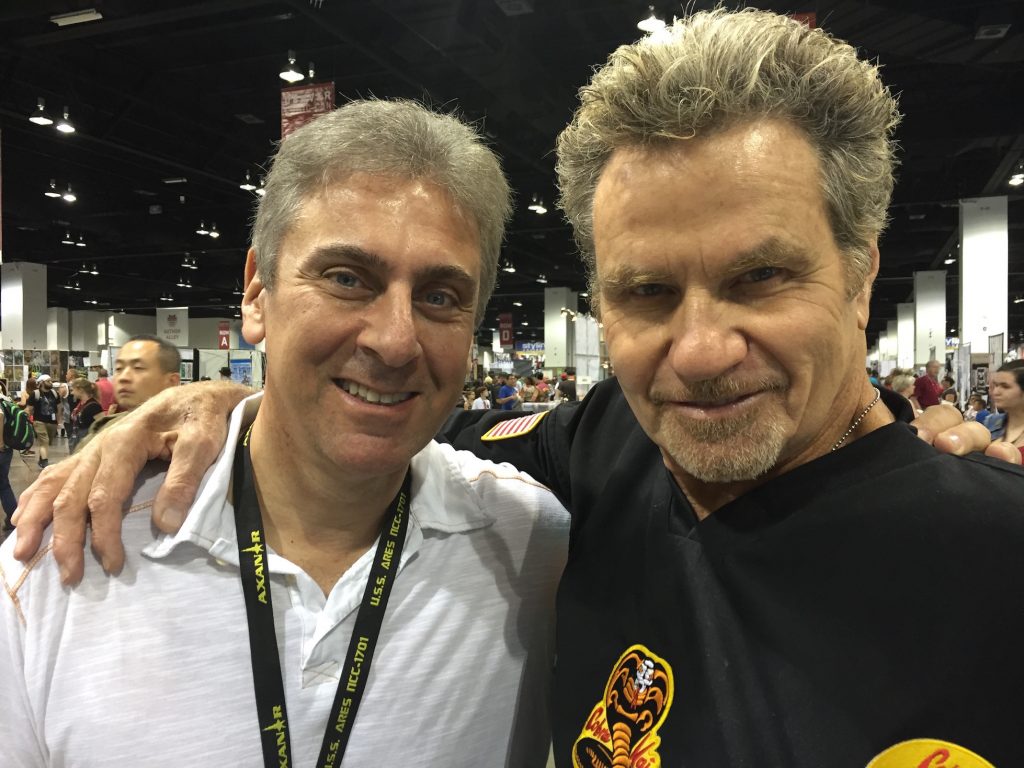 Our friend Mark Grove introduced me to Martin Kove, the bad sensei in the Karate id! He really is a lovely gentleman. 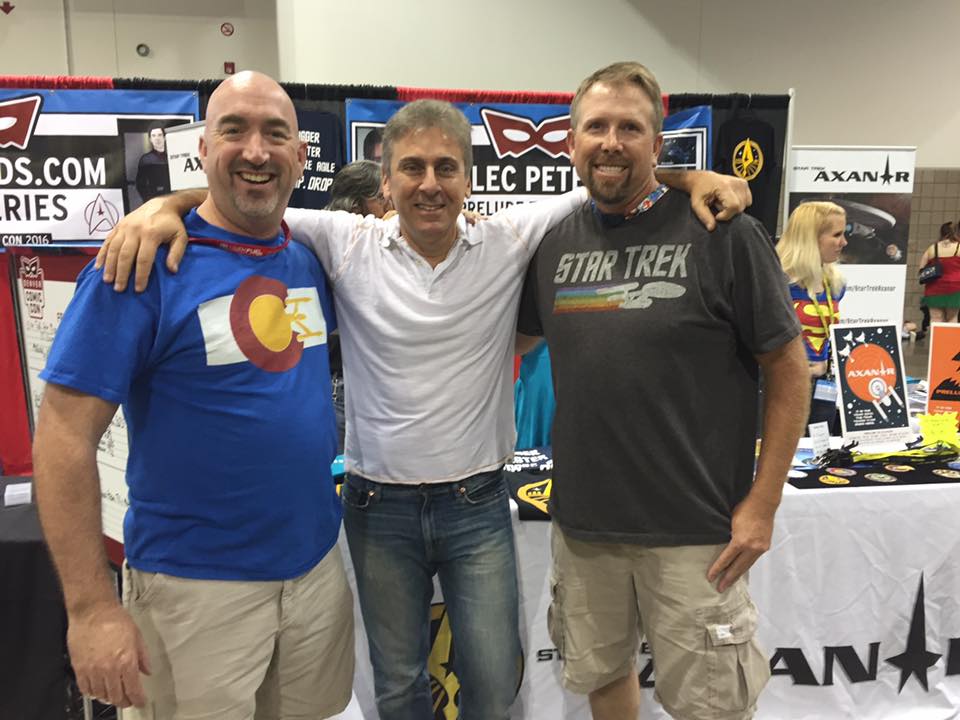 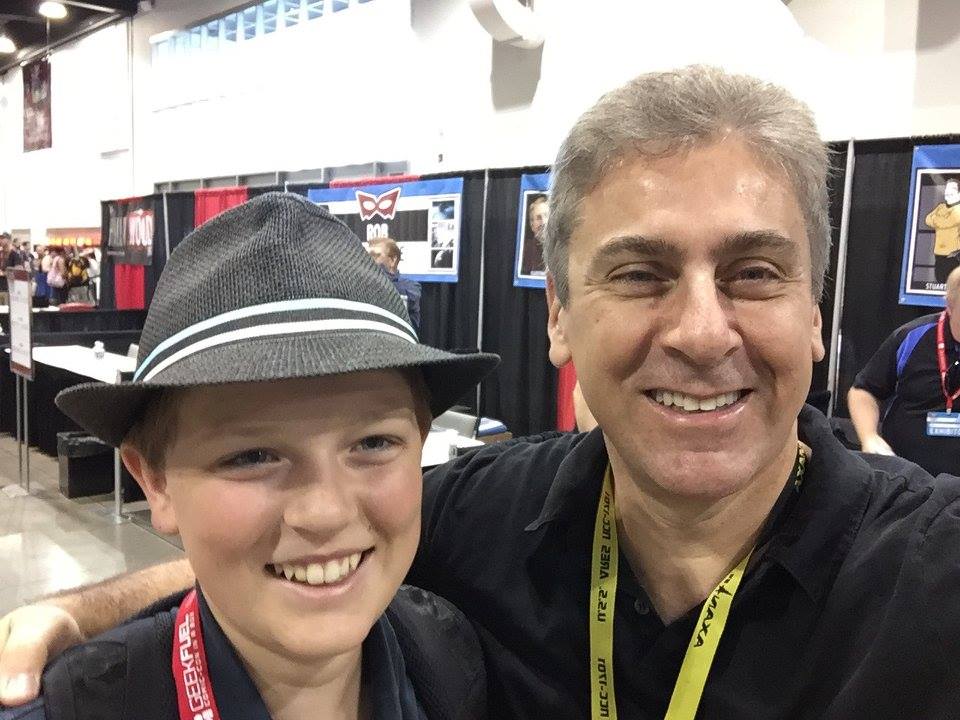 One of our youngest fans and a budding film maker, Henry Larson, who I introduced to film maker Samuel Cockings from Trekyards. 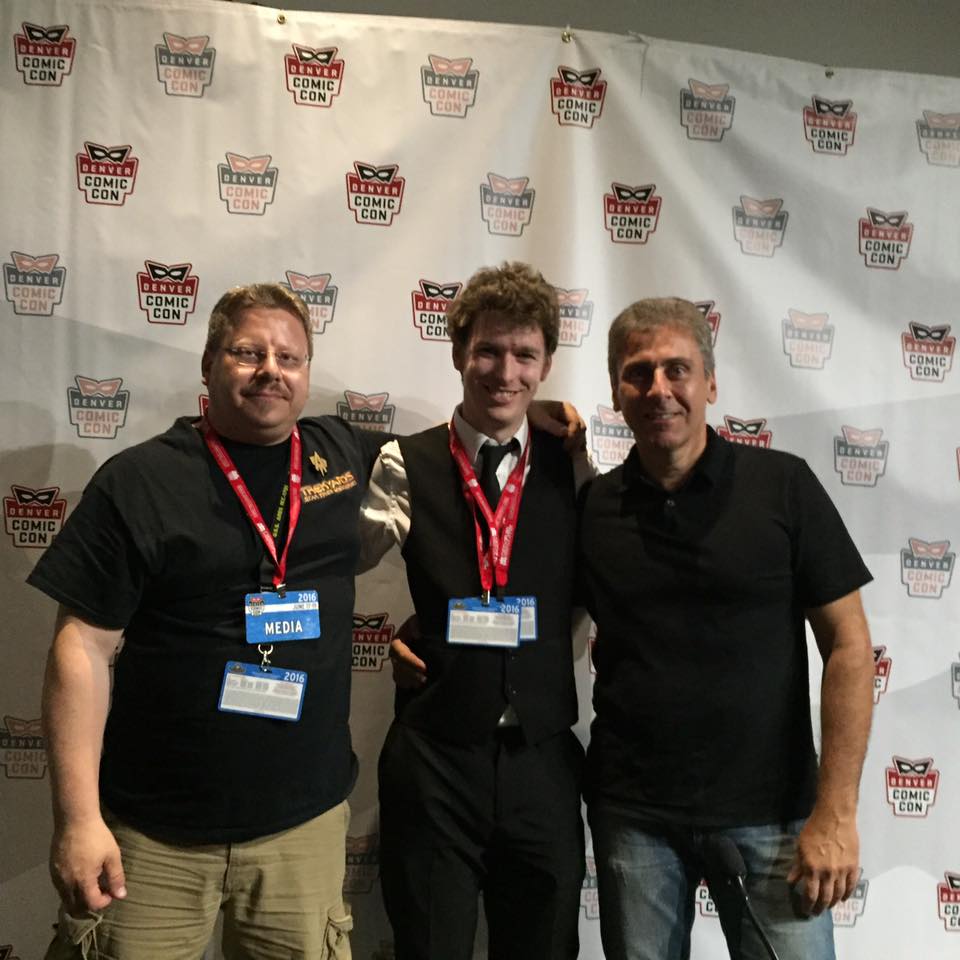 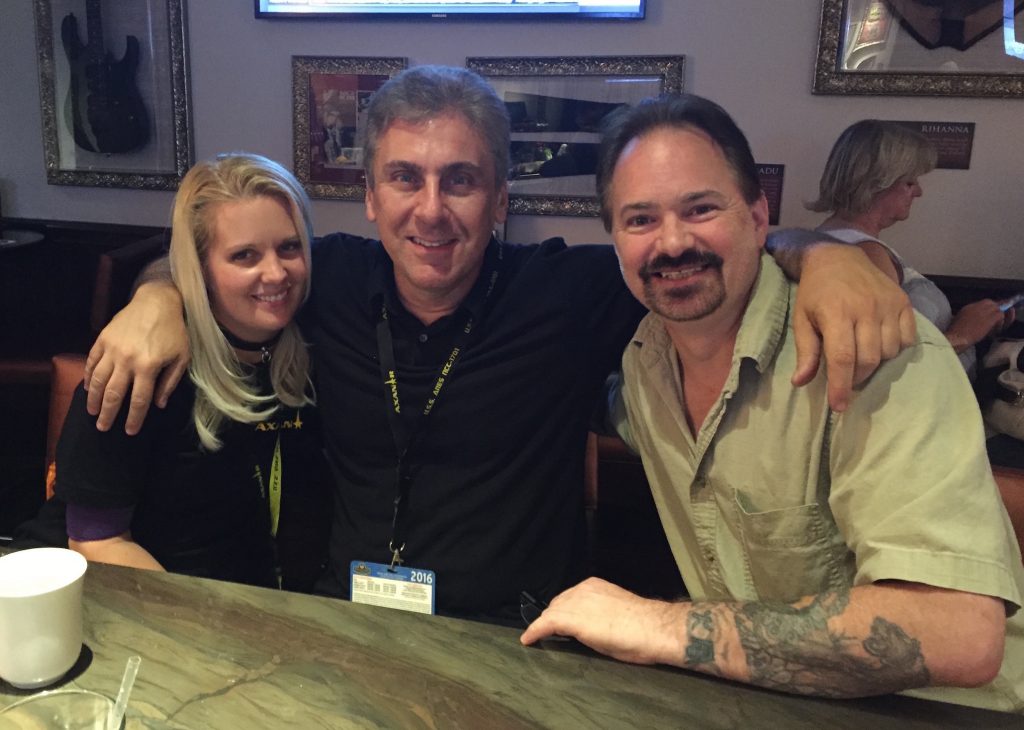 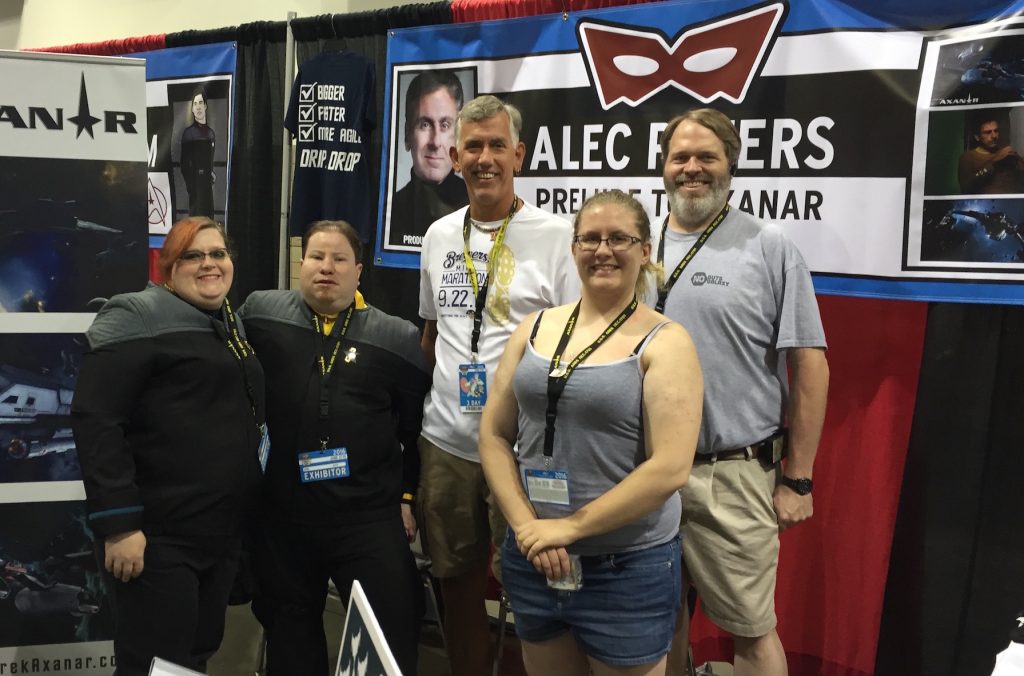 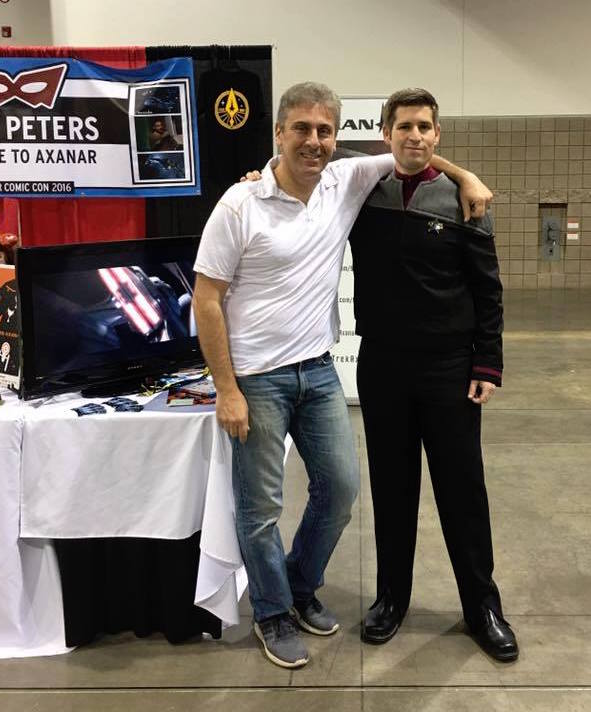 Axanar Volunteer Greg Thornton and me! 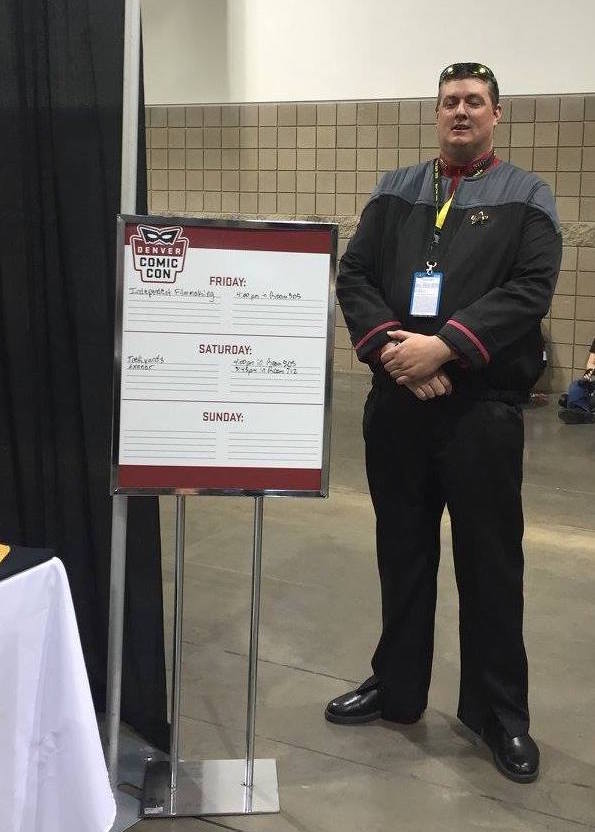 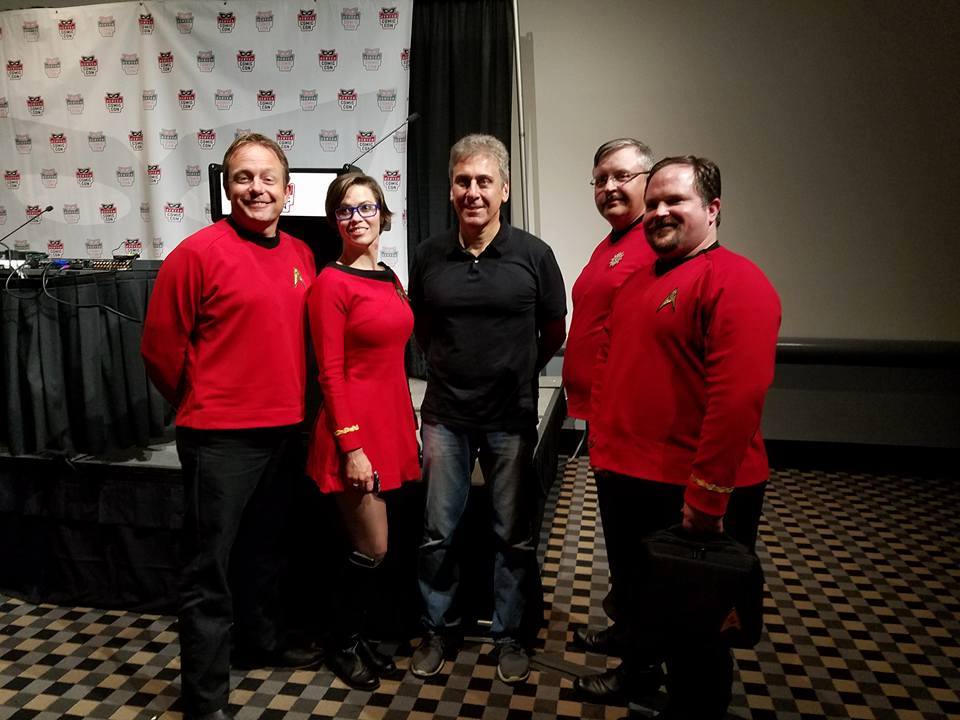 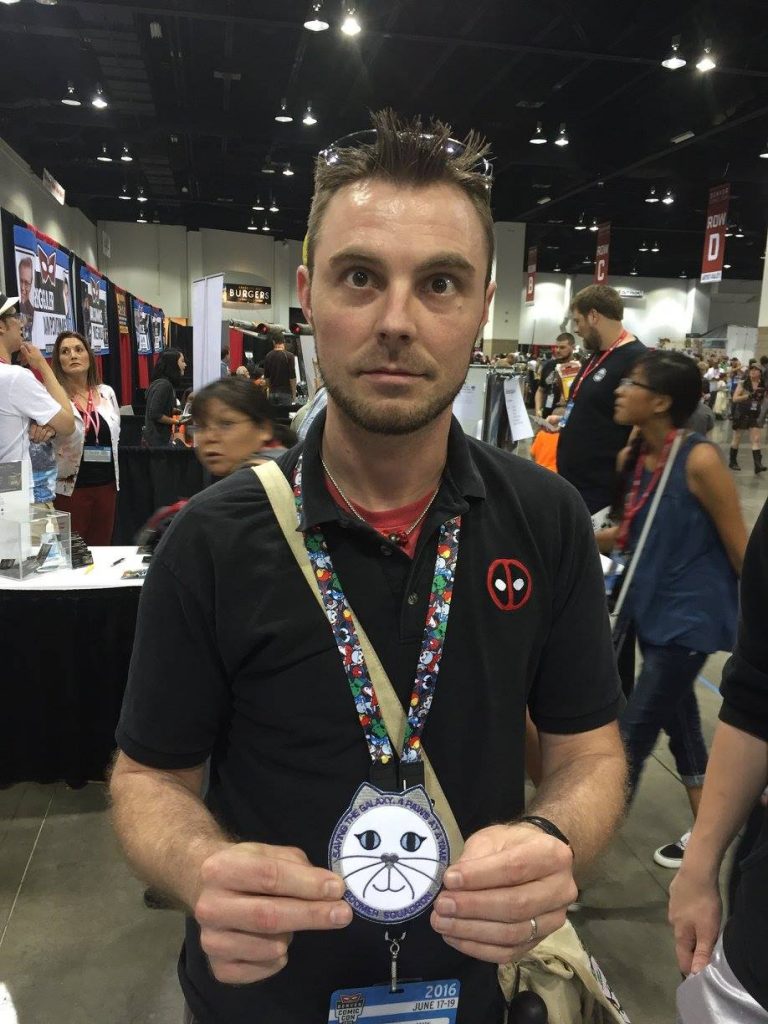 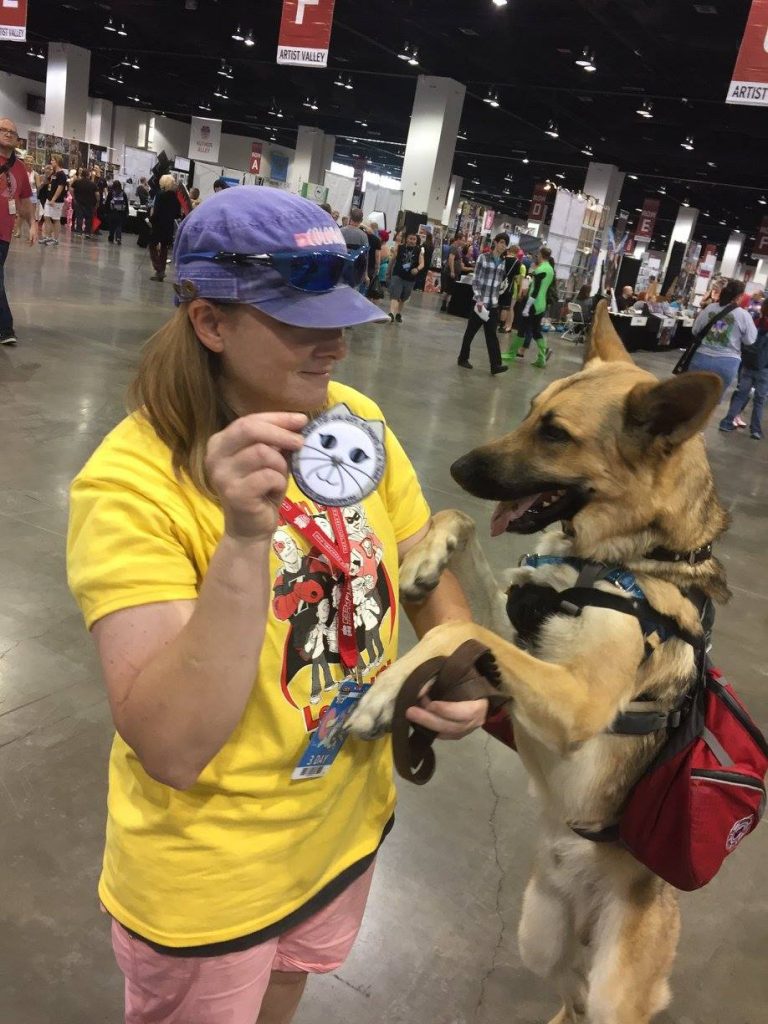 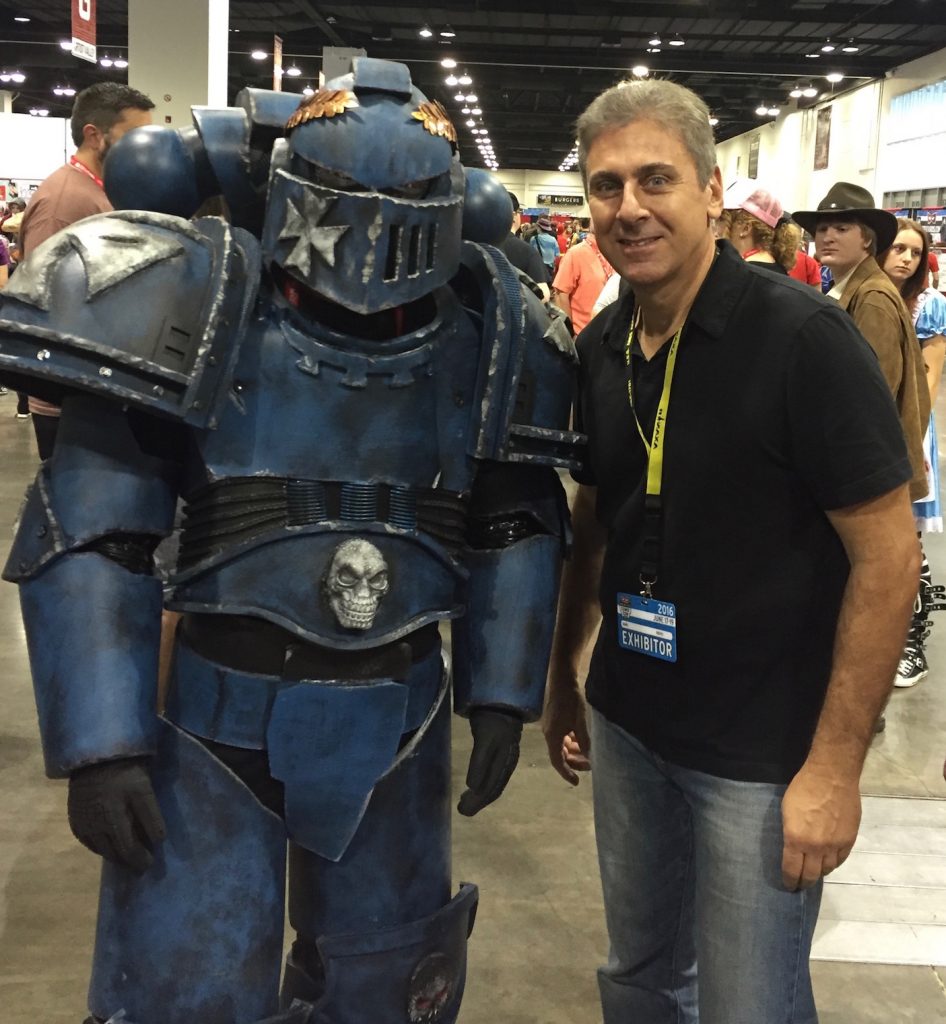 I am a huge Warhammer 40,000 fan, so the chance to get a photo with this amazing cosplay was too much to pass up! 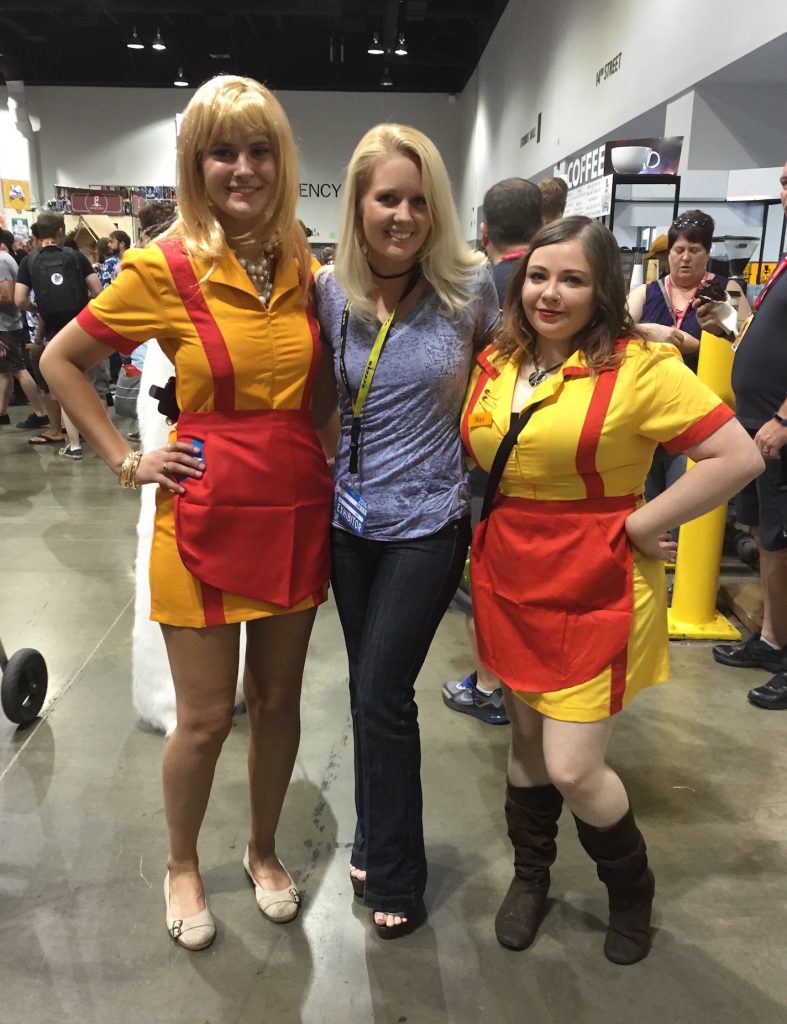 One of the best cosplays we saw, Two Broke Girls! (Our favorite comedy after Big Bang Theory) 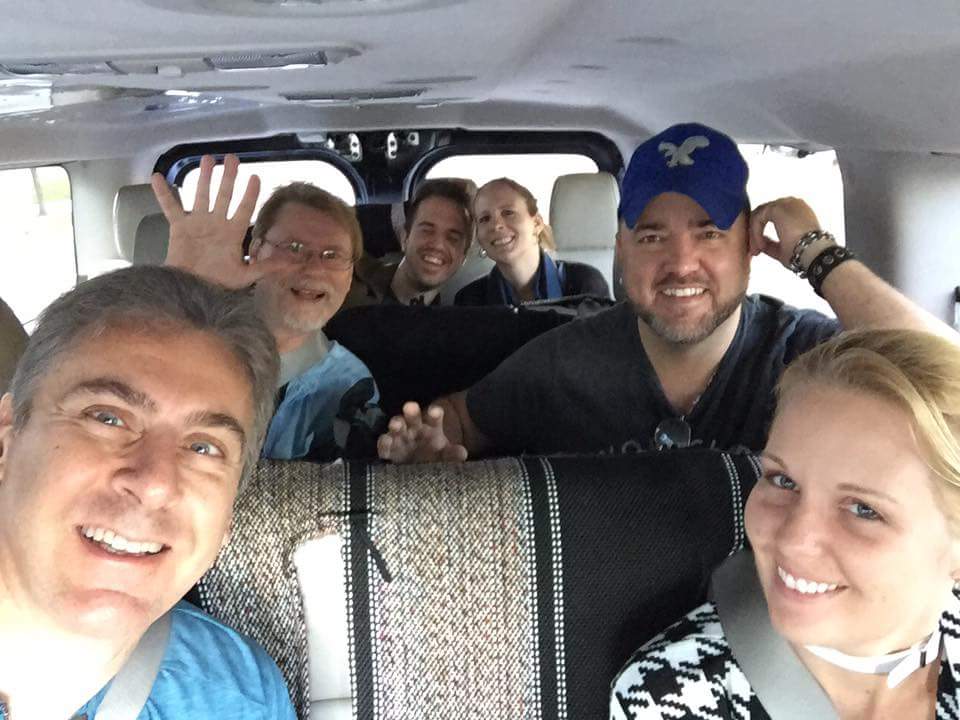 On the shuttle to the airport, everyone in the van was an Axanar fan!

A hearty thank you to all of our volunteers!