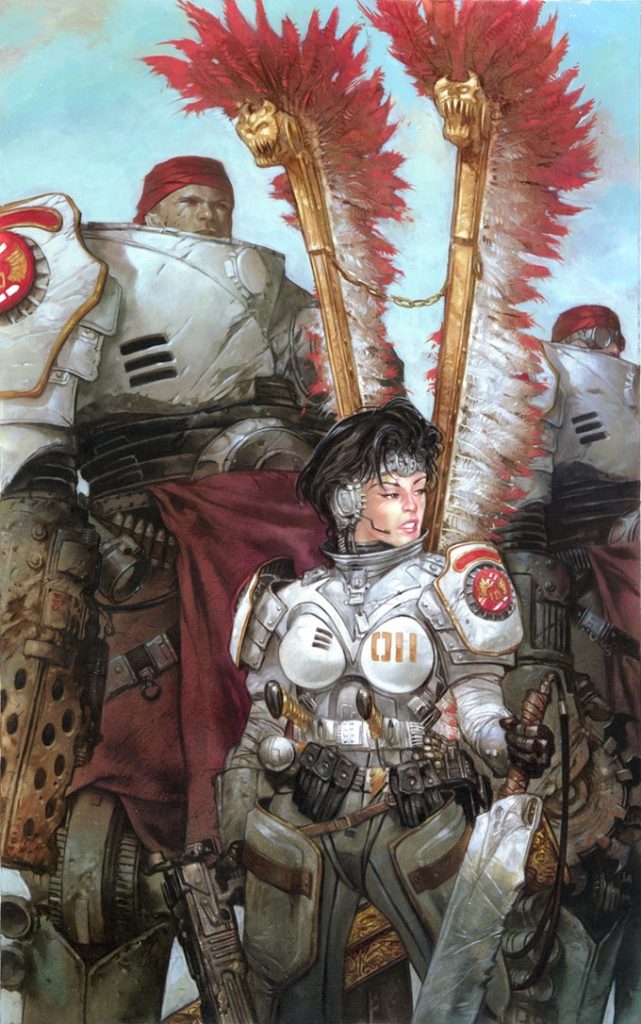 What is “The Wasted Lands”?

The Wasted Lands started out as a series of paintings by Inkpot and Eisner Award-winning artist Dave Dorman who is celebrated as a fan favorite artist for his work on STAR WARS, BATMAN, GI JOE, TRANSFORMERS, ALIEN vs PREDATOR, D&D, MAGIC THE GATHERING and much, much more. In fact, if you collected Star Wars comics in the 80’s and 90’s, you were probably pulled in by Dave’s covers (he did all of them for Dark Horse Comics at the time). But The Wasted Lands is something different.

While Dave was working on a gaming project, he started to paint scenes of from a world of his own creation. It was an interesting mashup of dystopian steampunk with the amazingly dramatic paintings for sci-fi and fantasy book and pulp magazines from the 60’s and 70’s. This world, a place Dave called “The Wasted Lands”, was featured in Heavy Metal Magazine, Penthouse and some other publications before Dave created his own graphic novel, RAIL. The heroes were unique, unusual and tough. The villains were positively horrifying – from the faceless Hollow Men to the psychopathic “Doctor” who perpetually sought after Dorman’s funky detective, “Iguana”, causing pain and suffering at every chance.

Those stories emerged every now and then over the last 20 years or so. And it wasn’t until Dave teamed up with writer (and Axanar PR guy) Mike Bawden in 2012 that The Wasted Lands started to gain some momentum. Together, Dorman and Bawden documented all of Dave’s stories to-date, researched and developed a “history” for the world and set into place a major story arc that would give all of the characters roles to play and adventures to share.

Now, after nearly five years, the two are launching the production of a bi-monthly magazine called “Amazing Tales of The Wasted Lands.” True to the nature of the world created by Dorman, the publication is, itself, a callback to storytelling of an earlier age. “Amazing Tales” is a classic pulp magazine: measuring 7” x 10”, in a traditional, two-column format. There are six, action-packed stories contained in every, 80-page issue (along with over a dozen pages of new Dave Dorman artwork).

The first issue comes out in November (11/03 is the street date). The current Kickstarter campaign to pre-sell issues achieved its goal nearly two weeks ago, but the team is still accepting pre-orders through Kickstarter until August 18th and then online directly through their website: thewastedlands.com. 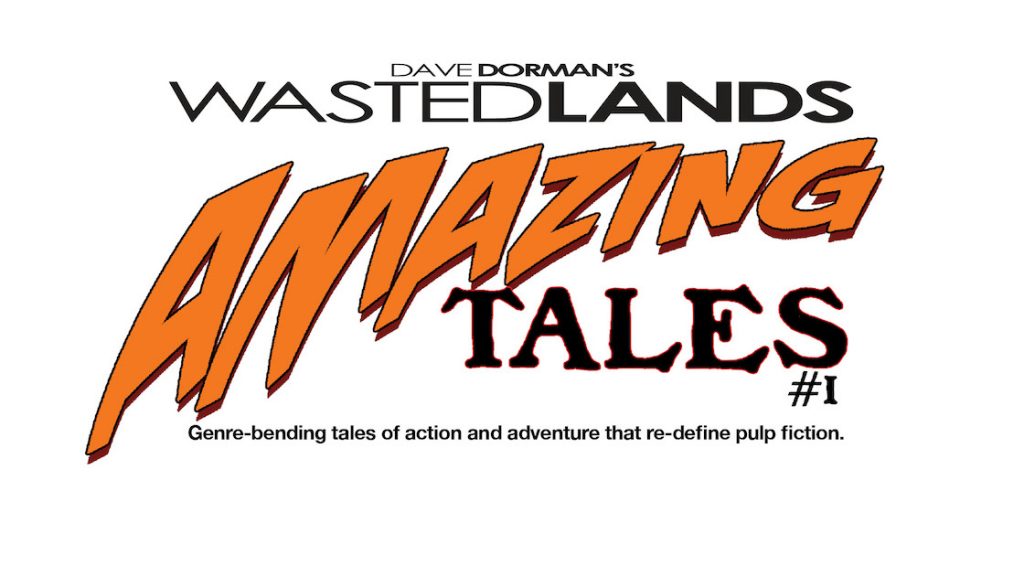 What is it’s connection to Axanar?

The connection through Bawden – a long-time member of the Axanar Productions team – is clear. But he contends the connection actually runs much deeper.

“In many ways, what Dave and I are trying to do with The Wasted Lands is very similar to what Axanar Productions has tried to do with its interest in expanding beyond just fan-filmdom,” Bawden explains. “There is a need for some new, original, creative franchises – and while the original dream and timeline for Axanar Productions was altered with it’s run-in with corporate Hollywood, the general vision of producing original material and helping others produce original material still lives.

“Dave and I appreciate the support we’ve received from the Axanar family. Over two dozen Axanar supporters have stepped up to help us with our first issue pre-sale which, I think, goes a long way to show the commitment to assisting creators with pursuing their dreams is authentic.”

Why a pulp magazine?

The setting for most of the stories in The Wasted Lands is roughly equivalent to the turn of the Twentieth Century. It was an era before radio, TV and comic books. Back then, magazines often serialized their stories from issue to issue to hold reader’s attention. And when it came to entertaining readers who were regular folks looking for escapist entertainment (in the form of fantastic stories, detective thrillers and romances), those magazines were often printed on cheap, pulp newsprint – pulp magazines.

“Amazing Tales of The Wasted Lands” is a publication that is supposed to imitate the oeuvre of the pulp magazine experience, but as if the publication were created, managed and produced in The Wasted Lands themselves. All of the stories take place in Dave Dorman’s mythical world – as do all other aspects of the publication (with the exception of the editorial boilerplate, ISBN number and bar code). This means ads, letters to the editor, editorials, images, stories, dedications – everything, is part of the larger “Wasted Lands” story.

“We see a number of traditional creative “franchises” starting to buckle under the weight of corporations,” Bawden explained. “Original creators are being shut out of the process of story-telling. And, quite frankly, that’s both disappointing and creatively stifling.  Axanar fans understand that, I think that’s why we’ve received so much support.”

According to Bawden, he and Dorman want to present stories that people find entertaining and enjoyable. Not too dark, but also not too simple-minded.  And certainly not so weighed down with previously posited “cannon” that it limits the creative freedom necessary to create these kinds of stories.

How do I learn more?

The Kickstarter campaign for pre-selling issue one of “Amazing Tales of The Wasted Lands” runs through Thursday. You can find it here on Kickstarter, or visit it directly by going to: thewastedlands.com – after that, the URL will switch over to the new website for Dave Dorman’s Wasted Lands and you can learn more about the characters, stories and various adventures as you explore The Wasted Lands.

So check it out! 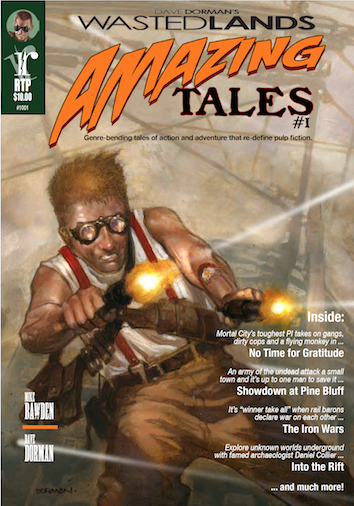