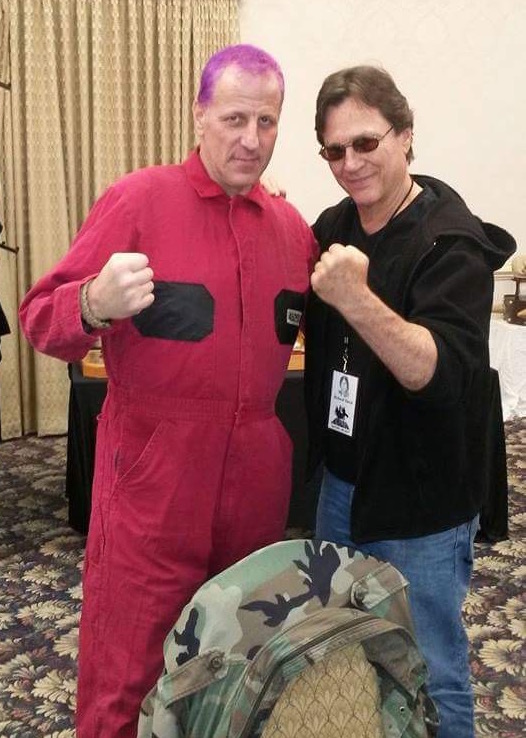 Well, technically this blog starts Sunday night at the annual Colonial Fleet party.  This is always the highlight of Dragon Con for me as it is where all of The Colonial Fleet, the Battlestar Galactica fan club, gets together and parties.  This year we celebrated the memory of Richard Hatch.  Richard was actually a member of The Colonial Fleet and was always part of the BSG fan community.  He would hang with us at Dragon Con, have dinner with us at Benihana, and come to this party.  It was actually at Dragon Con, during the 90’s and early 2000’s that Richard and I became good friends as we would meet, have dinner, talk about the business side of his projects, and catch up.   This year’s party was in honor of our good friend. 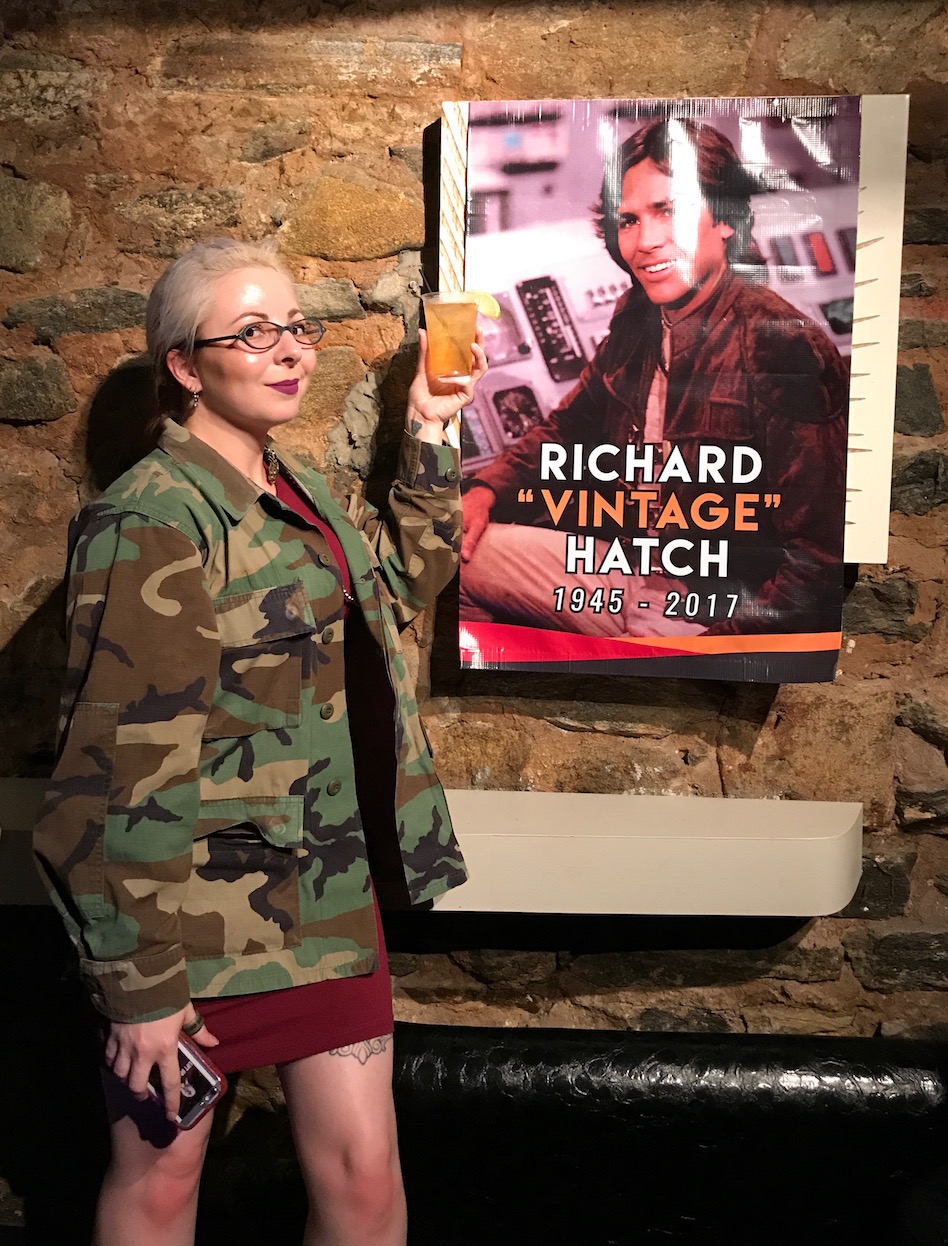 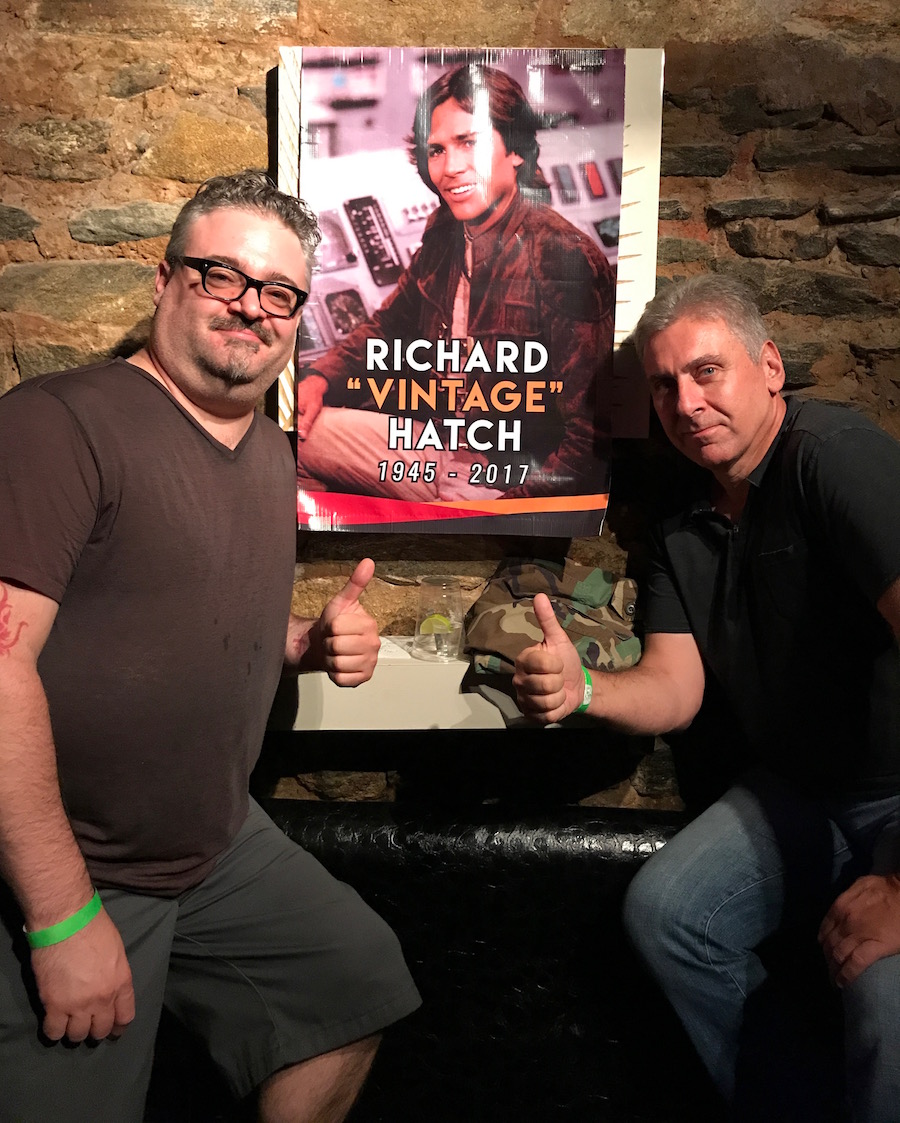 My dear friend Jeff Perella and myself in front of Richard’s poster giving him the thumbs up he was so known for. 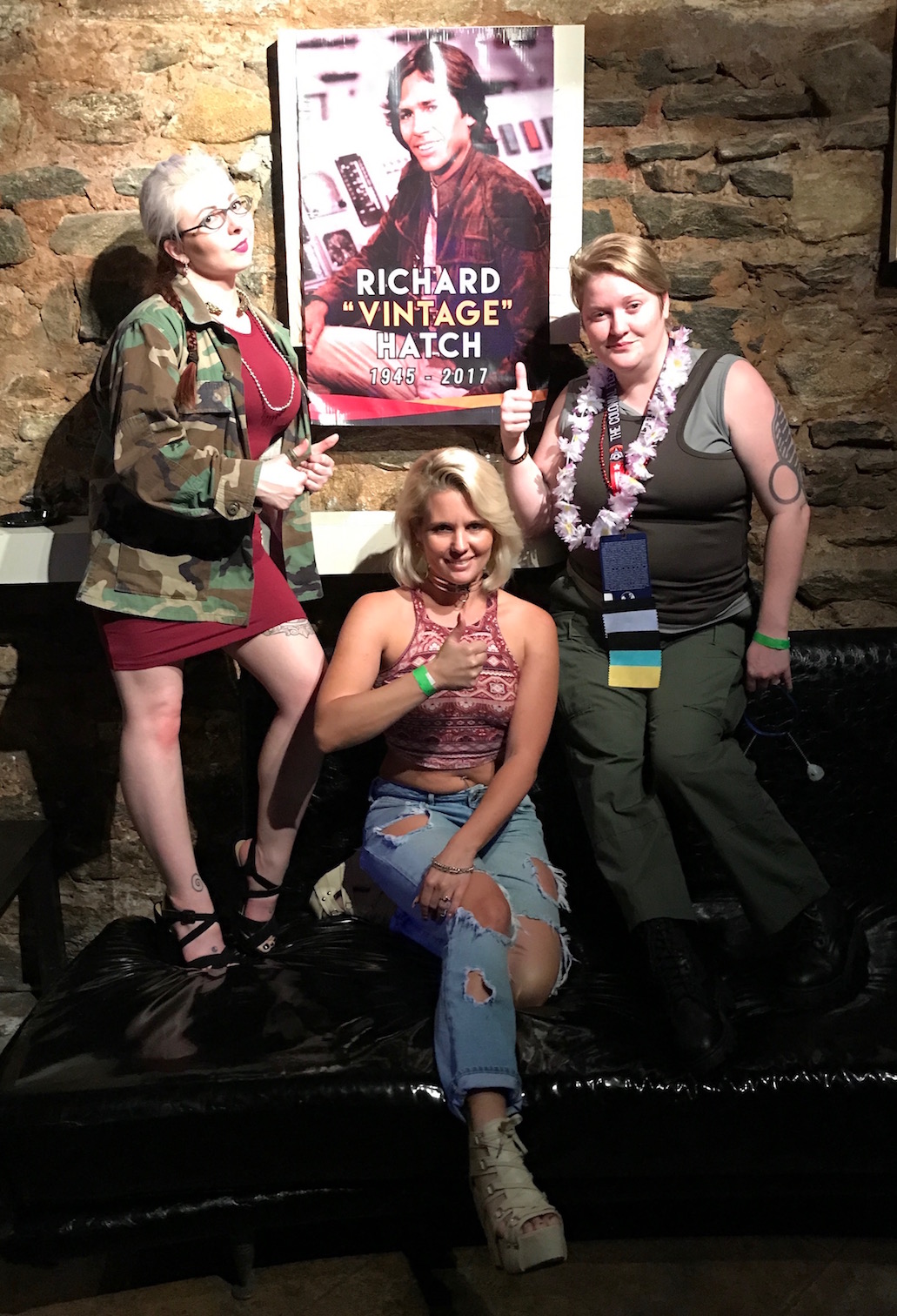 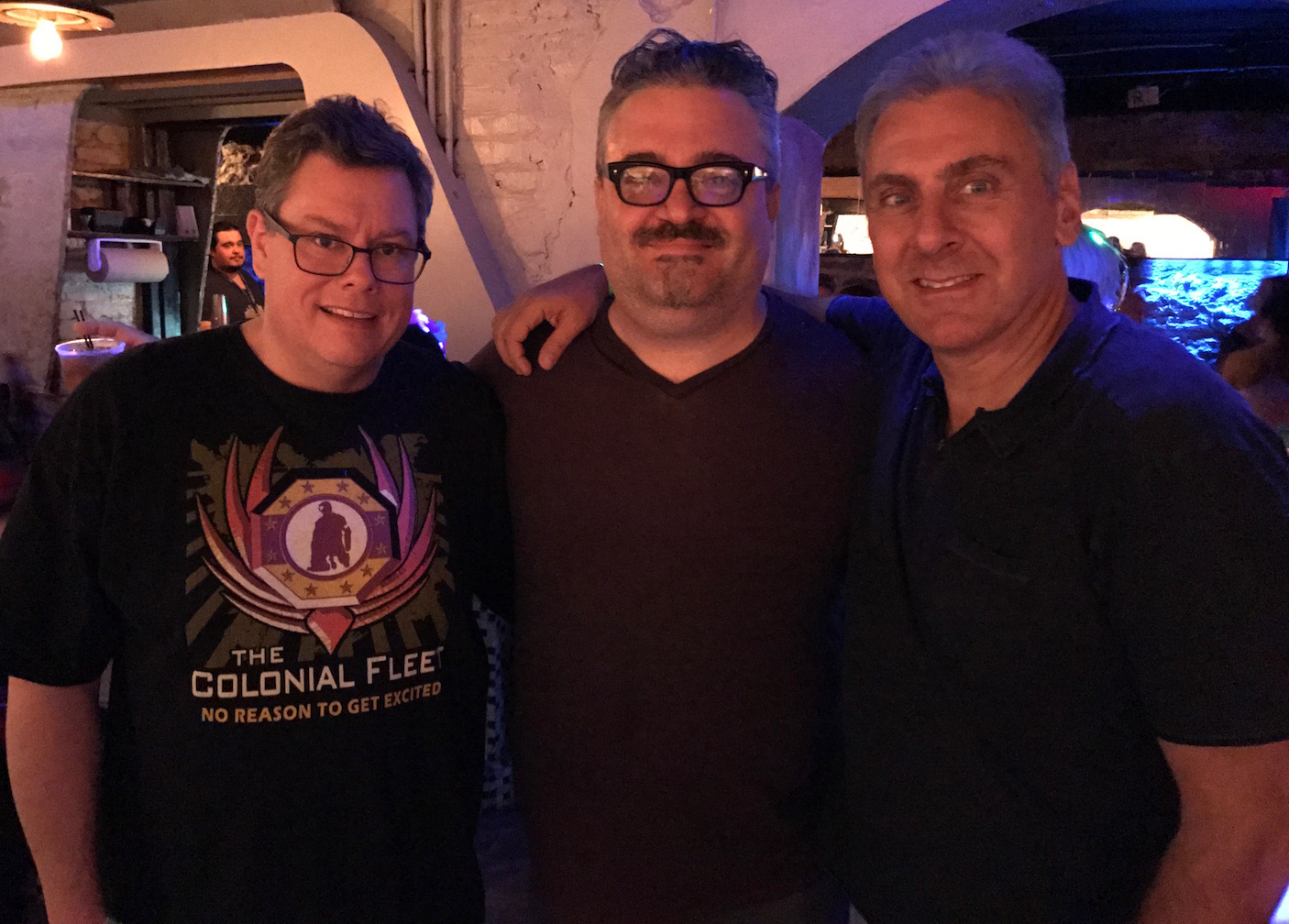 Bruce Boseker, Jeff Perella and myself at the party. These guys are great friends, who I see far too infrequently.

So Monday is really a mellow day as everyone is exhausted from the first 3 days of Dragon Con, and us Fleeters are recovering from FIVE days of events, since we started last Wednesday!  So Crysstal and I walked the convention’s dealers room as our major project.  Crysstal was sporting her cute Sally (Nightmare Before Christmas) / Harley Quinn mash-up cosplay. 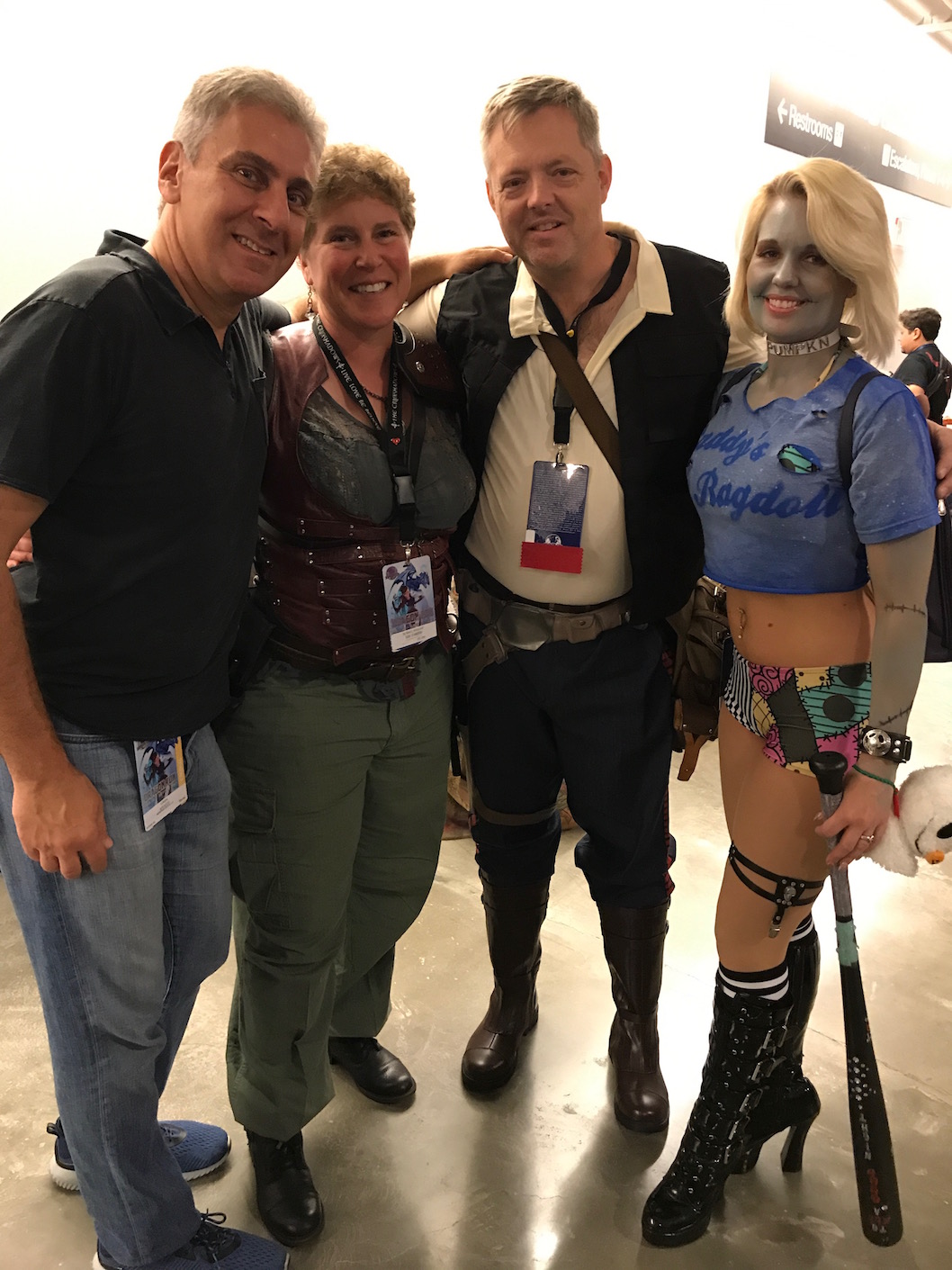 Walking the dealer room we ran into our awesome friends from Los Angeles! Gail Standish is a Federal Judge and her husband Anthony Thurston is a prop maker! Gail used to work at Winston & Strawn! 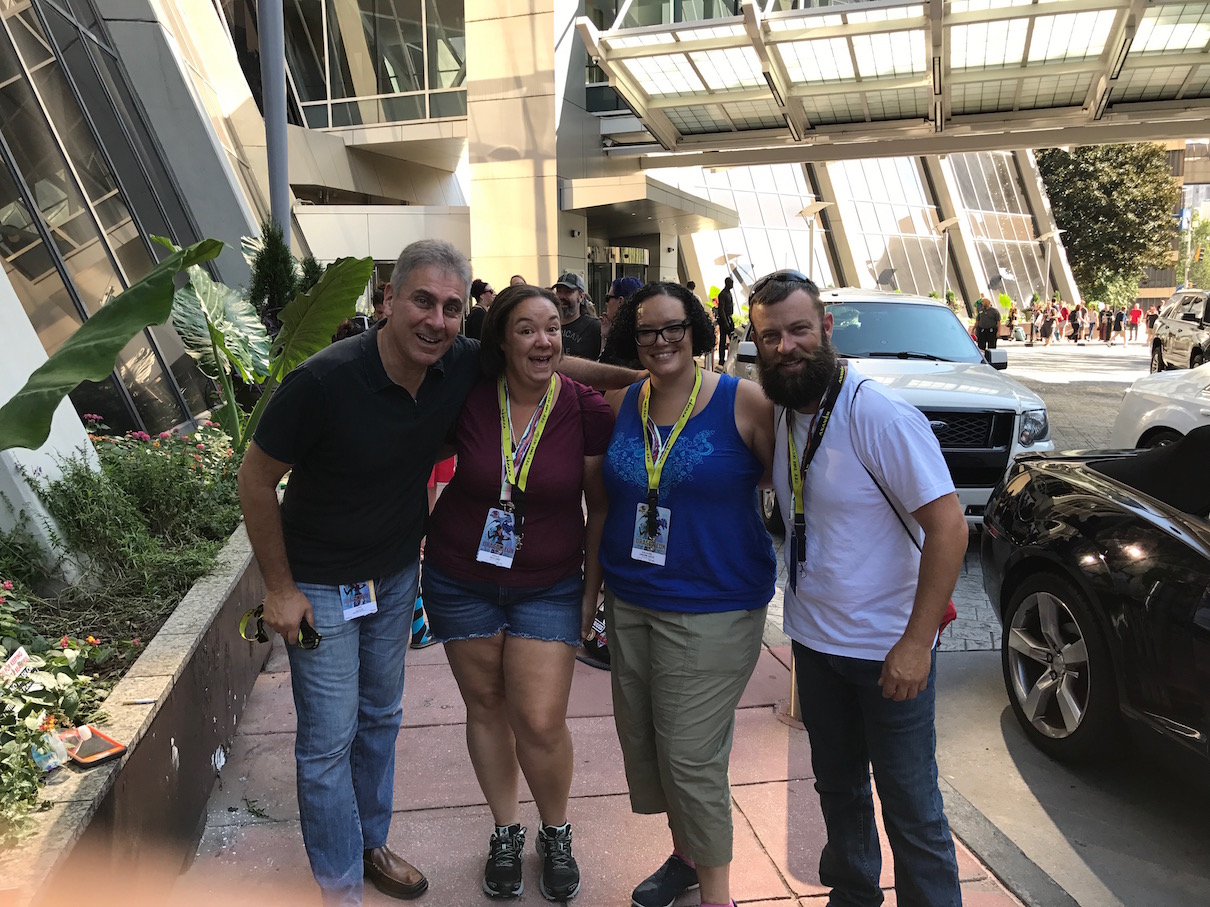 One of the highlights of the day is when I got flagged down by Axanar fans outside of the Hilton!  They came down from Raleigh, North Carolina, and I gave them all Axanar lanyards as a way to say thank you!

And thus ends another year at the best convention in the world.  Yes, Dragon Con has gotten too big and it is a nightmare to get around sometimes, but still, all my good friends make it so much fun.  And now we are local, so we don’t have to deal with air travel!

Not having Richard there was a real bummer.  My birthday get together was simply not the same without Richard’s amazing energy.  But we know he was up there looking down while asking God to thumb wrestle!

Thank you to everyone who made DC 2017 great!

So say we all!