So today lets talk about Perks, the special items you get when you donated to Axanar through our Kickstarter, our Indiegogo, or through PayPal.

First, in 2015, after Diana had used Backerkit (the address collection and donor management system) to manage the Prelude to Axanar Kickstarter, and found it lacking, we decided to build our own system.  Our technologist at the time told us he could replicate the system and so we chose to go that route and Ares Digital was born.  Unfortunately we waited 10 months and still the system went uncompleted. We finally made the decision to get another technologist on the case as it was clear that otherwise we would never get a completed system delivered. So we elevated Axanar co-producer and all around technology all-star Bill Watters to Chief Technology Officer and asked him to build a complete Ares Digital.  Well, in just 6 weeks Bill has created a better and more robust system than the uncompleted previous version.  But unfortunately we lost 10 months and that is why we still haven’t shipped the patches from the Axanar Kickstarter!

Bill keeps making the new system better.  Already Ares Digital 2.0 is set up so you can go and enter your current shipping address and start downloading your digital perks.  (Please see Diana’s instructions here).  We will shortly be able to print out the labels for all your addresses and start shipping the patches from the Kickstarter. 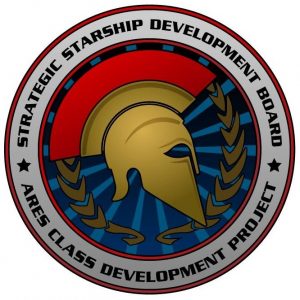 The Kickstarter patches were purchased in 2014 and been sitting in envelopes waiting to ship for over a year.  Now, thanks to Bill and the new Ares Digital, we will get those out to you all shortly.  We will also be ordering the patches from the Indigogo this month and get those out next. 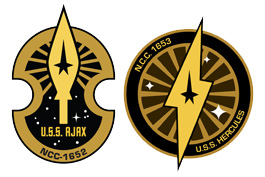 Two of the Indiegogo patches – Sonya and Sam’s ship patches!

The second thing that affected perk delivery was the lawsuit.  Because we should have been finished Axanar by now, but we chose to delay production until we resolved the lawsuit.  And because we haven’t made the movie yet, well, we can’t very well deliver DVD’s and Blu-rays!

However, Diana has been working on a strategy and we have all the perks that we owe laid out as to what we can deliver and when.  Here are a few tidbits

Of course this leads to the question, will we be making Axanar?  And the answer is YES.  But it may take a different form than the 100 minute movie we planned.  One possibility is that it will be more episodes in The Four Years War documentary series that Prelude to Axanar was part III of.  Much depends on the legal outcome of the lawsuit.

And there will definitely be a documentary about the battle for Axanar that covers everything from the beginnings of my very first Garth story 25 years ago, to my turn as Garth in Star Trek New Voyages to Prelude to Axanar through pre-production on Axanar through the lawsuit.

So please be patient, and we will get you everything we set out to from the beginning!