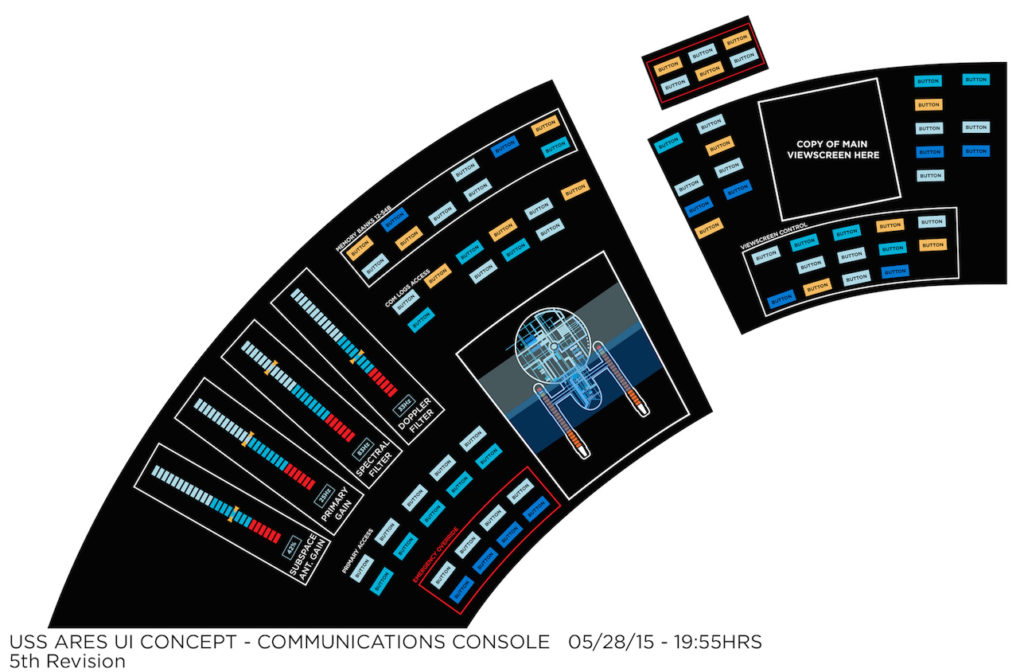 Work is going on the bridge to get it ready for Axacon in less than two weeks. Today Dana Wagner, who is the local lead on the bridge art team, and I met with Joe Campbell, who is a huge Trek fan, Sisko look-alike and works for one of the top sign printing companies in Atlanta.

Now you may want to ask what a sign printing company has to do with bridge consoles!  Well, since moving from LA we needed a new company to print our bridge consoles.  And that means a company that deals with plastics and duratrans (translights) plexiglass.  Now the old way we were going to do it, which our comm station was done up as is an 1/8″ layer of milk plex (transluscent plexiglass), and then the duratran (basically like printed mylar – know as a translight in Star Trek circles), and then a layer of 1/8″ clear plexi to hold everything down. 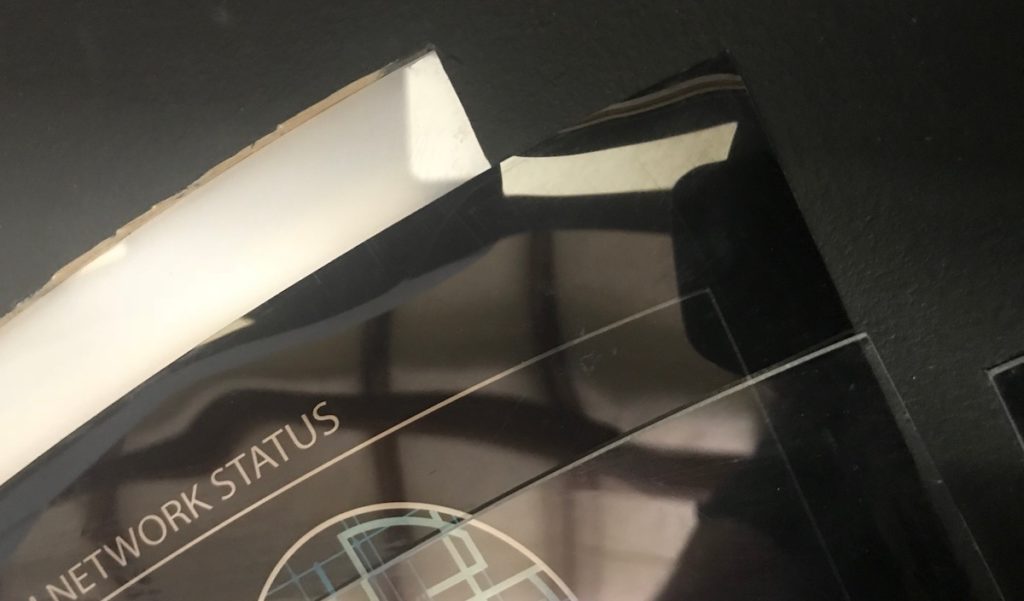 So Joe showed up with a couple text panels that were actually PRINTED plexi!  Now that was awesome, and the MSDs he brought were really impressive.  These were 1/4″ thick and the back was printed white so you didn’t need the translucent plexi. 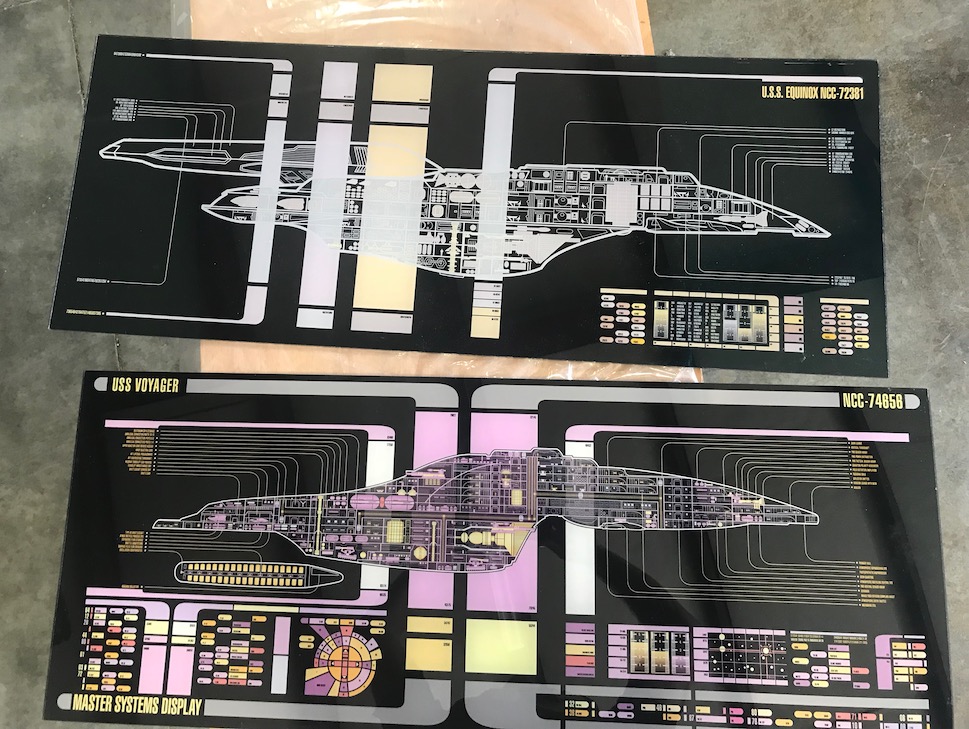 So I was pretty fired up as this meant life would be much easier.  And hopefully cheaper. 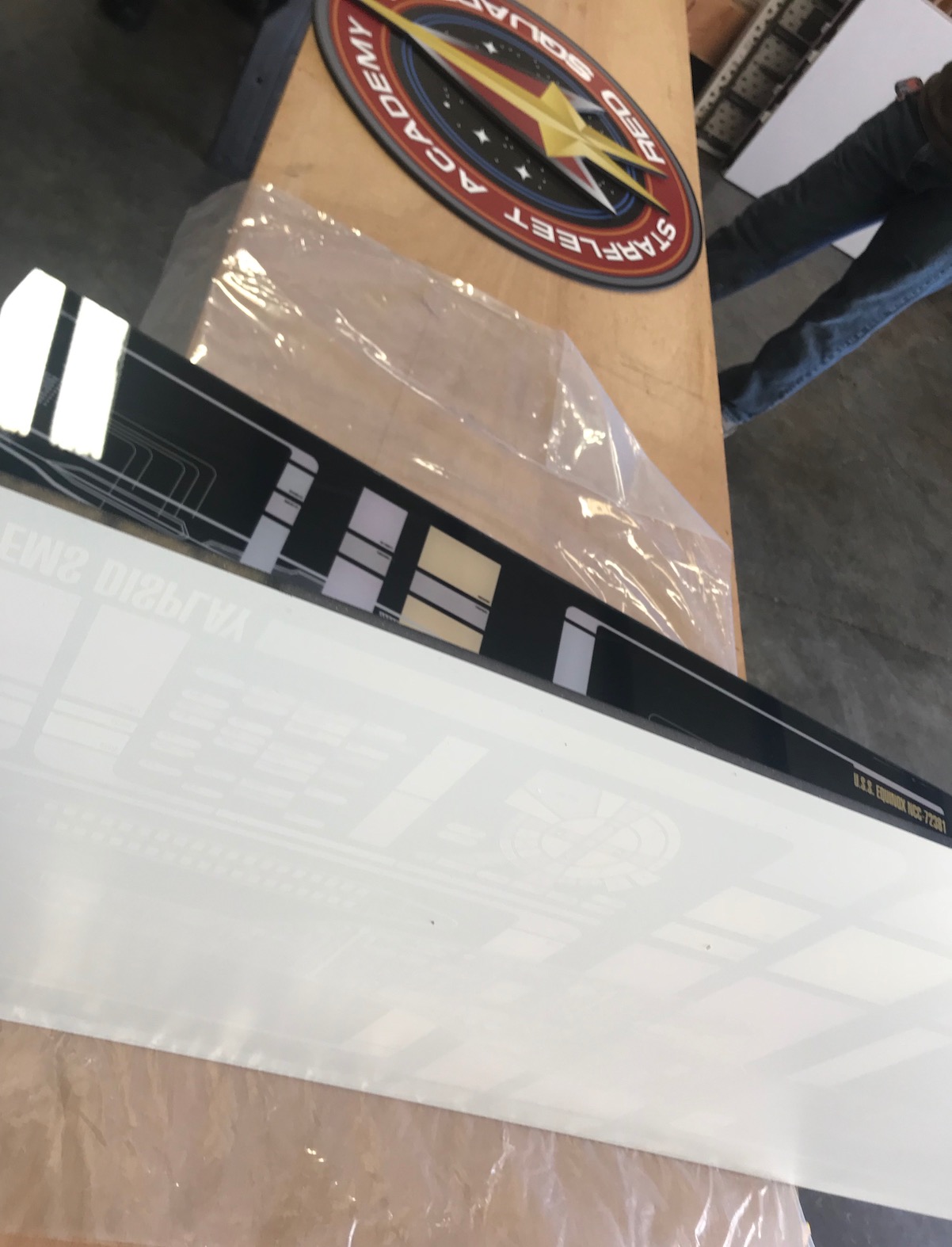 One of the MSDs on edge to show you the translucent back.

So a bit more on this tomorrow!