Well, this past Friday I went to Monsterama, a local monster/horror themed convention.  It is about 600 people, and one of my good friends, Anthony Taylor, is one of the promoters.  So my buddy John Eaton (who I started my technology company Marketworks with in 1999) headed over there.  John was putting up a Major Matt Mason display, as he has an amazing collection of this vintage 1960’s astronaut toy (as I do, that’s how we met) and I agreed to do a panel on Axanar and fan films with Matt Green from Star Trek First Frontier.  It was a fun little panel as we only had 8 people since it was a Friday rush hour panel (Atlanta traffic is AWFUL).  But we showed Prelude and a trailer for First Frontier, and we had a blast. 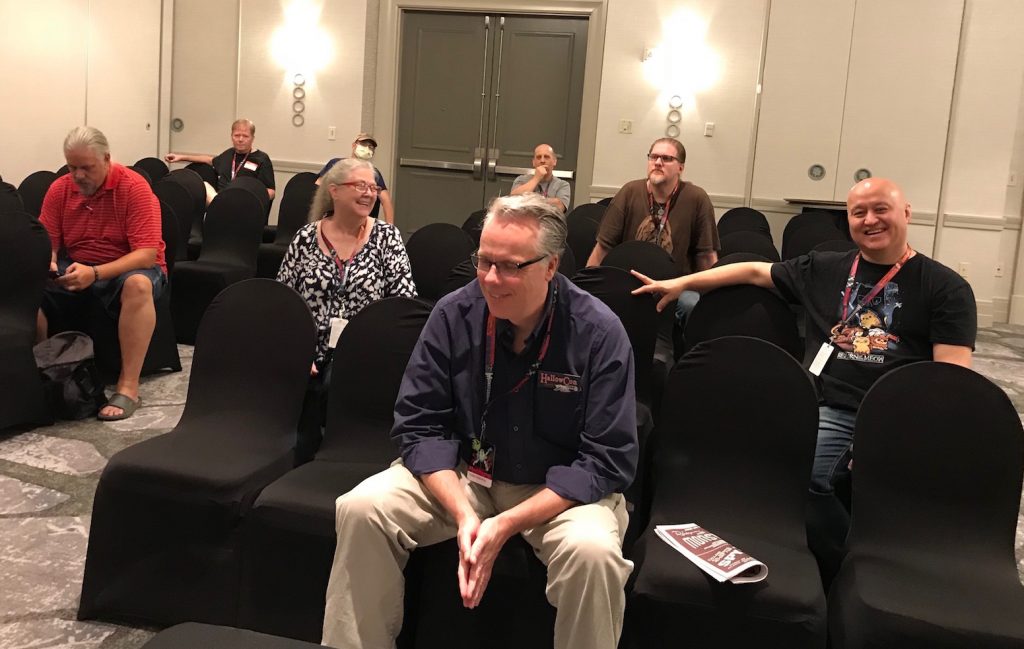 The “crowd” at the Monsterrama panel!

Now that leads into my discussion of Matt Green and Scott Lyttle, two AMAZING volunteers, who helped Dean put the bridge set back together.  TheMatt and Scott are part of the team who put another small studio in Norcross, 20 minutes from OWC Studios.  Their studio is a warehouse too, though 9,000sf and thus 50% bigger than OWC Studios.  And their idea is to rent out the studio and they already have some interest. The image above is their studio. 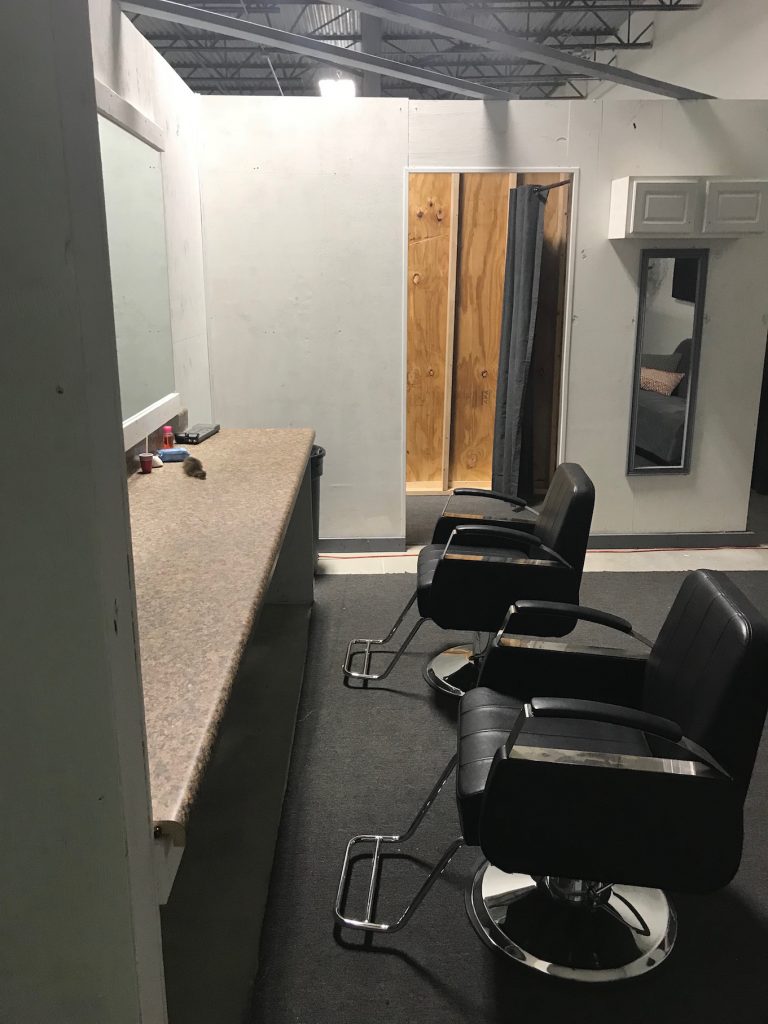 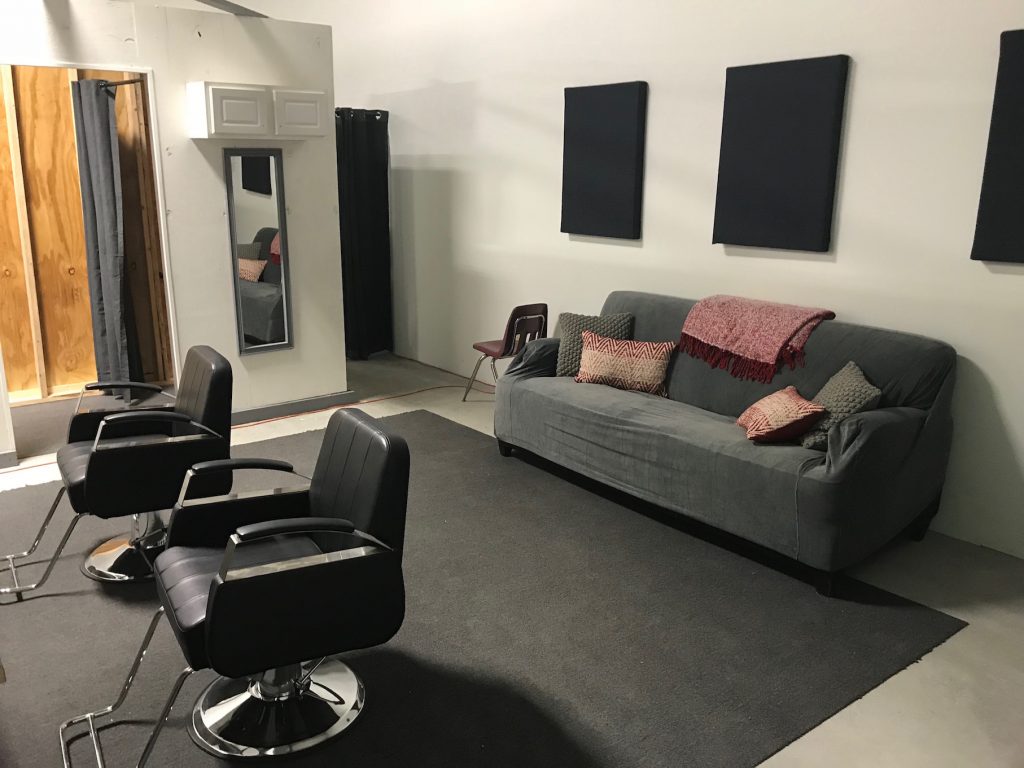 …with a nice comfy couch! 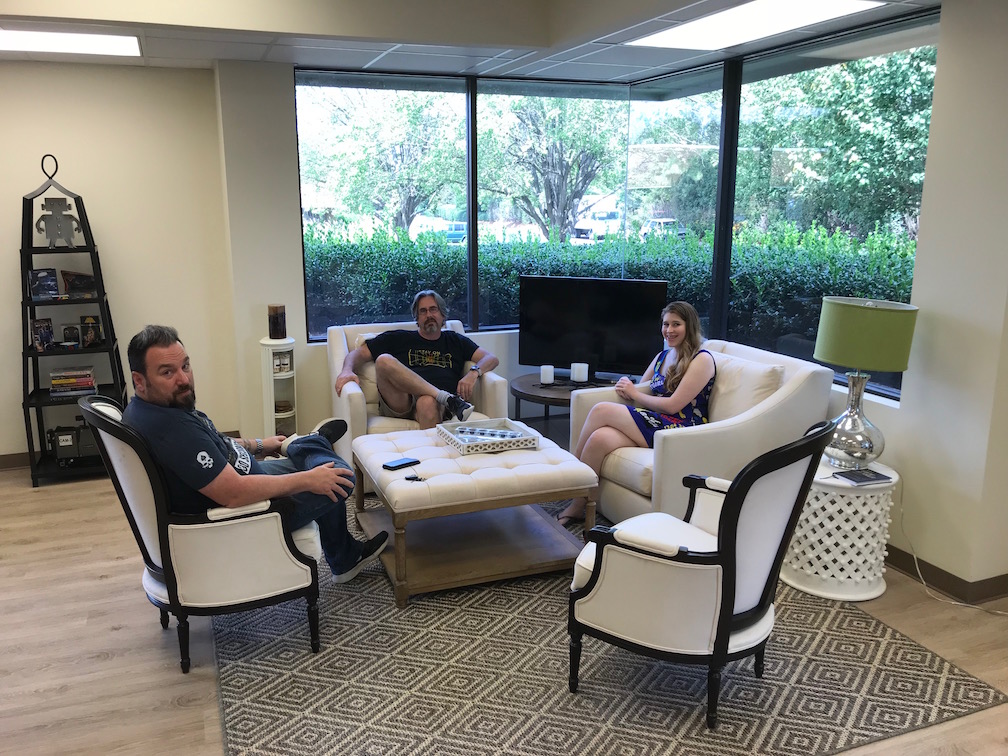 Matt and the guys actually got their studio AFTER they saw ours and they have done an awesome job with it!  I wish we had known each other before and worked together, we could have had one big studio!

So we may use their studio as well, if we have work to do in Atlanta.  And the beauty is we are both helping each other become successful! Again, a principle of Star Trek….help each other. 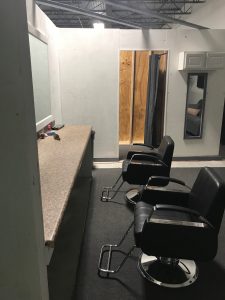 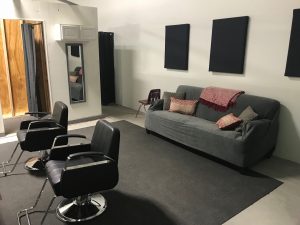 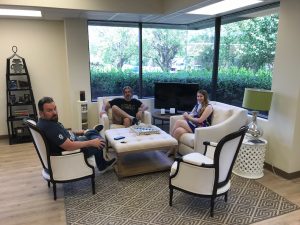