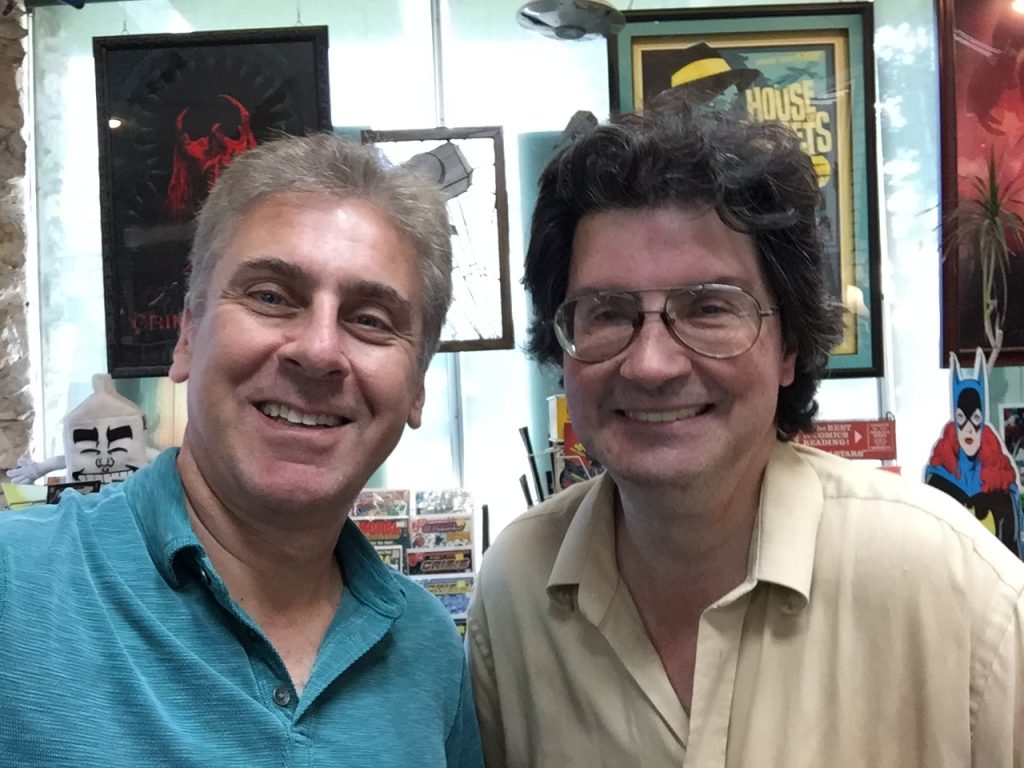 With Jim Terry at House of Secrets

One of the coolest things about what we have done with Axanar is that Prelude to Axanar is important to Star Trek fans beyond just being a fan film.  Axanar represents the Star Trek we all know and love and because it doesn’t look like any other Star Trek fan film, so many fans have adopted the Axanar universe into their personal canon and we are so humbled and thrilled by this.

So when visiting House of Secrets, the awesome comic book store near Disney Studios in Burbank, recently, I was recognized by a fan, Jim Terry.  That is always a bit shocking as I never quite realize that Prelude has 2.5 million views on YouTube and that means a lot of people have seen Prelude.

As it always happens, the fan then starts telling me how much they loved Prelude and how unlike any other fan film it is.  And like any good, long term Star Trek geek, we then geek out over what we love about Prelude together.  It is such an act of pure fandom, and I readily accept the praise on behalf of the entire Axanar team.

So thanks to Jim and every fan who has come up to me to tell me how much they love Prelude.  We all appreciate your support!