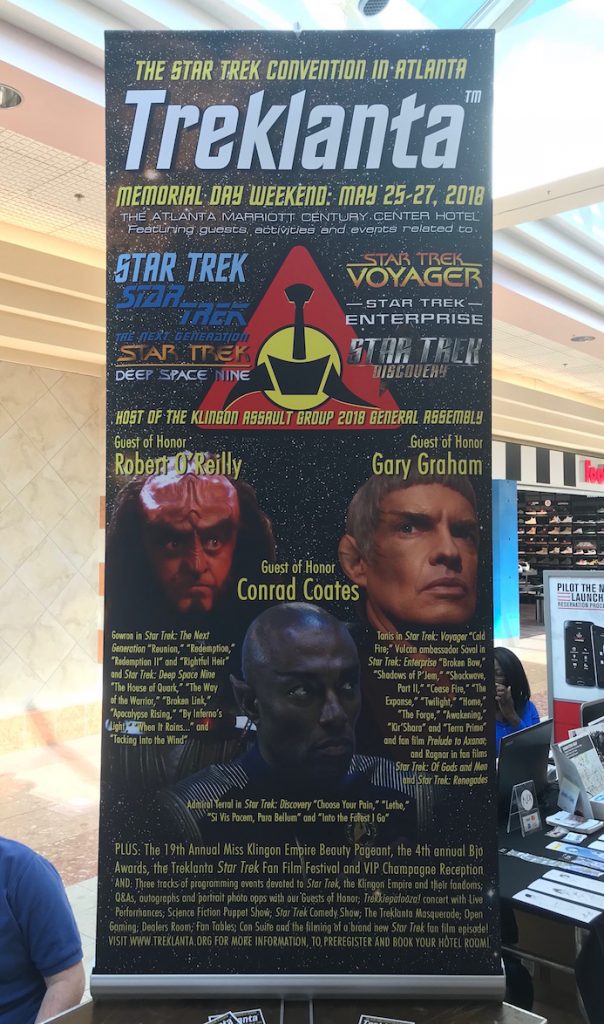 This past weekend we were at the Atlanta Science Fiction and Fantasy Expo, a small, mall-based convention in Decatur, GA, just outside of Atlanta.  Tony Cade, the promoter, who owns Challenge Comic & Games in the mall, hosts the event, and asked us to attend.  The Axanar Fan Group set up a table, we got to meet lots of nice people, some Axanar fans and donors, and host a couple small panels.  We also got to chat with our good friend Eric Watts, the promoter behind Treklanta, Atlanta’s Star Trek convention, which Axanar has been a part of for the past three years.

Eric is a character.  You know it from the first moment you meet him.  With his long ZZ Top style grey beard, to his big personality, to his “The world may be getting me down, but I don’t give a frak” attitude, Eric is one of those people who you need to know because he makes life more colorful.

Now Treklanta is great because Eric is a huge Star Trek fan and it really is a passion project of his.  Every year he gets the smaller guests that get lost at a bigger convention, and gets one or two bigger guests to highlight the show.  Last year he had JG Hertzler, and David Gerrold, and this year he has Gary Graham, our very own Soval, and Robert O’Reilly, who played Gowron.  And, as a nod to Star Trek Discovery, Eric has Conrad Coates, who plays the Vulcan Admiral in Discovery.

Treklanta is small and intimate.  It doesn’t have a huge dealers room or huge attendance, but it is all about friends meeting up and sharing their love for Star Trek.  I am lucky that now that we are based in Atlanta, we will be able to have  bigger presence there.  And one reason is our support for other fan films. 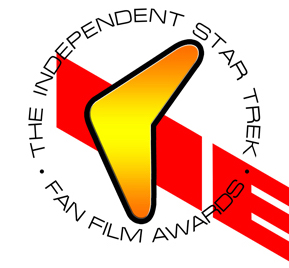 In 2015 Eric Started the Star Trek Fan Film Awards which Axanar was lucky to win 6 of in its inaugural year.  We also sponsored the awards in 2016.  This is a great project, and one you should pay attention to as it promotes the Star Trek film making community.

Axanar is a huge supporter of Treklanta, and if you are in the South, you should try and make it to the event.  We would love to see you!  You can find out all about it on their website. Treklanta happens May 25-27th, which is Memorial Day Weekend this year! 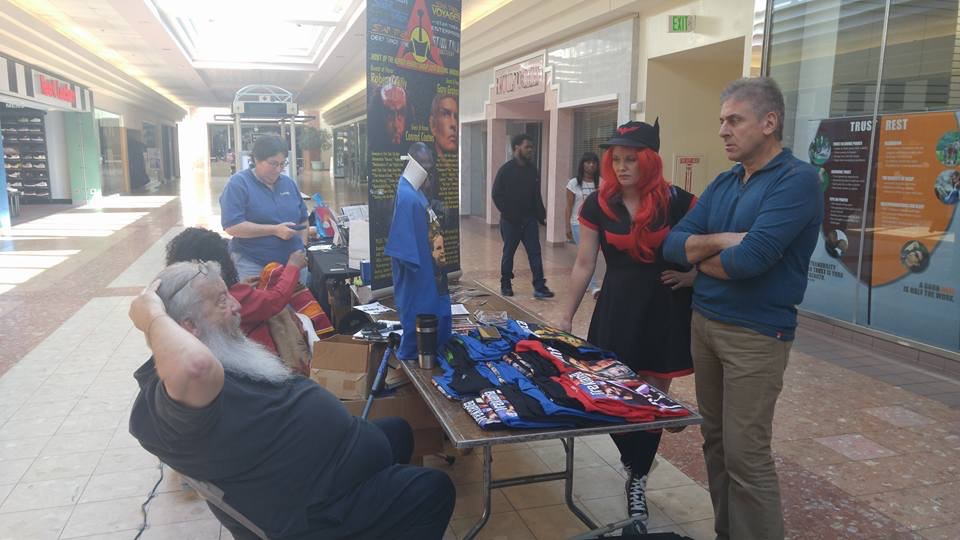 Eric Watts (on left) speaking with Crysstal and Alec at the ASFFE last weekend.

Thanks to Eric for all of his hard work for Star Trek fans!