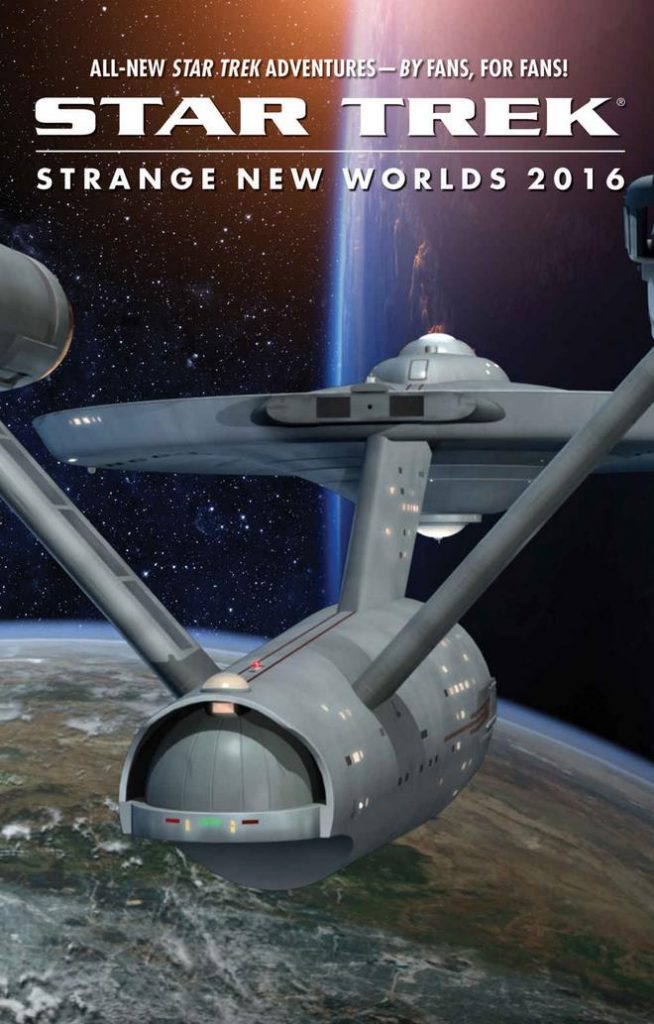 Strange New Worlds was a series of short stories by Star Trek fans that was published by Pocket Books from 1998 to 2007.  In a move Gene Roddenberry approved of, Pocket Books created a way for Star Trek fans to get their fan fiction published.  It was a great idea and it finally returned in 2016.  Here is what Wikipedia said about the previous 10 volumes:

Each Strange New Worlds collection contained a Grand Prize, Second Prize, and Third Prize winner, along with as many as twenty honorable mentions, meaning that an anthology could contain no more than twenty-three stories in total. Every writer was paid ten cents a word for their story and is entitled to a share of royalties on the anthology, with the top three writers receiving additional bonus advances of $1000, $600, and $400, respectively.

Authors who have been published three times in Strange New Worlds are, as outlined by the rules, no longer eligible for further publication. Getting to such a point has become known as making one eligible for a “Wardy,” named for Dayton Ward, the first writer to fall into this category.

While not associated with Star Trek, CBS or Pocket Books, Axanar will be hosting its own Fan Fiction competition.  Diana has been creating a set of guidelines and we will be announcing them shortly!  So sharpen those pencils, change the ribbon in your typewriter, and fire up that word processor!

Please note that our Fan Fiction competition has nothing to do with Star Trek’s competition and is meant as a fun way for fans to create their own Axanar stories.  Since so many fans find the Axanar universe so exciting, we want you all to help expand it!)