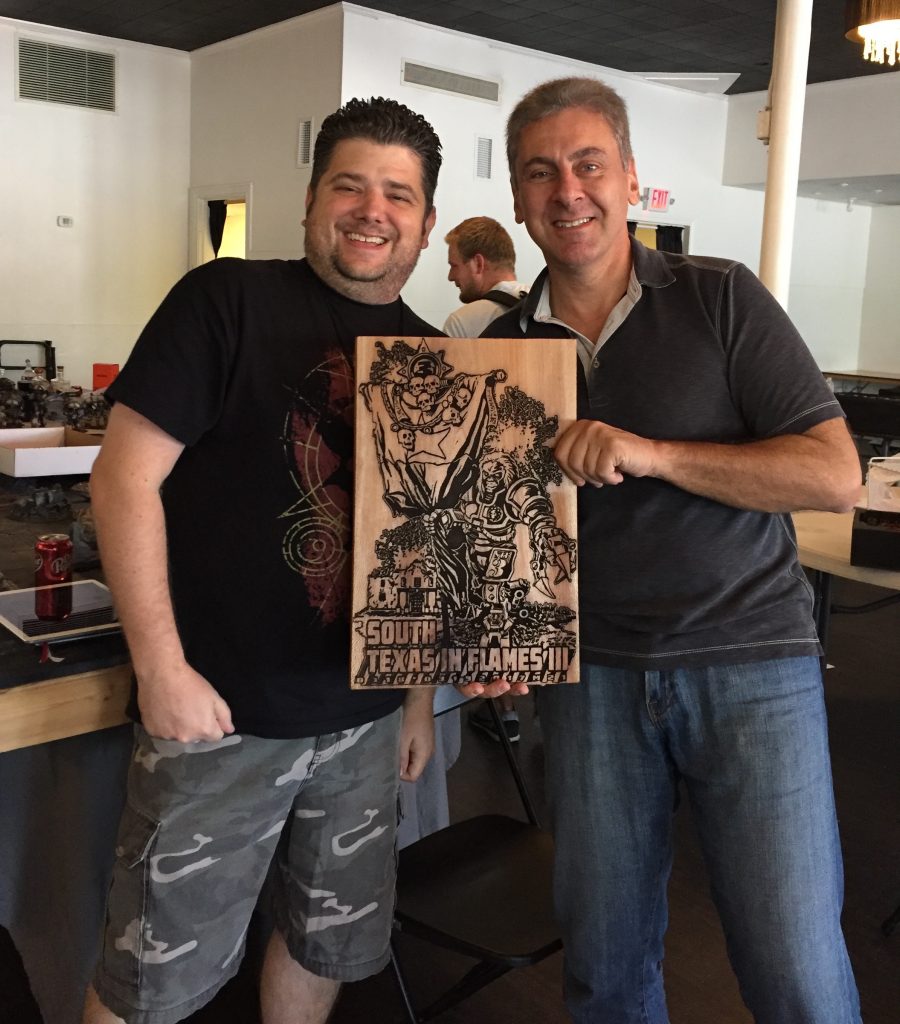 While we launched our Indiegogio campaign for our studio today, I was actually flying back from a weekend at a Warhammer tournament in Victoria, Texas.  It was for the Horus Heresy game, which is my other big passion besides Star Trek.  I even write a blog about it and have a forum with over 3,000 gamers.  Yeah, I am a big geek.

And even though I barely lost my two team (2v2) games, and tied my one 1v1 game, I had a blast.  Crysstal and I even were up late Friday night finishing my army and finished at 4:00am (the tournament started at 9am).   I made some great friends too.  Chris Priddy, the event organizer is awesome and we became good friends chatting about Science Fiction over several glasses of wine, beer and Fireball!  We agreed Rogue One was awesome, and BSG was the best Sci Fi show ever on TV.  His club mates were equally as awesome, and one of them, Zac, was fired up he had someone from Axanar there (he made his buddies watch it).

I won the “Chill Dude” award because, unlike when I am working, I am pretty laid back when gaming (most of the time) and just wanted to roll dice and blow stuff up.  It was a lot of fun. Crysstal called it the “Mr. Congeniality” award.

So consider this your little peek inside my other passion and my last weekend off for at least a month! 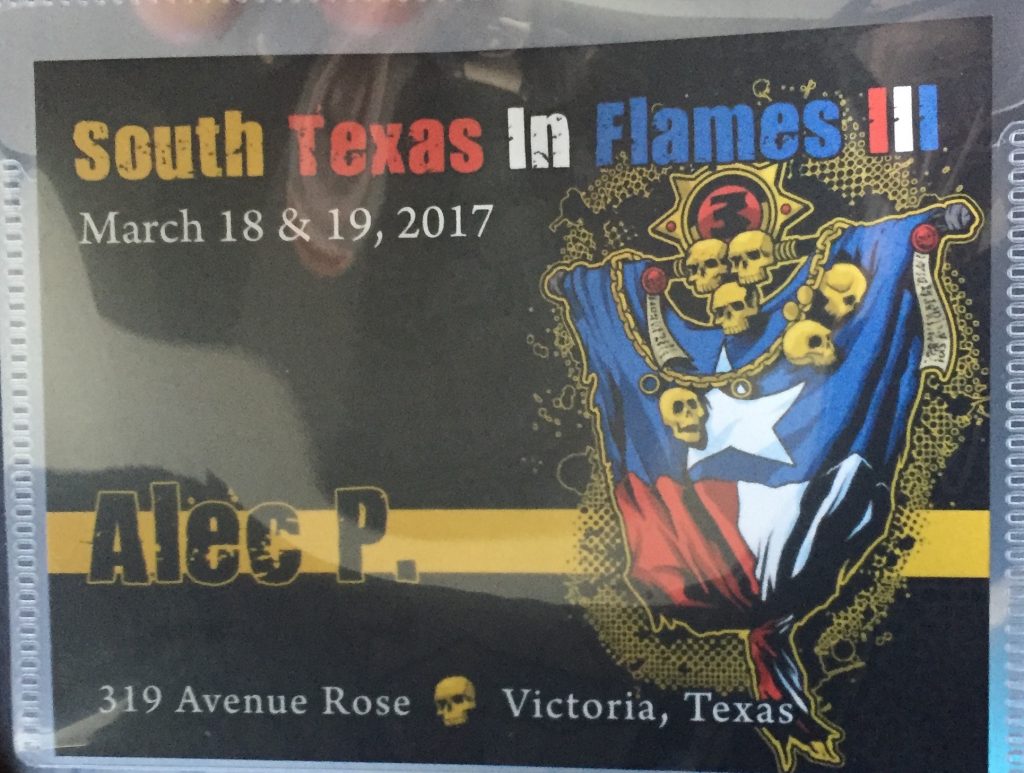 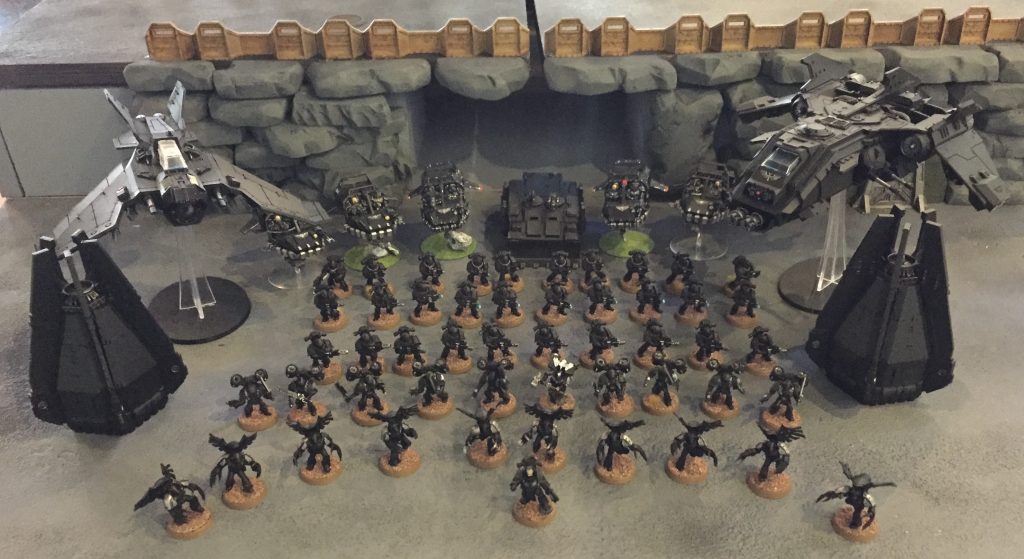 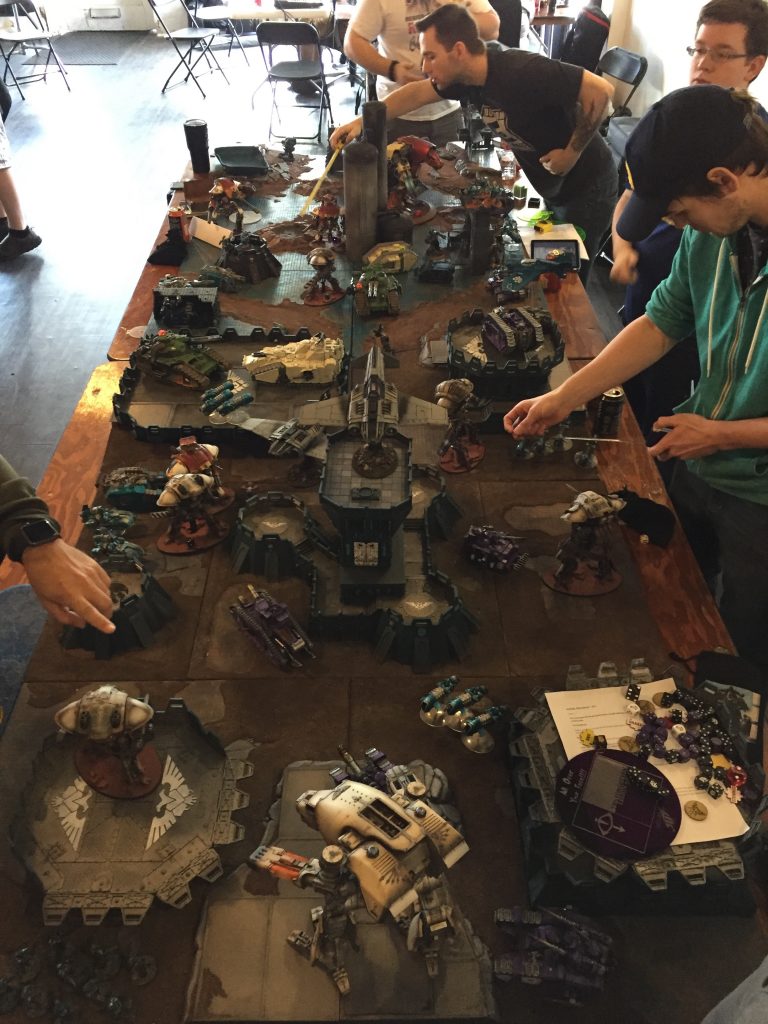 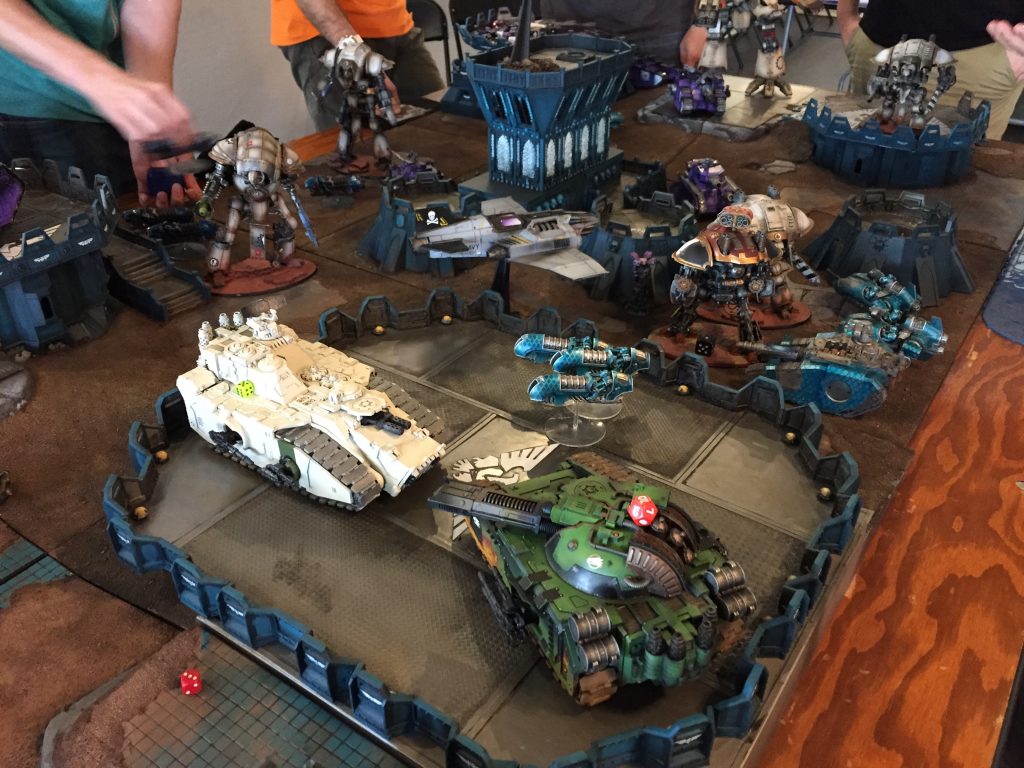