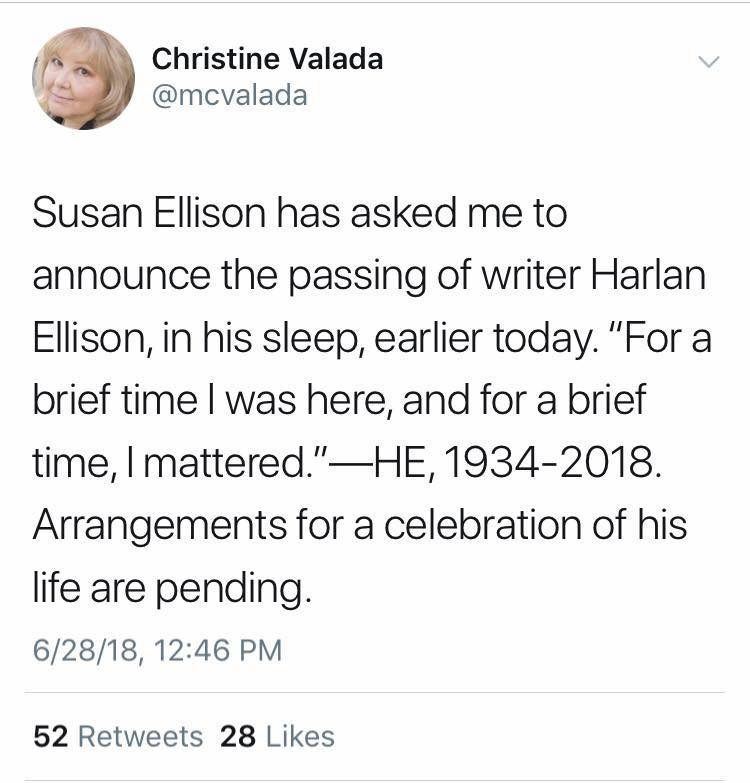 Today we got the news that sci-fi legend Harlan Ellison has passed away.  We all know Harlan as the writer who penned City on the Edge of Forever, possibly the greatest Star Trek episode ever. 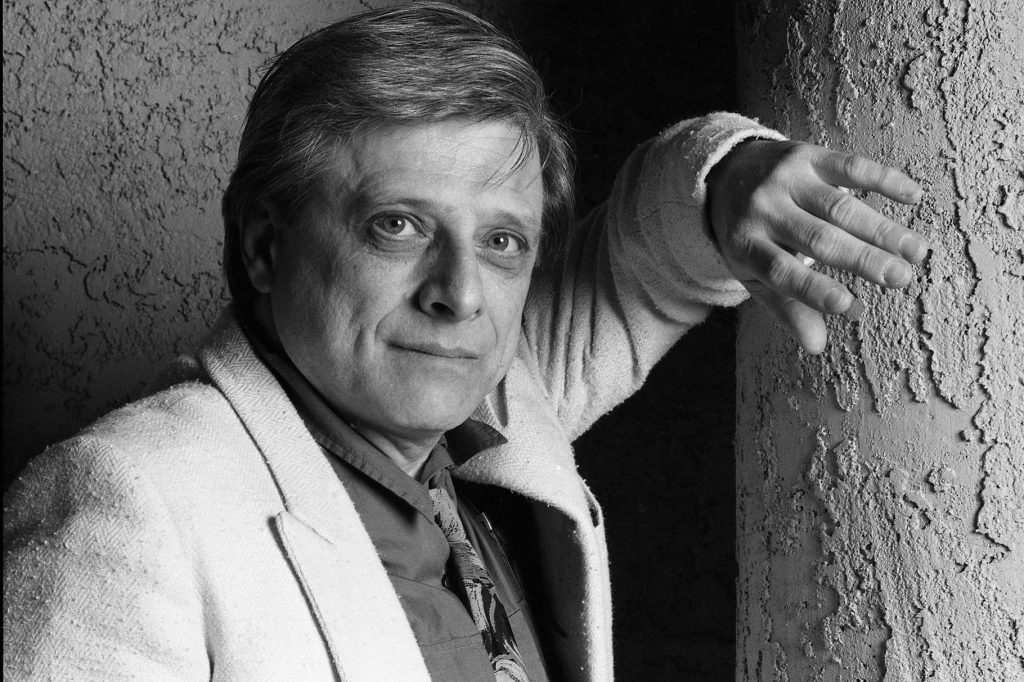 There are many great articles eulogizing Harlan.  Here is one I read.

And here is what his good friend and Star Trek legend David Gerrold had to say (among many things).

Back in the sixties, Harlan Ellison took a stand for excellence in science fiction. It was a dangerous stand because it didn’t just challenge the status quo of the genre, it challenged the foundation on which the status quo rested.Harlan felt that the SF magazines of the fifties and sixties were limited by self-censorship and afraid of taking on dangerous ideas.  He wanted to push the boundaries of the field. He wanted to destroy the boundaries.

So what he did was create an anthology — ‘Dangerous Visions’ — and a sequel, ‘Again Dangerous Visions.’  These anthologies were designed to be a place where authors could publish stories that they couldn’t sell anywhere else.  Some of the stories were brilliant in startling ways.  And a few were truly subversive.

Those two books inspired other editors to be more adventurous in their own anthologies and eventually challenged the magazine editors to expand their boundaries as well.  I’ve since read stories in F&SF, for example that are far more ‘dangerous’ than anything published in Dangerous Visions.  So it’s my belief that those two anthologies simply upended the definitions of SF so profoundly that there could never again be a return to the safe, ‘lets go to the moon and here’s how we’ll do it’ story.

But even those writers who never got into Ellison’s anthologies still recognized that a challenge had been laid down for the entire field, and subsequent to those books, the authors at the heart and soul of the genre were reinventing themselves, their visions, and their goals.

This is Harlan’s legacy . He was a catalyst for change — and the change is profound: in no small part due to his efforts, the science fiction genre graduated from pulp to literature.

RIP Harlan.  The world is a less interesting place now.