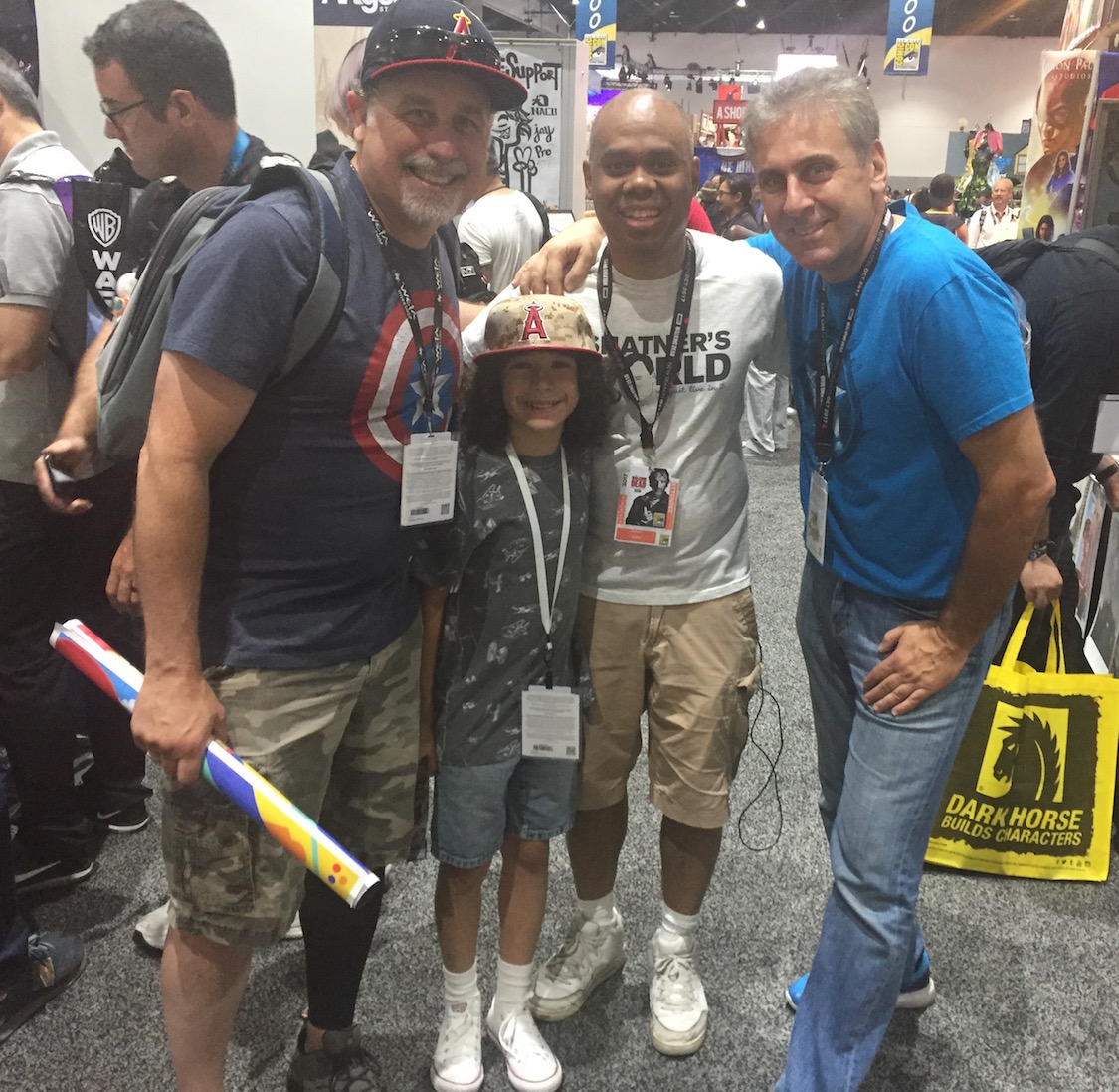 So, what did we do at San Diego Comic Con 2017?  Obviously Star Trek: Discovery and The Orville were the big topics we were interested in, but we had no interest in waiting in line for either panel.  But we got plenty of Star Trek in. 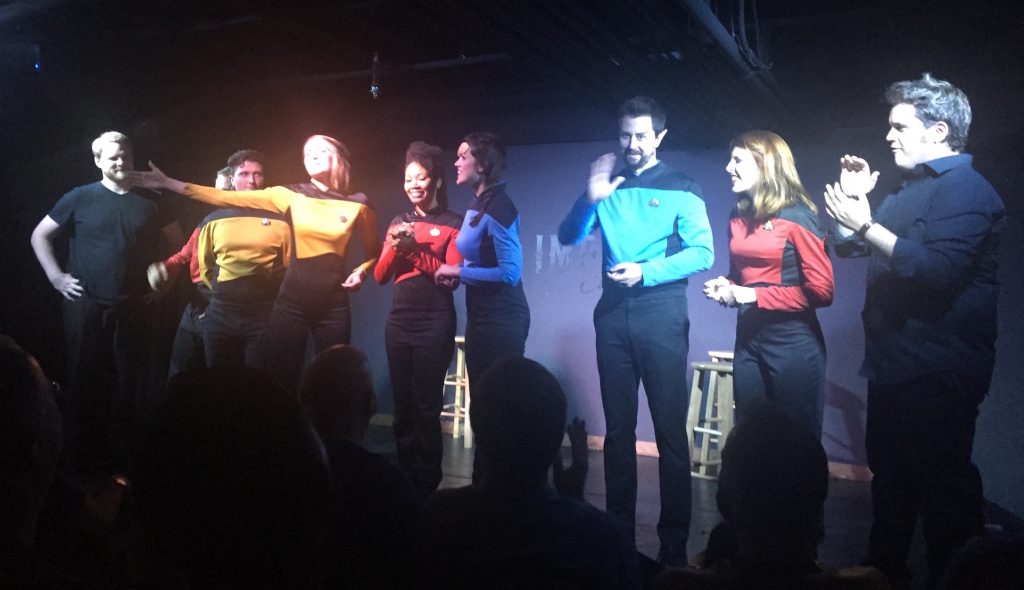 Our friends at The Improvised Trek did a show Thursday night in Old Town San Diego.  It was a riot.  Based in LA, this group does a regular comedy show based on Star Trek The Next Generation.  Our good friend Aliza Pearl, who is doing the Guinan fan film plays the captain, while Sara Mountjoy-pepka plays the chief engineer.  It was hilarious.

And JG Hertzler was outside smoking a cigar with our dear friend Don Albares, so that was funny. 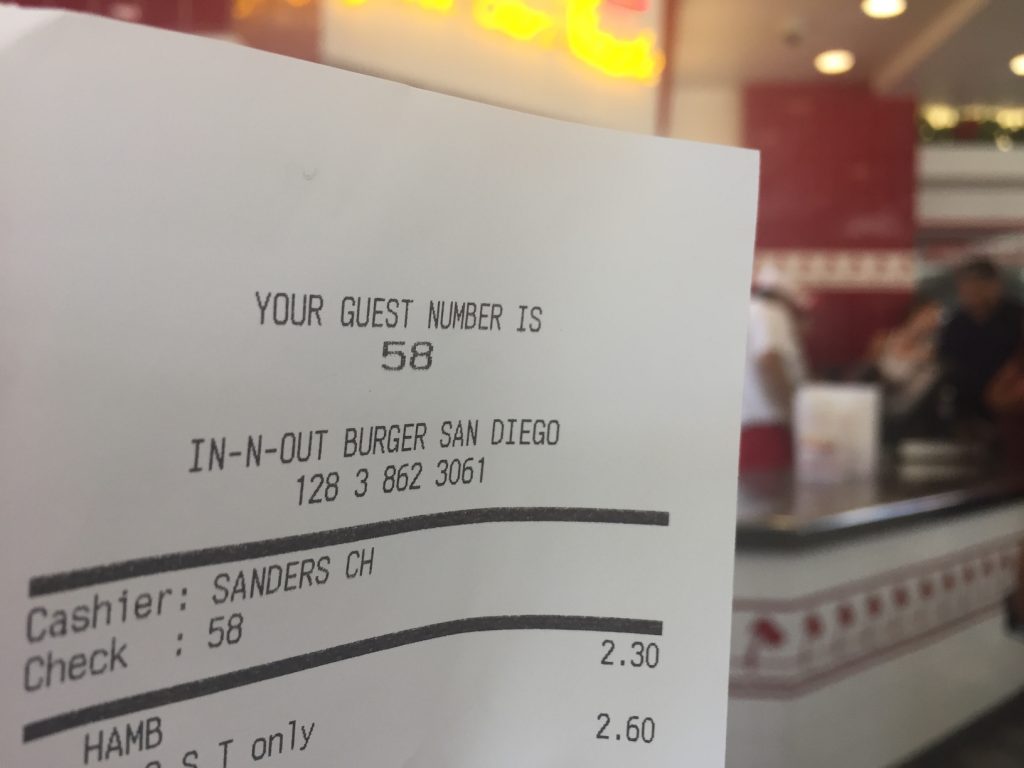 One last time eating at In-n-Out Burger before we leave California! 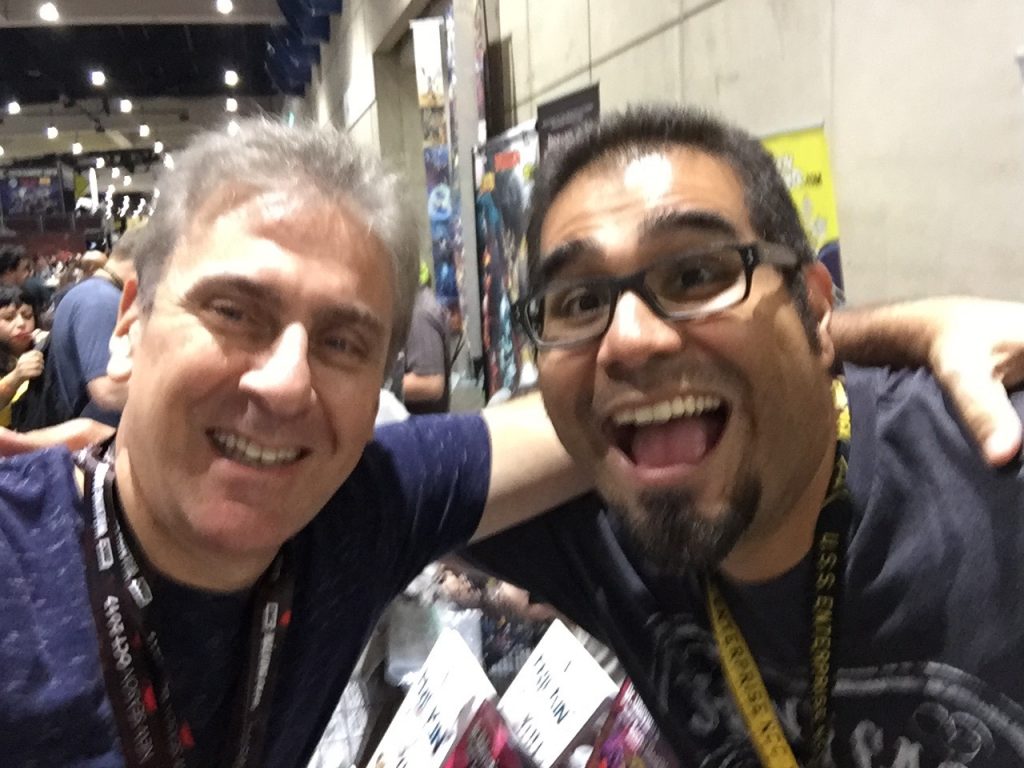 Our dear friend, artist Jeff Pina, who did the amazing Garth and Kharn characitures we released last year. 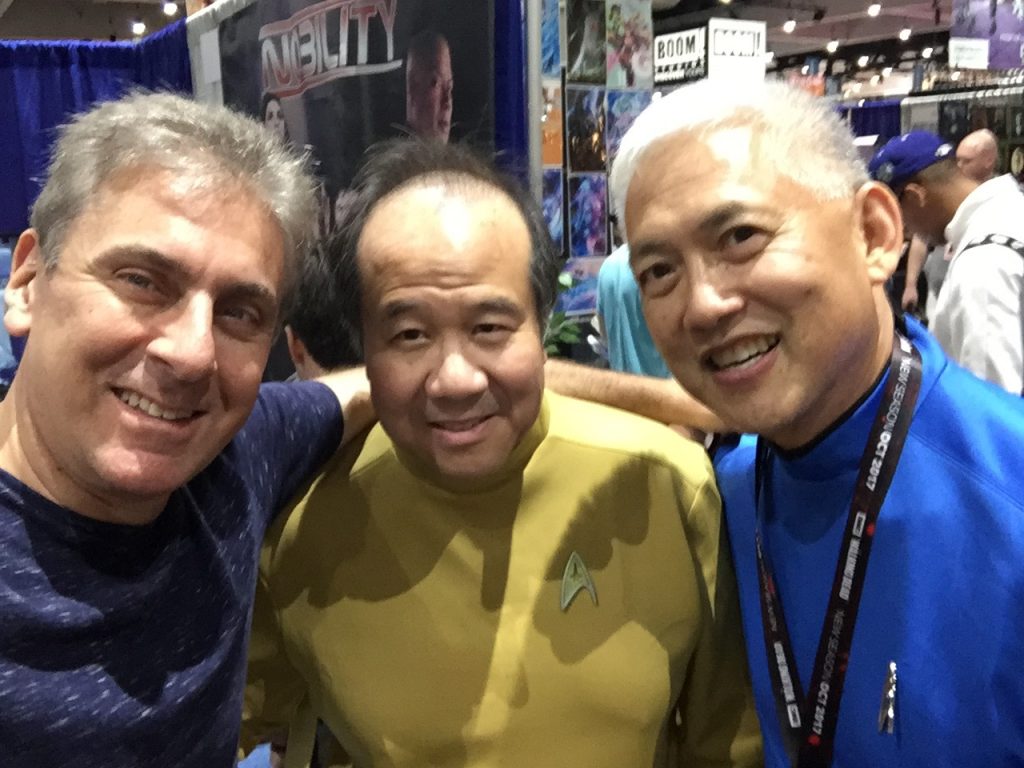 With David Cheng and Mark Lum, two amazing guys who are ALWAYS in costume at every con I go to. 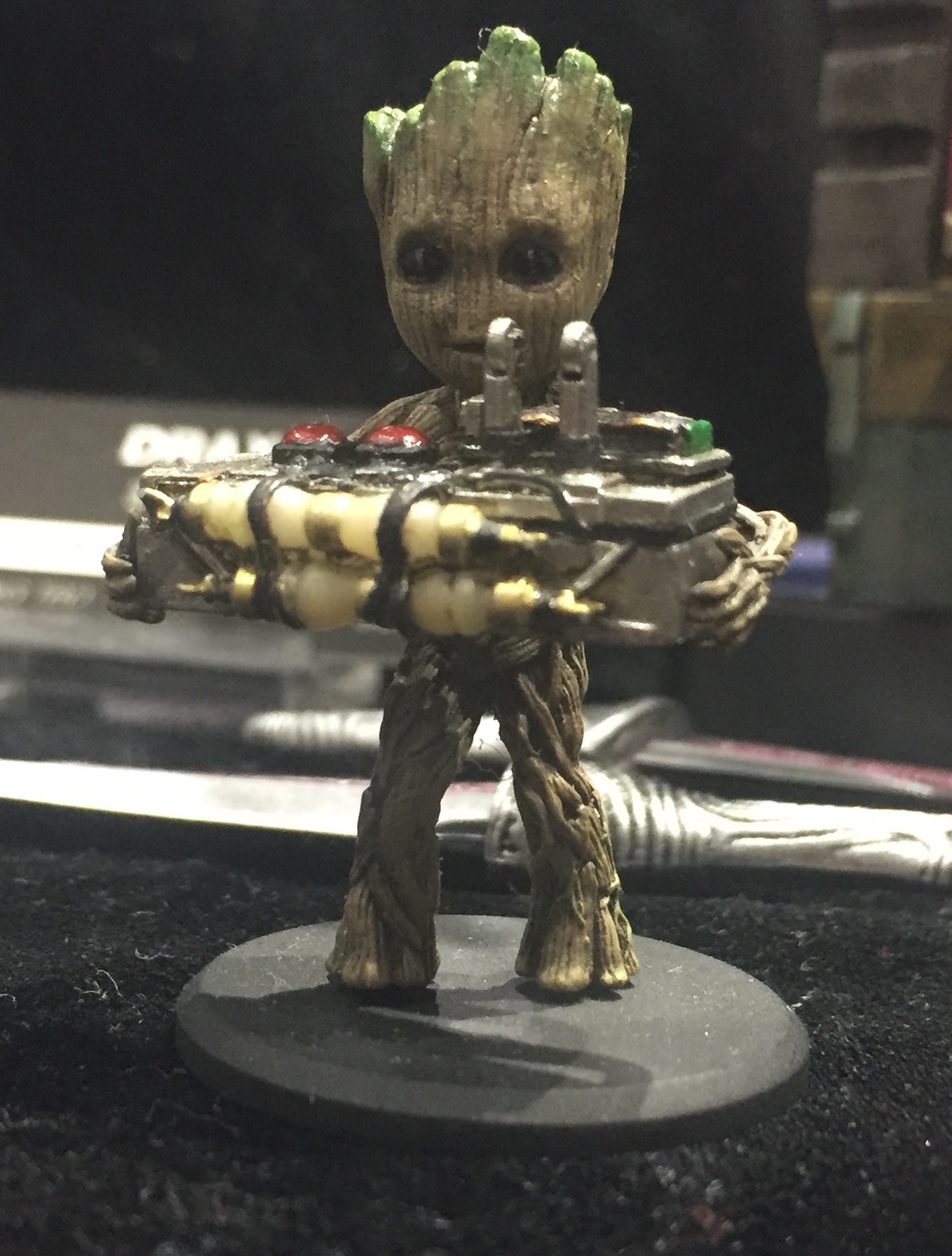 Who doesn’t love Baby Groot? This action figure its sized for Hot Toys, so about 2″ tall! And he has a bomb! 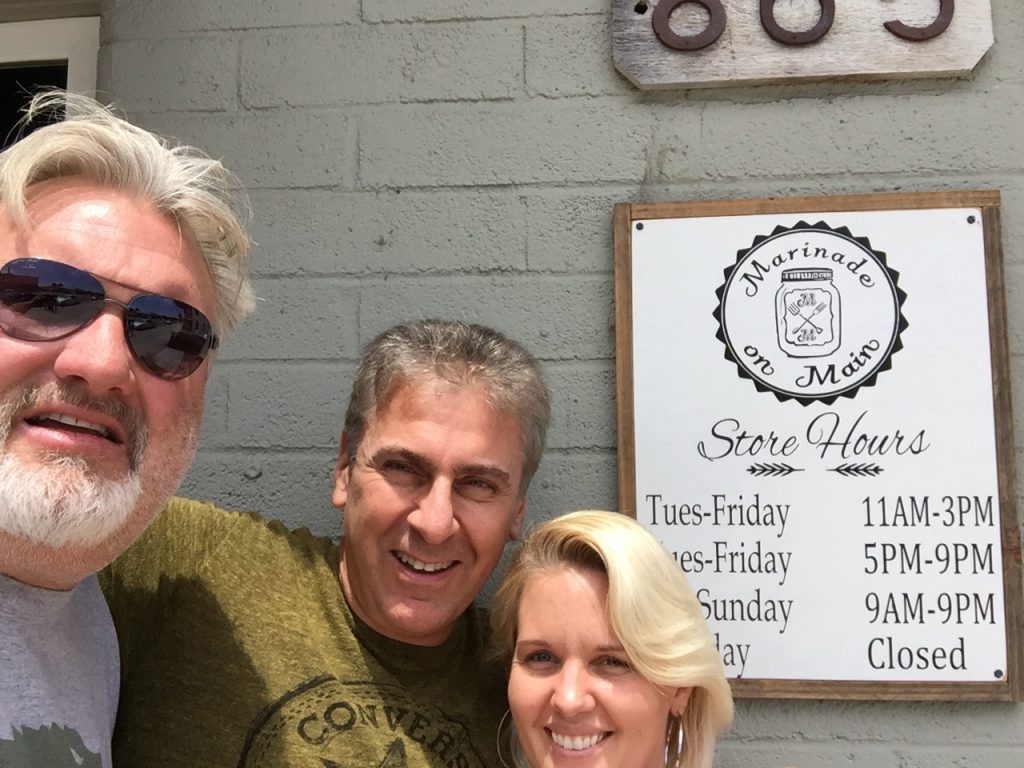 We ended our weekend by taking our host, Jeff Young, to Marinade on Main in Ramona, simply the best brunch ever.  Their French Toast is made with a crumb cake and their biscuits are home made!

Overall, a calmer, more laid back con, as there is just so much madness, and we find the more time we can spend with friends the better.

Tomorrow I will post all the photos I took at the Star Trek Discovery Prop & Costume exhibit at the Michael Wolf gallery.