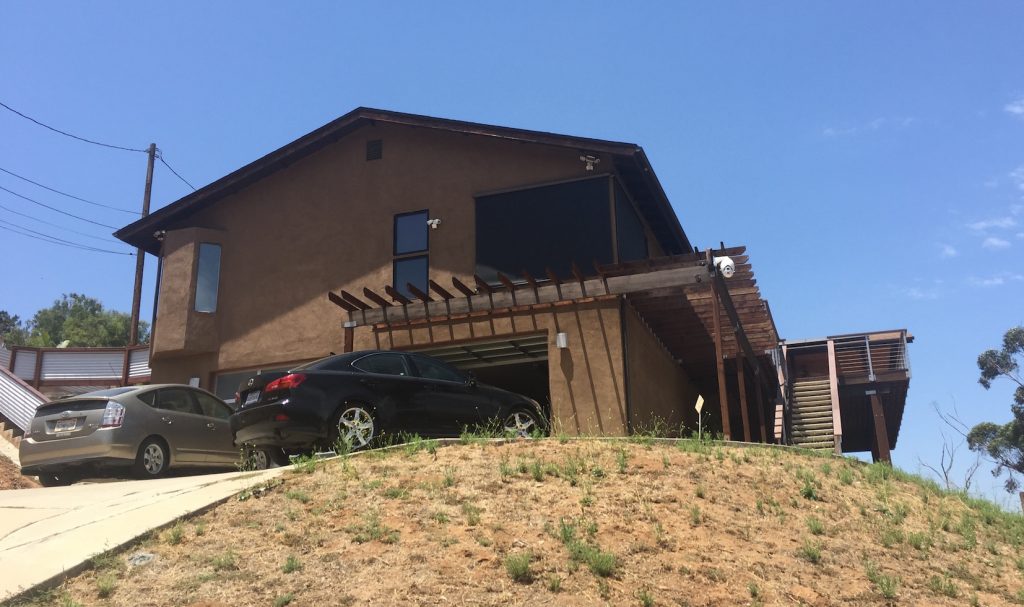 Jeff Young’s house overlooks Lakeside valley. It is a spectacular view at night! 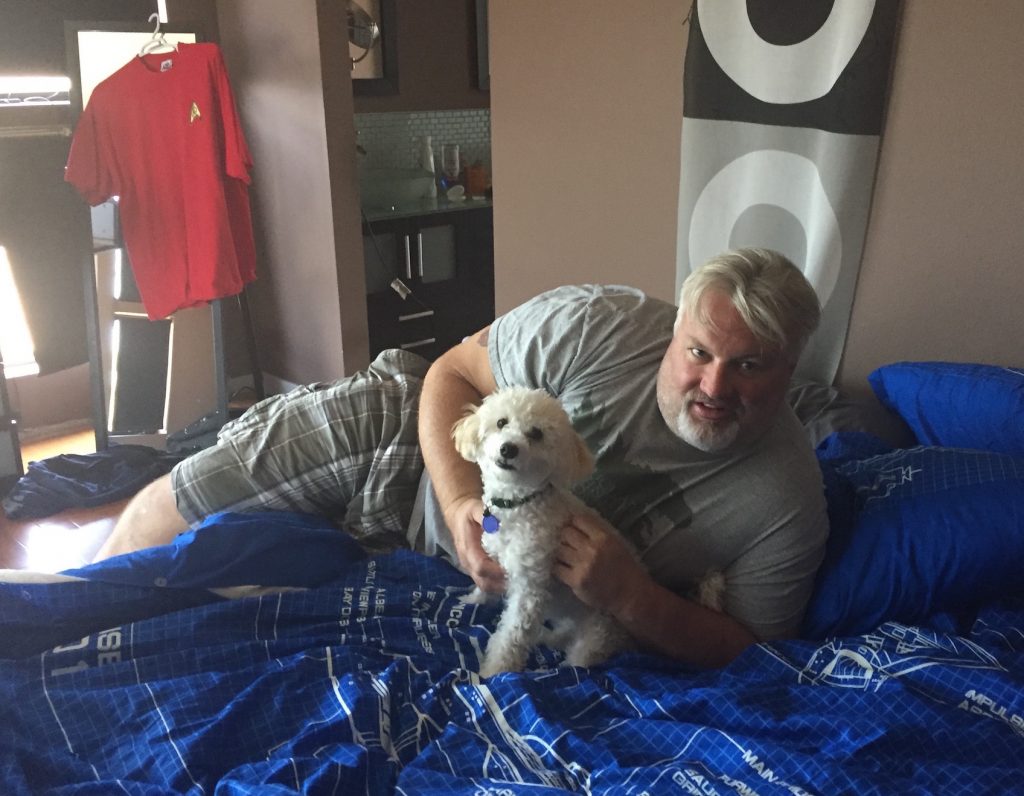 So Rob Burnett stayed with us at Jeff’s house last night and he was blown away by it.  So I thought we would share this amazing geek house with you all. Jeff is a great guy, and a huge nerd like us, and he did his entire house with geek props, costumes and set pieces!

But let’s start with his pool, shall we?  Because Jeff is a huge Lost fan.  So this is his back yard. 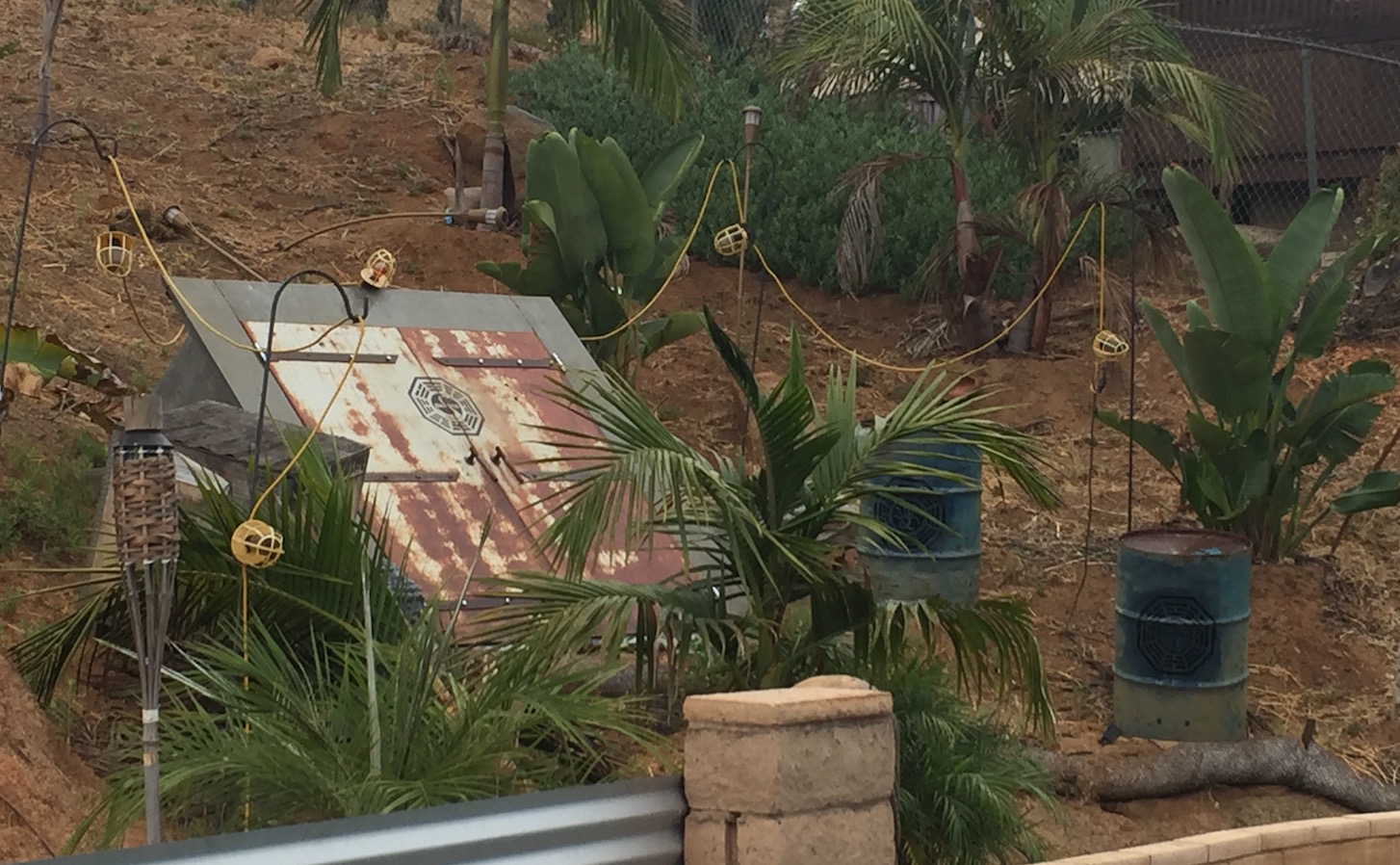 There is a hatch! 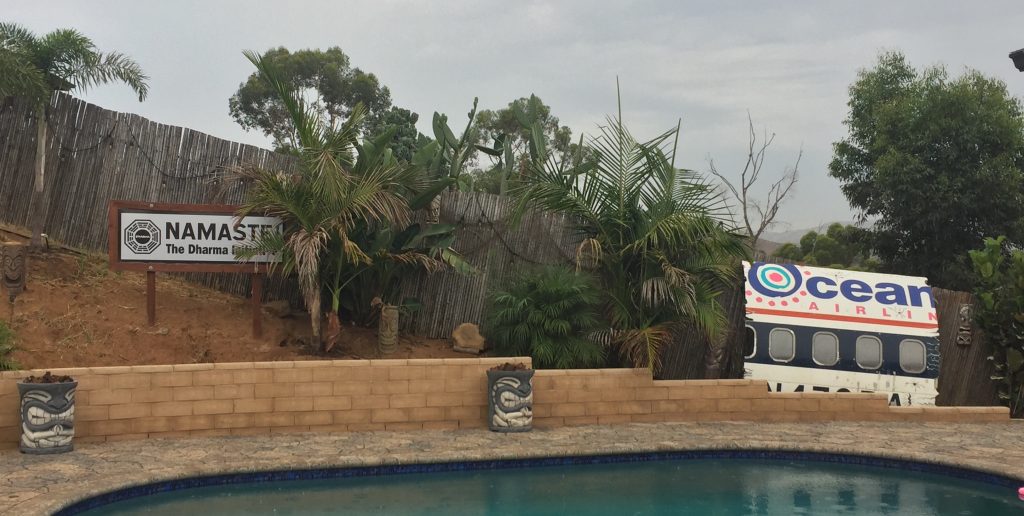 An actual piece of an airplane! 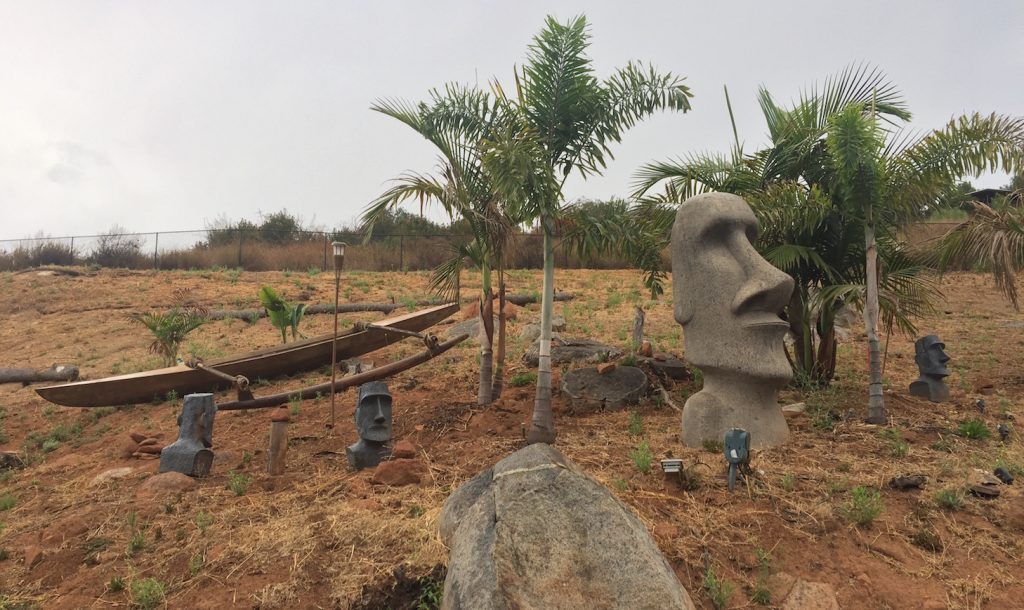 And now into the house! 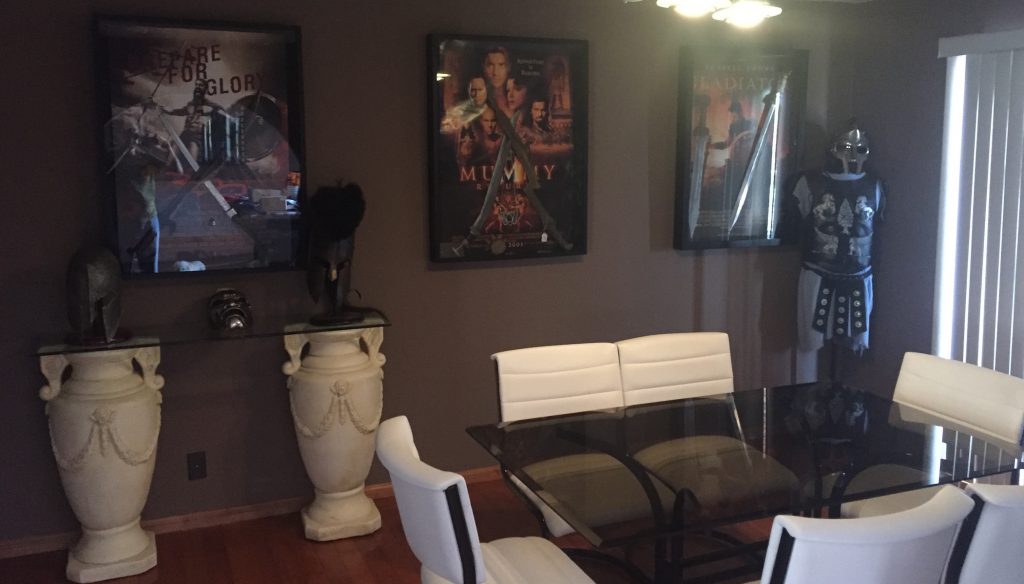 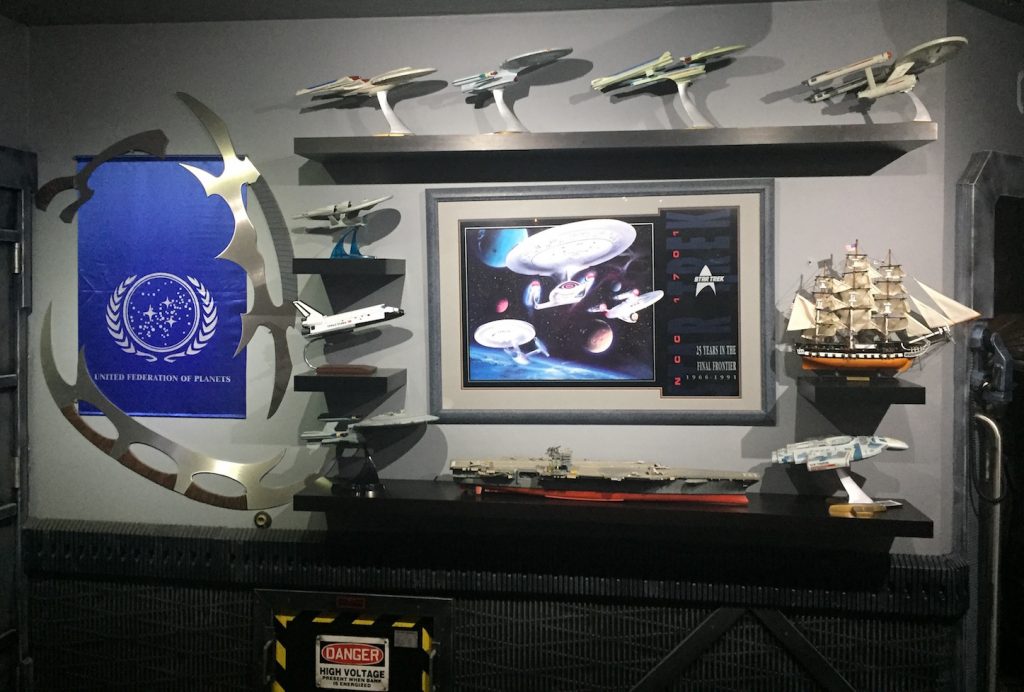 When you head downstairs to the basement, you see Jeff’s Star Trek wall! 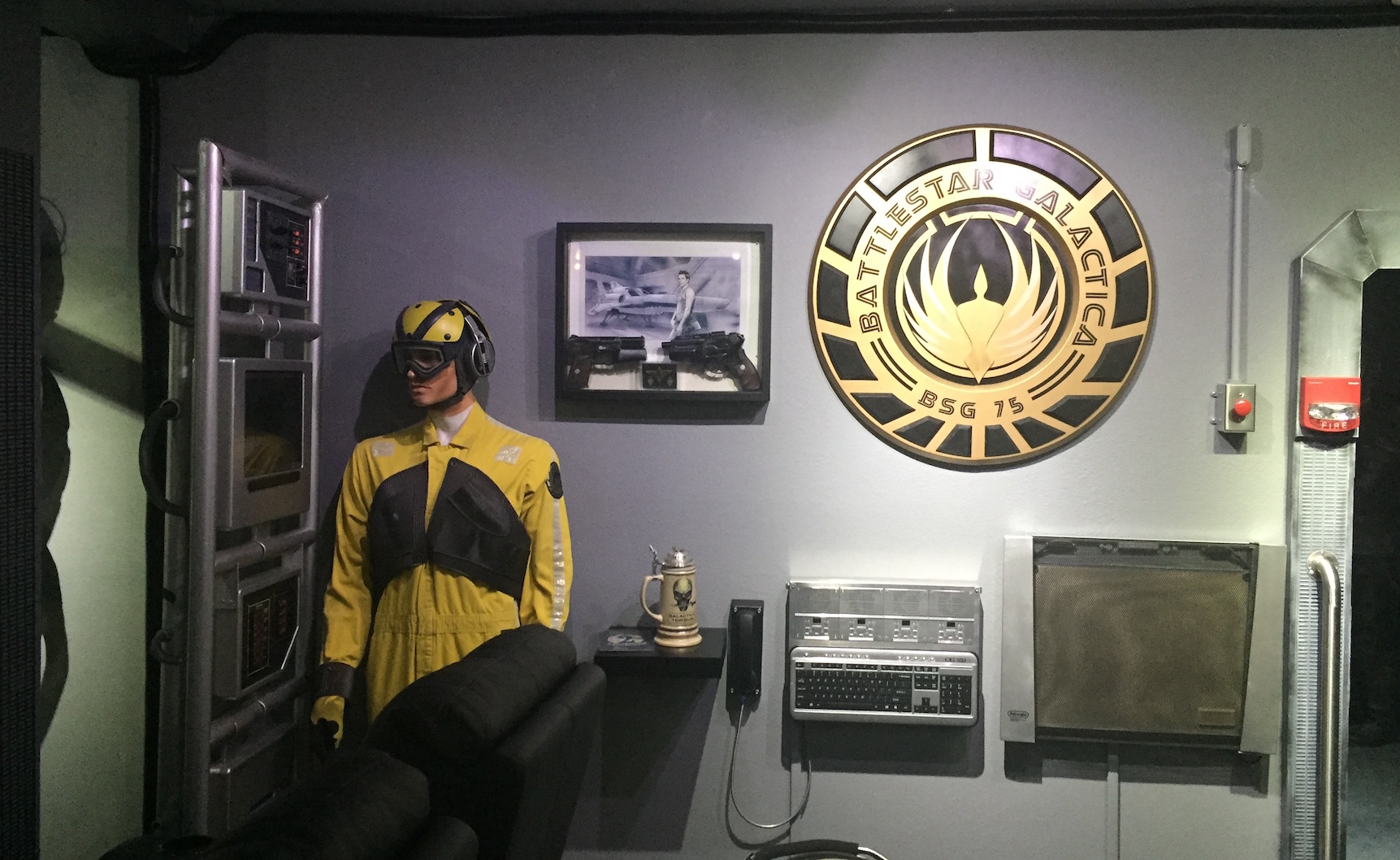 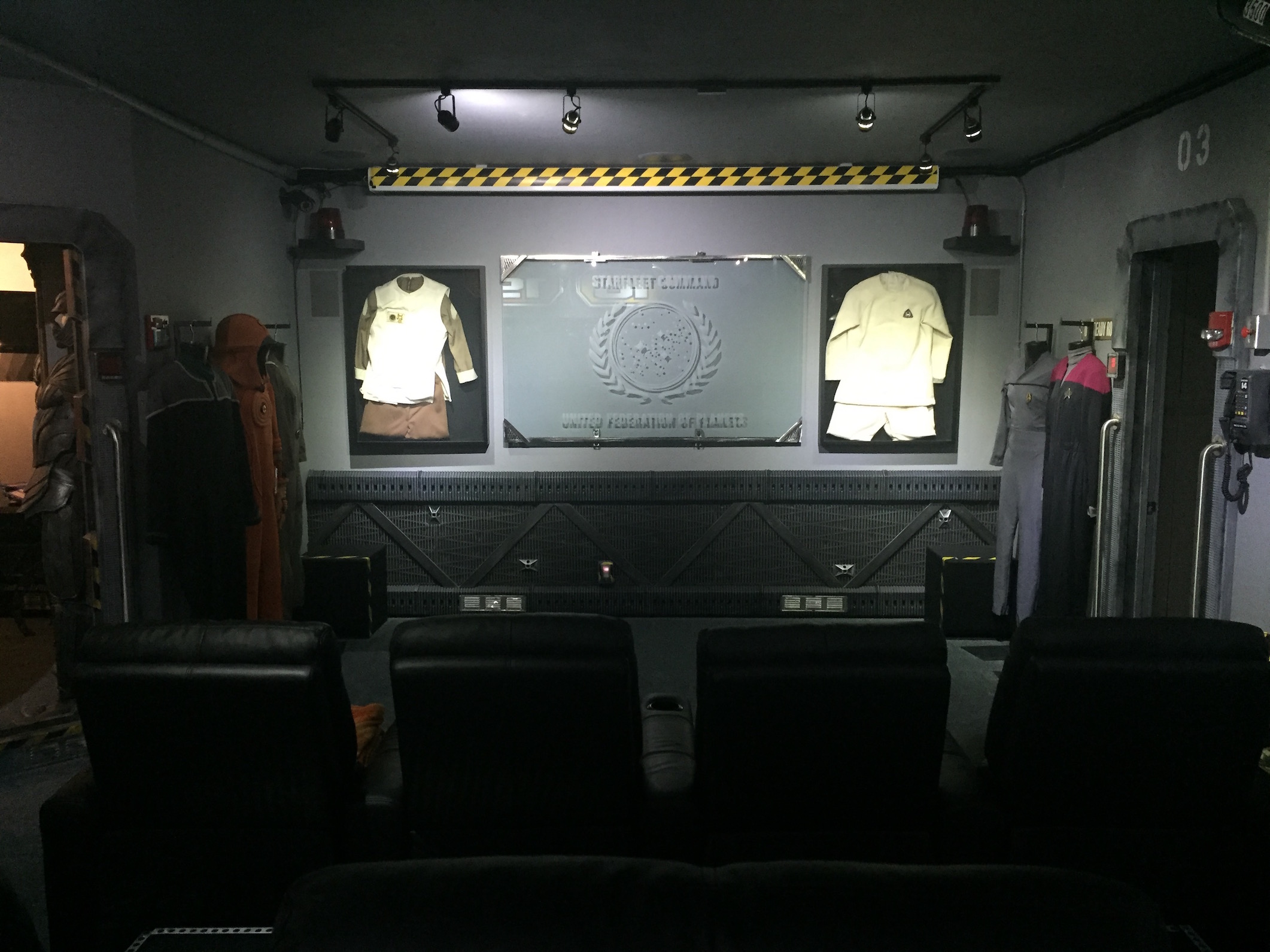 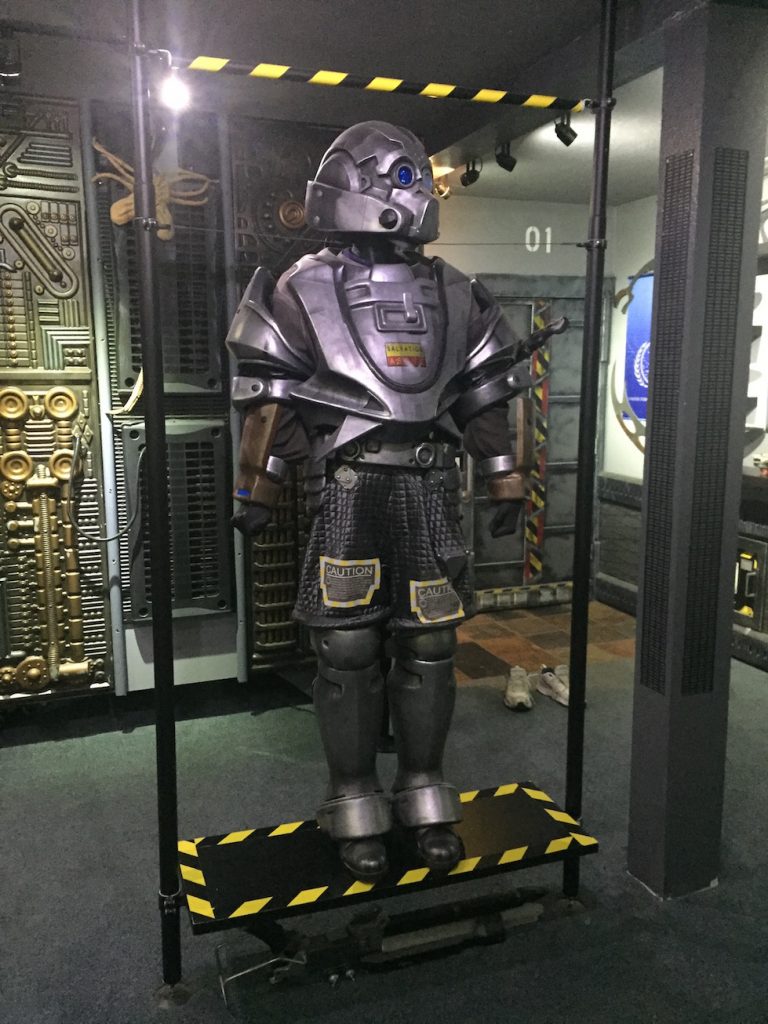 Cosplay from “Final Fantasy: The Spirits Within”. 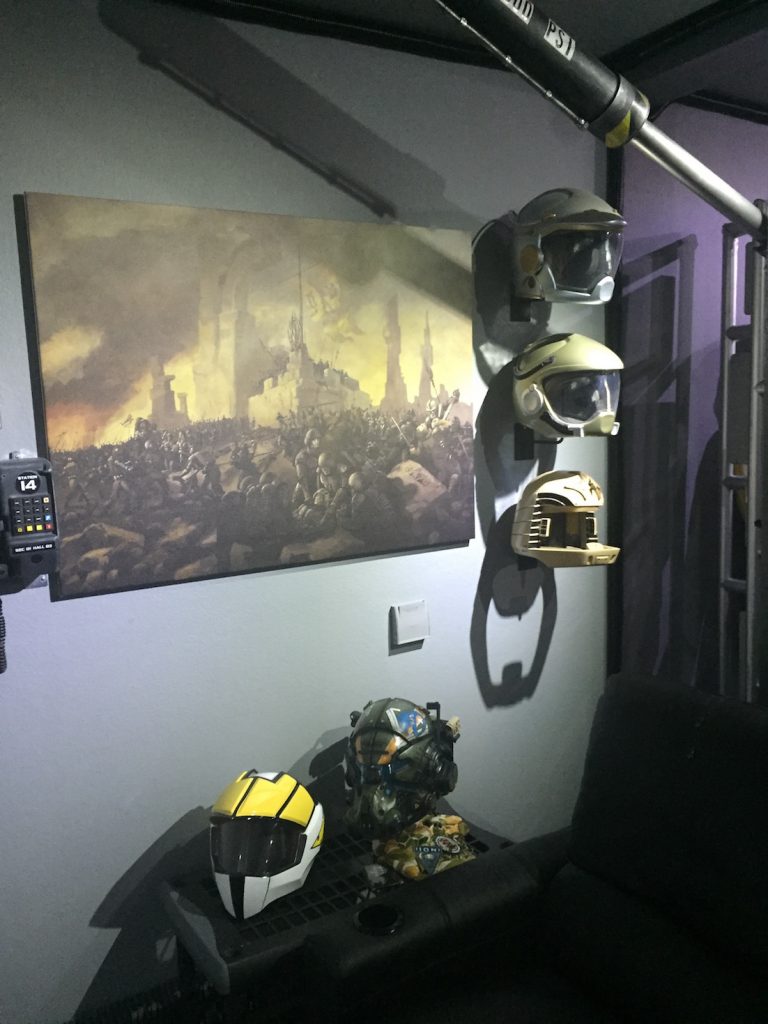 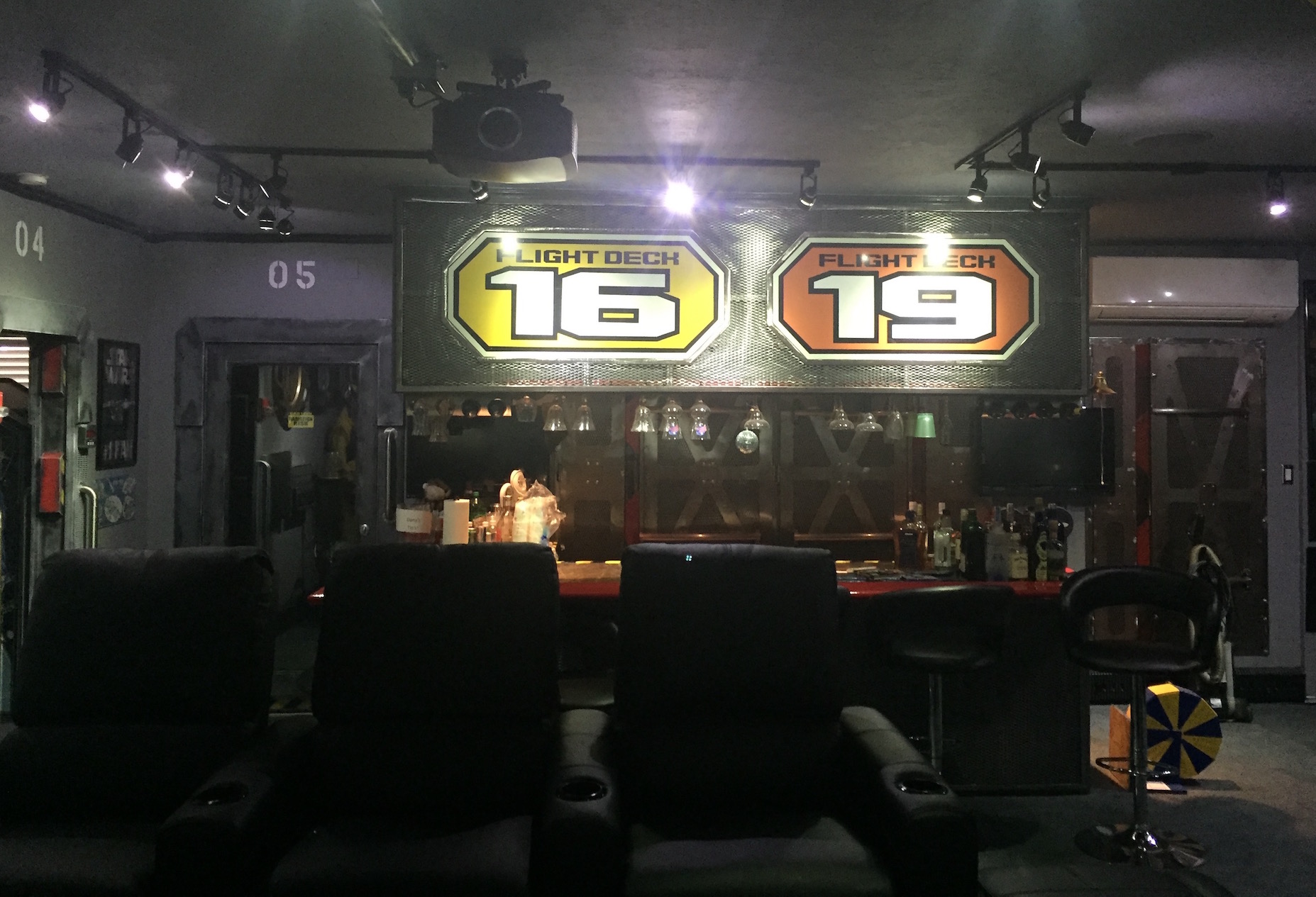 Reverse screen looking at Jeff’s bar. Those are screen used signs from Space Above and Beyond! 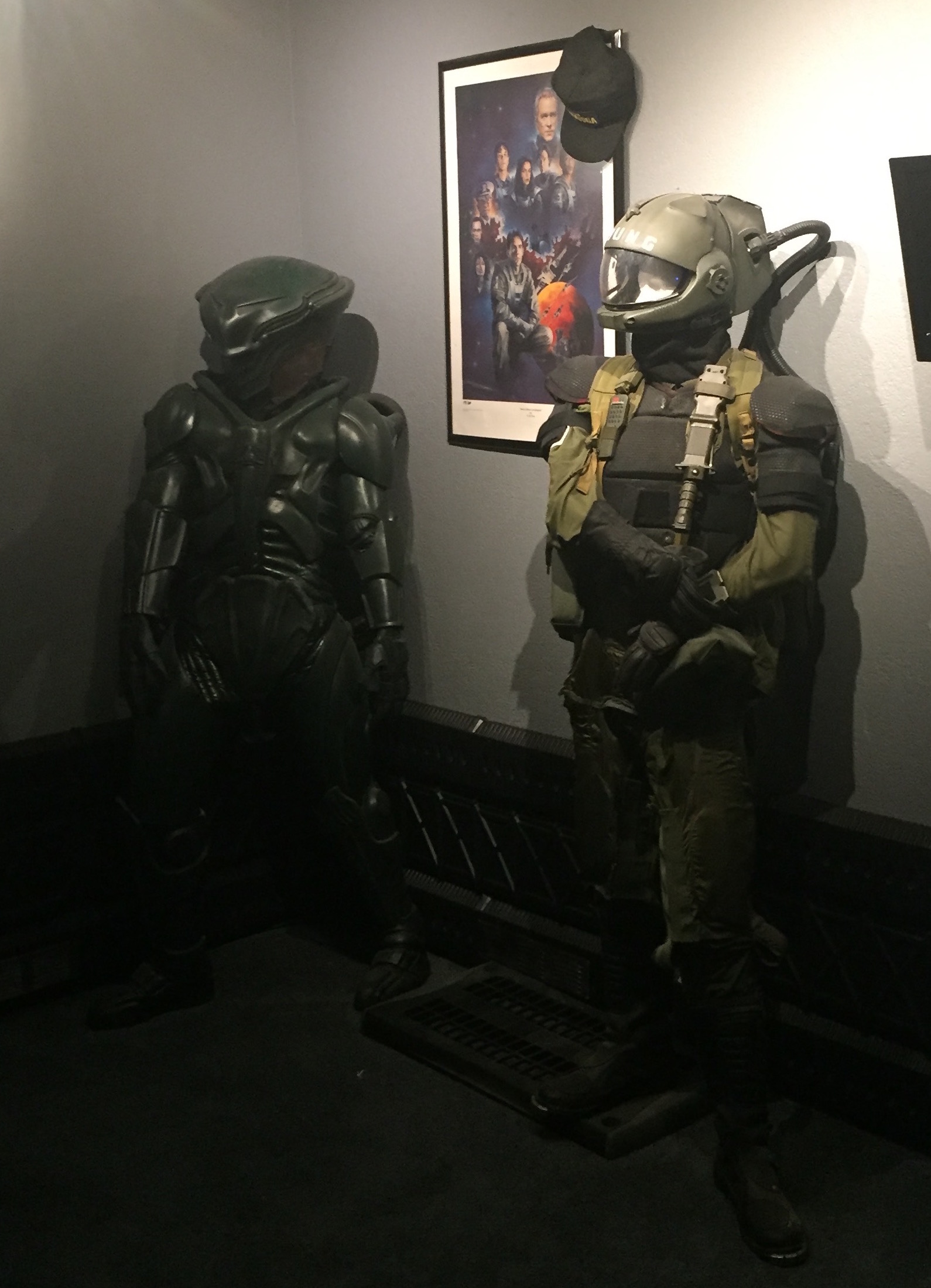 Space Above and Beyond! 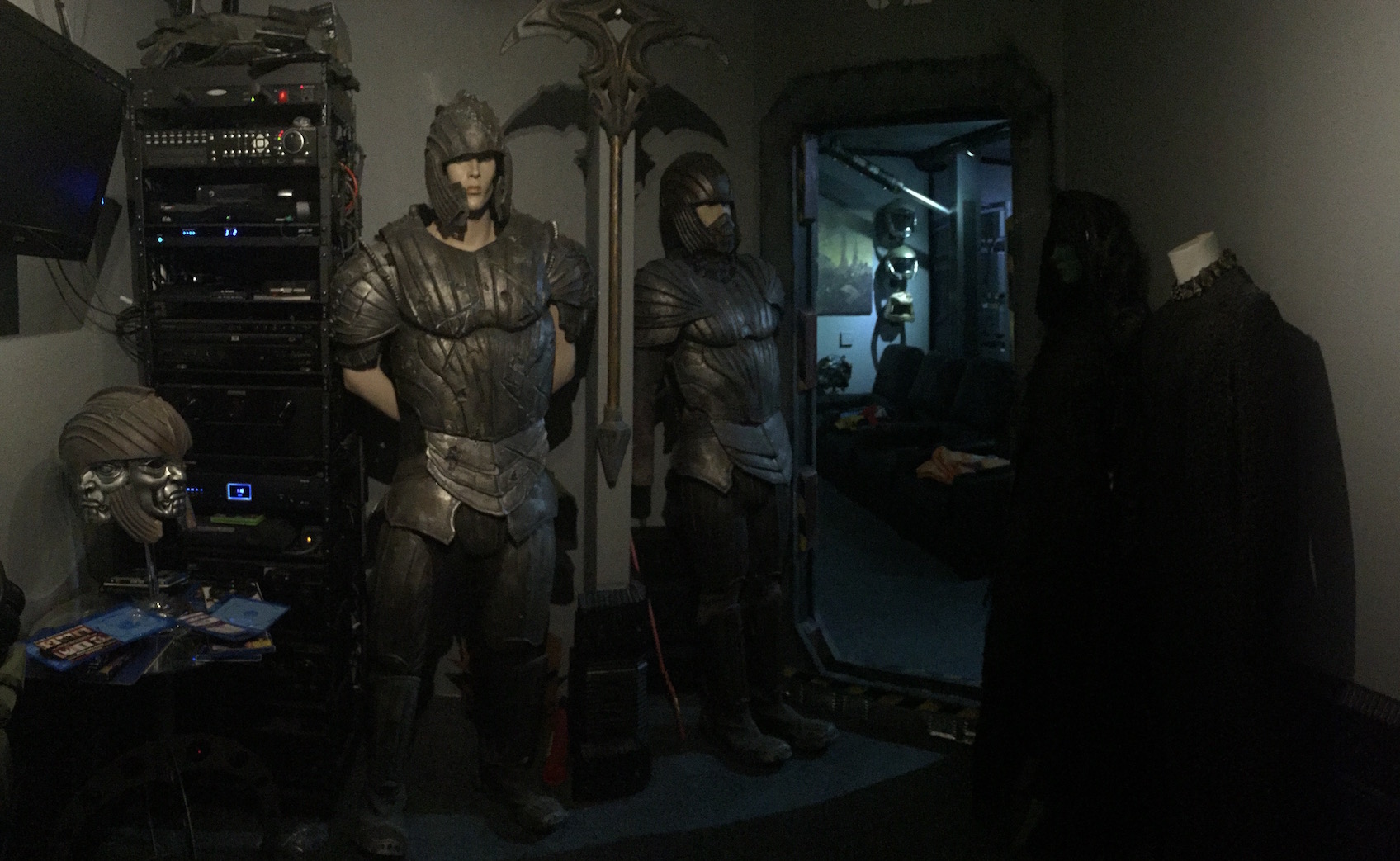 Chronicles of Riddick (One of my all time favorite movies!) 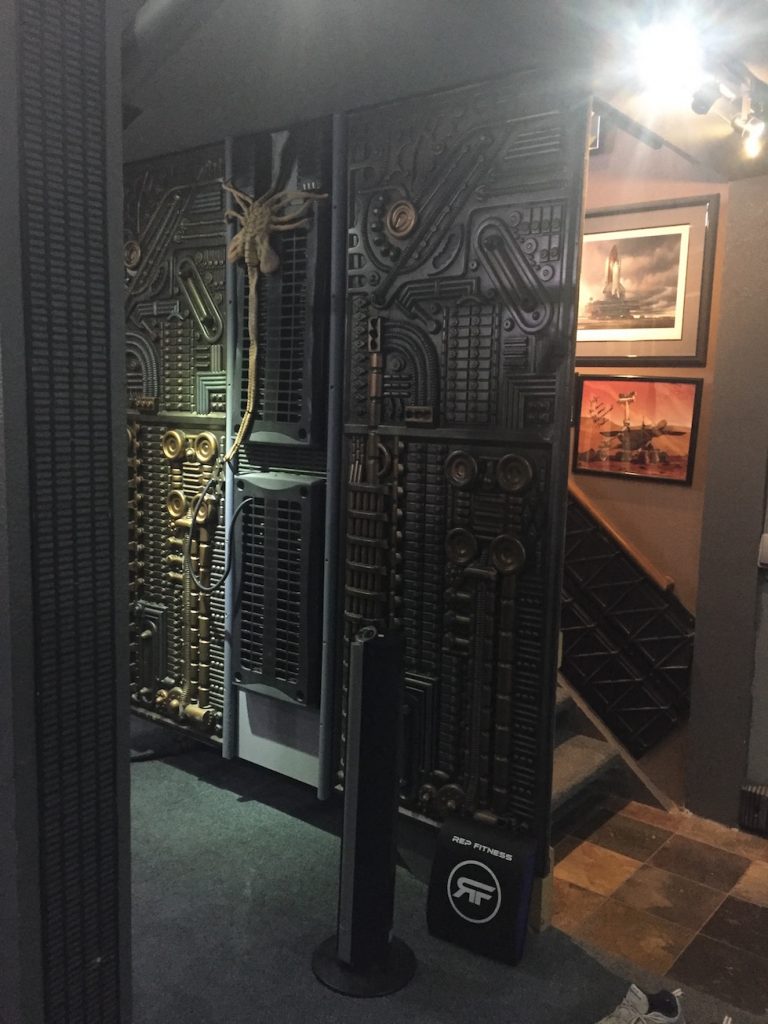 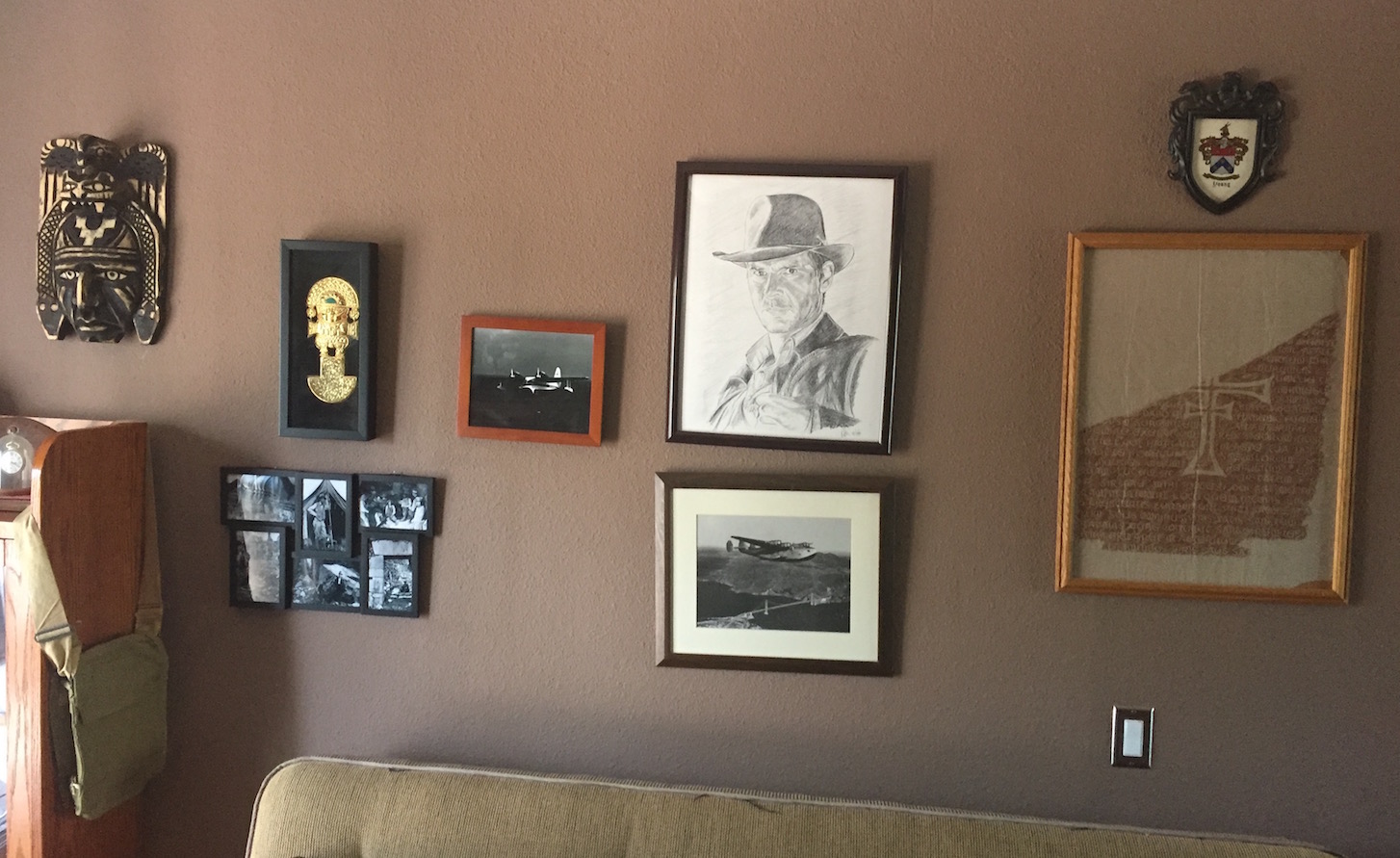 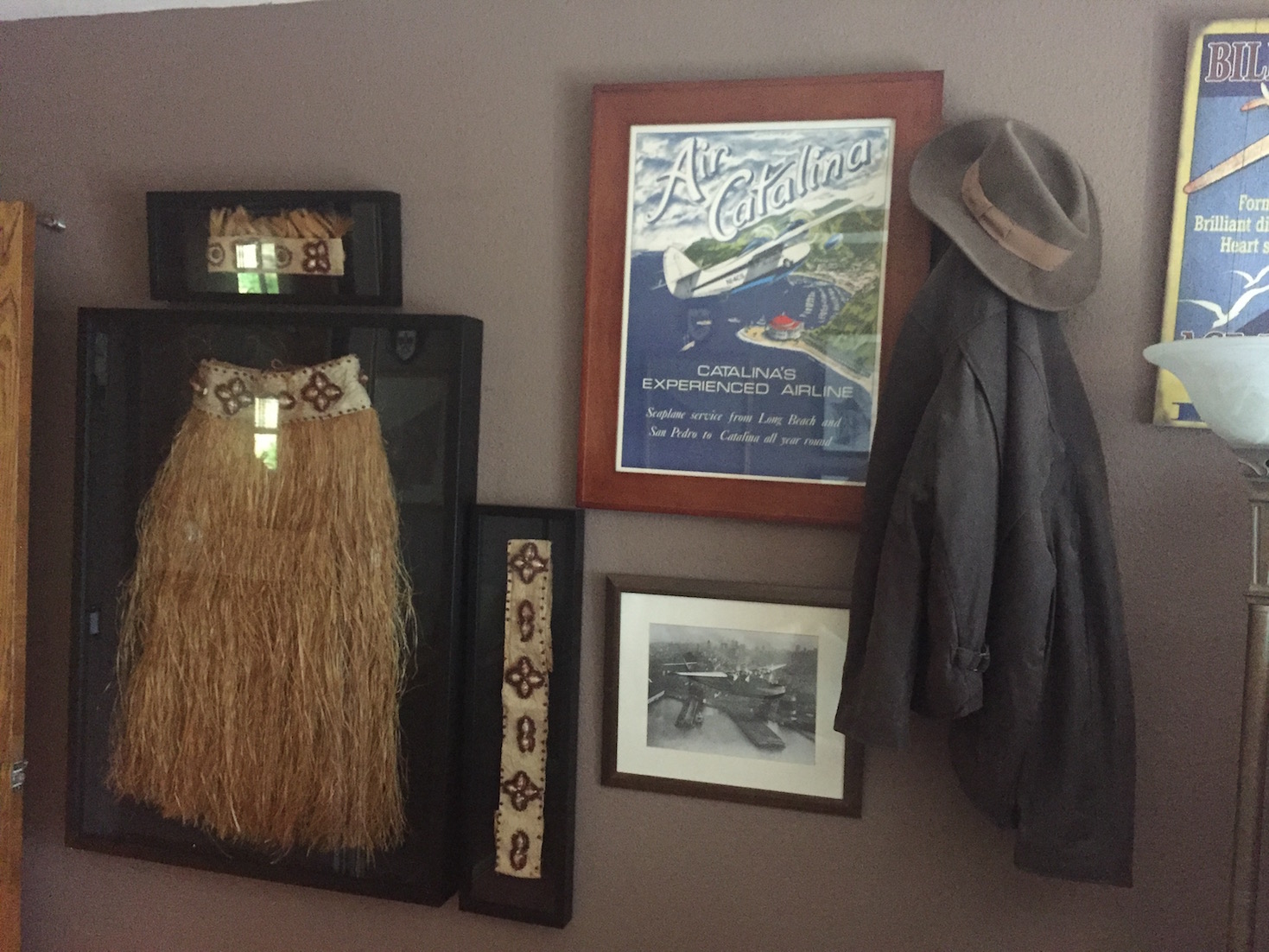 The Indiana Jones Room – the other side 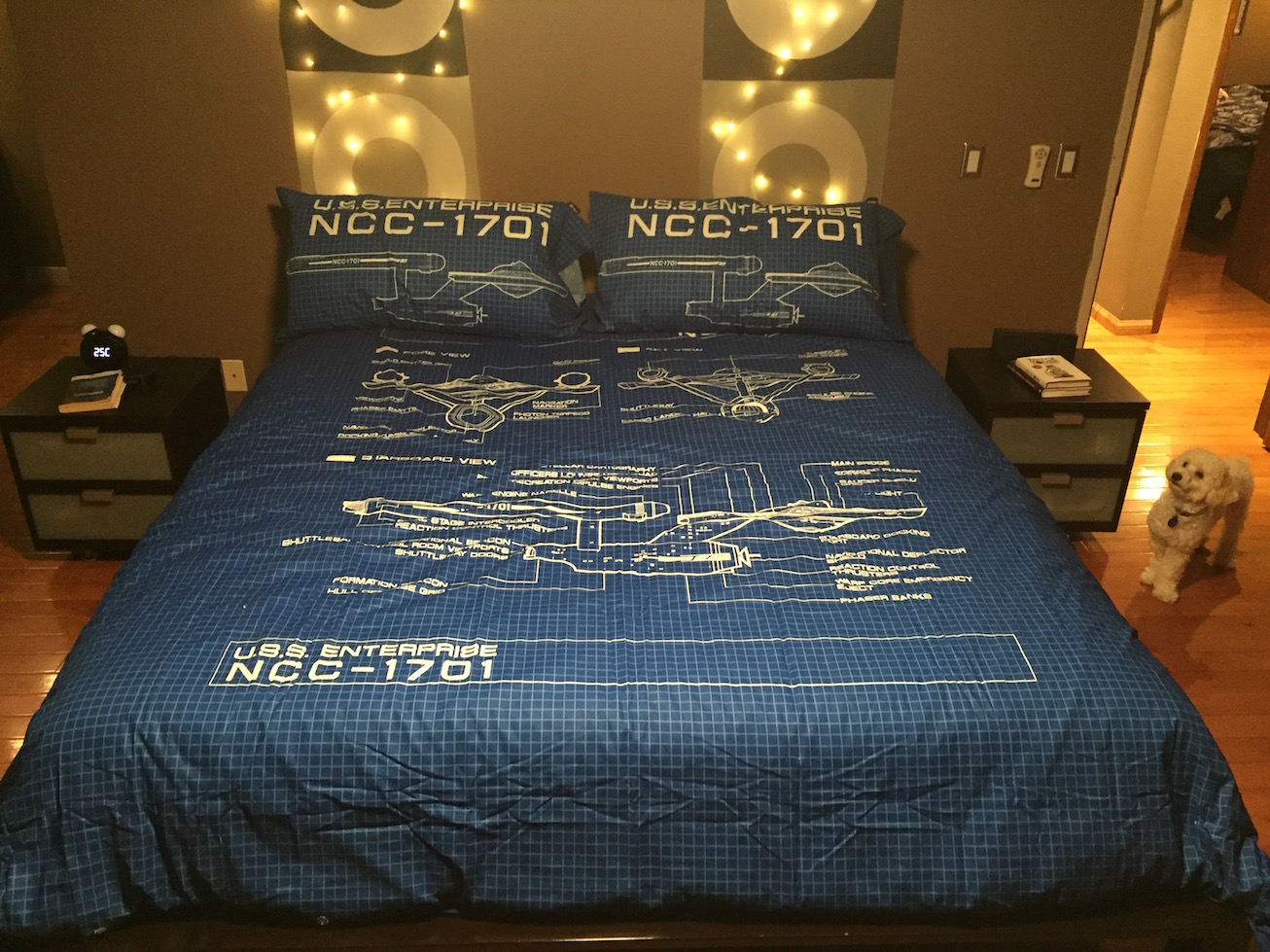 Yes! This is Jeff’s bed!

So thanks to Jeff for his amazing hospitality!