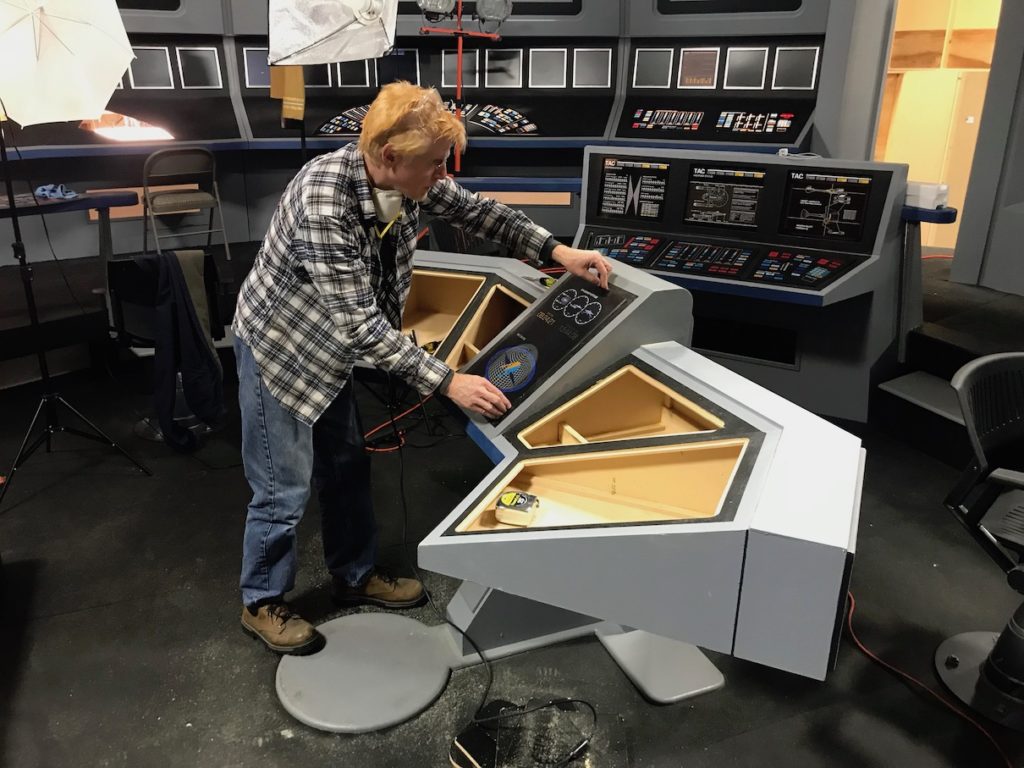 Yesterday was another day working on the bridge.  And a lot was accomplished.  Dana finished routing the pilot console, which was a lot of hard work.  But Dana has the process down and so the hardest console was actually the one that took the least time.  He totally finished two of the 5 cutouts and was able to place the plexis in the console.  The other three slots need the corners cleaned out so the plexis fit perfectly.  We also discussed a computer monitor for the astrogator. 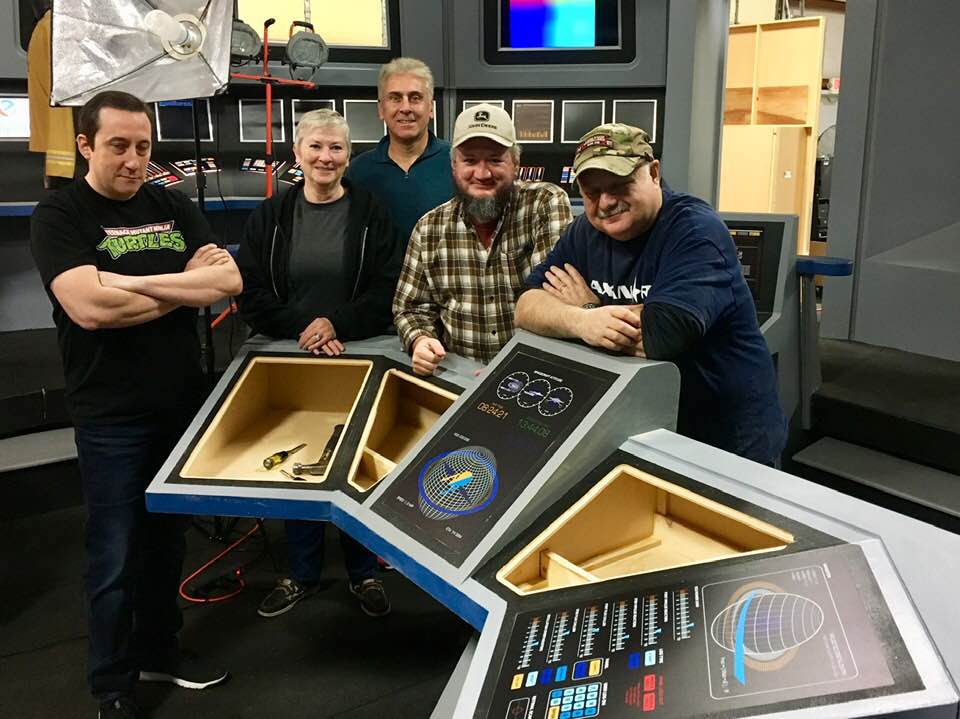 Meanwhile James Simpson finished converting all eye level monitors to Rasberry Pis and so the bridge now runs without computers and with house power.  Meaning we don’t need a generator.

We are really making progress and the finish line is near!