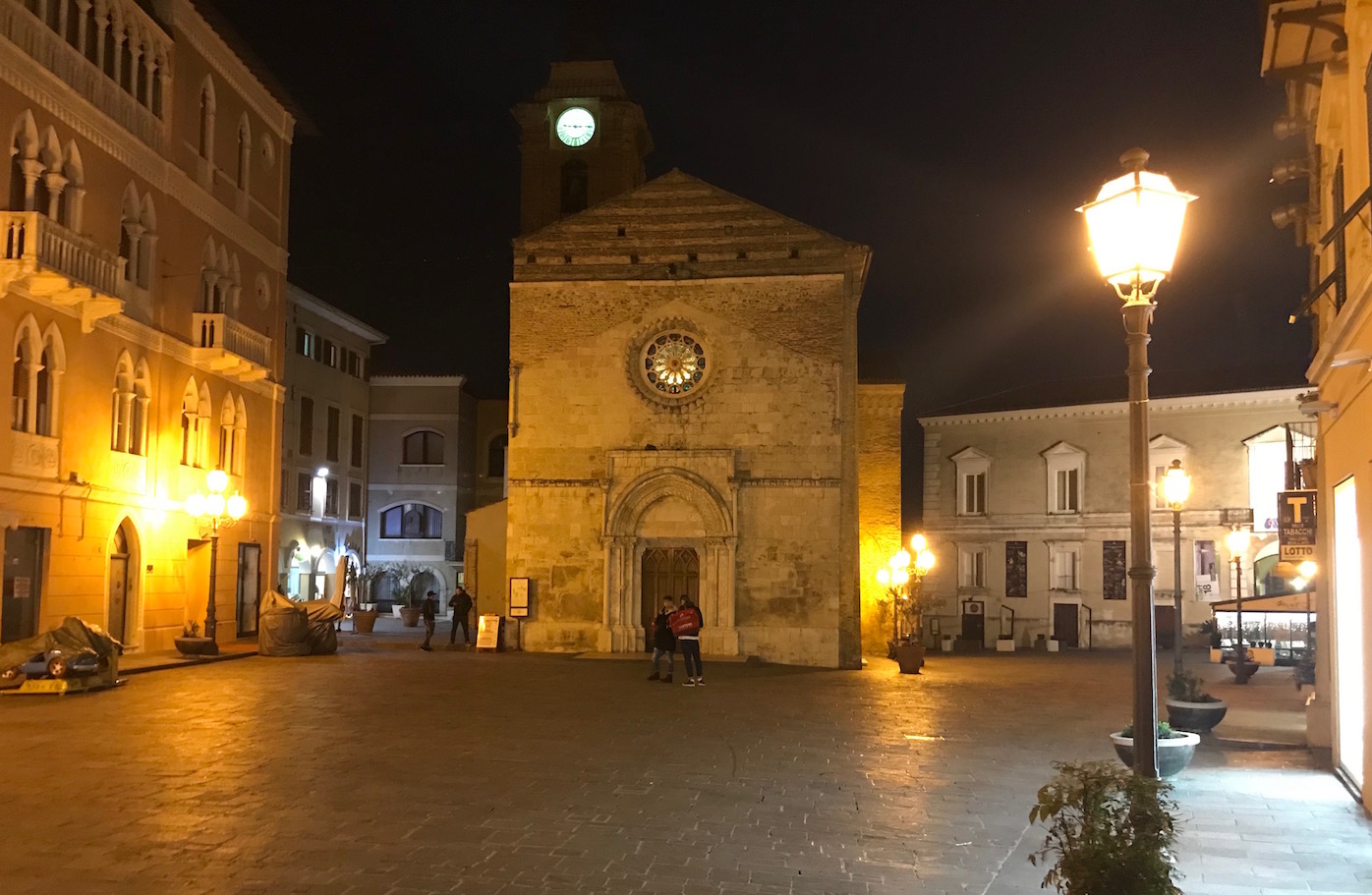 When I landed at London Heathrow Airport on Wednesday, February 7th, I had about 4 hours to get to Stansted airport, on the other side of London.  That wouldn’t have been a problem, there is a bus that takes about 90 minutes that shuttles you between airports.  The problem was my luggage hadn’t made the flight and wouldn’t be in till the next flight, 90 minutes later!  Fortunately, being a Million Miler on Delta, they graciously ordered me a nice Mercedes Benz taxi to take me between the airports and I made the connection no problem.

I was off to Italy where Claude Francis Dozière, our Cage Era costume designer and Angela Avino, his amazing tailor, live.  So I flew into Pescara airport, which was about 45 minutes away from where Claude lived.  So he picked me up and we drove back to Vasto, where Claude had made a reservation for me at a nice hotel.

After cleaning up from my day in the air and on the road, we went out for pizza.  And yes, Pizza in Italy is awesome.  So fresh and tasty! 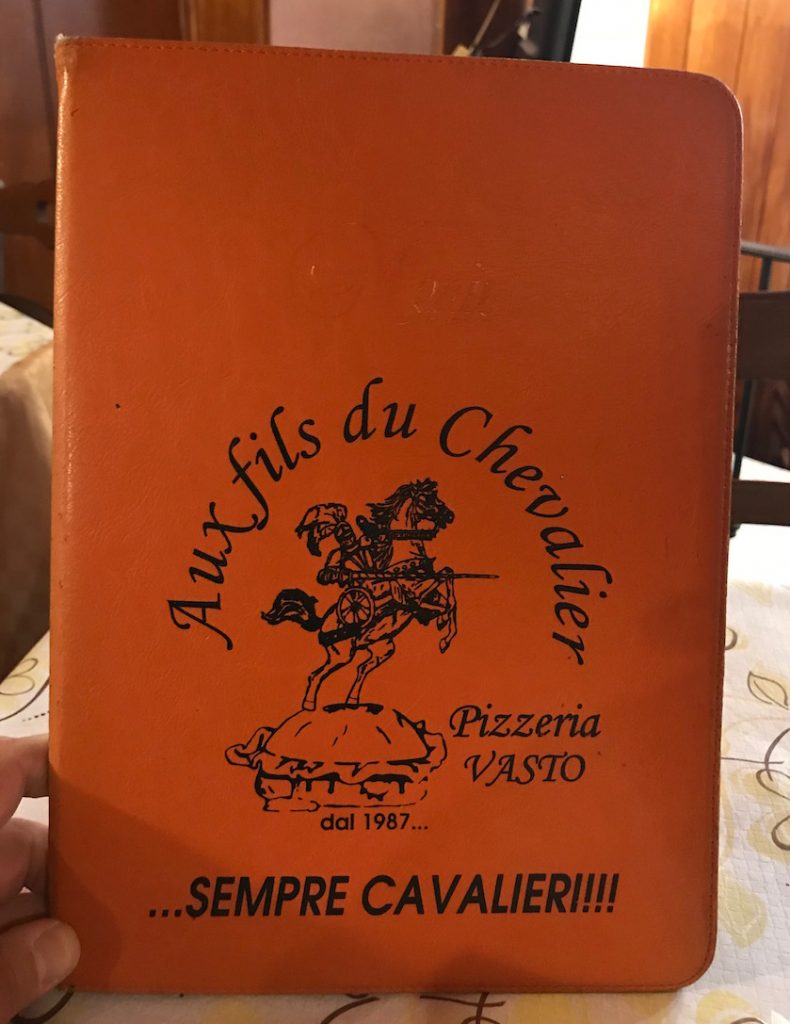 The restaurant that Claude picked for Pizza. 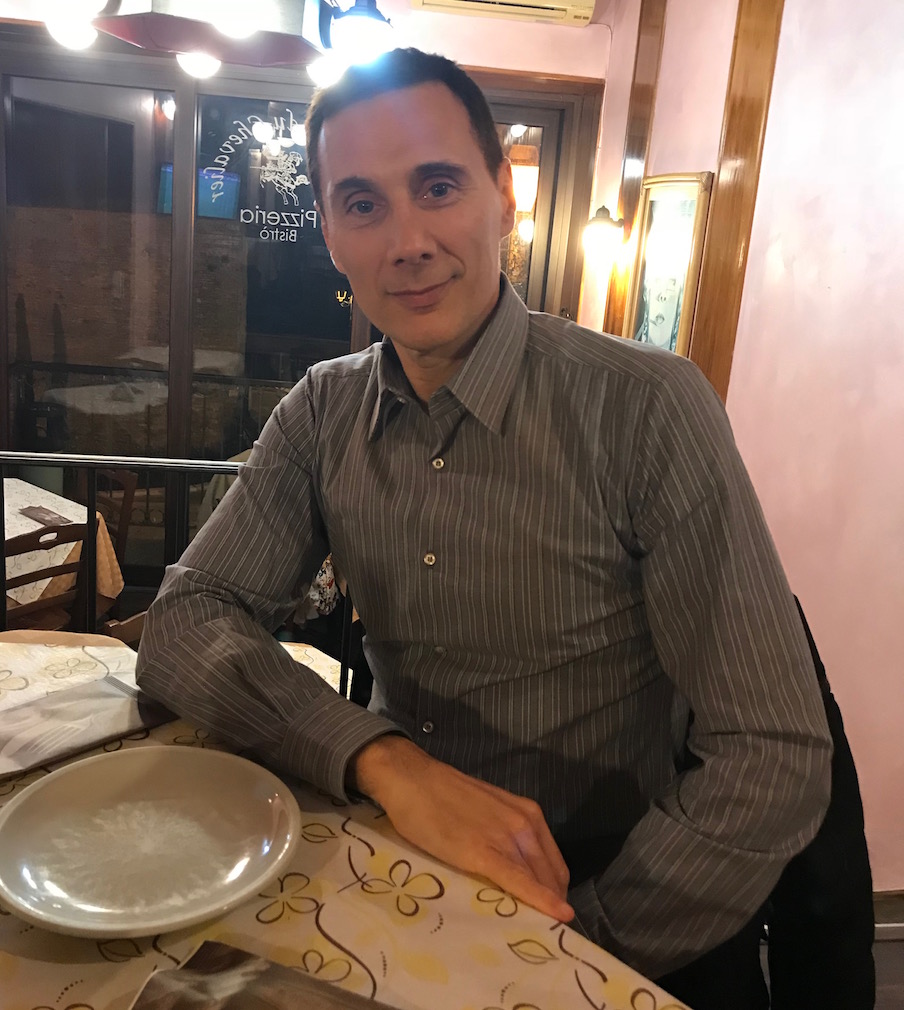 Claude was as thrilled that I was in Italy as I was excited to be there and meet him and Angela.  He is a real Axanar geek and he so wants to be a positive influence on the production.  Donating the costumes is his way of finding a way to help.  We had a great time, ate amazing pizza and good Italian beer. Then Claude dropped me off at my hotel so I could finally get a decent nights sleep after more than a day of travel.

The next morning started with coffee and a croissant at a local coffee shop that was owned by a famous motorcycle racer.  Then, a nice walk around town, which is old and beautiful, with an adorable downtown square. 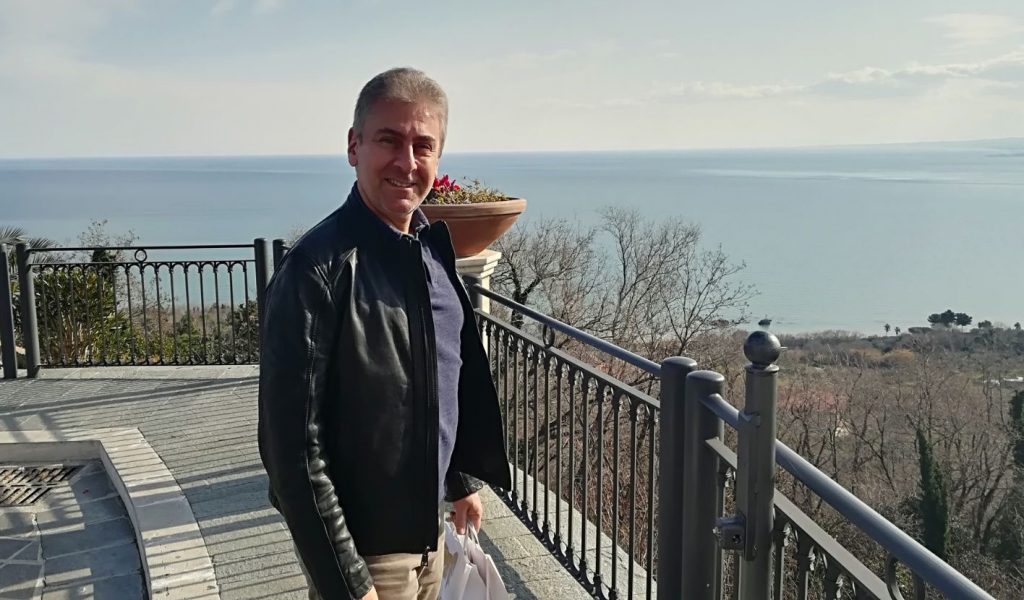 A great view of the Adriatic from the top of Vasto.

And then Angela joined Claude and myself for lunch! 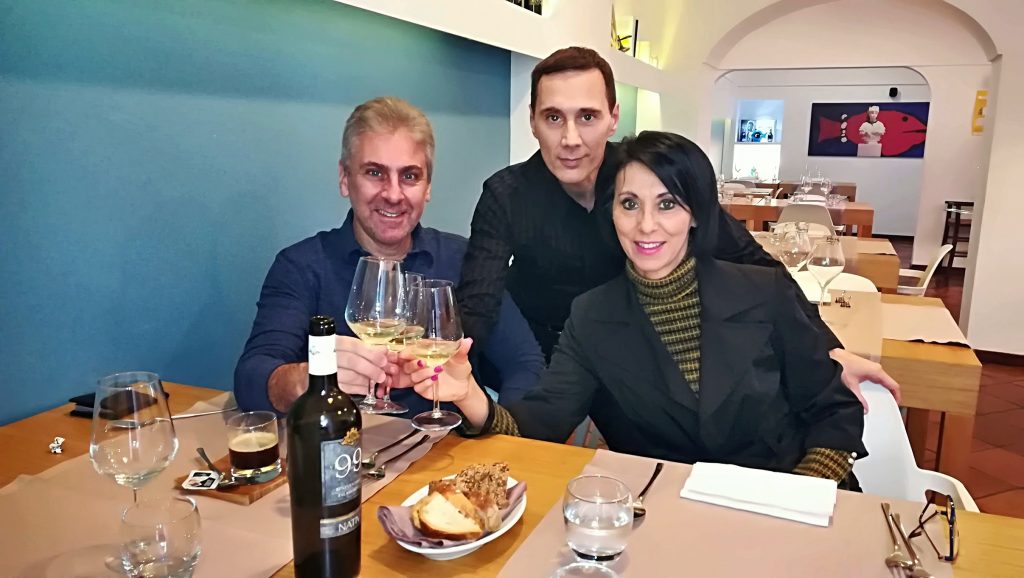 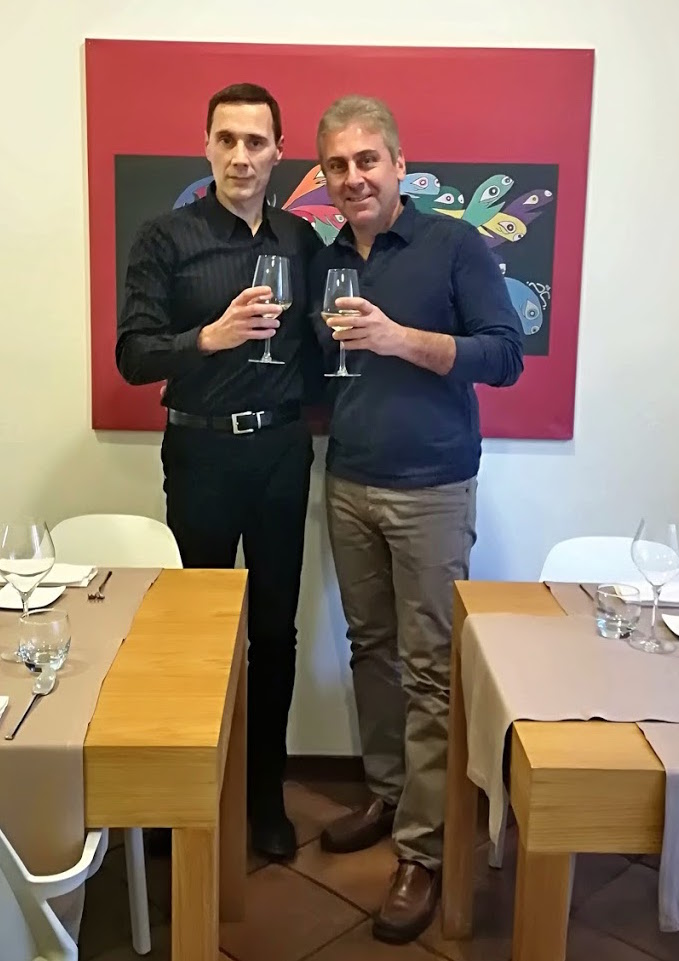 Claude and myself at lunch!

We then went back to the hotel to get some work done!  Claude and Angela brought their costumes and we inspected them, talked about fabric and sizing and went from there! 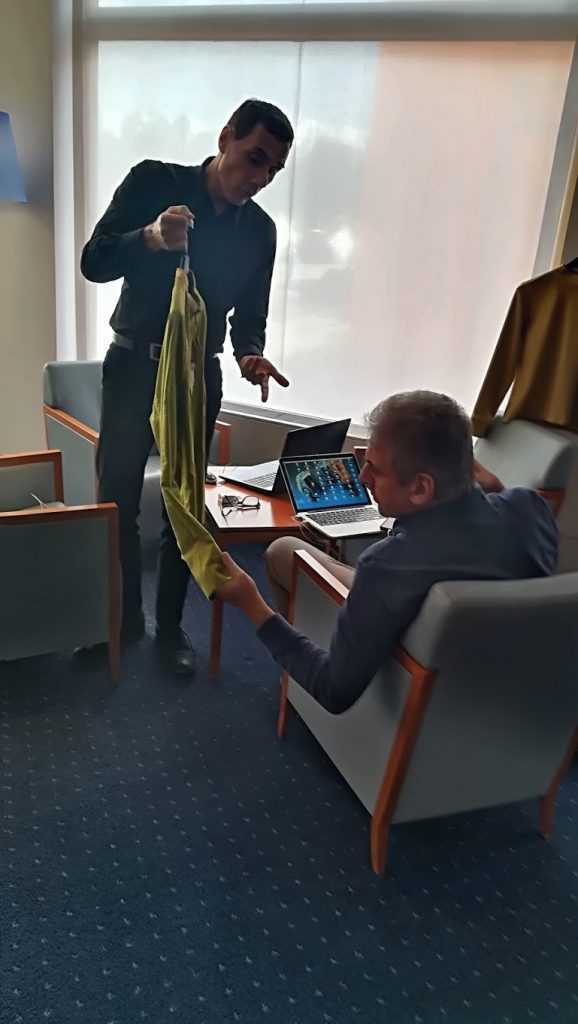 Claude shows me his and Angela’s handy work.

After that it was some time to get work done, and then Claude came back a few hours later so we could go to dinner.  A cute restaurant where we off course had to finish with Tiramisu! 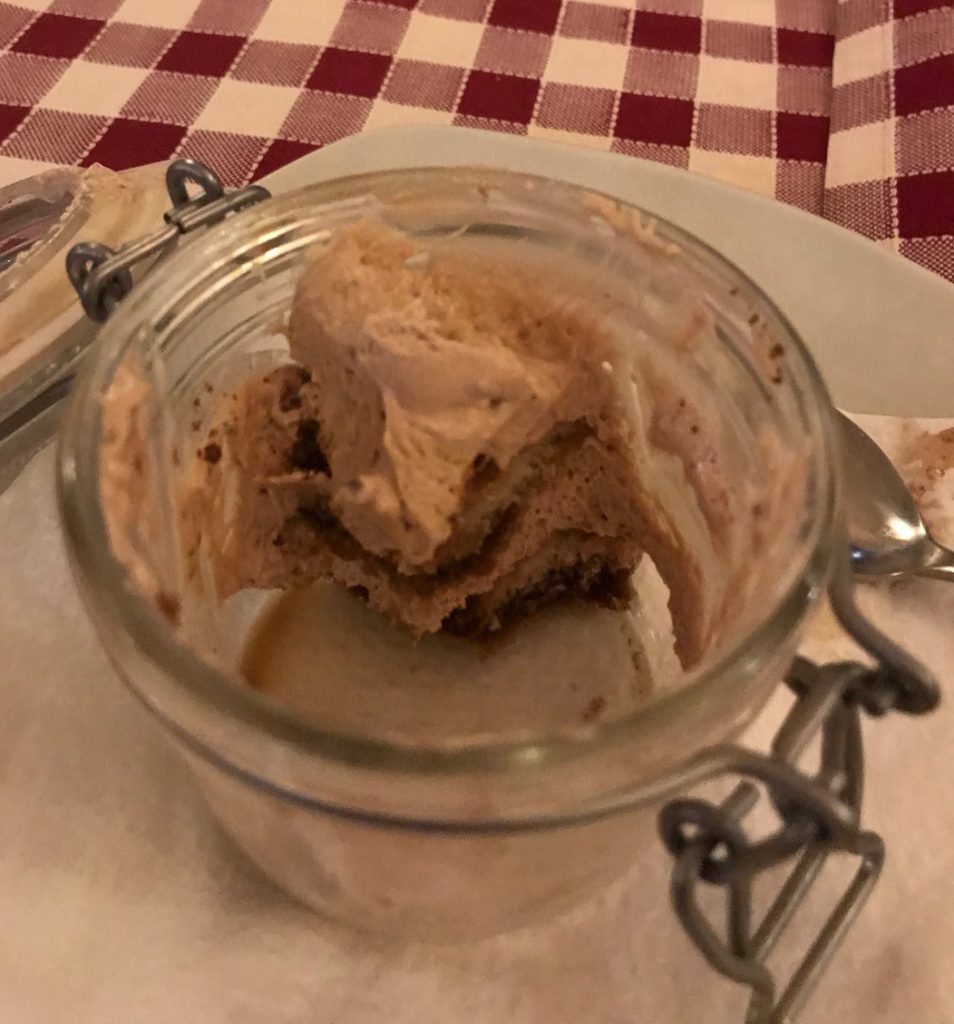 The last meal in Italy ends with Tiramisu!

Friday morning it was off to London again and an end to a wonderful, though brief trip to Italy!  Next time I will bring Crysstal and we will take some time to see Italy, which is one of my favorite countries.