So what is happening with finishing the bridge?  Well, we have three jobs that we are doing to finish the bridge.

So first up is the view screens. Curtis Short who has been our Studio Manager since California, is in charge of the overall finishing of the bridge. Back in 2015, Curtis was able to buy all the screens needed for the bridge.  Now the lower screens were out of production monitors as they are the old 4×9 aspect ration screens no longer used.  Curtis was able to find a dealer who bought old government computers and equipment and got a great deal on them.  While we need 48 for the lower monitors, Curtis bought extras.  He also bought 13 current model HD TVs for the upper monitors.

So now Curtis is working on installing the lower monitors and get an electrician to help make sure everything is up to spec! 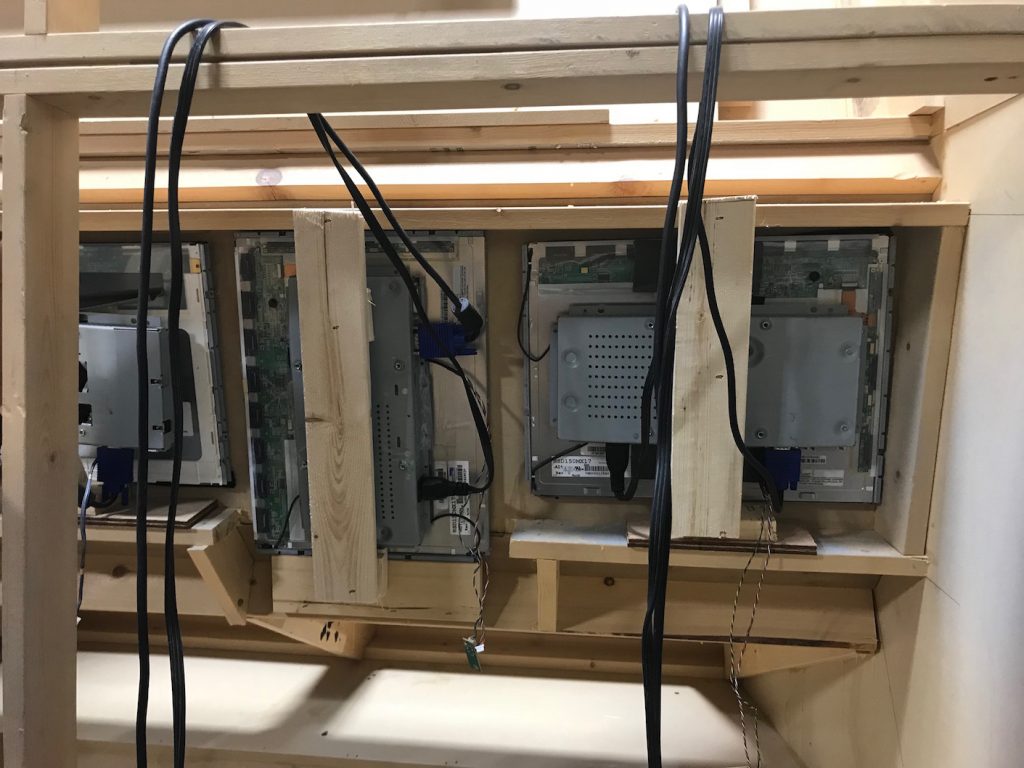 Each monitor is held in place individually 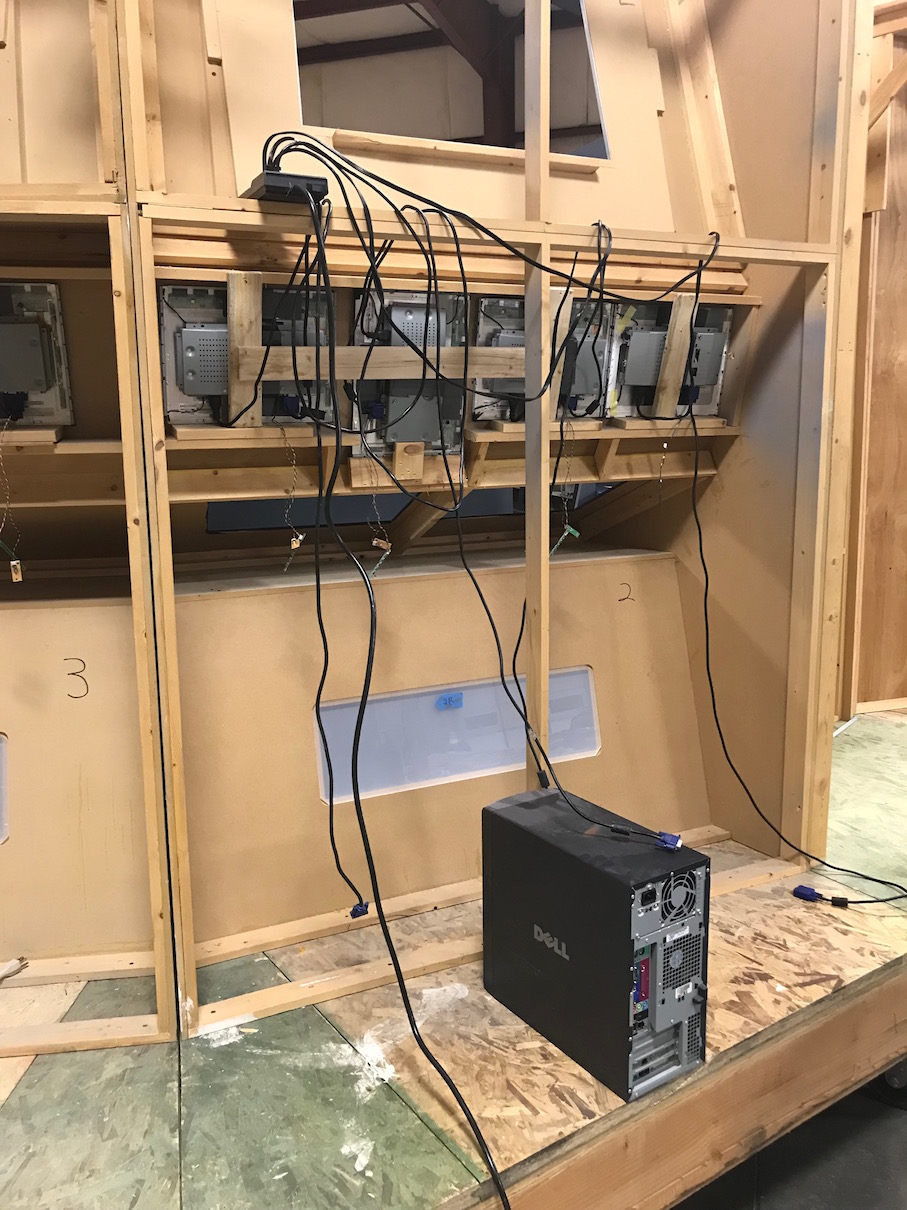 Each section is run by a PC 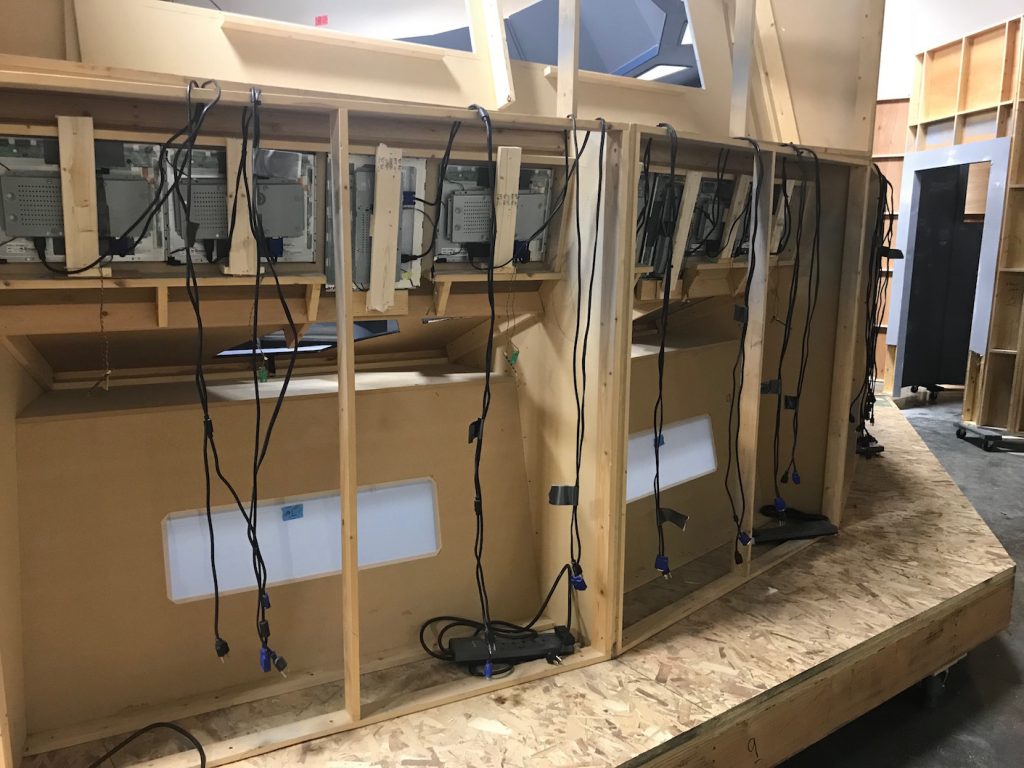 Sections waiting to have PCs attached. 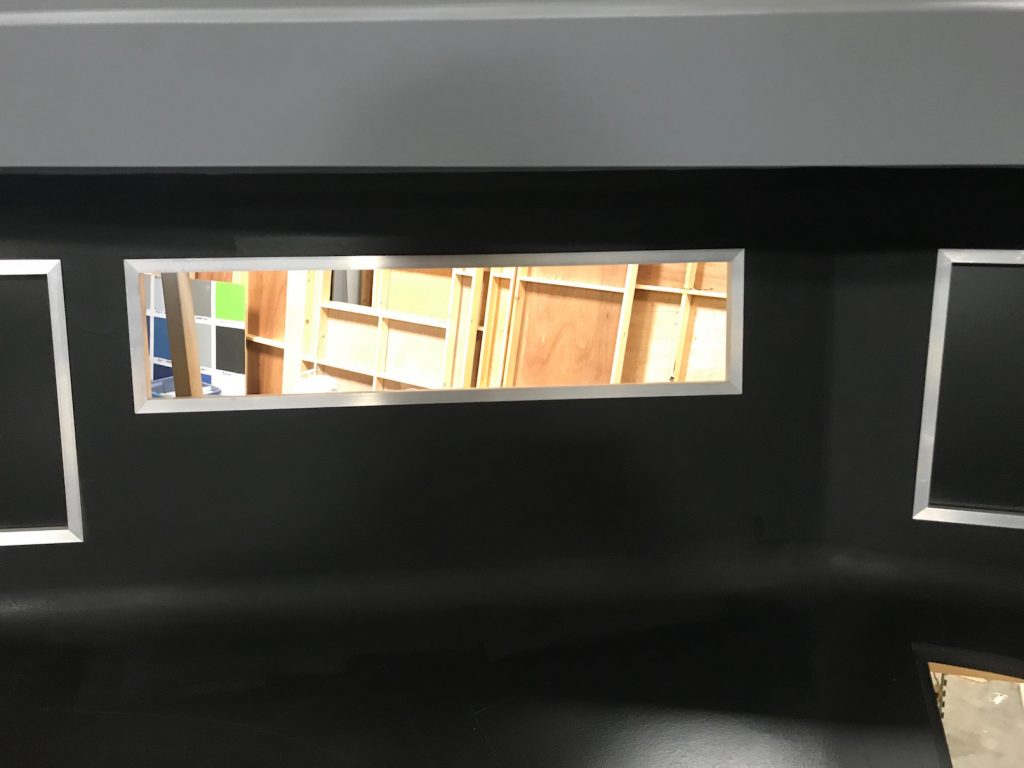 There are 4 different screens that will need to be translights as monitors won’t fit.

We have a couple of electricians who have volunteered to help with the breaker panel and making sure everything is set up correctly.  So more as we make progress!