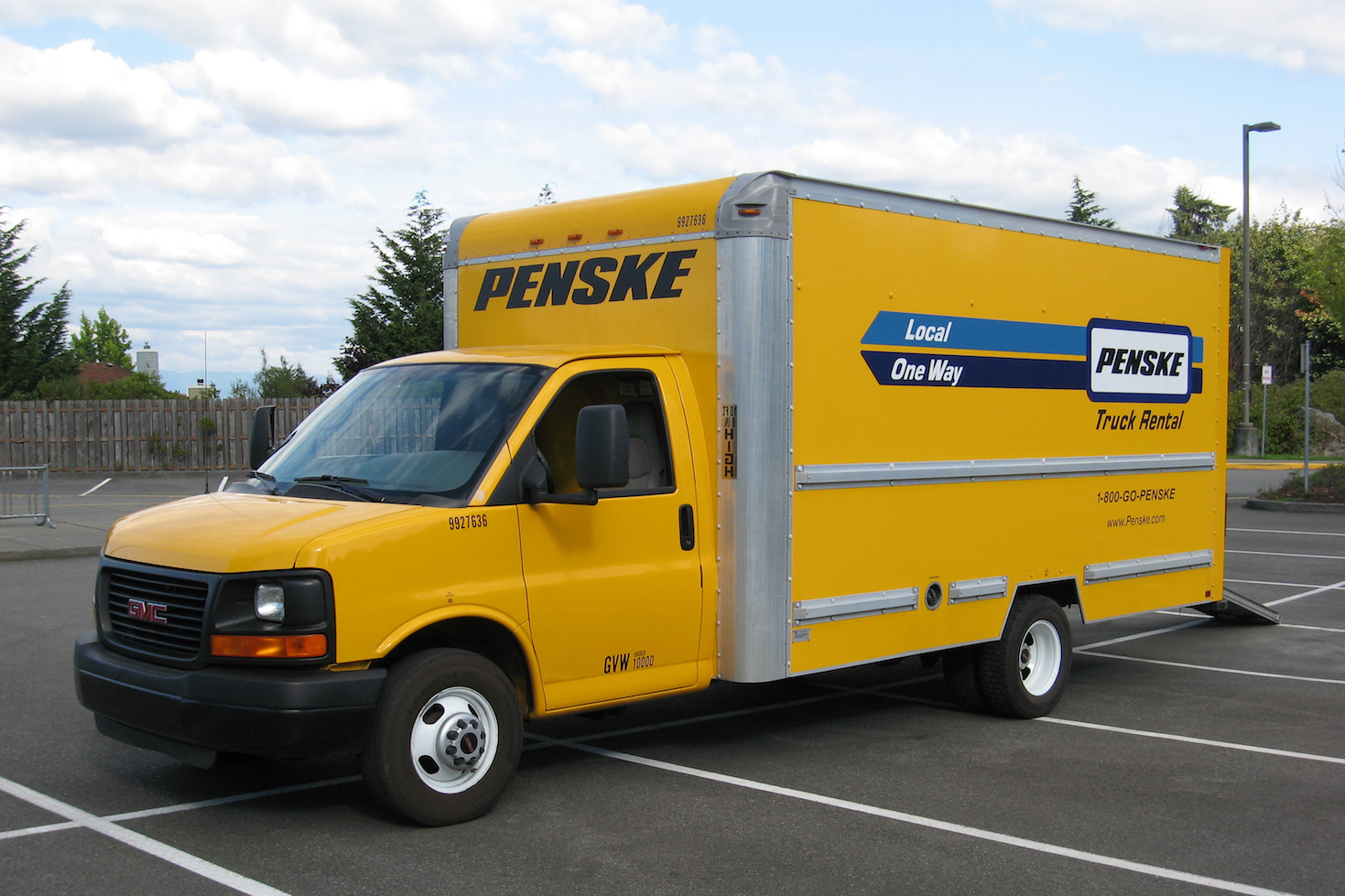 Well, we finally made the move to Atlanta!  Having moved the studio to Atlanta in May, we now were moving ourselves as our lease in Los Angeles wasn’t up until August 6th.  So after our three day packing ordeal, we finally got to hit the road! 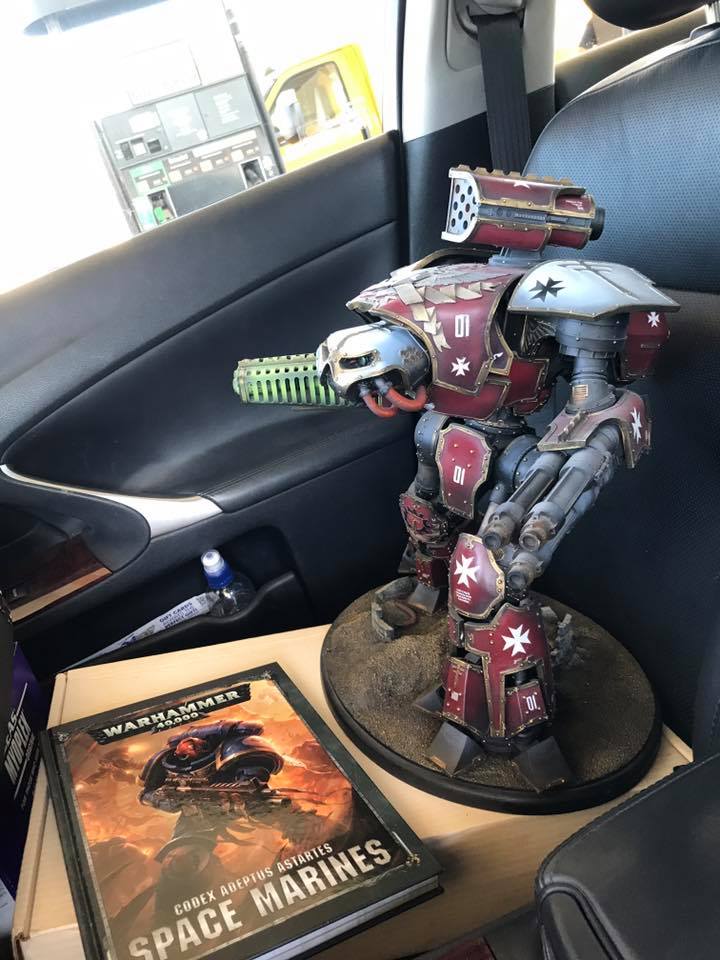 We packed two cars and our Penske truck to the max!  My car saw my 18″ tall Warhammer Reaver Titan as my co-pilot.  Don’t worry, I wasn’t reading the brand new Space Marine codex as I drove! 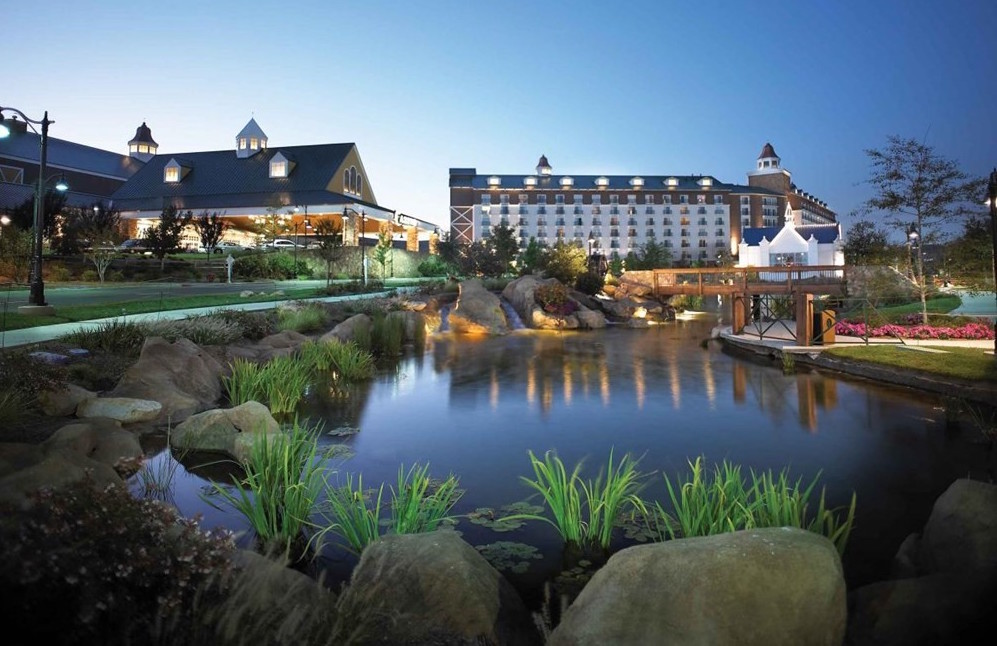 This was always going to be a 4 day trip.  But first we had to hit San Diego, as Crysstal’s Mom was packing her SUV and a U-Haul trailer as she was moving to Atlanta as well.  So we headed to San Diego and stayed at the beautiful Barona Casino hotel Sunday night.  Monday morning we headed for Atlanta! 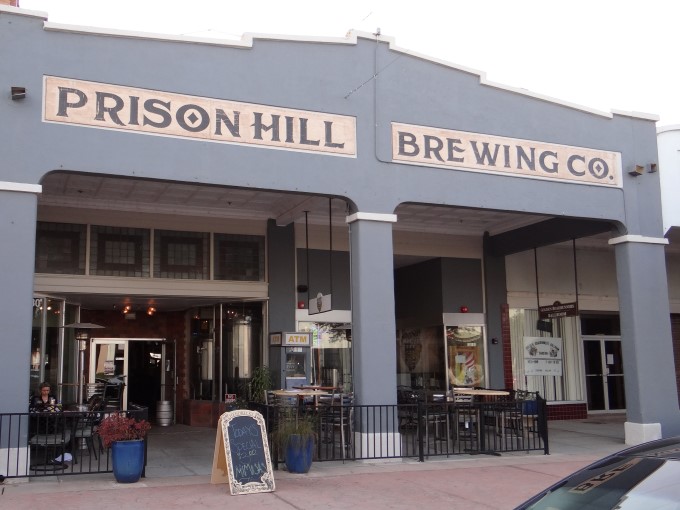 Day One saw us make it to Las Cruces, New Mexico.  You guessed it, lot of boring desert.  We stopped in Yuma, AZ for lunch and it was BLAZING hot.  You know they say the first word out of a baby’s mouth when it is born in Arizona is “But it’s a dry heat!”.  Well, let me tell you, 104 is STILL hot, especially when that sun is bearing down on you as you walk to lunch.  We had Crysstal’s Mom’s two dogs with us, so that would mean we would have to sit outside on the patio.  But a quick chat with the manager at Prison Hill Brewing Company, and we were all able to eat inside! 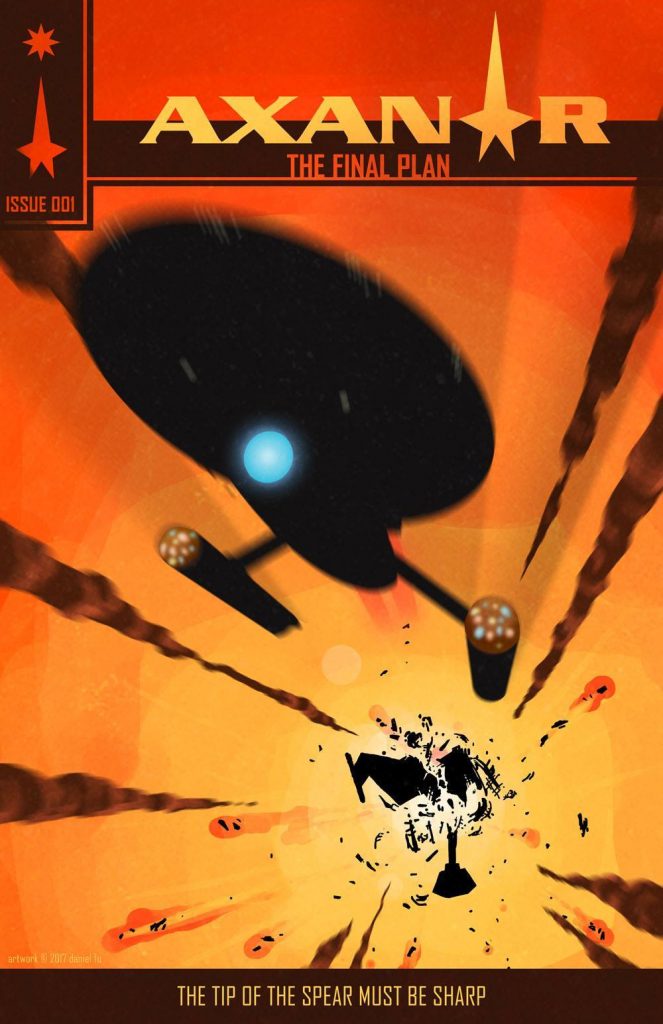 Tuesday saw us head to Austin, Texas as we had a dinner with the amazing Trey McElwain and his beautiful wife Nicole. Many of you know Trey as the Axanar super-fan who made the AMAZING Axanar comic!  We had a great dinner at the same chain of restaurants the Axanar crew did three years ago at the Houston Space City Comic Con convention. (We are a sucker for good Mexican food!). 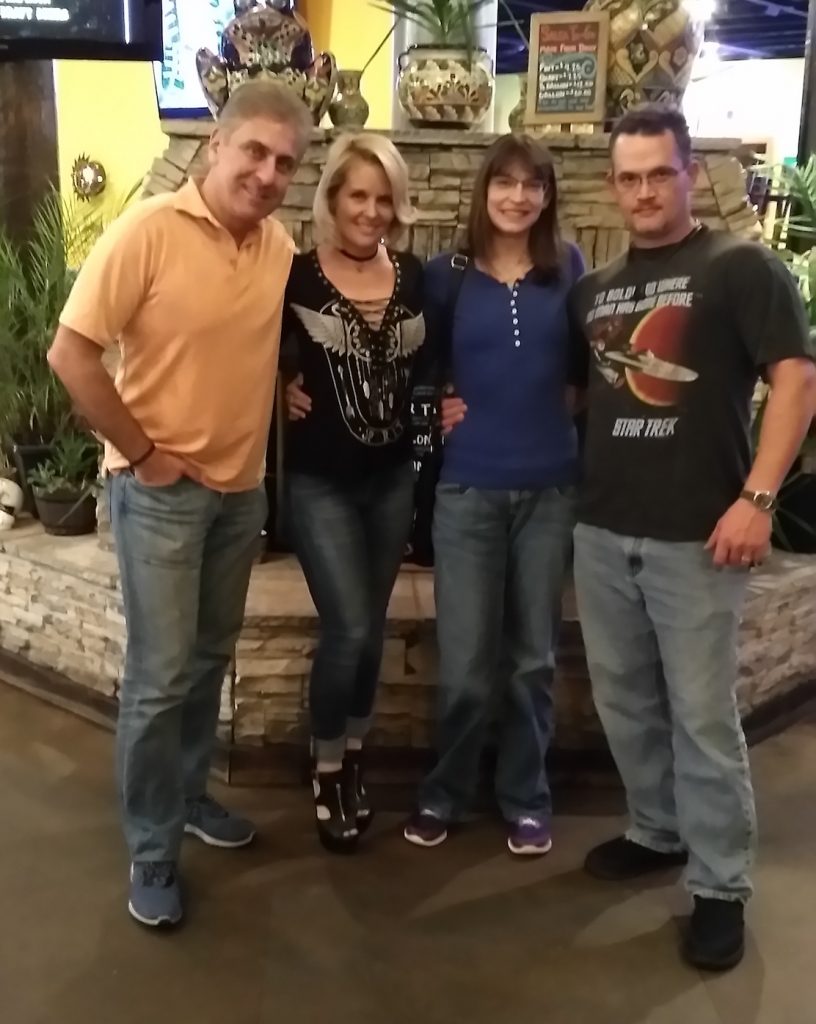 I can tell you there is no bigger Axanar fan than Trey, and his wife Nicole shares that passion.  So we had a great time chatting all things Star Trek, and only an early day at work for these two forced us to cut the evening short.

The next day, Curtis (driving the Penske) and myself decided to make it to Atlanta, while Crysstal and her Mom took an extra day.  Curtis lives in Atlanta, so he went to his house, while I hit my good buddy Curtis Calloway’s house, as I couldn’t get into the new apartment until the day time! I arrived at exactly midnight. (Yes, my two best friends in Atlanta are named Curtis!)

On Thursday, Curtis # 1 and I checked in with the new apartment, and unloaded the truck!  The bad news is we found out before we headed out that our apartment isn’t ready as the complex is still being built, so they graciously have put us up in another unit for a couple weeks until we can move in.  They even gave us a garage to store our stuff in.  When our apartment is ready, they will hire movers to move us in. 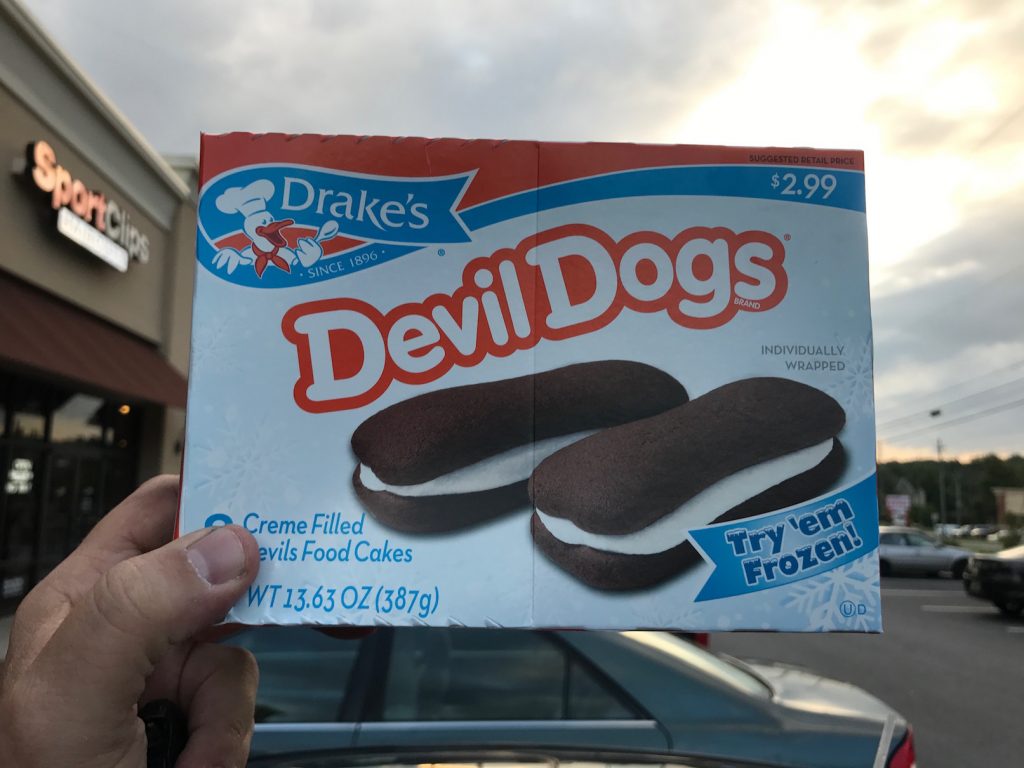 One of the dangerous things about Atlanta, is that they have Drake’s Cakes!  What are Drake’s Cakes you say?  Well, if you grew up in New York, they were the snack cake of choice.  There are Little Debbie’s or Tasycake or Hostess in various areas of the country.  (Want to know more, check out this article). But Drake’s are traditionally only available in the New York, tri-state area.  Well, now they have made it to Atlanta!  UGH.  They are my fav.  So I did treat myself to some Devil Dogs when I arrived, but these are strictly off the pre-production diet.  Can’t be having a third-season Garth! 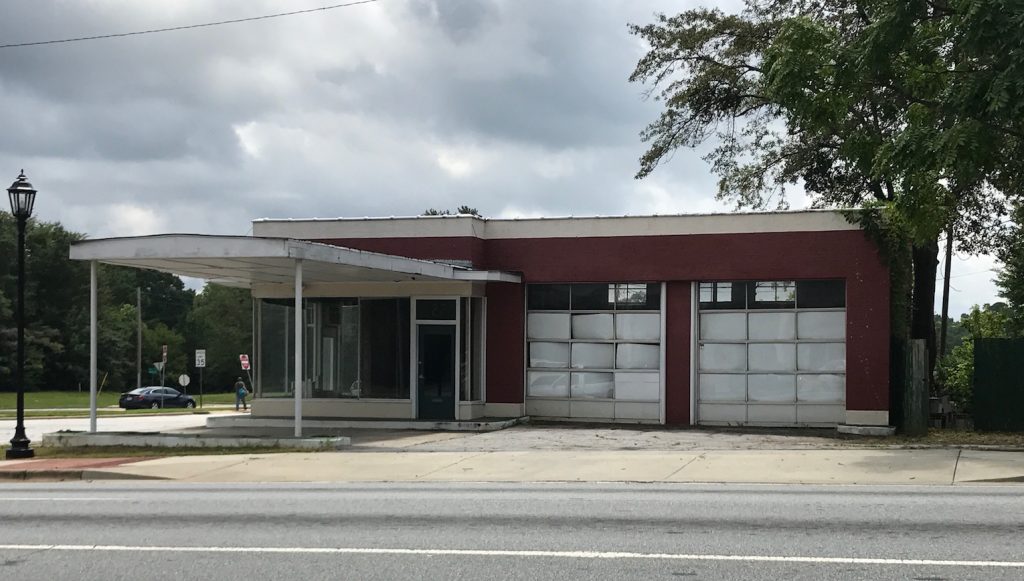 As Curtis and I stopped at the post office Friday to pick up our mail box keys, we saw this amazing old-school gas station across the street from the Post Office.  I love this type of building, and you see a lot of them around the south.  Right off the town square, this place would make a great coffee shop!  Hmmmmmmmm.  Axanar coffee shop!  😉

And so our Atlanta adventure begins!  While today I wrote about the actual move, tomorrow I tackle more about why we moved and why Atlanta is such a great place for us and Axanar!