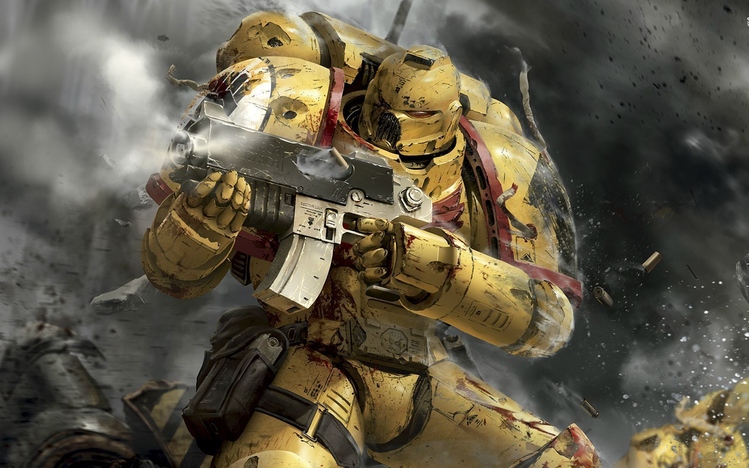 Today sees a break from Axanar, but something near and dear to many of us Star Trek fans who are also game geeks.  I am a huge fan of Warhammer 40,000 as many of you know.  Having played for 19 years, having started with my newphews at Dragon Con in 1998, it has become my biggest passion outside of Axanar.

So it was off to my buddy Curtis Calloway’s house here in Atlanta.  Now Curtis has been my friend since I introduced him to Warhammer 40,000 in 1998 when helping our friend with his store.  We have played many games from Warhammer 40,000 to Battlefleet Gothic to the computer game Battlefield 2.  Recently Curtis  introduced me to World of Warships, which many of you have joined us in our Axanar clan on the game. 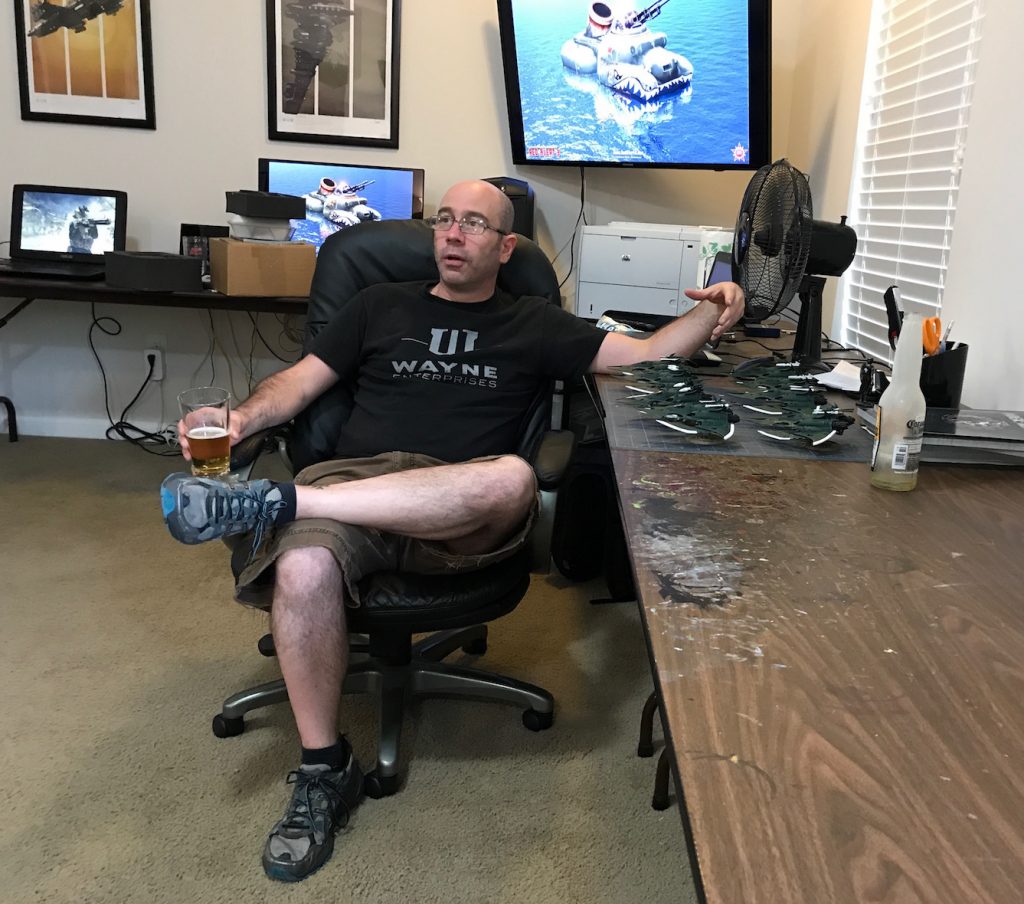 Curtis Calloway in his man cave

Now Curtis has an amazing basement in his brand new town home that is a a gamers dream man cave.  He fits half a dozen 4’x6′ tables into the space as well three computers so his friends can show up and all play online together.  It really is a great space. 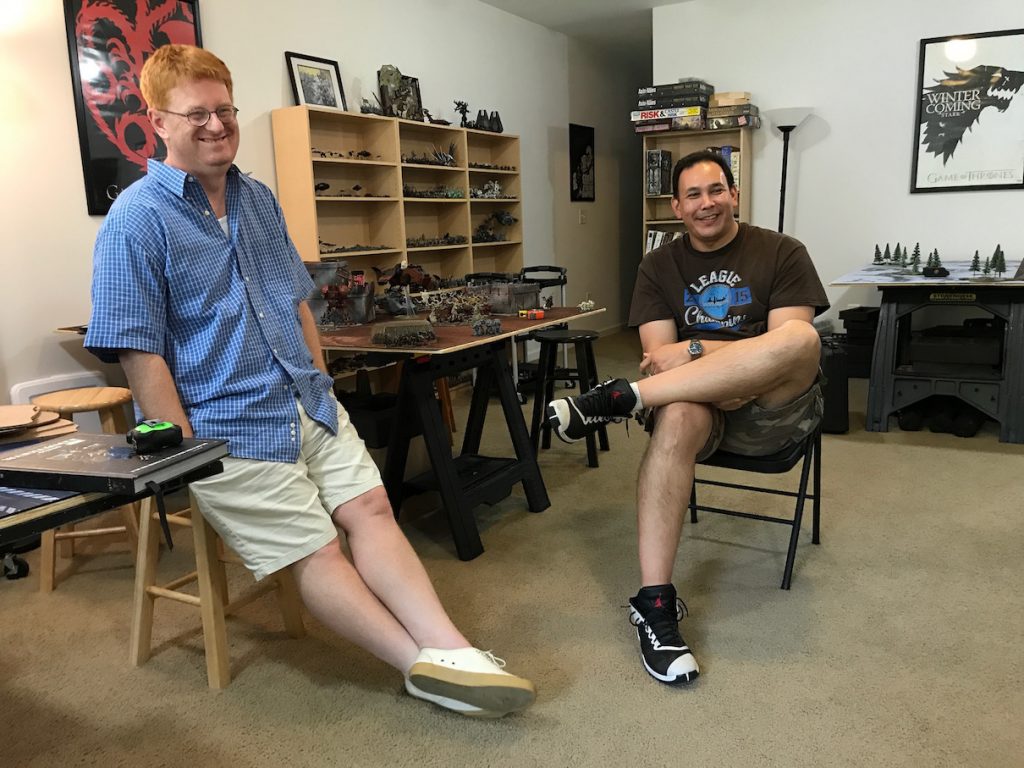 John and Thomas after our game or 40K

One of the best parts of moving back to Atlanta after nine years in L.A. is getting to hang with all my friends again.  In addition to Thomas, we were joined by John Ross and Thomas Byrd, two great guys who I played with in the Adepticon Team Tournament years ago, which was the best time I ever had gaming.  So we all have a history.  Today I was introduced to the new version of 40K (as Warhammer 40,000 is referred to), which was just released last month and which I haven’t had time to learn due to the move.  If you don’t play 40K, it is basically a combination of the fun and basic concept of Risk, combined with the strategy of Chess and the model building and painting many of us grew up doing.

You play on big tables with great terrain.  If you are real lucky they look like this: 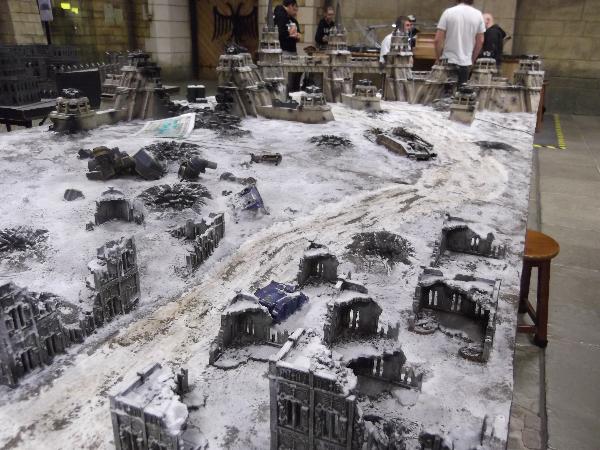 And you build and paint your own armies, which look like this: 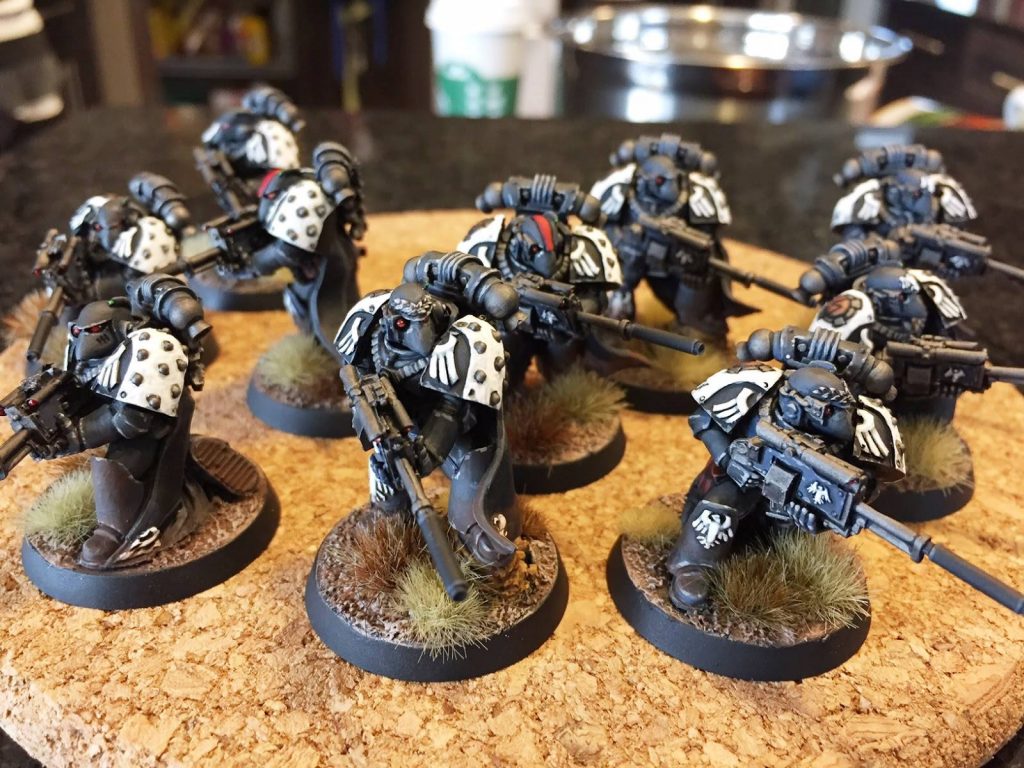 And we all tend to spend a lot of money on this game, leading to this… 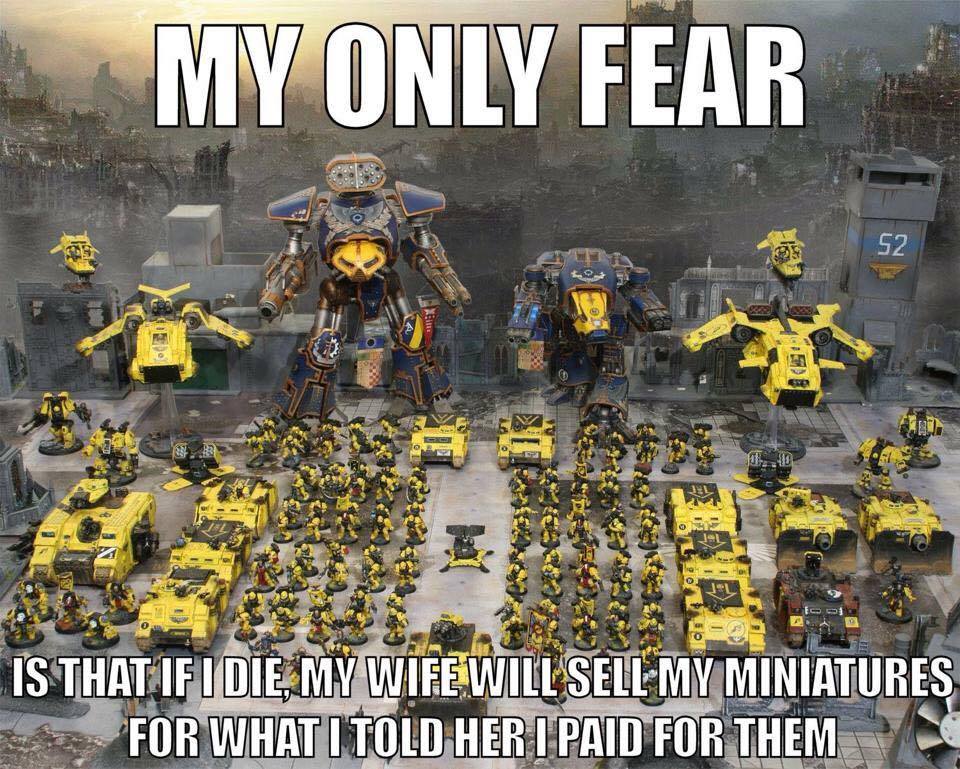 If you are in the Atlanta area, we will be having a big game later this year between Christmas and New Year, and we hope you will join us.  If you want to learn, there are Games Workshop / Warhammer stores all over the country and many local game shops carry the game.  Check it out on their website here:

So I had a great day gaming with old buddies here in Atlanta.  Of course lunch meant getting used to less healthy food options (there is a lot of red meat and fried food here!), but it is good to be back!

And now back to our regularly scheduled Axanar programming….