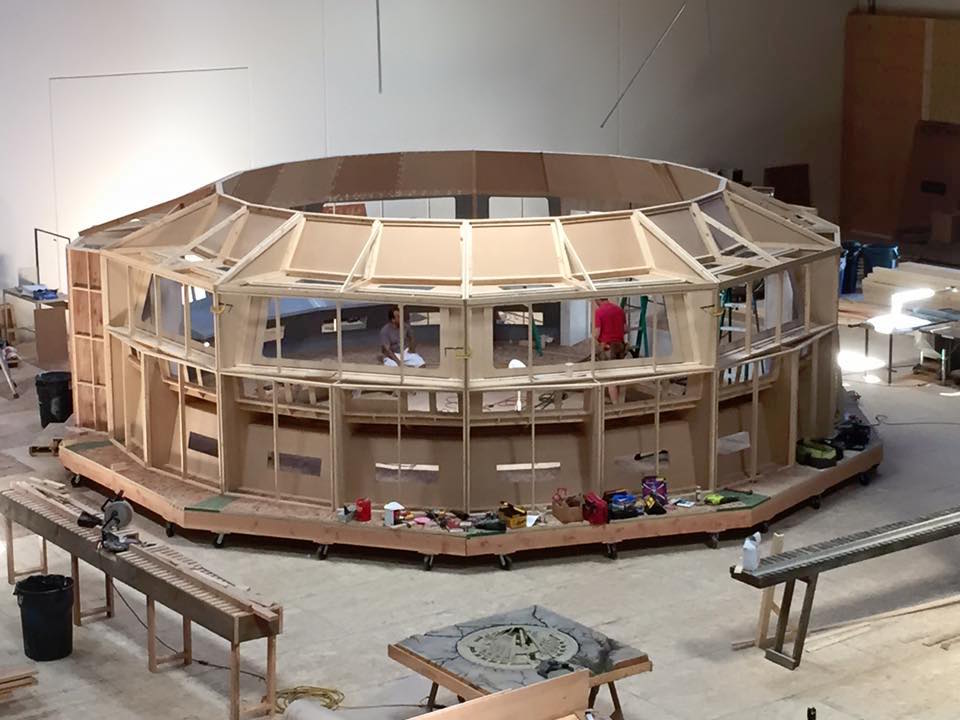 There is a lot happening at Axanar, and we have some big news coming your way.  In the mean time, I wanted to make sure you all read this update on the studio and what is happening at Axanar.  While I posted this in the main blog section, I have updated it and I hope you will read this as it is important stuff!

Industry Studios
Thanks to many of you, our Indiegogo campaign has raised over $21,000 and could raise as much as $25,000 by the end of the campaign. And while we won’t hit our goal and be able to stay in our Valencia, CA facility moving forward, we have some very good news that will allow Industry Studios to continue. Our awesome landlord Danny, will be taking over the facility, and continuing Industry Studios as the boutique sound stage it was meant to be. This is a positive development for two reasons:

First, Danny will retain the infrastructure build-out we made and to make it available to commercial and non-commercial productions. Danny will keep the Industry Studios name, website and even some of the personnel for on-site management. This means our co-productions like Personal Space and Cholo vs. Vampires, will be able to shoot at the studio! For all other aspects of their productions, their access to Axanar Production’s services “portfolio” remains unchanged. So the vision of Industry Studios continues!

Second, Axanar will be reimbursed for some of the build out we did. The details of this will be worked out, but Danny wants us to leave the lighting grid and the power upgrades as they are essential to making the facility work as a functioning commercial sound stage. And of course, while we can’t take build out such as the green screen or the office space we built, Danny sees the value of what we put into the studio and will help us all out in the long run. Any $ raised will go into Axanar, since it is, after all, donor’s money.

So although we will be leaving the studio at the end of the month, Industry Studios will continue – just not as a part of Axanar Productions.  And since Axanar gets to use the studio, we feel good about this outcome.

A new home for the Axanar Sets
So the most important need for Axanar is a place to keep our sets while we work towards shooting Axanar and other Star Trek and genre projects that will use these sets. And so we have to make a decision quickly, either put the sets in storage, get a new, much less expensive facility elsewhere, or some combination of the two.

We have created a poll for the current donors to the Industry Studios Indiegogo, and the results are encouraging!   We plan to let all of our latest backers know the results and what we decide to do shortly.  If they want to maintain their pledge of support, great! But for those who have a change of heart, we’ll provide a full, no-questions-asked refund.  So far, donors are very positive about the news.

Either way, look for news in the next few days.

Axanar Productions
First, our quest to achieve tax-exempt status as a 501(c)(3) has moved forward. The State of California’s Secretary of State’s office accepted our request to be listed as a domestic non-profit entity.

Second, work continues on the script for Axanar’s two 15-minute segments we are allowed to produce under the terms of our negotiated settlement with CBS and Paramount.

Third, Axanar Productions will be producing more projects – including more Star Trek-related content. We have three projects in development that celebrate the things we love about the Star Trek universe: adventure, science, character and fans! These projects all fall squarely under Fair Use and will not in any way conflict with CBS or Star Trek Fan Film Guidelines.

So many thing happening. So many things to do – and none of it could happen without your help and support.

From all of us at Axanar Productions, a warm thanks and a promise of even better things to come.