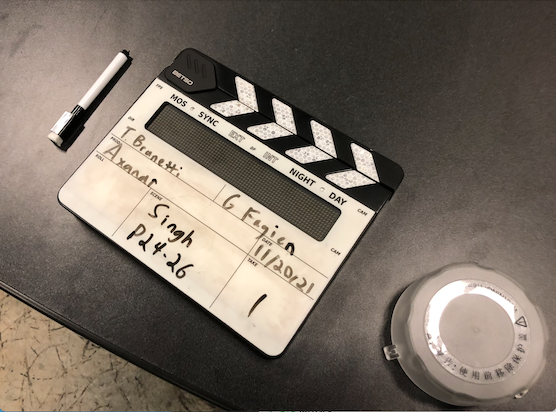 This past Saturday, November 20th, 2021, Axanar had its first shoot in 18 months.  This shoot marks the first of 5 days of shooting that will not only reshoot the unacceptable and lost footage from the October 2019 shoot, but finish everything we need to release Axanar in 2022.

The shots of JG match what we previously did in Prelude to Axanar.

I can tell you this shoot was a 10/10!  A smashing success due to an amazing team of professionals who weren’t motivated by ego or a desire to build their resumes, but to deliver an Axanar that is every bit as good as Prelude to Axanar and make fans and donors happy!

Unlike our previous director Paul Jenkins, who didn’t like Prelude and thought he knew better, Mark studied Prelude to Axanar to match the look and feel, and then brought an iPad with screen shots of every actor and “look” so he could match them with Geoff.  The result was AMAZING.

We were lucky to use over 5,000sf of space in one of the local high schools who Ares Studios works with, which allowed us to spread out, and have separate areas to shoot the production (in their 2,500sf fully functional studio space), Live Stream (in a 1500sf classroom with high speed internet and plenty of space to spread out) and even have a green room for the actors, an area for craft services and changing and make up rooms.

With the bridge set taking up so much room in our studio warehouse, we never would have had room for everything, nor be as comfortable as we were.  But this is just one perk from working with Gwinett County schools for so long. 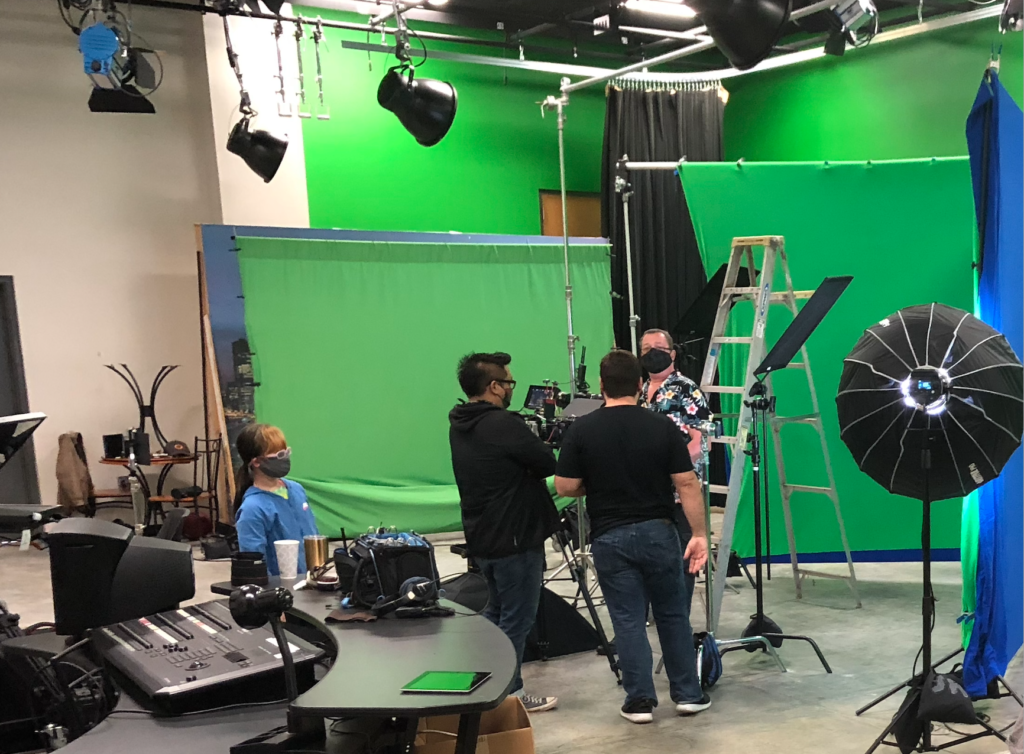 The team was a well-oiled machine. Here geoff, our DP Jaime our DIT, and Jim, our Gaffer, confer on set up. 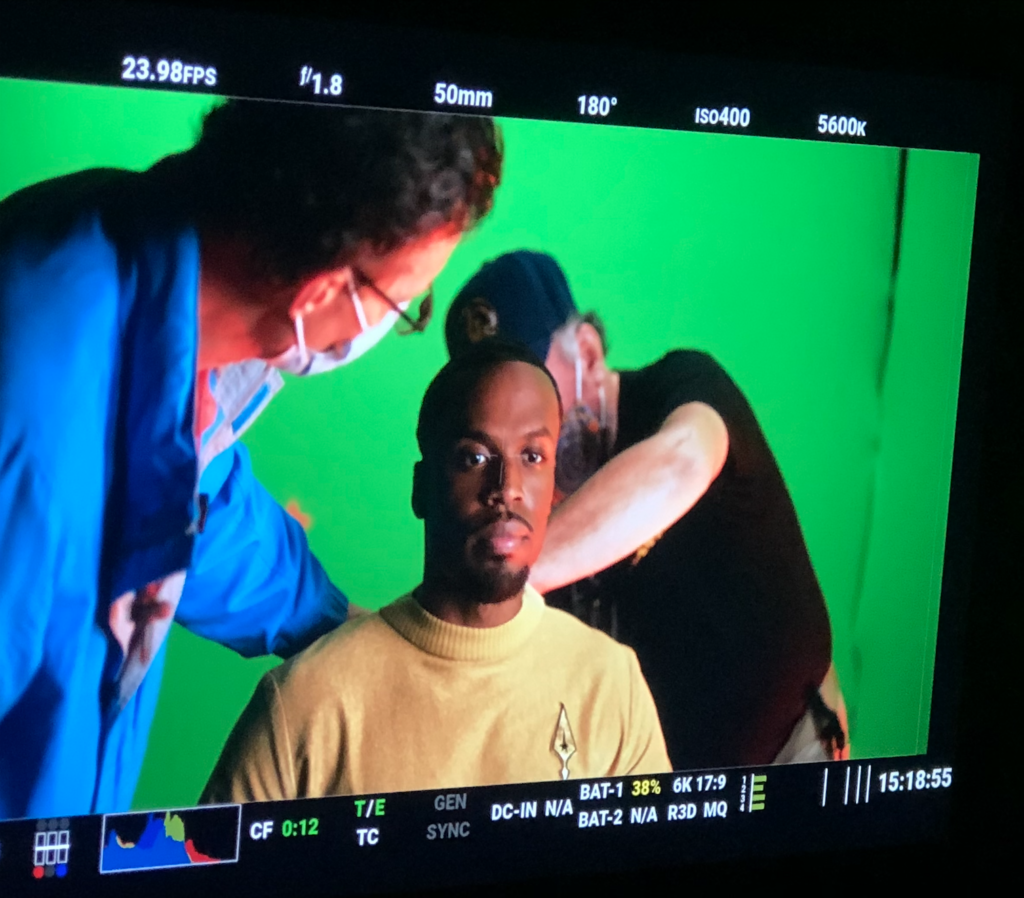 The amazing Rob Hayes, fresh off a huge guest star role on The Walking Dead, returned to the set for Axanar. 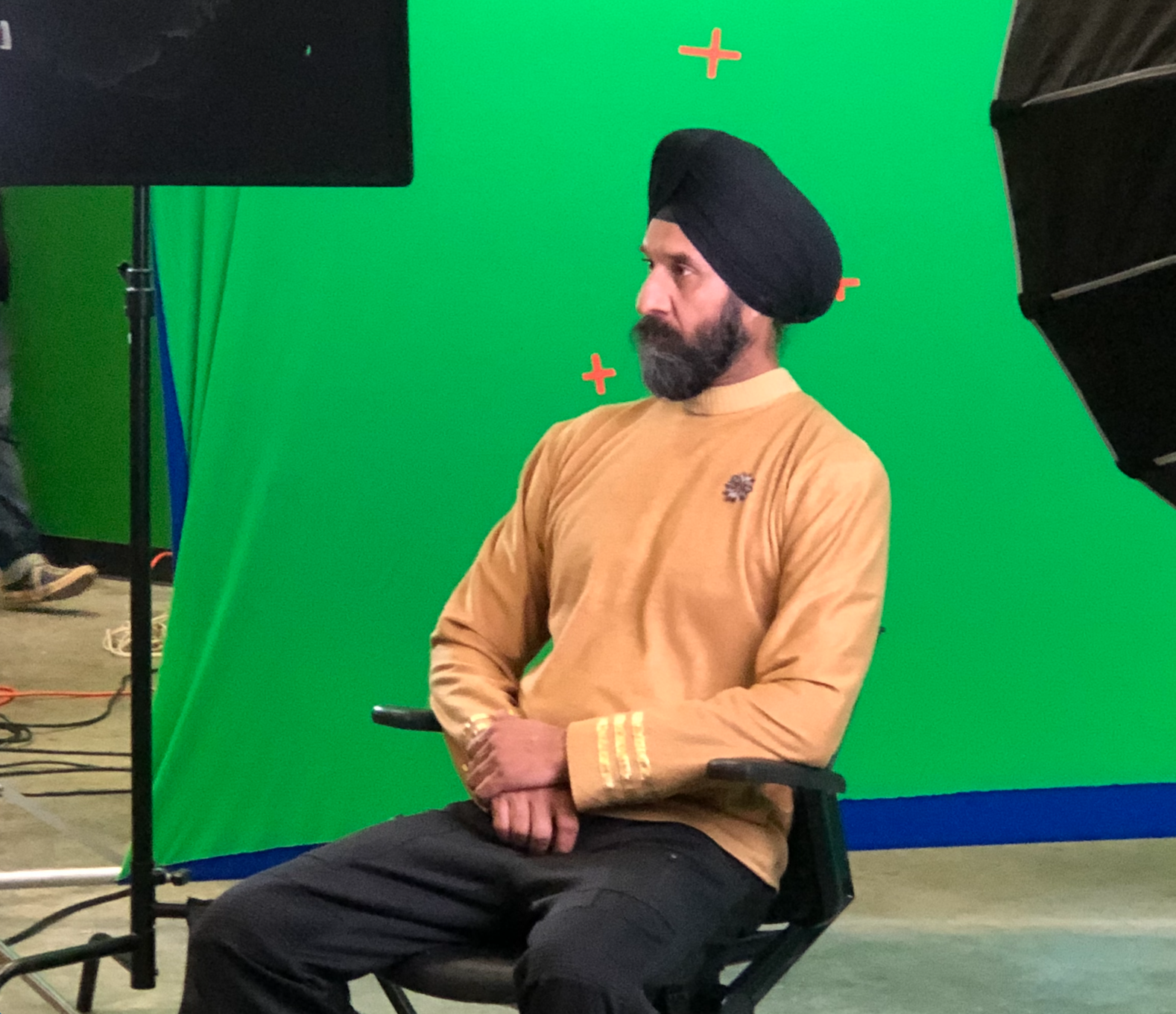 Raj Kala as Commodore Singh, will be a huge fan favorite! 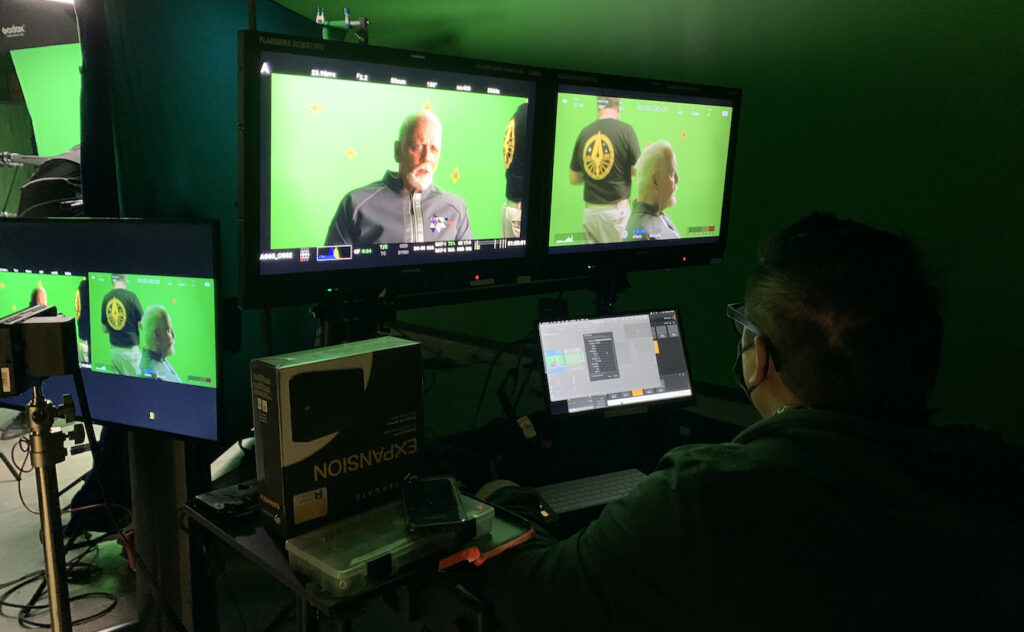 Jaime, Axanar’s DIT (Digital Ingest Technician) was again a huge part of our shoot. Geoff has lots of respect for Jaime, who makes his life easier! 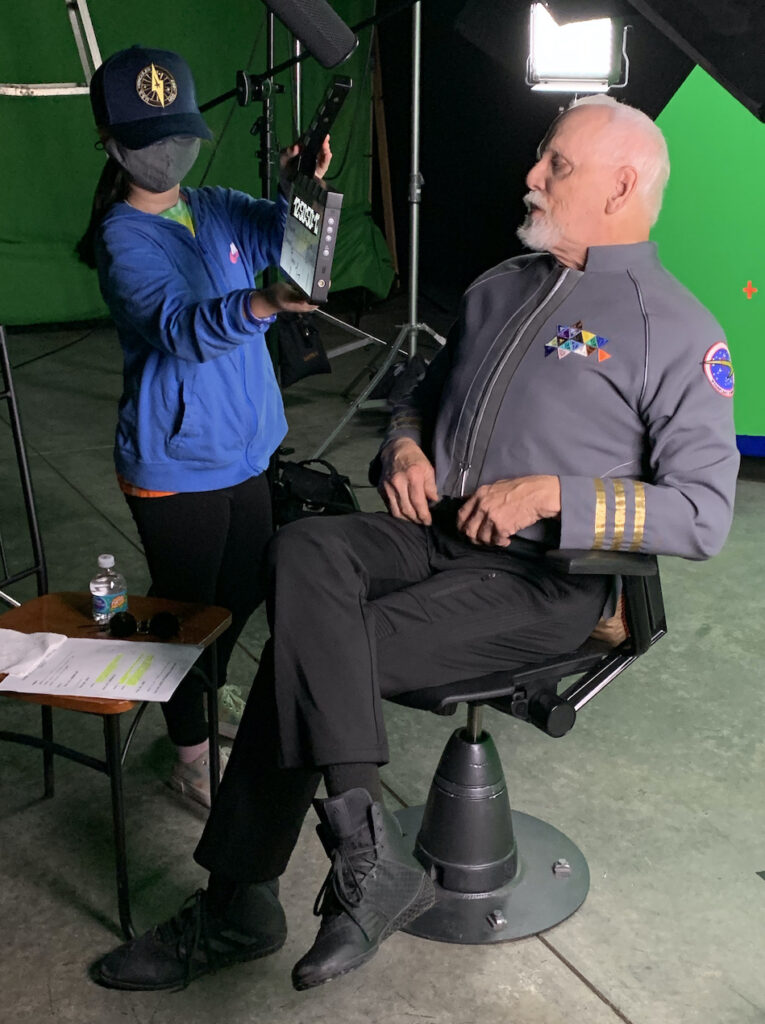 The daughter of Jim Ross, our Gaffer, was a huge hit with JG, who couldn’t help but smile after she used the clapper and announced the scene. She goes to set with her Dad and wants to be a Gaffer just like him!

Besides the production shoot, we shot BTS (Behind the Scenes) interviews with all three actors. Dan Deevy, who hosted our Live Stream, also handled the interviews.  These will all appear on our Blu-Ray 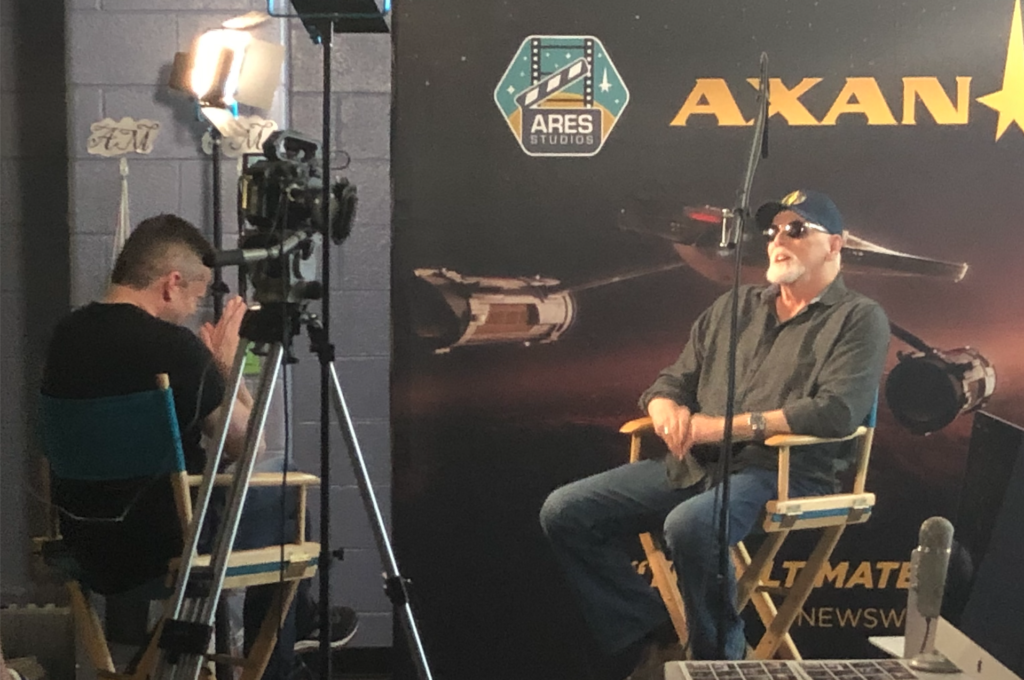 Thank you ALL for being there for us and believing in Axanar!  This weekend’s shoot was simply spectacular.  I know now, that what we deliver to you all next year, will absolutely be as good as Prelude to Axanar.