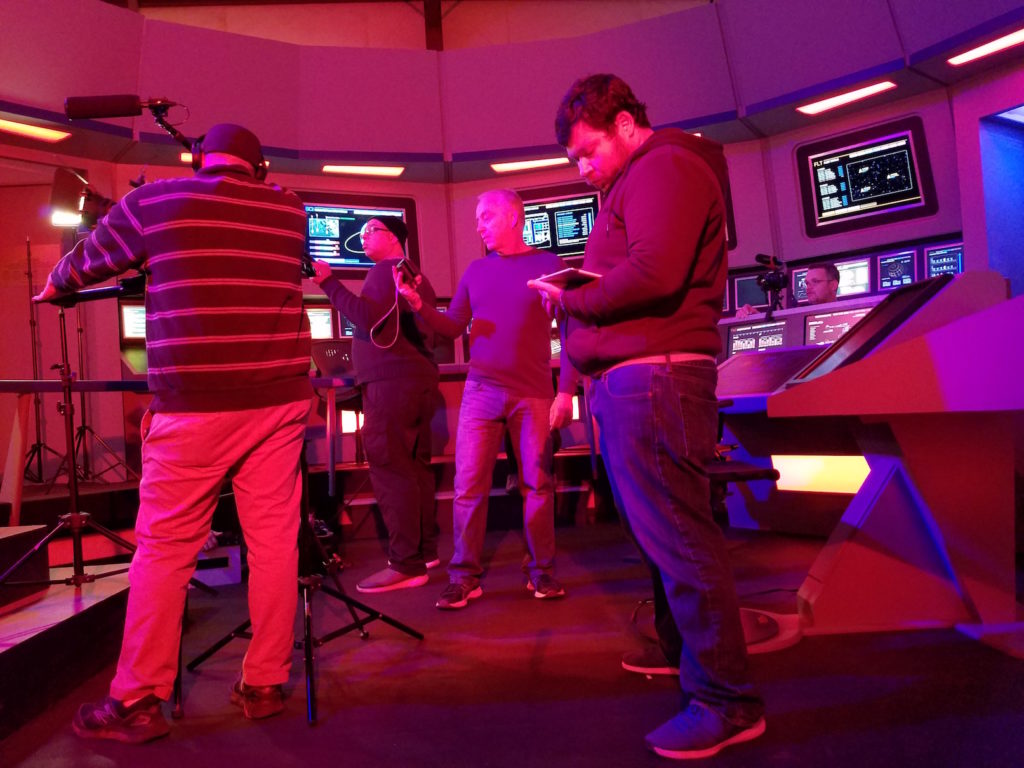 This past weekend we held our second Axanar shoot on Saturday, Dec. 7th.  The shoot was made extra special by the attendance of Sally Marshall Ihnat, Steve Ihnat’s widow (Steve was the original Garth of Izar)  and Linda Alexander, Steve Ihnat’s biographer.

It was a truly awesome weekend, which got off to a great start as Troy Bernier donated for the craft services, providing breakfast and lunch both days.  Day one was taken up with shots of Garth on the bridge for the film and trailer, and an important scene of Garth reviewing Casualty reports. 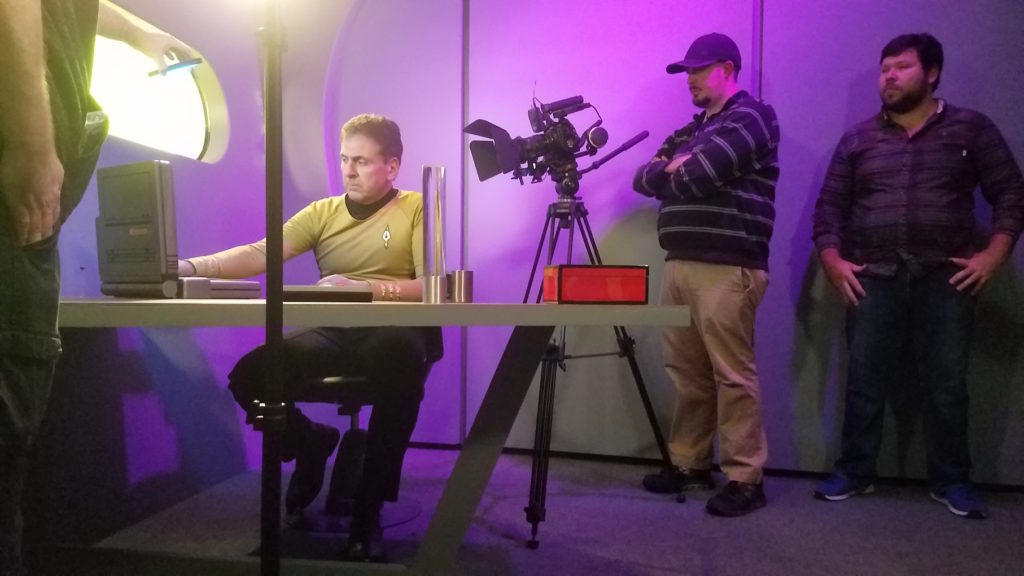 DP’s Josh Irwin and Geoff Fagien look over Alec’s shoulder as they shoot part of the casualty report scene.

You can watch the video of the live stream on the Axanar YouTube Channel. 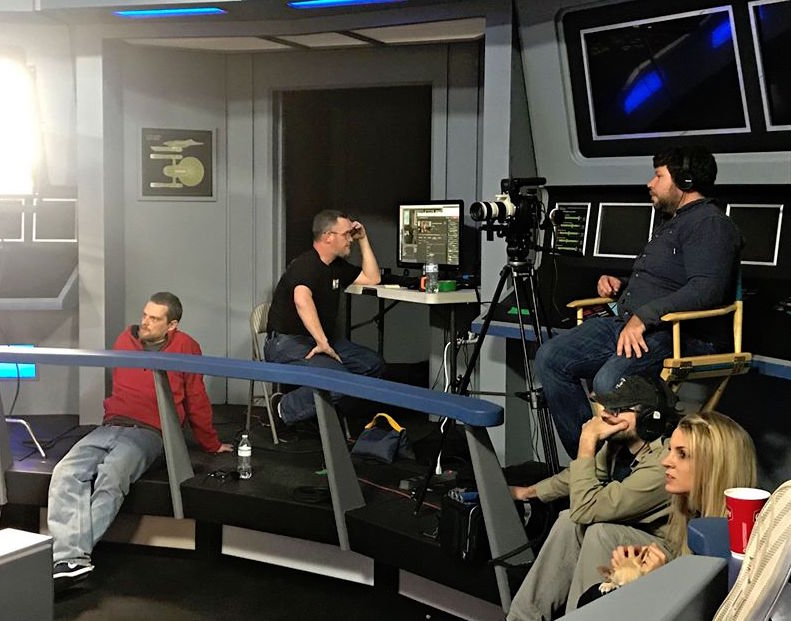 After the holidays we have 2 more shoots to finish Axanar, one in Atlanta and one in L.A.  More on that soon…