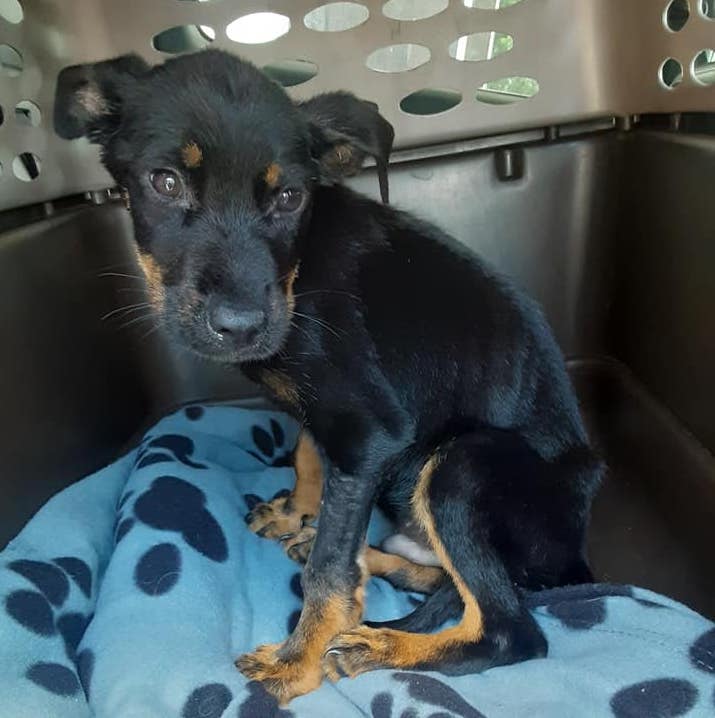 Today was an amazing day.  Why?  Well, about 2:15pm, while working on Axanar and Ares Studios, I found out that Christy Elizabeth Sellers, one of my favorite dog rescue people, who is located in Texas, was trying to raise $1,700 for an emergency blood transfusion for a puppy she has rescued. Flash, a German Shepard mix puppy, recently survived Parvo, but was sick and needed a lot  of attention.  I have been following this puppy’s progress the past three days and now Flash desperately needed a blood transfusion to fight the symptoms of Coccidia he has.  So I bolted into action, as I can’t handle seeing puppies suffer.

Christy’s Vet was closed on the weekends, and so she took Flash to another Vet who could do all the work needed, but it would be $1,700.  Christy didn’t have the money, so she started to fund raise on Facebook.  I immediately sent her $100, and thought, “Wait, we can do this all.”  So, I called Christy, got the details, and told her to take him to the vet immediately.  I told her I could raise the full amount needed because our Live Stream and Facebook groups were so awesome.  I didn’t want her to wait. I told her we would start raising immediately but she needed to get Flash there immediately.  So at 2:30 I scheduled a Live Stream and Christy jumped in the car with Flash.

At 2:48 we went live in the Ares Studios Channel and many of our regulars started showing up. By the time I called Christy at 3:30, we had $1,200.  The Vet had taken Flash in for treatment and Christy was so happy to hear we had raised the money so quickly that she started crying.

So Flash was given his transfusion and is being kept overnight.  We will update everyone on his progress. 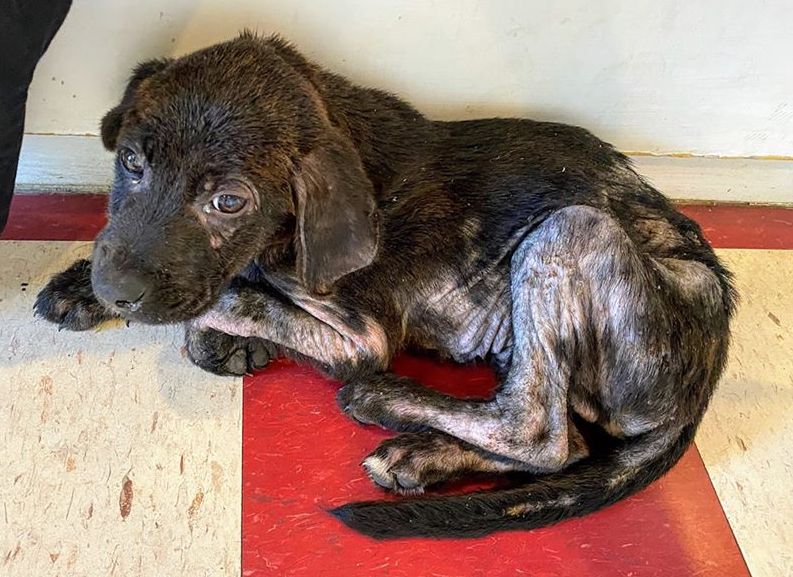 Now, Christy had also been raising money, so between her and us, we raised more than we needed for Flash.  Well, there are always puppies who need help.  And one of my other main rescue people, Tracy Mikami Dicenso, had just posted about a puppy that had been left at a vet that was in desperate need of care.  In fact there were two puppies that had been abandoned and both were sick.  Tracy was trying to raise money for them.  So I checked with Christy, and together we gave Tracy $750 for those two puppies!  Tracy was through the roof happy.

So, this is all because of generous donors who are committed to helping puppies.  THANK YOU!

We will be updating you all on these puppies progress. 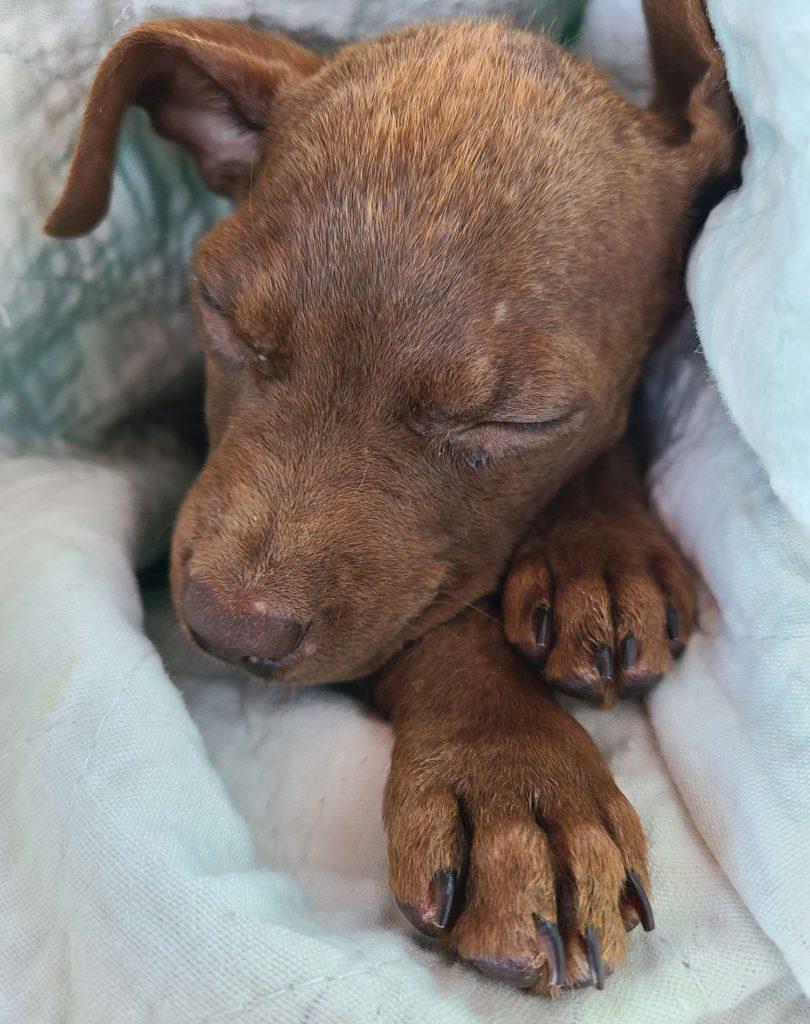 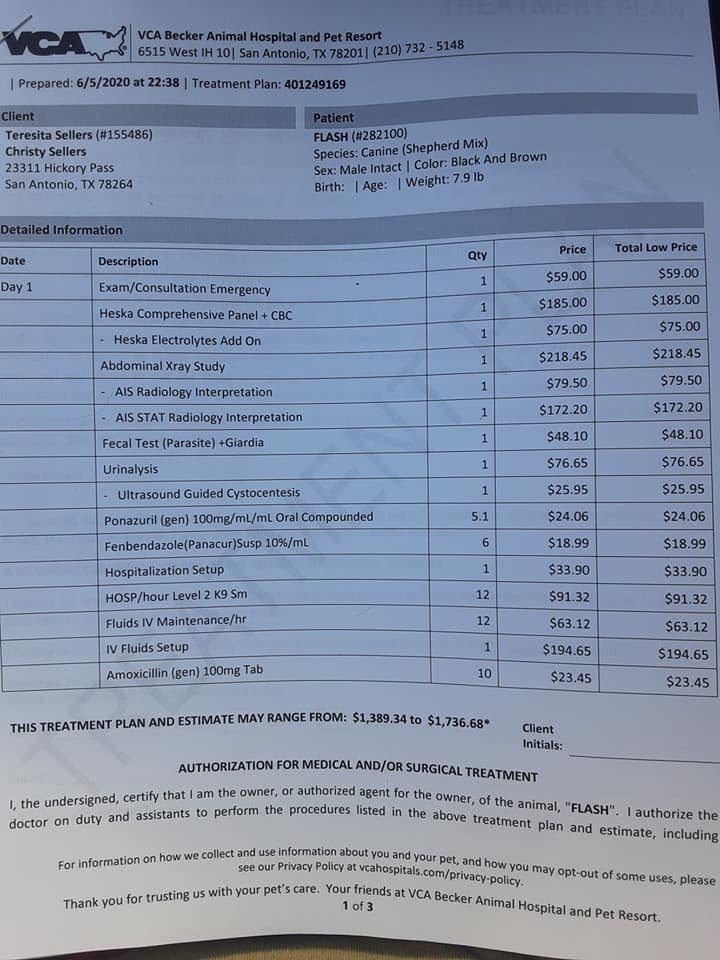 The Quote for Flash’s Blood Transfusion and Treatment