Christmas time was a busy time for Axanar. Not only were we preparing for a January shoot, but we were faced with a winter freeze that not only hammers the entire country, but jeopardized the lives of stray dogs and cats outside without shelter.  And being known in our area for helping with stray dogs and cats, we were contacted multiple times and had to jump into action. And we need your help! 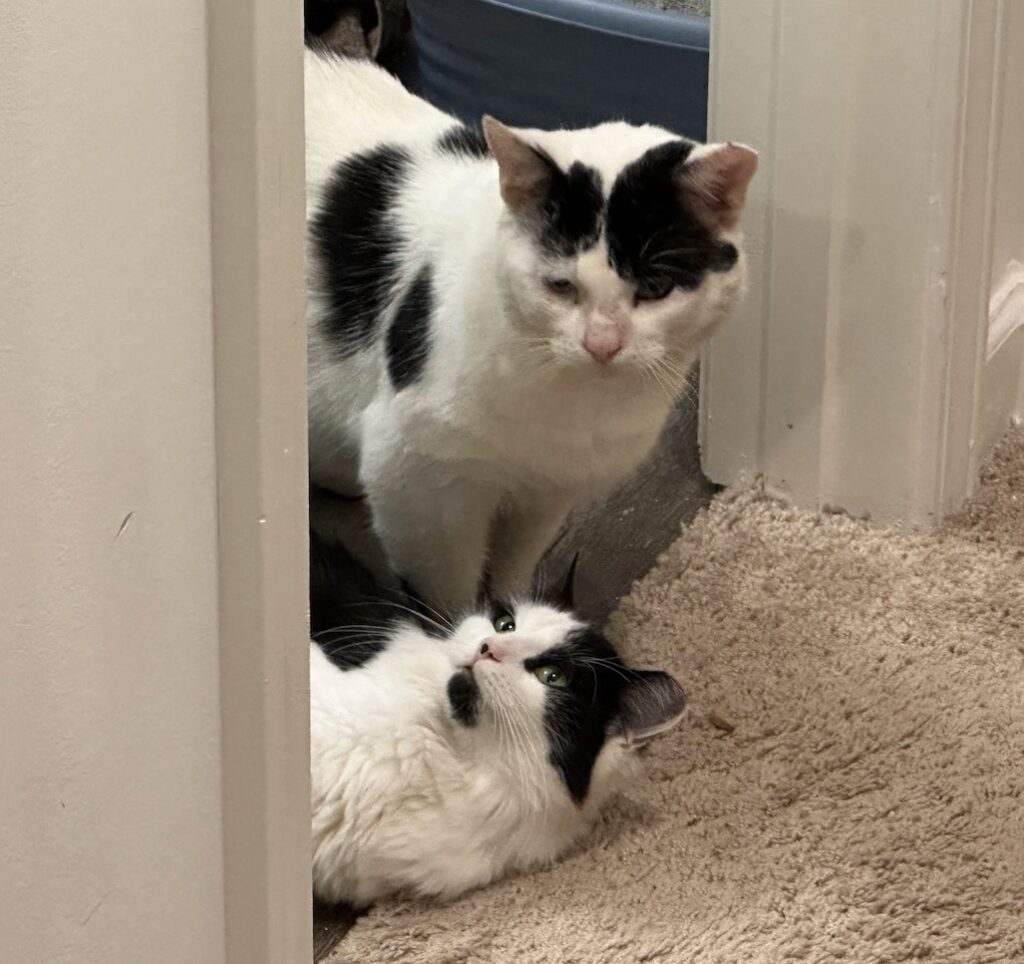 We trapped two of three cats (Named Blackie and Luigi), from a lady who had been taking care of them as outside cats.  Nationally, it is called TNR – Trap, Neuter, Release, a process whereby concerned cat lovers trap cats, get them spayed or neutered, and then release them back into their outdoor environment.  Getting them fixed means no more kittens (who have a 75% mortality rate if born outside), and an attempt to control the cat population.  Plus, with this winter freeze, the cats had a good chance of dying without shelter. 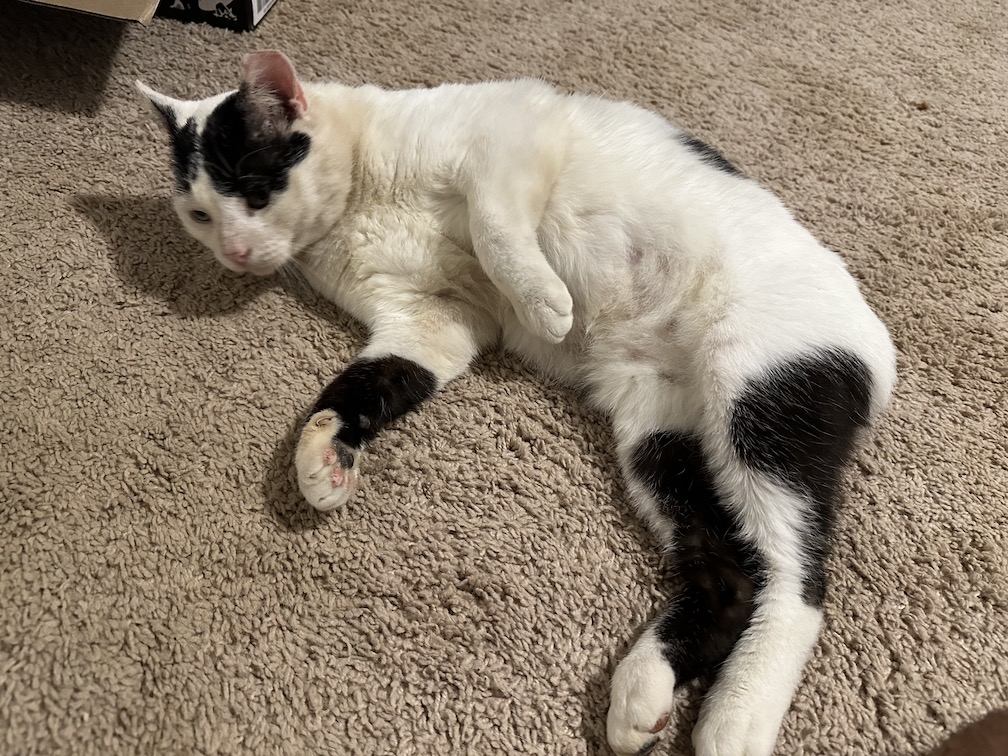 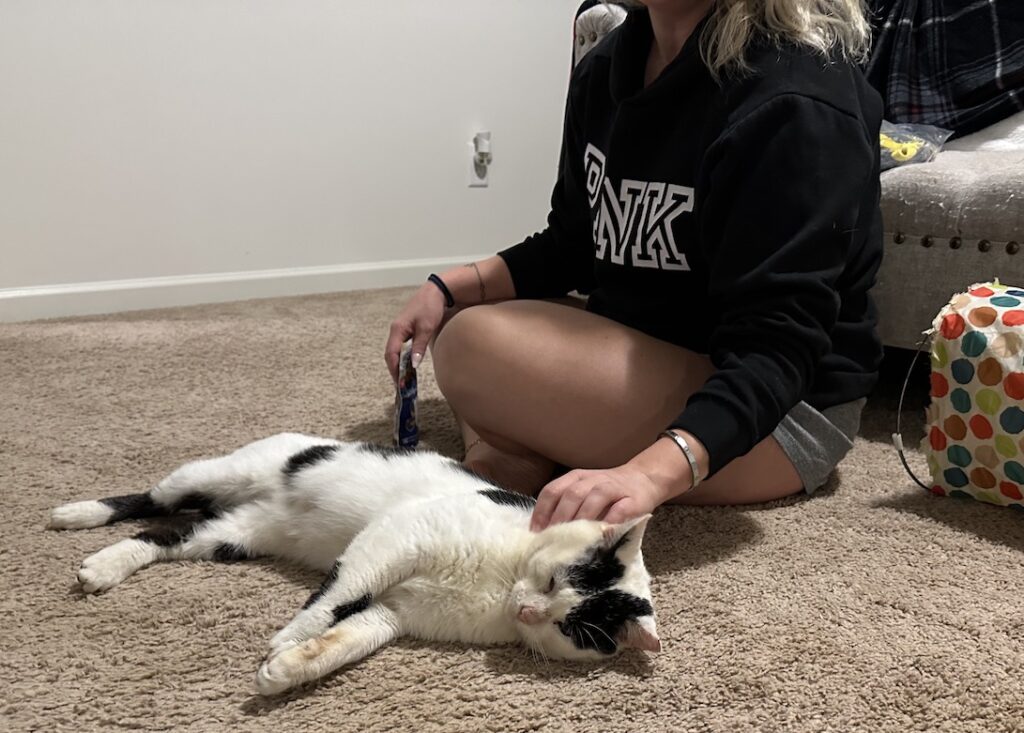 Luigi getting some love from Crysstal 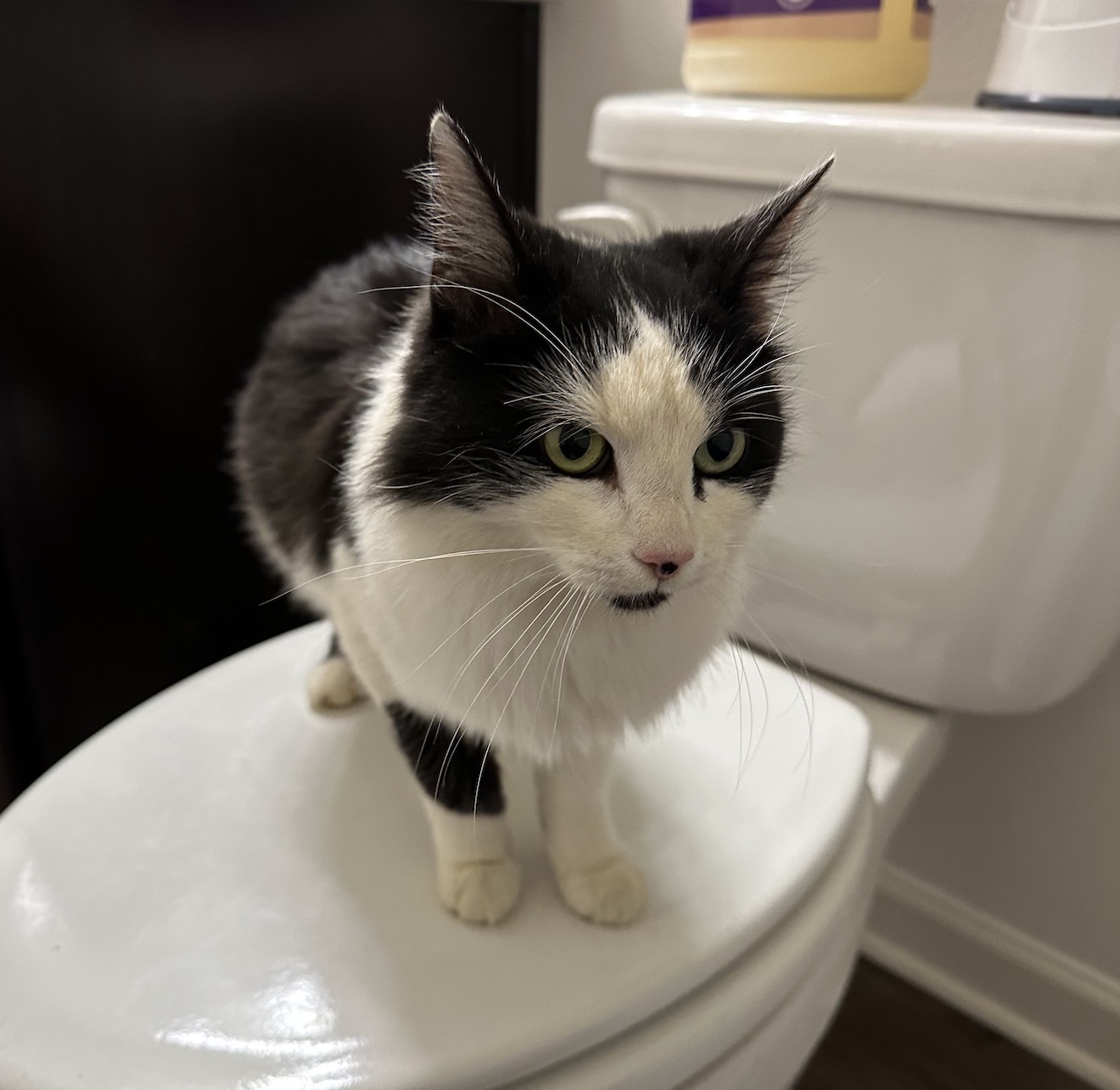 Mario turned out to be a girl! (So we changed it to Maria)

We still had Mario to trap and we were very worried about her (the lady’s son named her Mario since the other was Luigi). Fortunately we trapped her the next day to everyone’s delight.  She has since been spayed and is looking for a home along with Luigi! 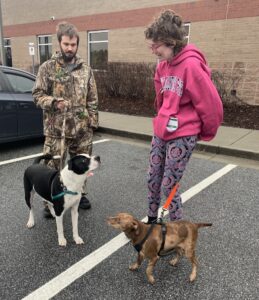 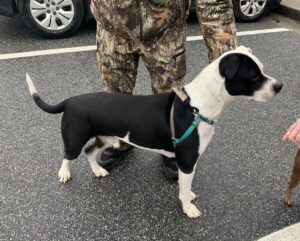 While picking up Luigi and Blackie from getting spayed and neutered, we met this couple who had recently become homeless and they were trying to surrender these two beautiful dogs to Gwinnett Animal Control.  Gwinnett, like most shelters, is overflowing with dogs and cats and was not taking any more strays or surrenders.  And if they had, they would be at risk of being put down if not rescued or adopted.  These two dogs were total sweethearts, and so I arranged to have them surrendered to Athens Humane Society whose CEO I had befriended earlier that week.  The good news is they surrendered them the next day and they both got adopted in just over a week! 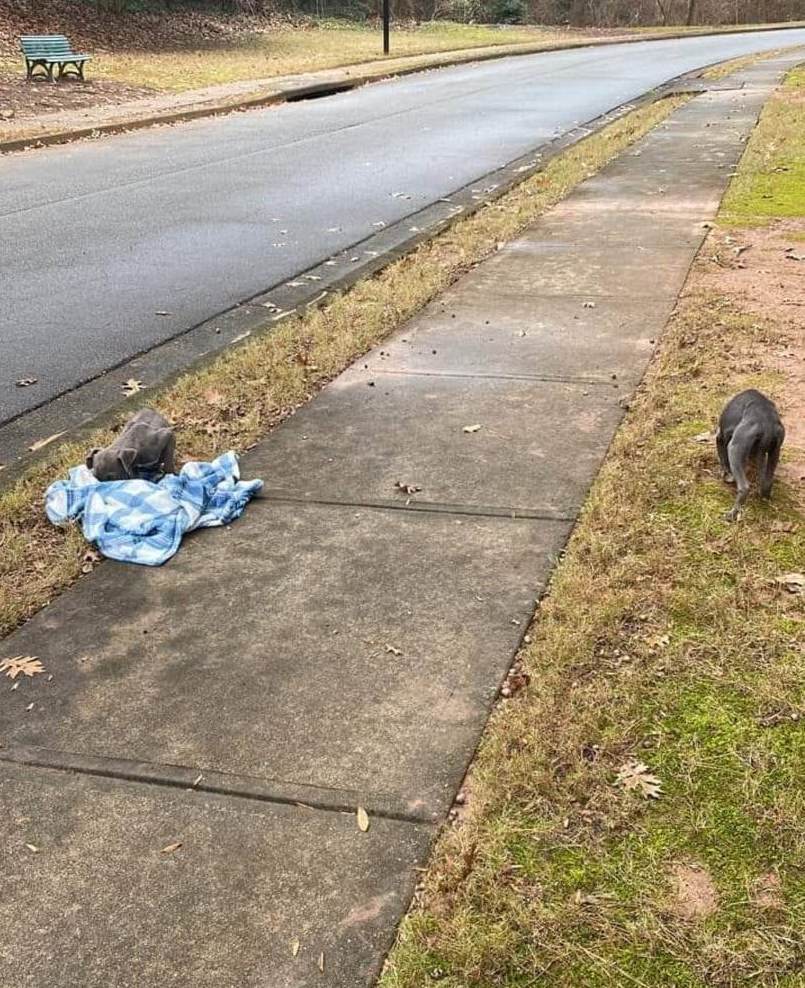 Later the same day I was contacted by our good friend Eve, who is a veterinary surgeon (and huge Star Trek fan), but who was out of state visiting her sister.  Someone had dumped two puppies in her neighborhood. She convinced the lady who posted on Facebook about them to take them in as temperatures were dropping below freezing and they might not survive if not sheltered.  But they needed rescue, so I committed to pick them up the next morning.

In Georgia, strays need to be taken to the animal control in the county where they are found.  Then after a 5 day stray hold, they can be adopted or rescued. I wanted to take them to Athens Humane Society, so after they agreed to rescue them from the local animal control, I took them in.  Unfortunately, the local animal control was closed for Christmas! So I called Crysstal and told her we had guests until Tuesday when animal control would open again.  They were absolutely adorable and had a little condo set up with a separate area where we put down pee pads. The good news was they were VERY well trained and peed and pooped on the pads almost every time! 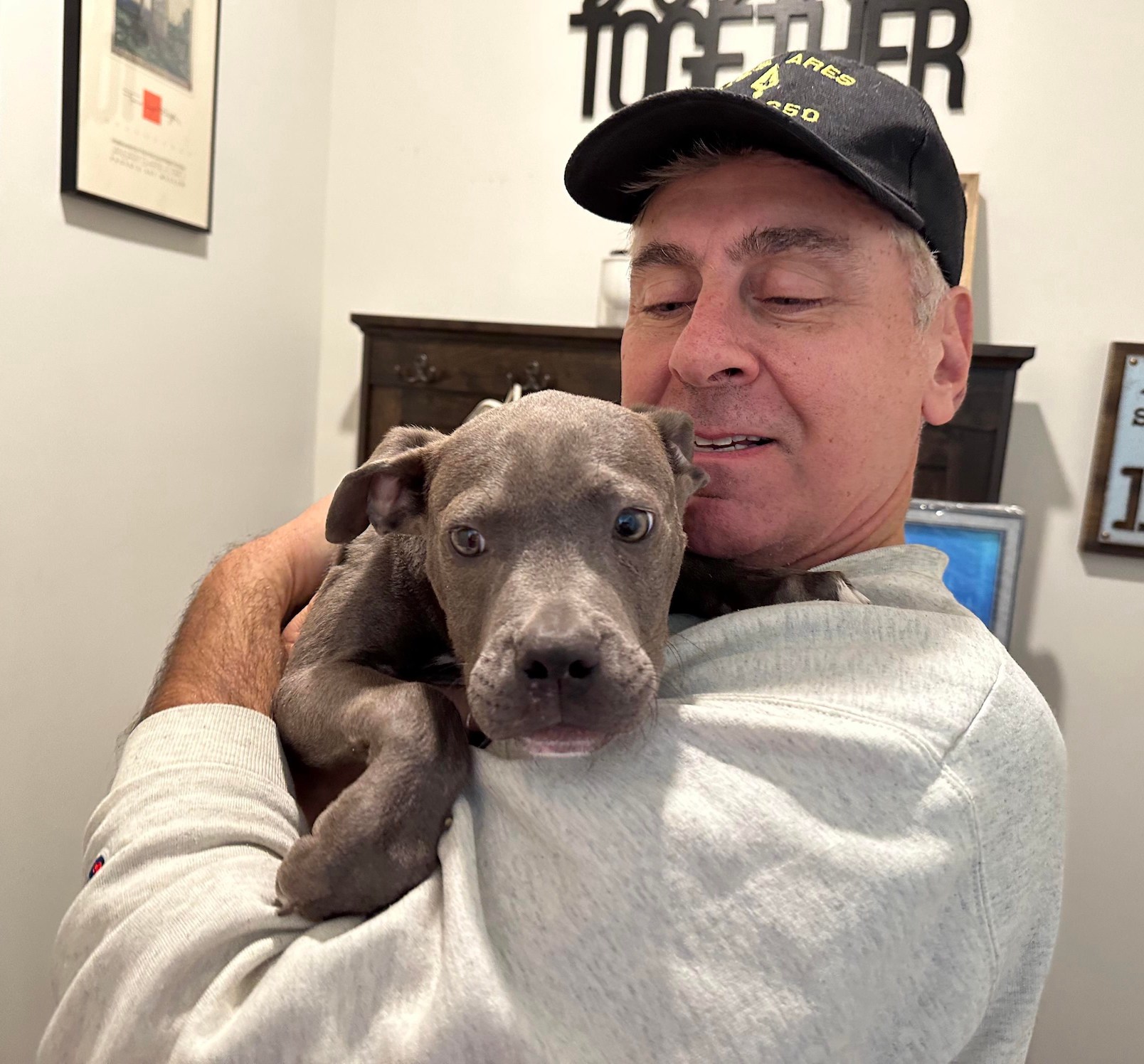 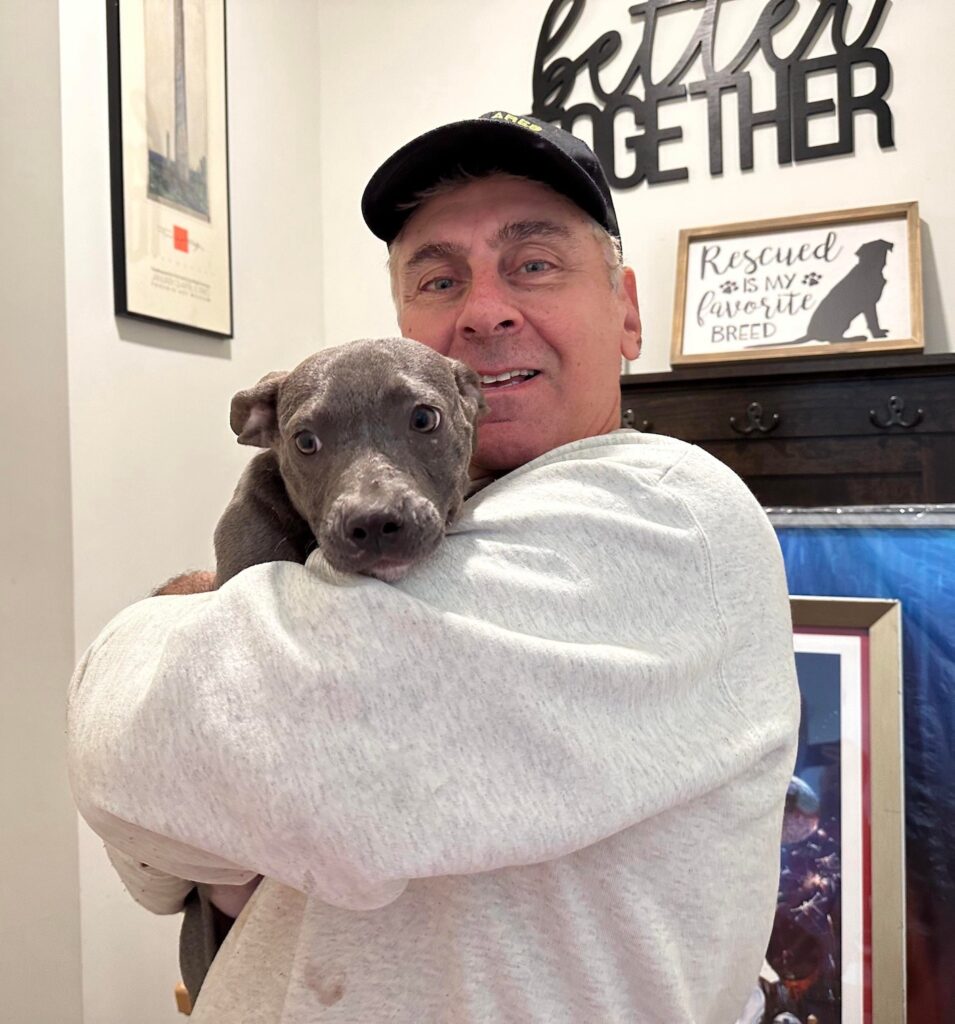 We named the girl Cory 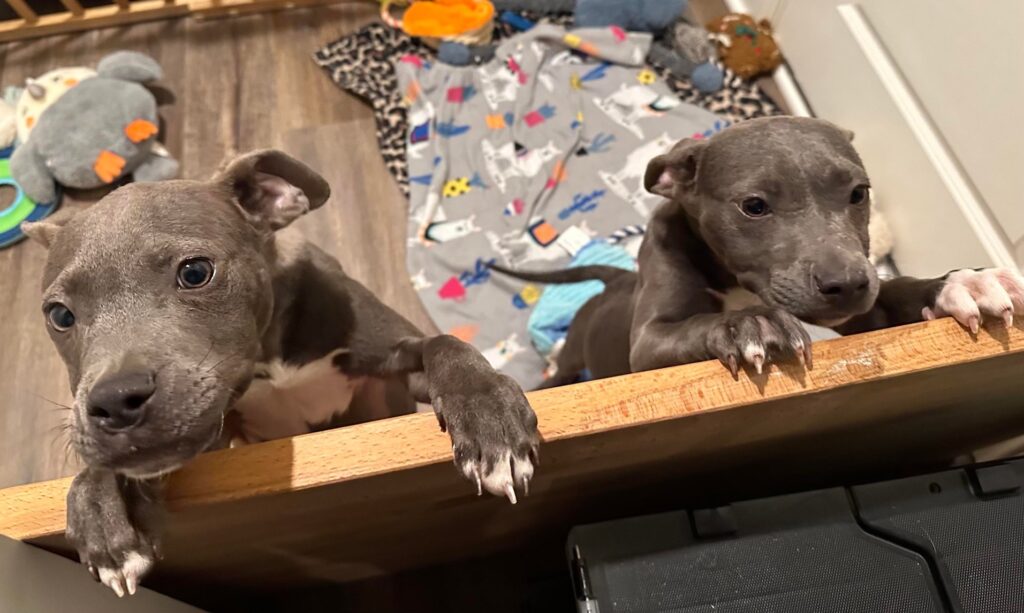 They loved looking over the table we used as a barrier. They just loved attention. 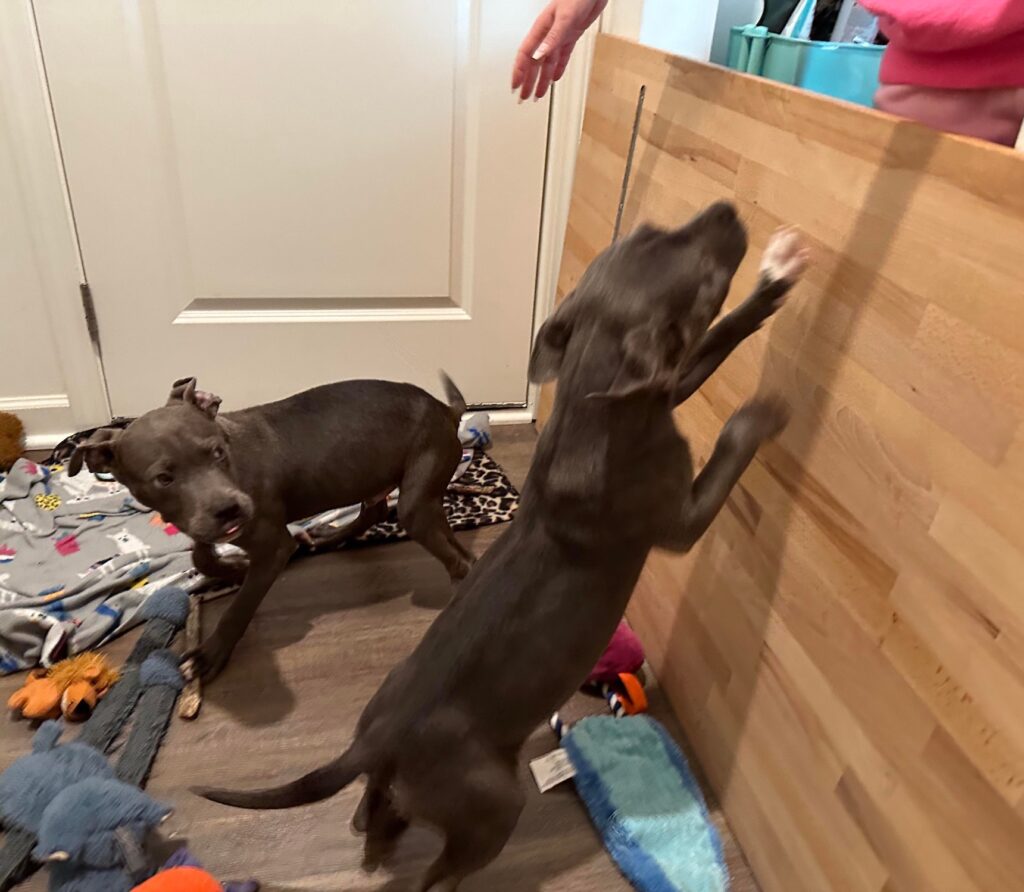 They couldn’t get enough love! 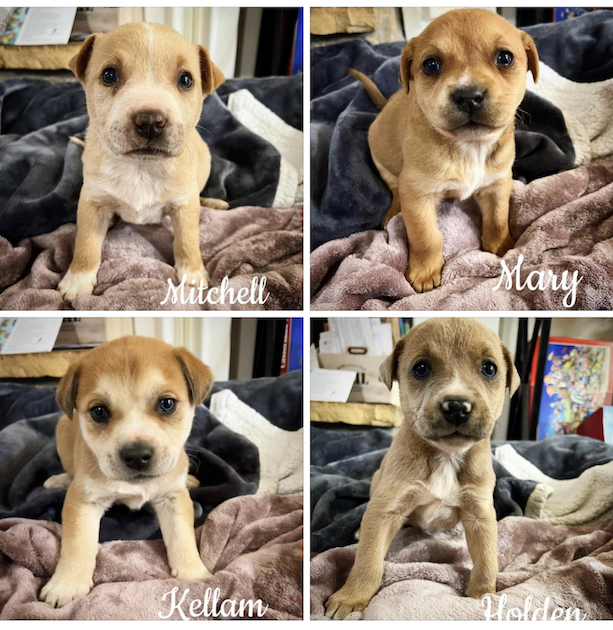 8:00 Christmas night, I was contacted by a local rescue friend about 6 puppies that were outside.  This was simply not acceptable as the temperatures continued to be freezing. They were at a nursing home in Griffin, an hour and a half away.  A rescue in Woodstock (also 90 minutes away) agreed to take them but they needed me to pick them up.  Crysstal was at work with our Mazda, which had all of our rescue equipment (crates and blankets) and drove an hour to get the Mazda, then down to Griffin, where I scooped up four puppies (two had been taken by a nurse for her family) and was off to Woodstock where they are now safe with rescue.  I finally got home at 3:30am.  Quite the Christmas night! 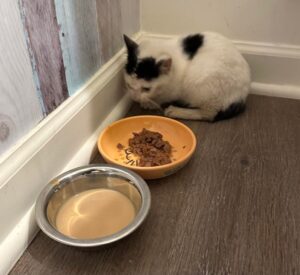 Last night, Crysstal got a call at 9:00pm that the chef at her work, who is a fantstic care taker of dozens of communit cats, had trapped a lone kitten.  Crysstal drove down and pick the kitten up who was not happy!  She hissed and growled and we set her up in our downstairs bathroom with a blanket, litter box, food and water.

This morning she was terrified and hiding in the corner.  She hadn’t touched the food. So I slowly started petting her and I moved the food right in front of her.  She gobbled it all up! ( and another serving two hours later).  She now lets me pet her, pick her up and hold her.  We have a vet appointment later today.

We Need Your Help!

All of these efforts cost money and we could use your help!  PLEASE donate to our Gofundme!  We need to raise $1,000 to cover these expenses.  Every donor gets a free Axanar Animal Rescue patch or Boomer Squadron patch!