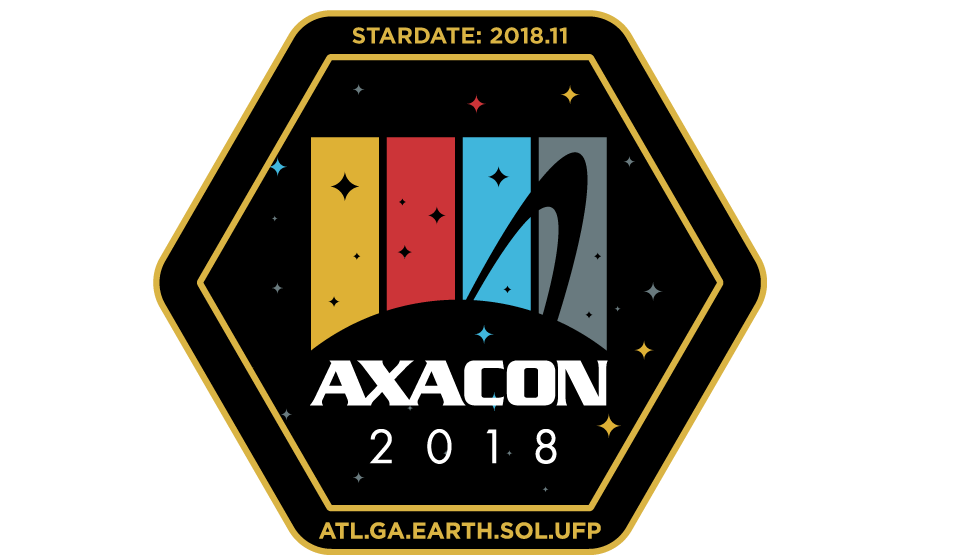 Axacon hasn’t even happened yet and we can say we are already a success.  Why?  Because Axacon isn’t about producing a convention for a few dozen people who attend.  It is about creating a convention for hundreds of thousands of Axanar fans around the world!

We have TWO videographers with 4 cameras filming the entire event.  Everything we need to get all the footage we need for everything Axanar related moving forward.

I have told people from the beginning we will sell maybe 50 tickets to Axacon, and that is fine.  Why?  Because selling tickets isn’t the goal of Axacon.  Sure, we would love lots of fans to come as we made the con so the fans who do come will have an awesome time in a small, intimate setting and get to spend quality time with all the guests.  It will be an experience unlike any other they have ever been to.  But if we don’t sell a single ticket it will still be a success. Why?

I previously posted our three goals for Axacon:

2.  Axacon serves as a celebration of the Axaverse and the fans who support it.

3.  Axacon will be filmed in its entirety to create content for our website, YouTube channel, Blu-ray and Facebook page, and to promote the next two episodes.  This is the primary goal for holding this event.

Now the reason I say that Axacon is already a success, is because:

# 1 happens even if we don’t sell a single ticket.

# 2 is happening, and the only question is how many fans will be a part of it.  The guest list is awesome and the chance to not just get an autograph, but hang out with Gary, JG and the entire Axanar team, is what makes Axacon cool for fans.

But even if we don’t sell a single ticket, all that means is that I spend more money. (I expect to spend about $ 5,000 on the event). And after spending $ 200,000+ on Axanar, that isn’t a big deal. Axacon is a business expense.  But it is a celebration as well.

Jonathan Lane told me he spent $800 on his son Jayden’s last birthday party. Only 15 kids came, and the presents barely got over $200 combined.  So was it worth it?  Of course it was!  Because making money wasn’t the goal. The goal was a celebration.

So really, the main success of Axacon revolves around # 3, filming the entire convention and all the amazing guests.  Filming every panel, doing multiple interviews with each actor and producing quality content for our website, YouTube channel, Blu-ray and Facebook page, is the main goal, because then EVERYONE gets to see Axacon.

I can say Axacon is already a success as we have a great guest list we will be filming. Fans around the world will get to hear from all of these guests: 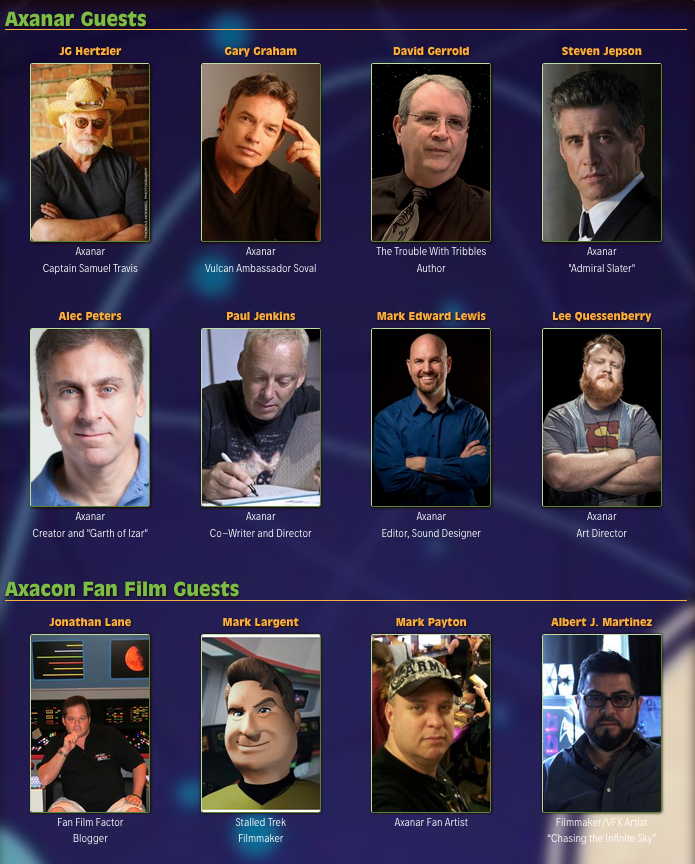 With two videographers with 4 cameras filming the entire event, we will have a huge amount of content, and as the saying goes, content is king!

Axacon will be a huge success.  We think it already is!  Now we just have to share it with the tens of thousands of you who have been supporting us for 4 years!