A ‘Death Howl’ for Kur’Den

A guest blog by Don Gaffney 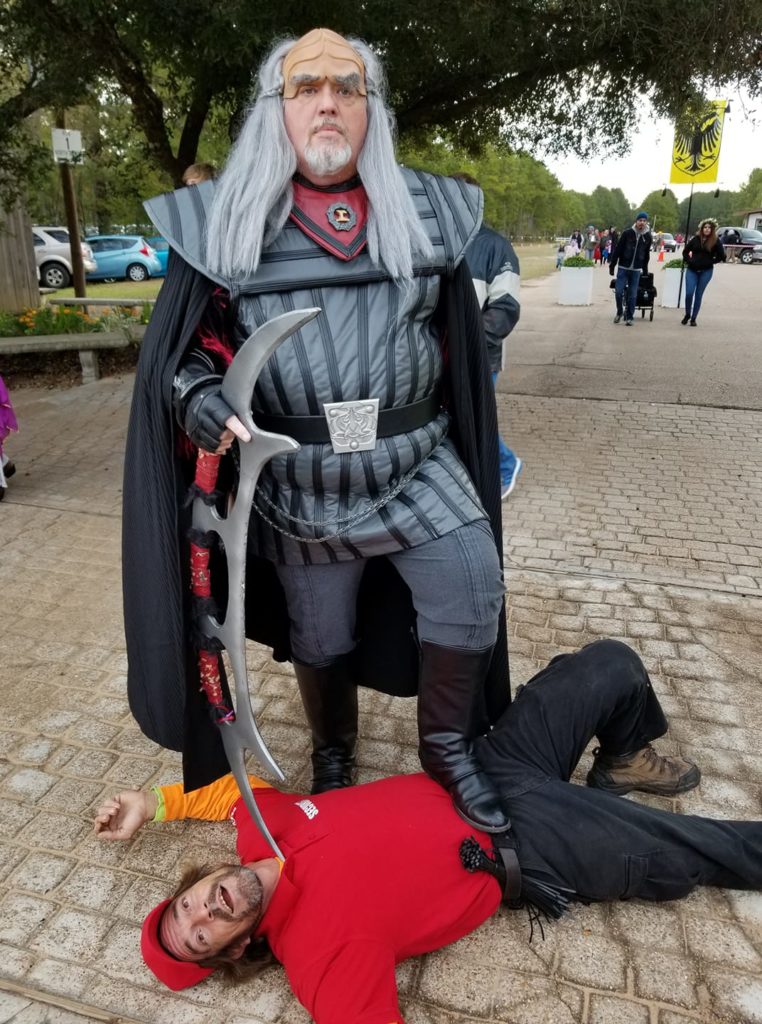 As many of you may already know we lost one of our own a couple of weeks back. Mighty Klingon, and Axanar supporter, Denzil Miracle passed away surrounded by family a couple of weeks ago after battling brain cancer. His wife called me shortly after he passed as I was preparing to come say my goodbyes. The family believes that Denzil was putting on a brave face but knew the time had come. He was simply waiting for his son to fly in from Oklahoma so he could see him one last time. He got in around 1 am and they stayed up and talked all night. Denzil said he needed to get some sleep and passed a couple of hours later, I’m sure he was at peace having reaffirmed his love for his family. I believe he was ready and, instead of succumbing to this monster, decided to greet it in the knowledge he had made his peace and that his family would be fine.

Well, his family is stronger than I am. It’s weeks later and I’m still trying to process the loss of my friend. I’m certainly no stranger to death, but Denzil’s passing has left a void. I’m a combat veteran, former bodyguard and current LEO. I’m supposed to be tough but Denzil was that person who offered an escape from all of that. With Denzil I was a kid again. He re-ignited the fan boy in me. His enthusiasm and excitement were infectious. We would spend hours talking on the phone with him picking my brain on all things Klingon. He was an avid costumer and Im proud to say I had a hand in designing the uniforms he loved to wear. Even his Facebook profile picture was an illustration I did of him in his General Kur’Den Costume. He honored my by choosing it and now it will be his profile pic for as long as Facebook exists. 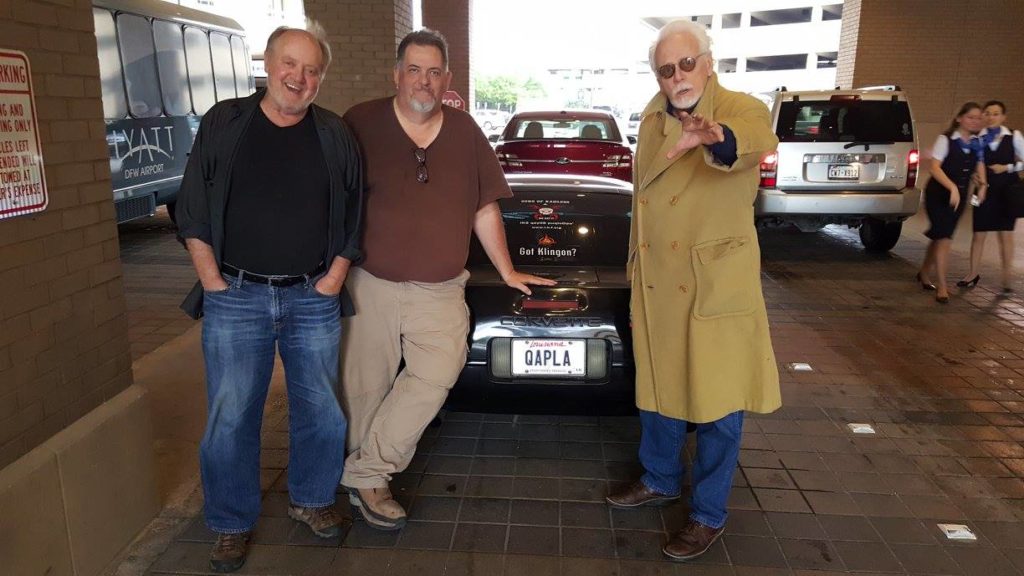 Denzil was a master at CAD design. His Shapeways store was a boon to Klingon fans as the things we would come up with would then go on his store. Denzil insisted on very little mark up as he wanted his things to be affordable to those who shared his passion. His costumes, although based heavily on existing uniforms, always had a distinct Denzil flair. The “Tribble Hunter” was always a convention favorite as was his grey, Star Trek 6 style General’s uniform. He loved being a Klingon and he brought that sense of play and imagination with him wherever he went. 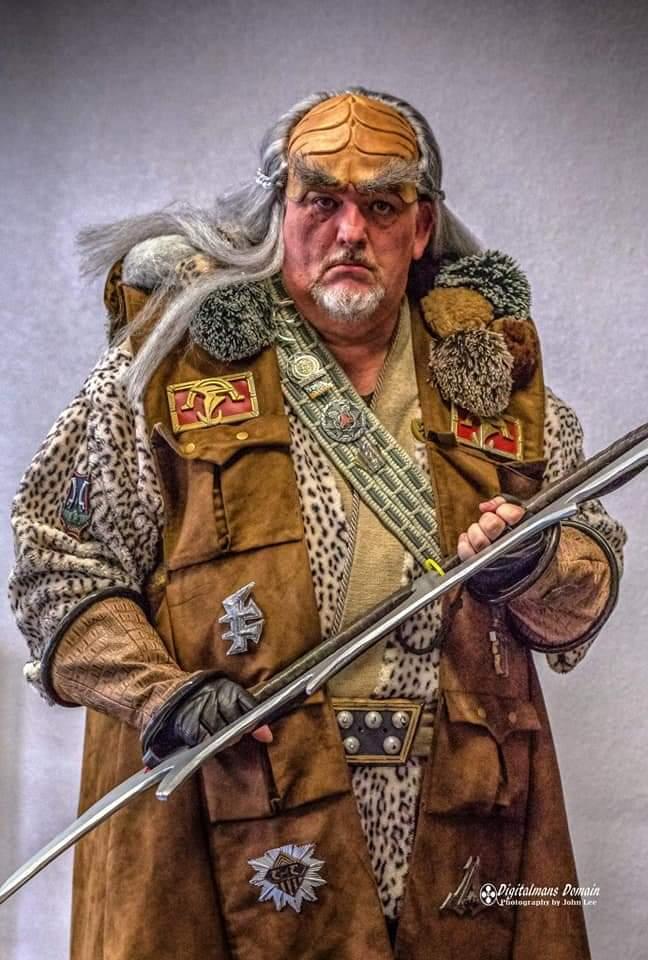 Denzil was also an avid supporter and fan of Axanar. To Denzil, Axanar was canon and anything else was a caricature of Star Trek and the Klingons in particular. Axanar excited him and inspired him and when I invited him to Axacon he was beyond thrilled. He and his lovely wife, Melissa, made the drive to Lawrenceville from their home in Denham Springs, LA. Denzil tried, and failed, to contain his joy. Axacon was a dream come true. He got to sit in General Chang’s Chair and see Chang’s screen used uniform. He got to sit on the bridge of a Starship and had the opportunity to have lunch and talk with Gary Graham and JG Hertzler. I think this was probably one of the best weekends Denzil ever had. For that I will be forever grateful to the AXANAR family, Alec, Gary, JG and everyone involved. I had no idea that would be the last time I would see Denzil. Denzil kept inviting me out to Louisiana but our schedule at the Sheriffs department and finances kept turning it in to “Not this time, but soon”. 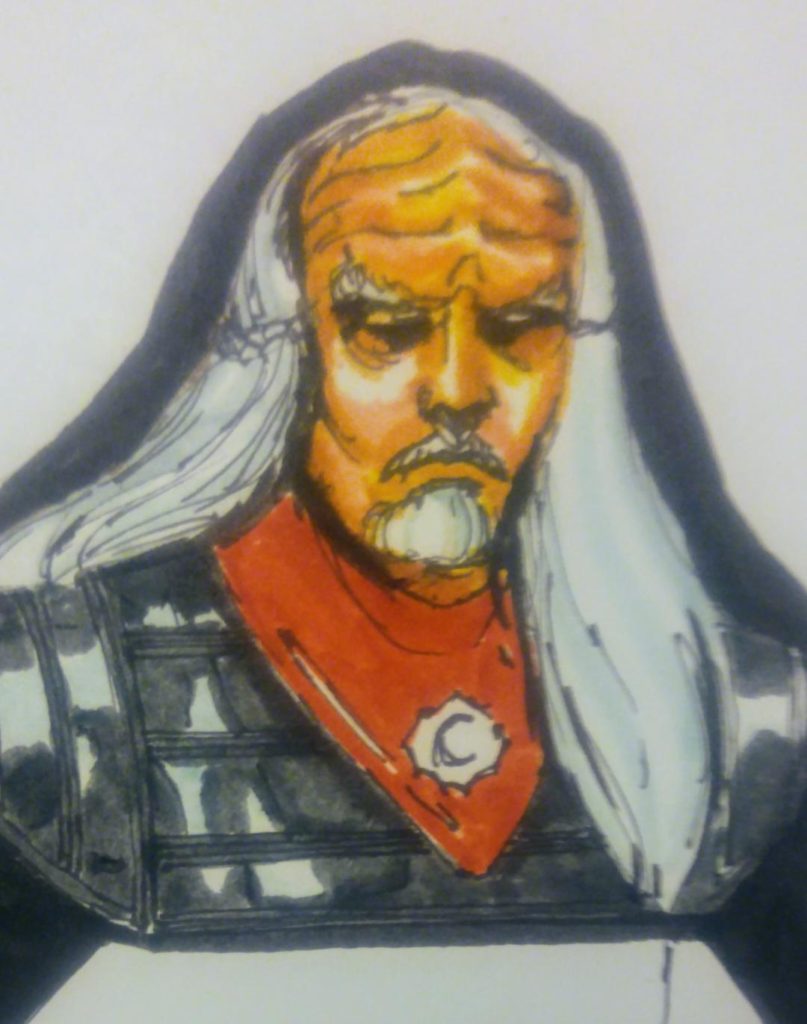 In March of this year Denzil called me and told me he was having issues with eyesight and dizziness. He told me it was getting harder to drive and he was going to go in to get it checked out. Initially what was thought to be 3 shadows on his brain were detected. Denzil told me he wouldn’t be going to cons for a while until this was taken care of. In typical fashion he was downplaying the seriousness of what was going on and that was the last Id hear from him for a while. My calls would go unanswered and unreturned and though he was signed in to our Discord page and Facebook there was no activity and no responses. It was only after contacting relatives of Denzils through Facebook I was made aware of what was going on. My friend was dying. Denzil had 13 inoperable brain tumors. Chemo had been ineffective and he was looking at 4-6 weeks. Devastated doesn’t begin to convey what I was feeling. His daughter told me to call Melissa and she filled me. She told me of the prognosis and that if I was going to come say my goodbyes I had best hurry. Sadly, the diagnosis of 4-6 weeks turned out to be generous and Denzil passed shortly after his 58th birthday. I know I am being selfish. I know that the loss his family is dealing with is deeper ad more profound than my own but I am a selfish bastard. I feel ripped off. I feel that someone like Denzil deserved to outlive me. Im angry that his wife, kids, and grandkids had this bigger than life mountain of a man taken from them to soon. Im angry that I don’t have my buddy to talk with for hours about our mutual love of Trek and Klingons. Im mad at myself for not honoring his enthusiasm and friendship by finding a way to have made those ‘sometime soon’ trips. Most of all Im sad. My friend is gone. I no longer have those conversations and collaborations to look forward to. I am going to miss him dearly. He was a kindred soul and a kinder soul. Oh, how I wish he could’ve stuck around long enough to see Axanar completed. Who knows, maybe he will have the best seat in the house.

I am not really a stoic Klingon. I cant really merely howl for my friend and then move on. I’m a human being and I cry for my friend. What I can do is carry his spark forward and continue to wonder at the things he wondered at. I can continue to nurture that inner child that still marvels at space battles and alien warriors. 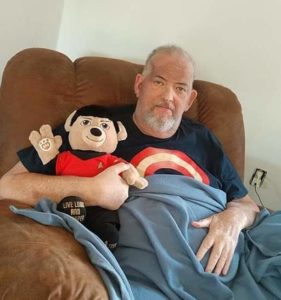 Don’t worry, brother, no matter how the world presses down at times I will honor you by playing for both of us. May the wind be at your back, Den, you have been and always will be…my friend.