Star Trek Beyond was a Blast! 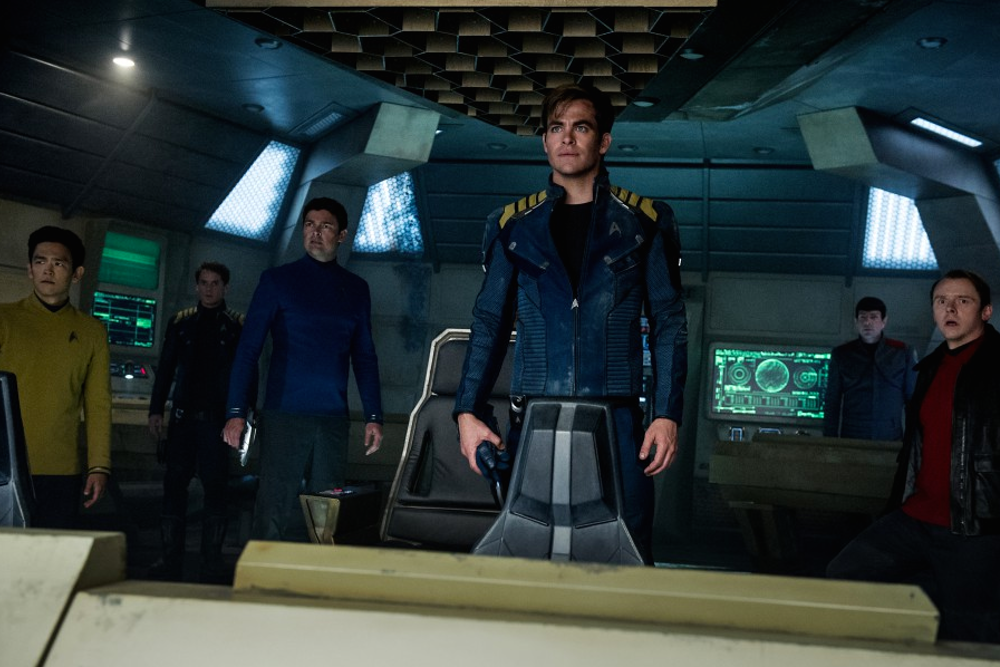 It has been a few years since the last installment of cinematic Star Trek.  That edition in the tale of the Enterprise, “Star Trek Into Darkness” fell flat with most fans I know.  But I have to say, we all love Star Trek Beyond.  Ably helmed by Fast & the Furious director Justin Lin, produced by JJ Abrams and co-written by Simon Pegg, Star Trek Beyond hits all the notes a Star Trek fan expects, while at the same time delivering the action and thrills studios demand in their desire to reach a wider audience.

What hit me the most about STB was that the team delivers exactly the type of character interaction we have all come to expect from Star Trek.  From the first scene between Kirk and McCoy celebrarting Kirk’s birthday, Lin and Pegg let us know they are Star Trek fans and they know what us fans want.  The entire movie has wonderful interactions between our main characters in keeping with what we came to expect from Shatner/Nimoy/Kelley in the Prime Universe.

Oh yeah, I have a couple nit-picks.  But the movie was a lot of fun.  The cast has settled comfortably into the characters we know and love, the action is non-stop (a complaint of some), the effects are spectacular, the aliens (50 in all in celebration of Star Trek’s 50th) are fantastic and you get all the cool moments you have come to expect from Star Trek.  Their are wonderful homages to Leonard Nimoy and the original Enterprise crew as well.

There are many reviews of Star Trek Beyond online, and I would say don’t read any of them.  Just go and see the movie.  While many fans are boycotting STB because of Paramount and CBS’s actions against Axanar, we all support Star Trek Beyond because Justin Lin and JJ Abrams came out in support of Axanar.  And while JJ’s statement that the lawsuit would be “going away” turned out not to be true, that was not JJ’s fault, as it is clear that Paramount didn’t tell JJ the truth of the matter.  So go out, support Star Trek Beyond, have a fun time at the theater and you will not be disappointed. 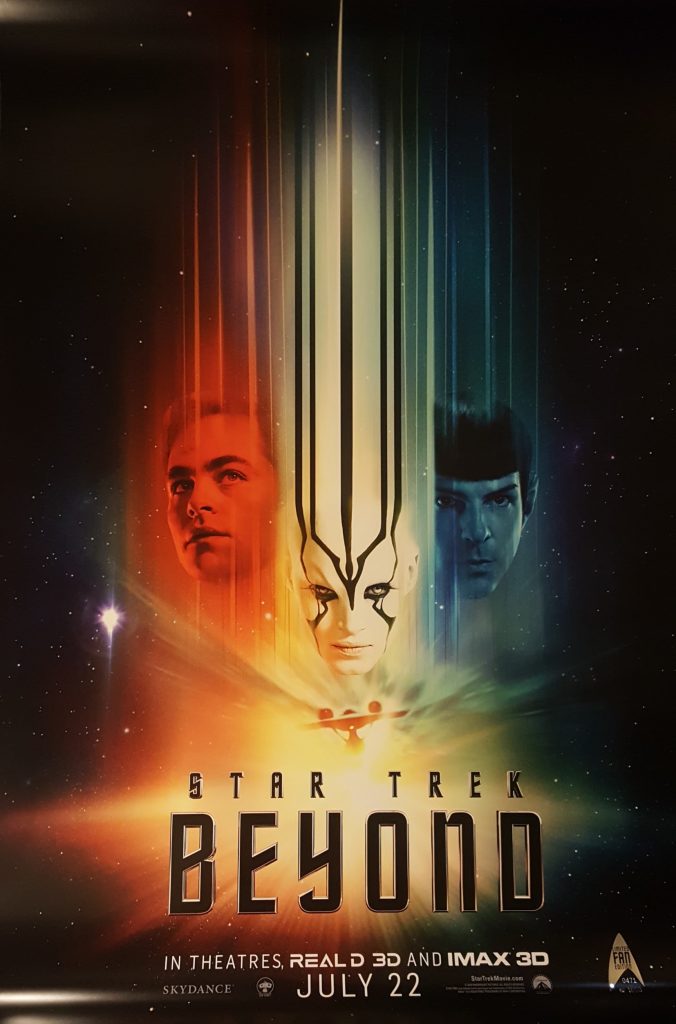 Paramount even commissioned a movie poster that is an homage to Star Trek: The Motion Picture.