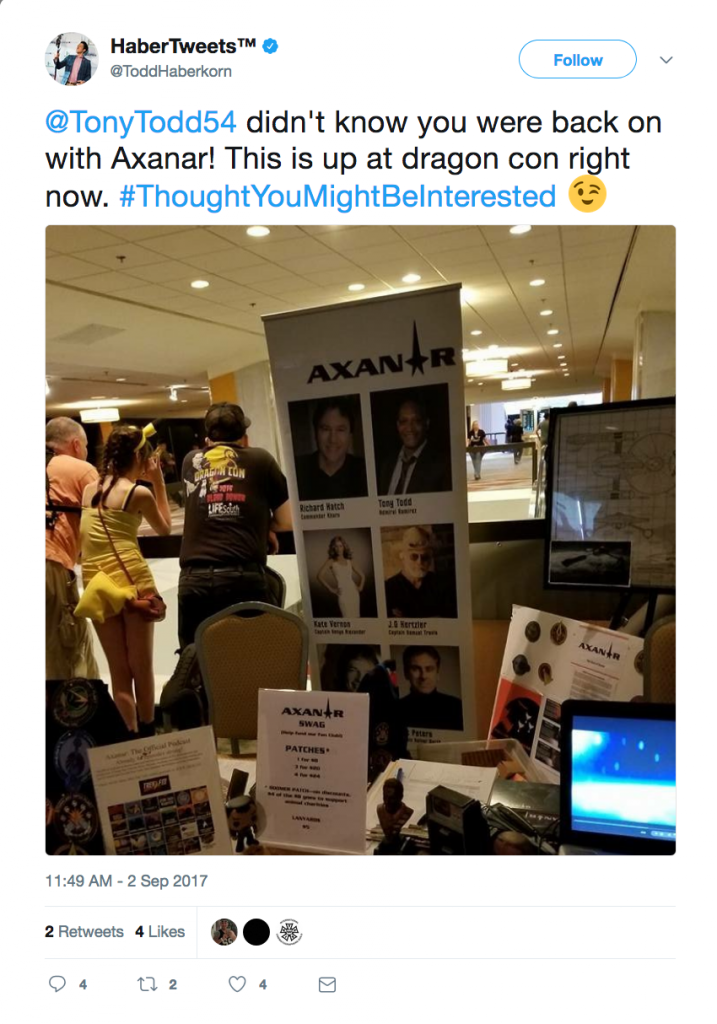 Well, I woke up today to find out that Star Trek Continues had once again, been causing trouble for Axanar by complaining to Tony Todd about the Axanar Fan Group using his photo to promote Prelude to Axanar.  Because of this, Tony complained to Dragon Con, who then, over the objection of the Dragon Con Director of Fan Tables, removed the Axanar Fan Club table.   UGH, this childish high school nonsense from Star Trek Continues gets old.  Contacting an actor from Prelude to cause trouble is incredibly unprofessional and immature.

The head of Fan Tables was very apologetic, as the decision was above his head, and he assured us he would advocate for us after the next convention.  He felt removal of the banner was the appropriate solution.  The good news is it meant Lee Benjamin, who had been manning the table, was free to walk the convention!

While a production is allowed to use an actors image to promote a project the actor has been paid to appear in, a Fan Club generally isn’t hassled by talent for promoting them.  A lot of people love Tony as Admiral Ramirez in Prelude to Axanar and it is a shame that Tony Todd feels the need to lash out at his fans this way.

None the less, the Axanar Fan Club made enough money from selling Fan Club merchandise (allowed by Dragon Con rules) that they will be buying their own pop-up banners for the next convention.

As to the rest of the convention, we all had a blast. 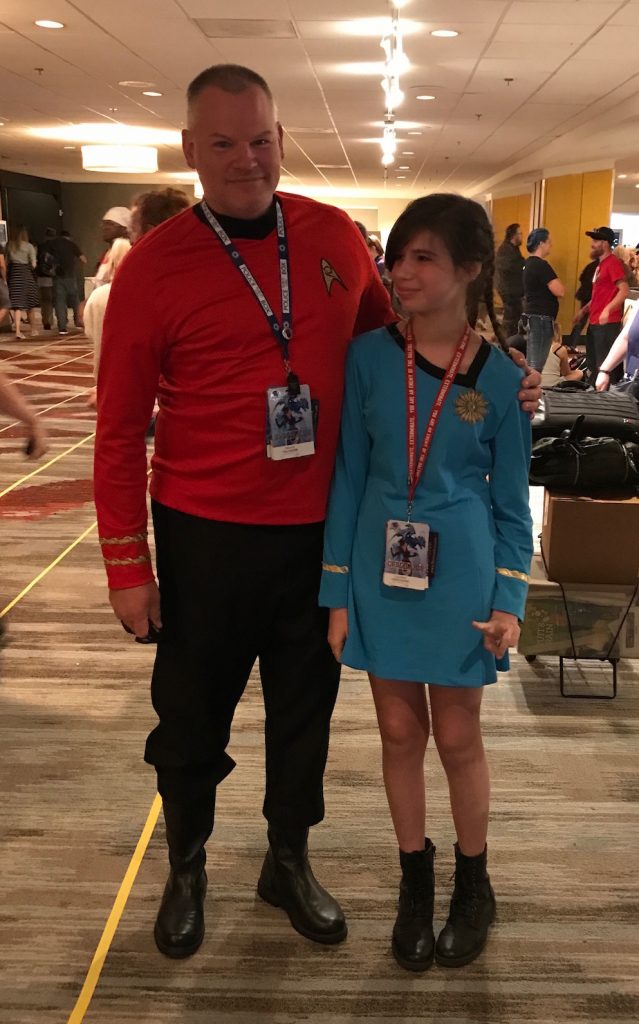 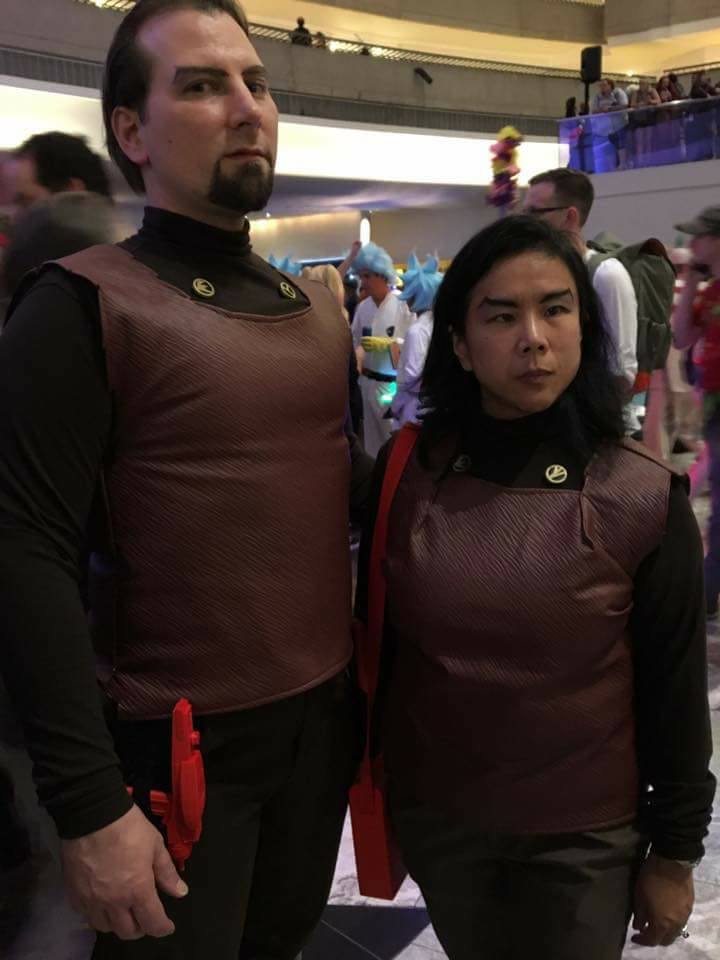 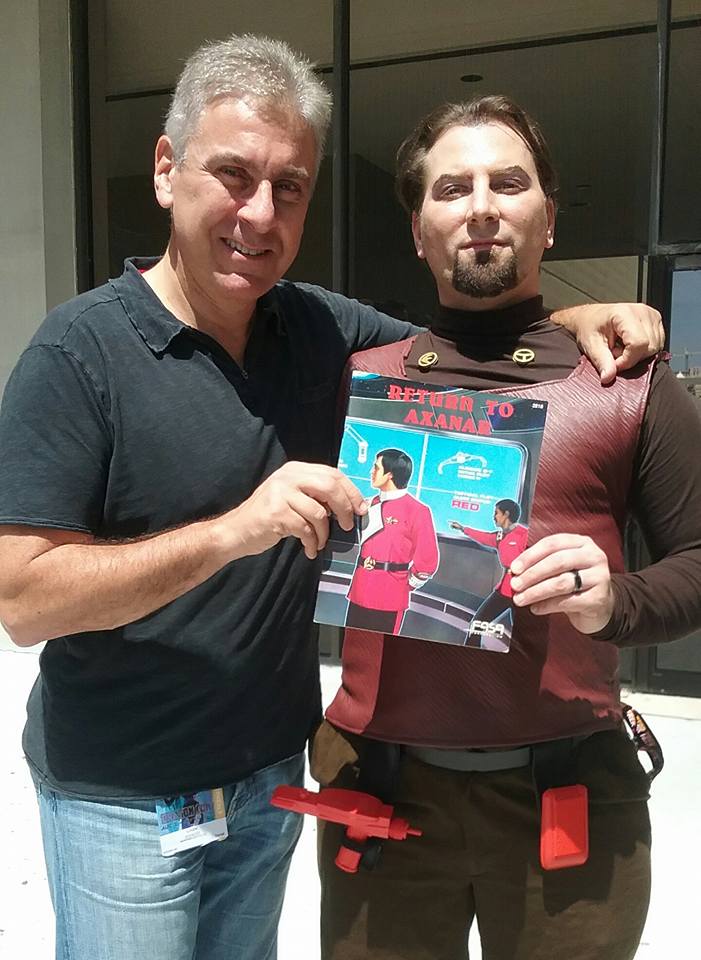 Buddy also brought along a special item just to have a photo with me!