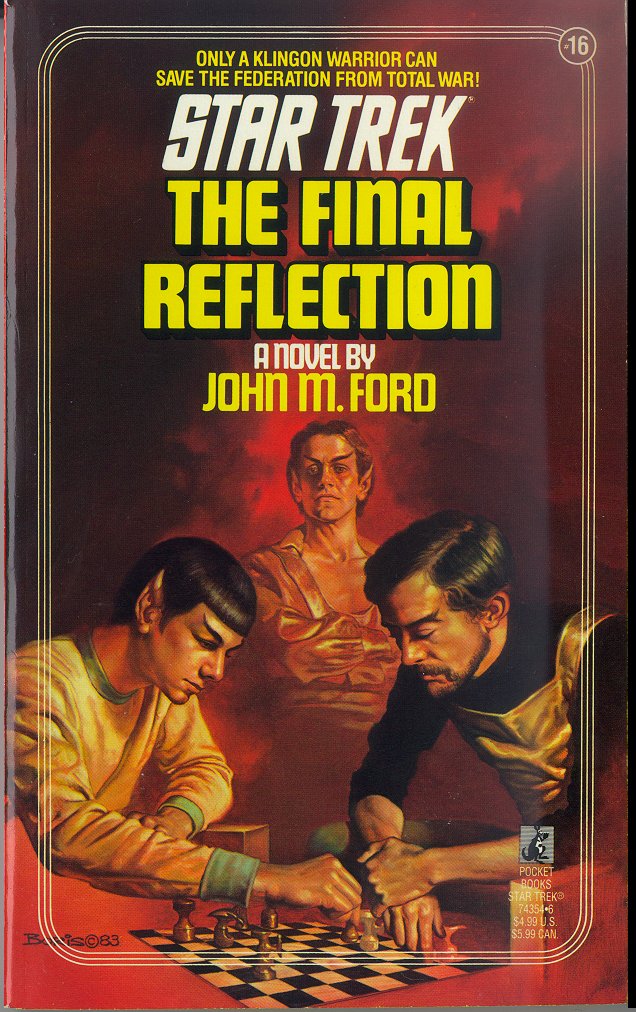 If you never read The Final Reflection you should!  It is generally considered one of the best Star Trek novels and developed a whole mythology for the Klingons, including language, before Star Trek The Motion Picture and subsequent movies/series did their own take.  I can tell you that I was profoundly disappointed that Star Trek writers never used The Final Reflection‘s amazing back story for the Klingons.

What is really interesting is that when FASA did their amazing Star Trek RPG in the 80’s/90’s, they used The Final Reflection for their Klingon back story.  It was an amazing confluence of media and hard core Trekkies noticed and it embedded John Ford’s take into the Trekkie psyche.

So in writing Axanar, we pay homage to John Ford and FASA in a few cool ways.  You have already seen us reference the Marklin class ship that is from FASA.  Well I can tell you there are a few more cool references in the new scripts.

Star Trek has a rich multiverse, and we love weaving the different elements together for the Axanar universe.  I hope you will take the time to read The Final Reflection, which is available on Amazon for Kindle!