Prelude to Axanar – A Fan’s View 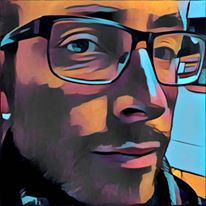 Author Fran Murphy posted this on the Axanar Fan Group, and it was so relevant, I felt the need to post it!

Prelude to Axanar was the best Star Trek I’ve ever seen. It was real, it was raw, it was relevant and it was harsh. It finally shone the light of reality on a universe that had been viewed (adequately) through the lens of cookie cutter drama. Say what you will, but Star Trek was always edited to be a television show or a movie, and was always painfully aware, in a sense, of its medium. Prelude changed that. It took all the bits that made Star Trek what it is and tossed them around the sandbox. It REVEALED to us what a sandbox mentality could produce. A richness. A reality and a heart, a feeling and a truth. Deep Space Nine was the bravest of the Trek series because it took existing elements and mixed them all up to produce something else – it gave us the Dominion War, and it proved once again how a spin off can sometimes be better than the source material. Frasier, anyone? I don’t care about the law. I don’t care who makes Star Trek. All I can say is Mr. Peters made the most Star Trek product since Star Trek bid farewell to its original cast. Star Trek dares us to do better. It says to us all to challenge the greed and blinkered vision of the capitalist system. It says we should call out lies, it says we should always aim to be David and not Goliath. In so many ways we need to win, if only to prove that in this world, the public can have a voice.  We are David. Goliath will fall.